Ollie and Jessica Allen not only designed their church conversion themselves, but have also undertaken pretty much all of the work on a DIY basis while living in a caravan on site — the result? A stunning church conversion, packed full of original features and quirky new additions.

“We bought the property from the Methodist Church,” explains Ollie. “The Church had already obtained planning permission based on the designs of a local practice, but when we bought it we tweaked it a little and therefore had to resubmit.”

Being situated in the Peak District National Park, there were stipulations regarding what could and couldn’t be done. New windows had to be timber and of a traditional design and the huge stained glass windows had to be left well alone. Elsewhere, a first floor has been inserted using a steel framework, and several new walls have been used to create a guest room/home office on the ground floor.

Despite its history as a religious building, the church, built in 1876, was actually little more than a bare hall when Ollie and Jessica bought it. “It was in a state of disrepair,” explains Ollie. “There hadn’t been a congregation in it for about four years and all that was inside was an old village hall really — it was just a draughty shell waiting to be loved.”

“The open plan living we have here is great — we have plenty of space and large rooms which are ideal for working from home, family life and entertaining lots of family and friends. We need more storage, as every family does, and I suppose our floorplan could have included a store room or airing cupboard as we miss out on this. Other than that, it is brilliant — the space evolves and our interiors have developed.” 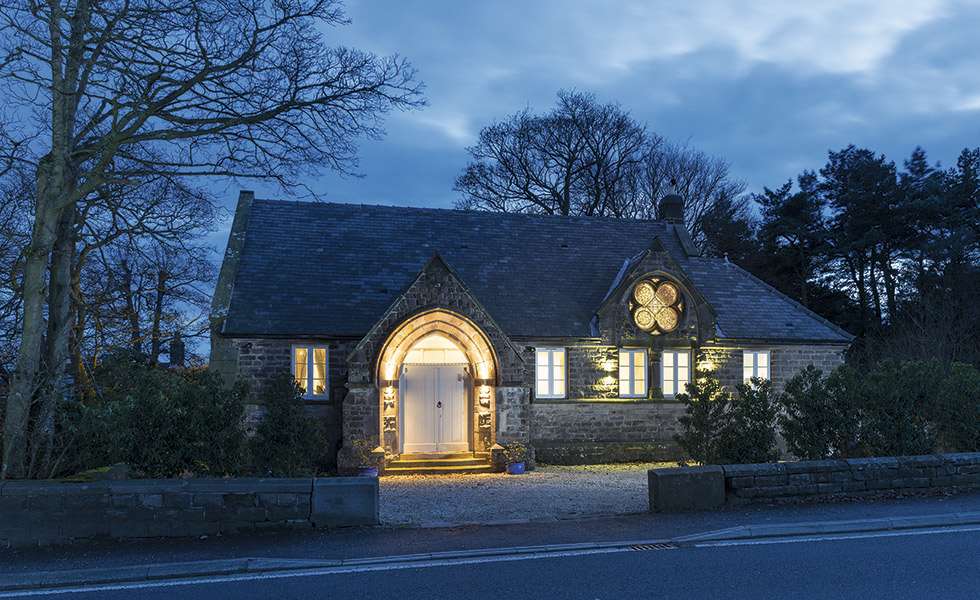 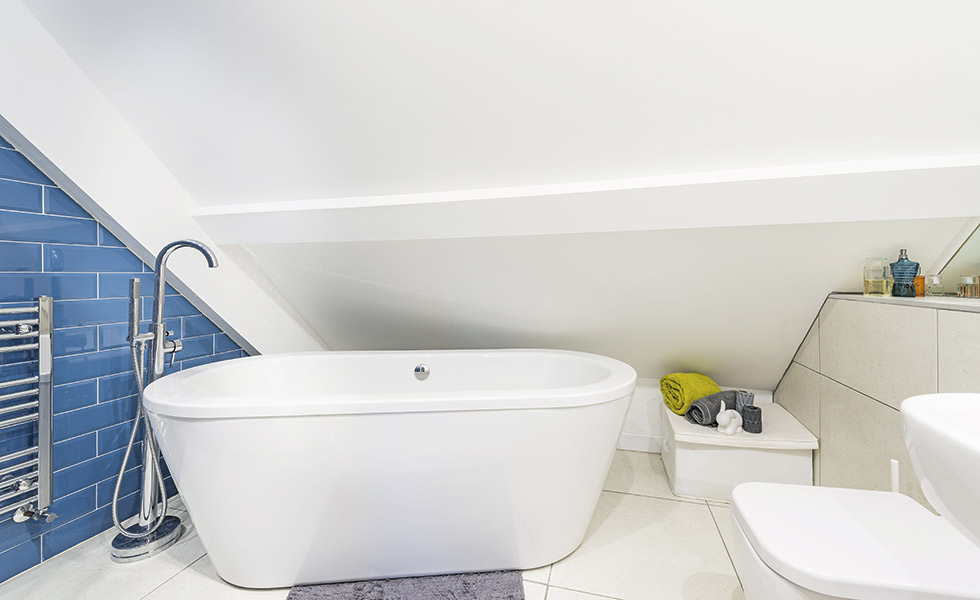 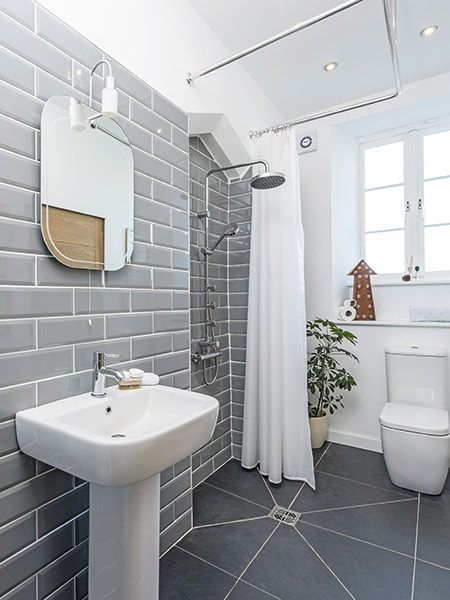 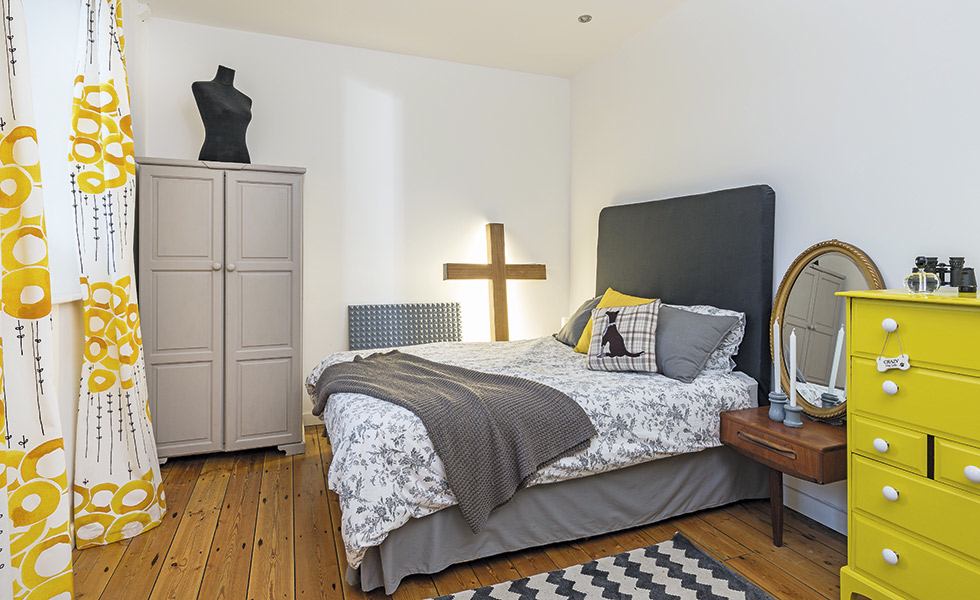 Despite a lack of religious features internally, Ollie and Jessica have ensured there are references to the building’s past 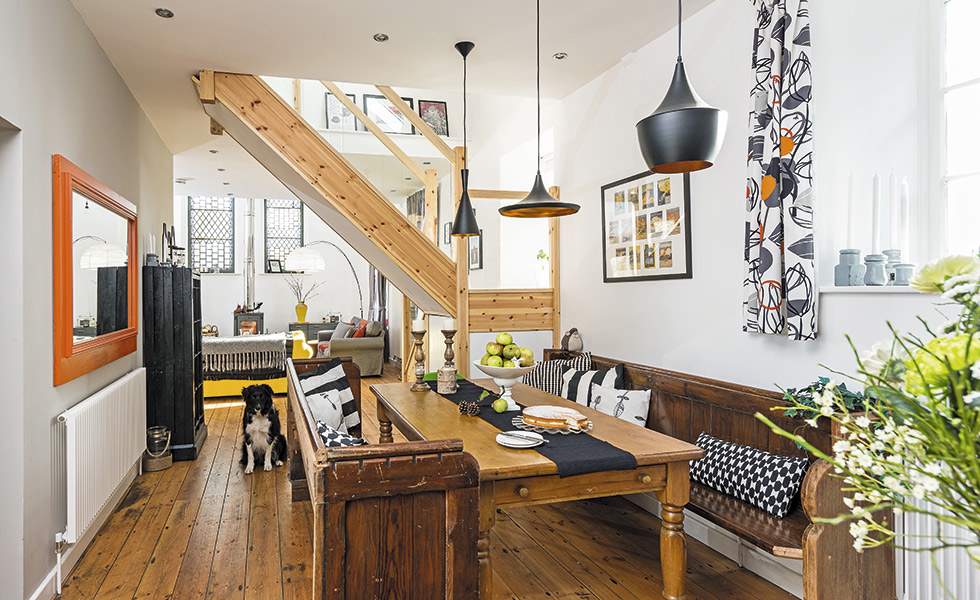 Despite being open to the living space, the dining area feels separate thanks to the positioning of the new staircase which visually divides the space 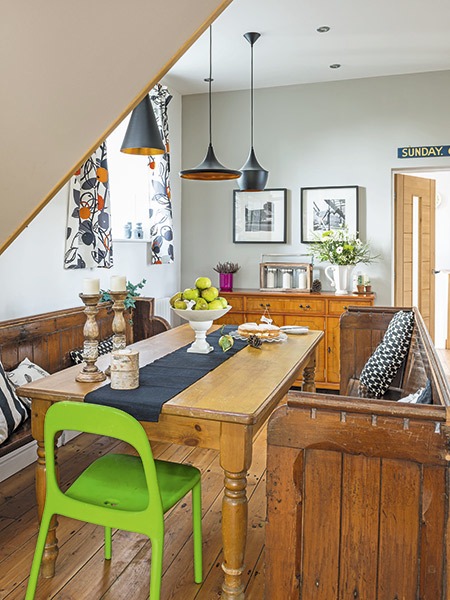 The dining space has been tucked neatly into the understairs space

Façade of the Church Conversion 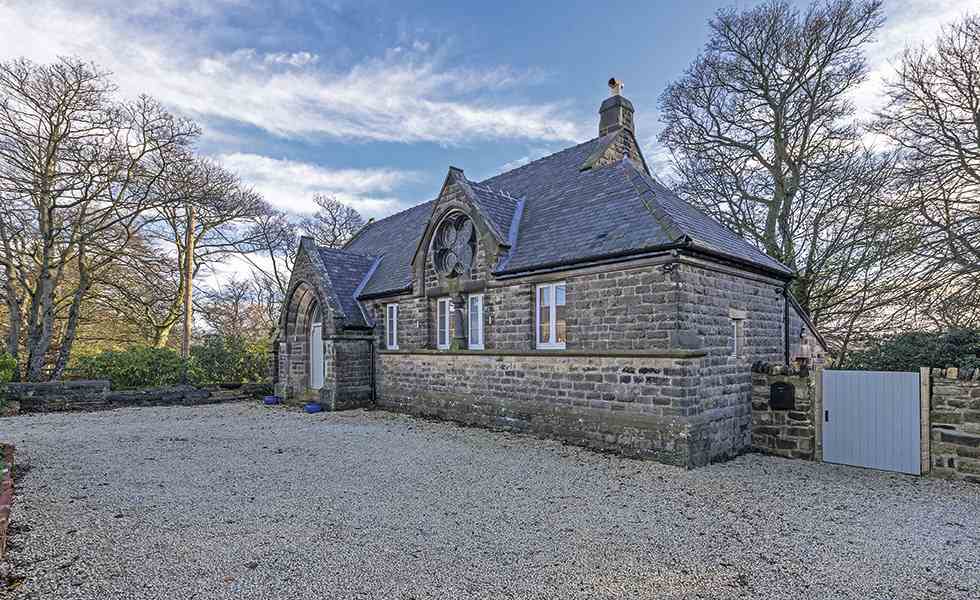 Although the stonework of the church was in fairly good condition, the roof had to be stripped and has been replaced with reclaimed slates. The new windows are timber and in a traditional style, while the impressive front door and stained glass windows are original features 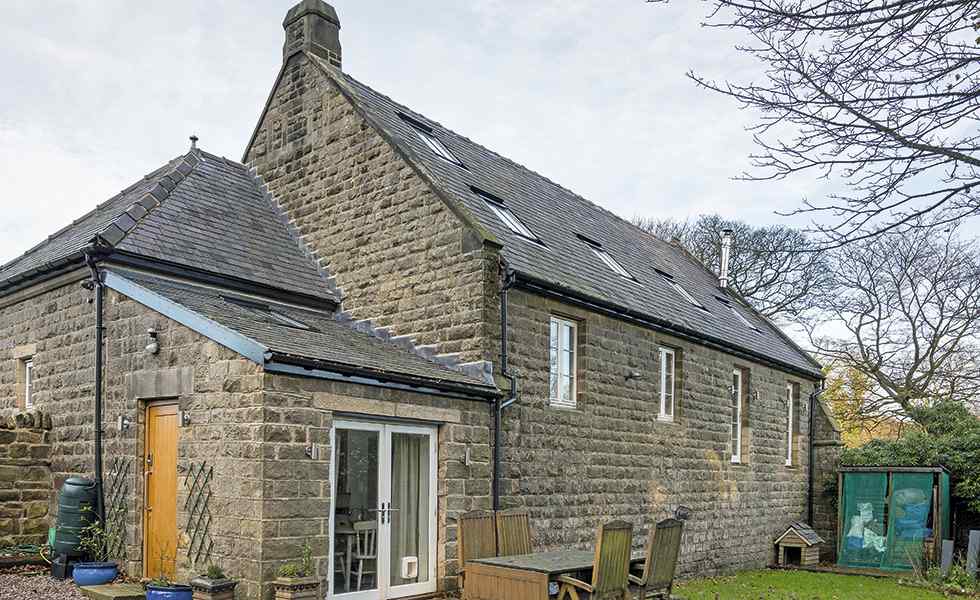 At the rear of the church, five large rooflights now bring in plenty of light; lowering and enlarging two of the windows has had a similar effect 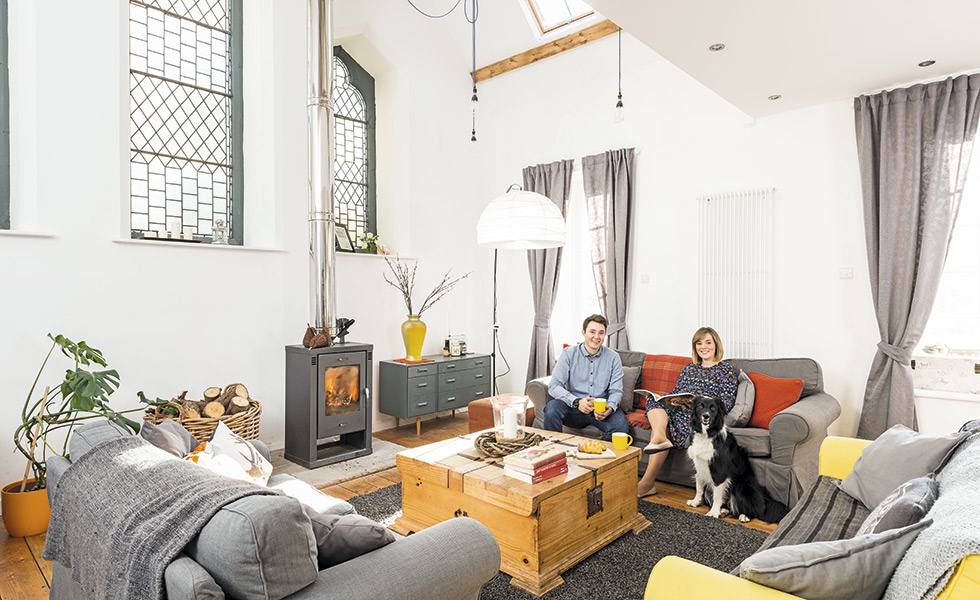 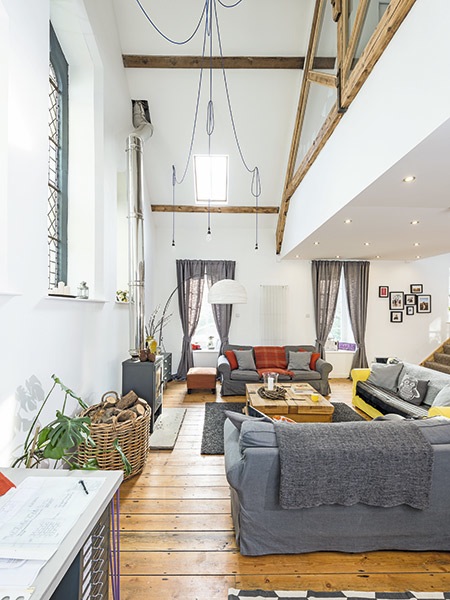 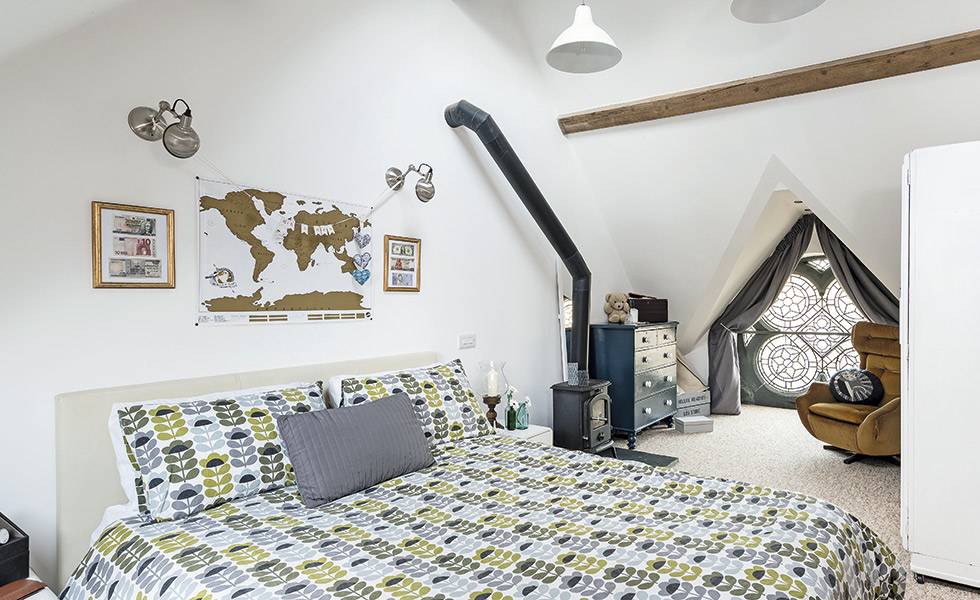 One of the most striking features of the new master bedroom is the circular stained glass window, although the cosy woodburning stove comes a close second 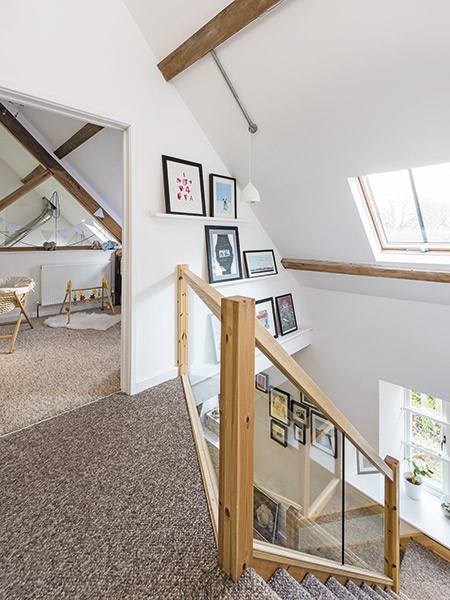 Three bedrooms and a bathroom lead off from the first floor landing which is filled with light thanks to new rooflights, internal windows and a glazed balustrade 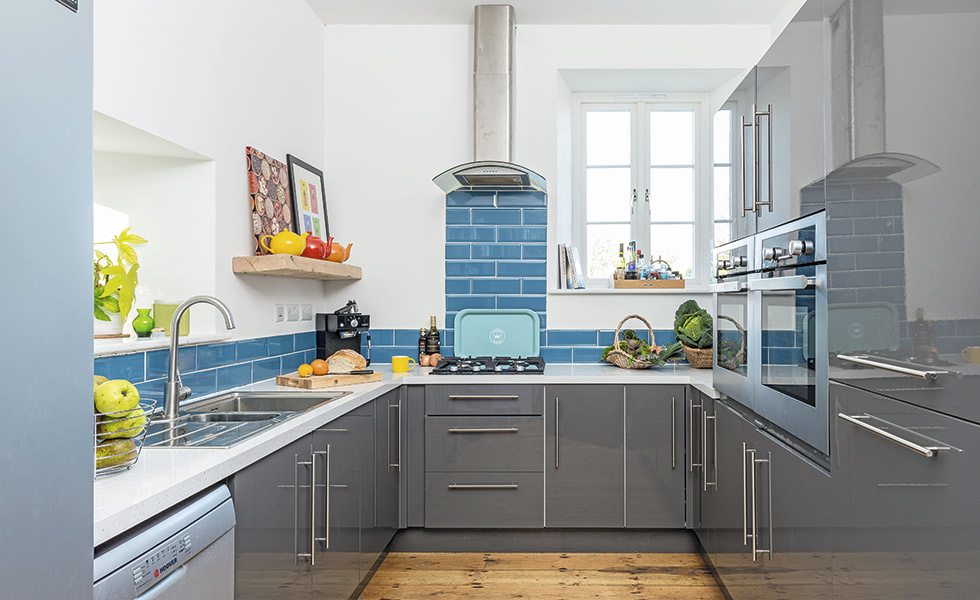 The kitchen was purchased from B&Q and is separate from the rest of the open plan spaces. At one end the kitchen leads into a breakfast room and out into the garden through French doors 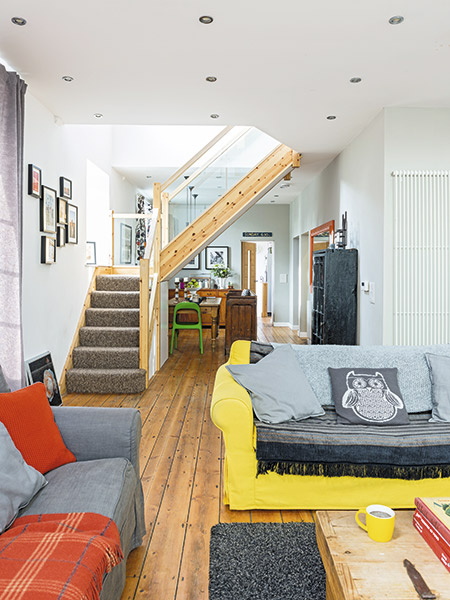 The large open plan living/dining space has been separated into zones, with the timber and glass staircase visually dividing the space