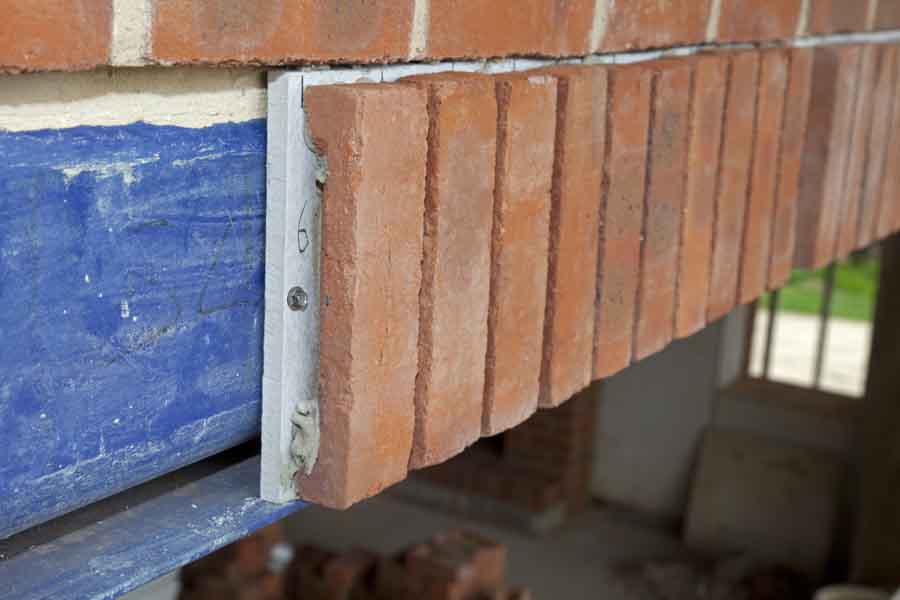 The large steel beam to the rear of the property is still exposed and needs to be hidden. After looking at several options we decided to cut our own brick slips (two from each brick) and glue them to strips of James Hardie backer board about 1m long. These were then screwed to the metal beam using large self-tapping screws. Finally the gaps between each board were filled with single bricks. The result is the appearance of a row of soldier bricks above the long window. 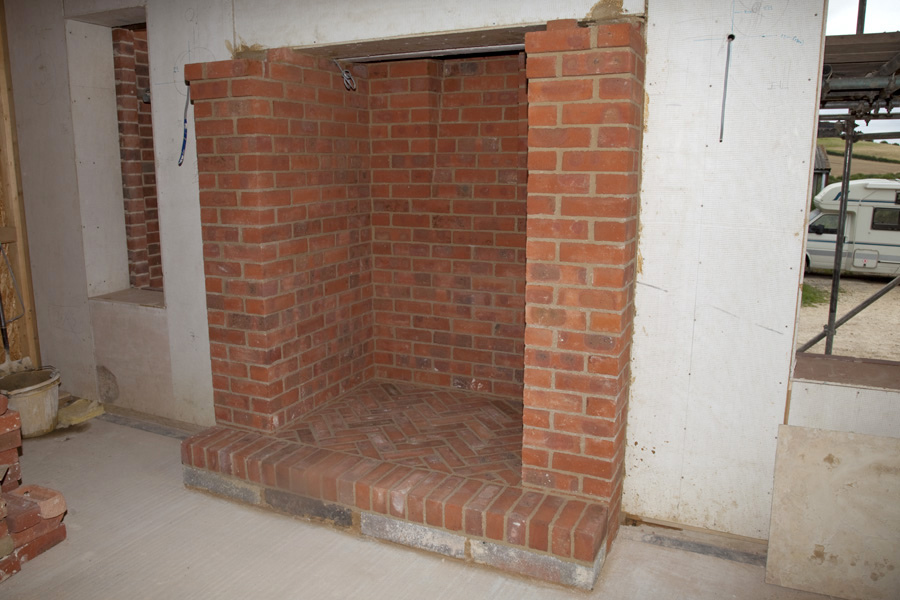 After completing the chimney, the inside of the fireplace is brick-lined; two pillars (which will support a large oak beam) and a hearth area are constructed from the same bricks used for the walls. 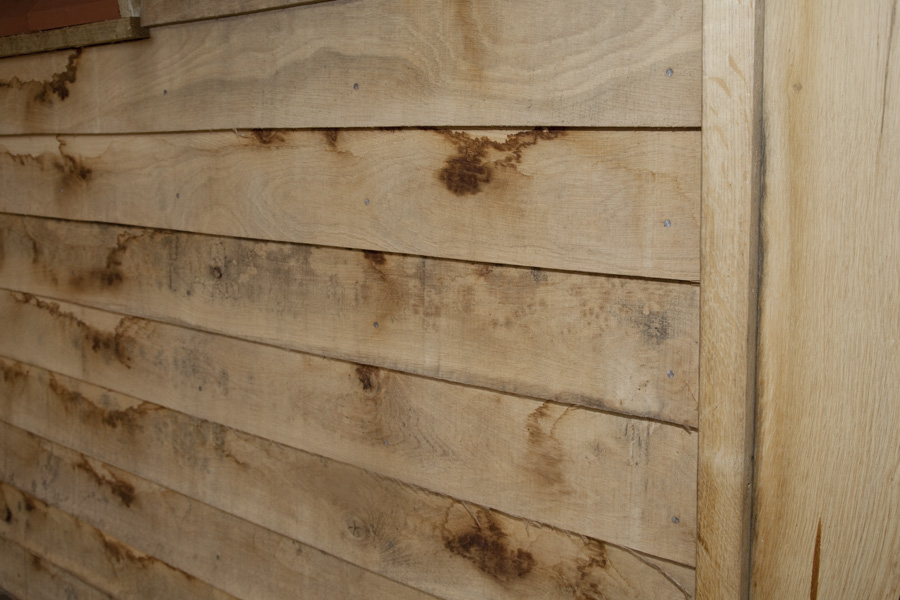 Oak cladding of the garage and parts of the house is also time-consuming as all boards require individual cutting to length. Fixing is with annulated stainless steel nails. The boards suffered badly from the appalling June weather but hopefully the boards will weather evenly in time. 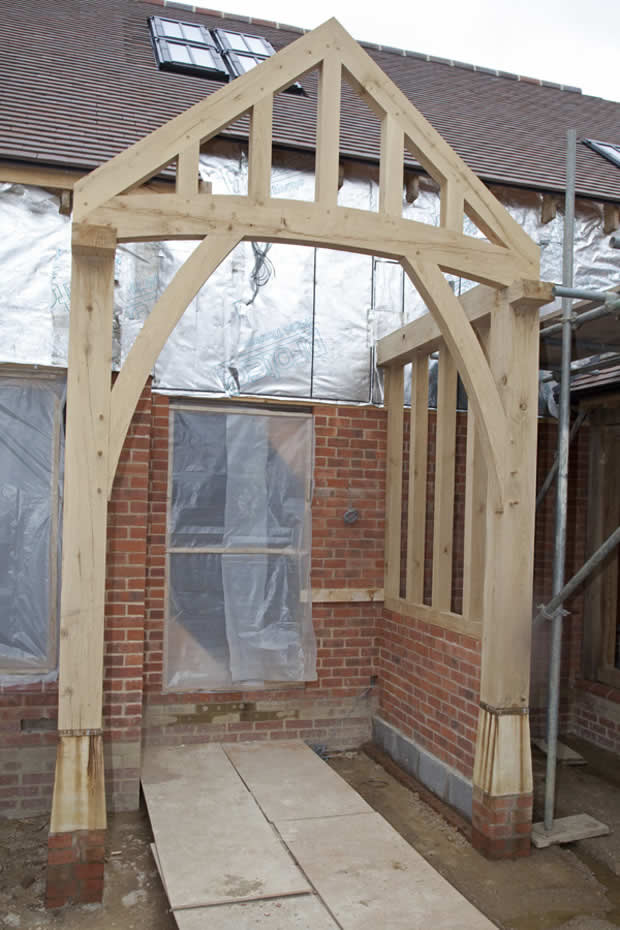 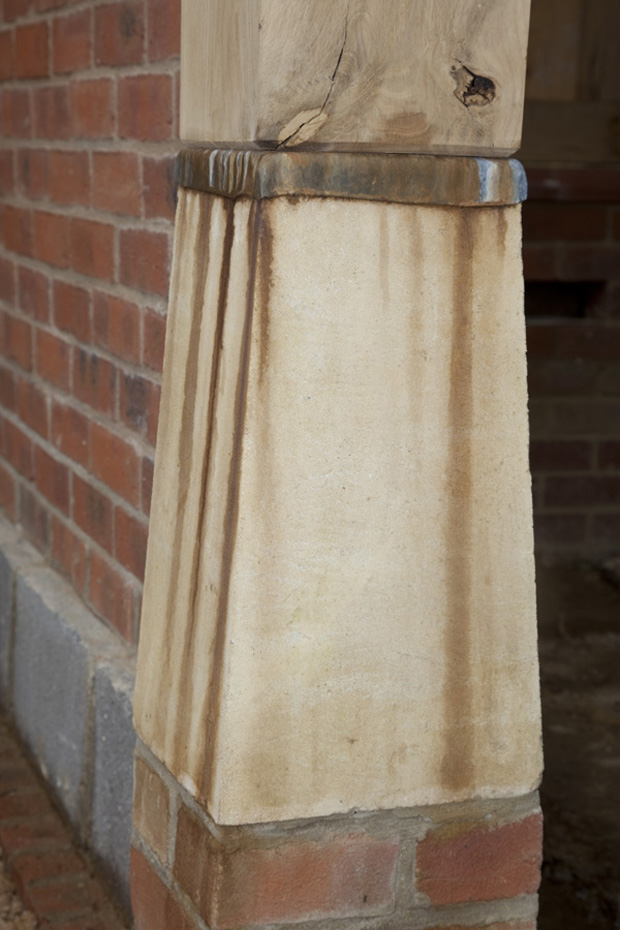 We have decided to erect the large oak porch (which stands on two Cotswold stone mushrooms) ourselves. A slight bevel has been cut on the bottom of the front posts and the mushrooms covered with lead. Tannin can be seen leaking from the oak but these stains will weather away in time. 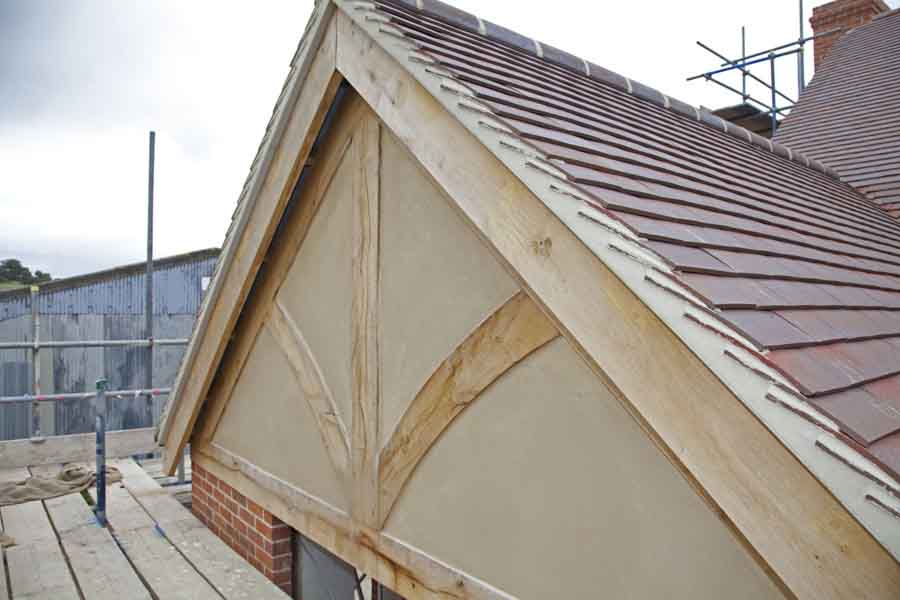 The oak gables have now all been lime rendered.