Simon and Annie Winstanley have created a cutting-edge low-carbon home on a hillside plot — with running costs of just £10 per week.

Simon Winstanley’s main ambition in designing a new home for himself and wife Annie in rural Dumfriesshire, was to create a building with a very low energy consumption, but “without too much technology”. And ‘The Houl’, which emerged in 2010 from a natural concave on a hillside overlooking the River Ken valley, is exactly that. The thoroughly low-carbon three-bed home, embodied in a beautifully streamlined form – a contemporary take on the vernacular single storey longhouse – sets a new precedent in Scottish residential design. 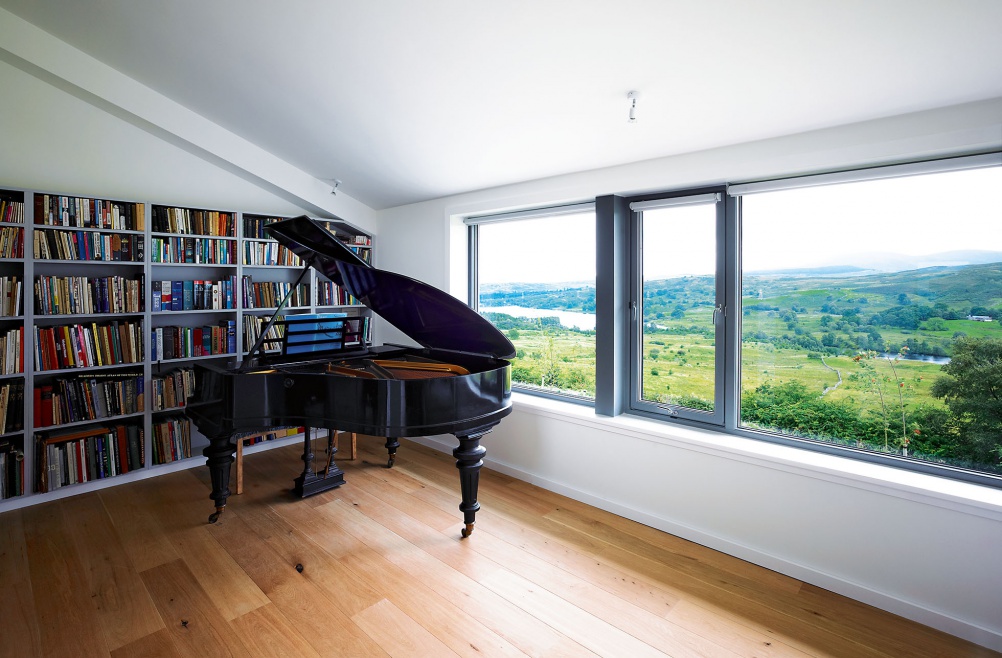 The project began back in July 2007, when the couple first became aware of the availability of the 12-acre site. They lived within a couple of miles of the land, in a traditional-style house, yet had nurtured notions of building their own contemporary-style family home. The land wasn’t advertised for sale, but Simon and Annie subsequently purchased it following negotiations with the local farmer.

“The approach I had was to cut into the land,” says Simon. “And the design of the house is such that the building would be protected from the prevailing wind. Essentially the whole house is designed to face west, in order to take advantage of the fantastic views and get the best out of the sun. But due to the exposed nature of the site, the entrance has been deliberately placed on the sheltered north-east side.”

Following the successful submission of a full planning application and a supplementary planning guidance policy that had to be addressed, construction work began in October 2008. “I was on site every day, just checking everything was going to plan,” says Simon. 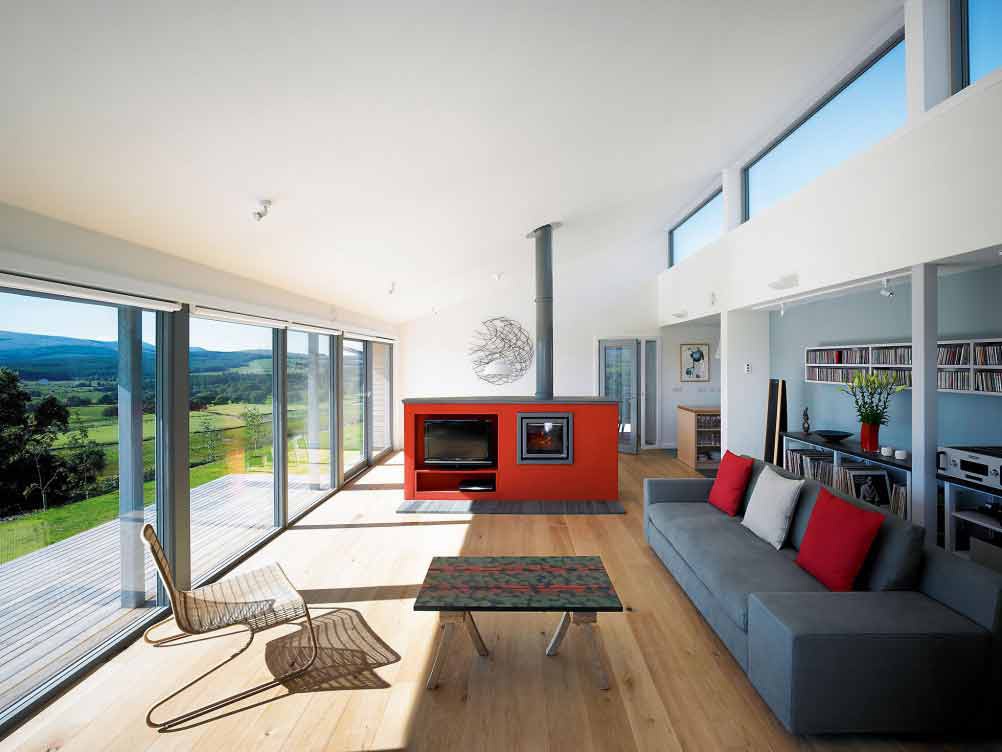 The process was essentially painless. “There weren’t really any unanticipated problems on site and the only bits that exceeded the budget were the things outside the main contractor’s control, such as the electricity supply and the borehole for the fresh water supply,” Simon explains.

The elongated single storey house was finally completed in December 2009. Recessed into the hillside, and built using lightweight steel and timber frame construction, the house is clad in cedar weatherboard — which is now weathering to a mellow silver-grey. The roof, which follows the palette of the timber cladding, is fibre-cement corrugated sheet finished in a pre-weathered grey standing seam zinc. The house cuts a dynamic form yet also seems a natural addition to the landscape.