Lindsay and Justin Stead originally bought a 1950s house in a quiet Oxfordshire village with the intention of remodelling it to their taste and to current standards. It would have been their third remodel project, and they approached it with justifiable confidence. But as the builder began work – which included removing the roof – an escalating list of problems were revealed.

The original house, which had been extended over the years, had been a light-weight structure with a metal roof. After discovering it would not even have complied with 1955 Building Regulations, the builders felt they could not achieve the right quality of build. The structural engineer also deemed that a remodel was no longer a viable option.

After an understandable pause, the Steads took the decision to demolish the property and rebuild a new eco-friendly home in its place. Skip to the remainder of the story. 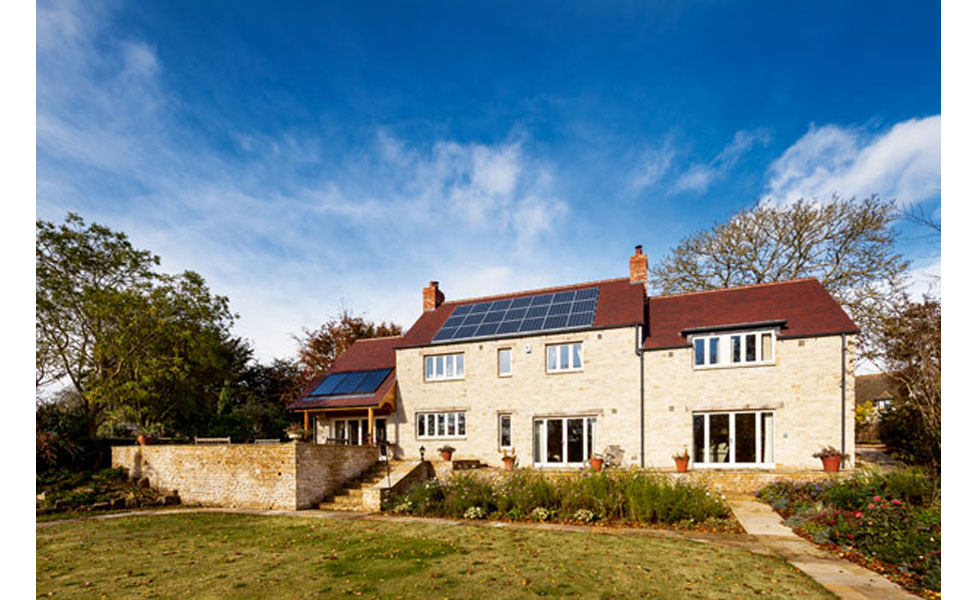 The design includes a solar thermal array, supplied by Southern Solar, to support the heat pump 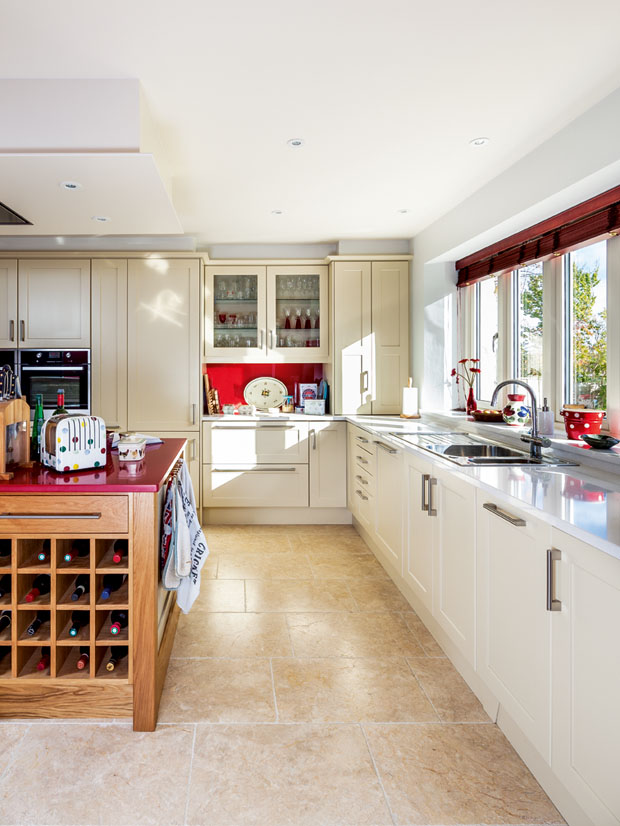 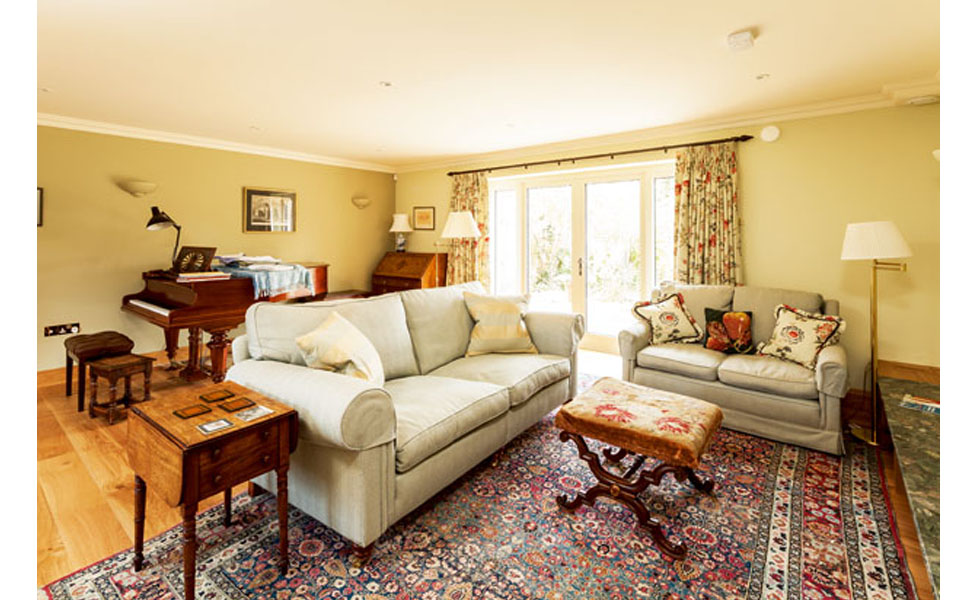 The property is kept warm with heating from Chelmer Heating Solutions 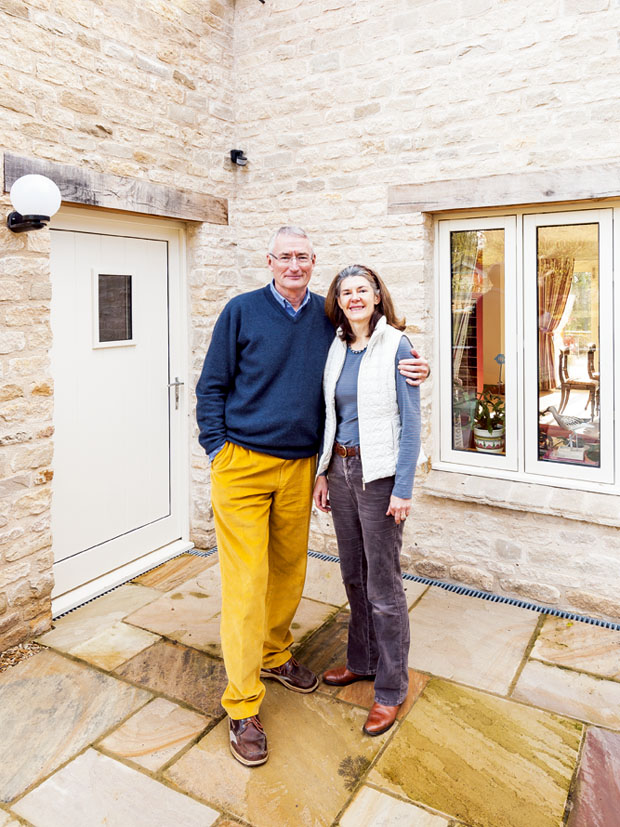 The site lies within a Conservation Area and it was a full year before the plans were approved, on what was now deemed an in-fill plot. Given the protected status of the area, the new house had to have a traditional look and be clad in Cotswold stone; this in turn seemed to dictate standard cavity wall construction.

The Steads were happy to accept the constraint because, as Justin says: “Cavity wall construction gave a sense of solidity, of permanence, a legacy.” In hindsight, Justin realises that was not a rational decision, but largely based on prejudice against timber frame construction.

“Our eco advisor pointed out, quite firmly, that timber frame or structural insulated panels (SIPs) would make meeting the levels of thermal efficiency we want so much easier,” says Justin. “But my knowledge of timber-built houses dates from the 1980s when their reputation was to rot from the inside out — it can be difficult to get over those preconceptions.”

Heating was a key issue, and it was decided that this would be provided by a ground-source heat pump. The size of the heat pump to be installed was constrained by the size of the garden. The house almost had to be reverse engineered, with the size of the garden determining a maximum 10kW heat pump which in turn determined the levels of insulation and airtightness needed. Whilst this is not a common form of design methodology, it was ultimately successful.

“On the whole, the team worked well together,” says Justin. “The architect, eco expert and builders were in constant communication.” Problems arose, as they do on any build, but the team were able to deal with them and come to a resolution.

An airtightness limit of 5m³/hr had been set — twice as good as Building Regulations. Ultimately, the builders, guided by the eco expert, achieved slightly over 3m³/hr, ensuring that the heating system would work as designed.

The Steads have lived in the house since April 2012 and so far have a negative running cost — with Feed-in Tariff payments exceeding utility bills. There’s still the Renewable Heat Incentive to come too.

“It ticks all the eco boxes,” says Lindsay, “but there is a lot of technology, and getting it all to work together in harmony has not been easy.” Justin adds: “I read an article in your magazine where the reader said you have to learn to ‘drive’ a house like this — that is certainly true.”

The Steads are quite rightly proud of their achievement. To move from a remodel to a genuinely sustainable self-build using conventional building methods was a significant challenge. They met that challenge and the result is a delightful home.