What happens if a builder is in breach of contract? What should a homeowner do if things go wrong and a JCT is in place?
First, the homeowner must check that the builder is, in fact, in breach of contract, and what terms of the contract have been breached. Next, the homeowner should try to establish the reason for the breach, and who’s at fault (delays on site might be due to changes in the specification, for example). If there is nothing in the contract specifying what should happen, the homeowner should then consider the following steps:

If the contract is ended, the homeowner may owe the builder money for items of work that have been completed satisfactorily under the JCT Homeowner Contract. That money does not have to be paid until the work has been finished by another builder.

It is therefore important to give the builder the opportunity to put things right within a reasonable timescale.

What happens if the relationship completely breaks down?
The JCT Homeowner Contract contains a procedure for resolving claims and disputes which is much quicker and cheaper than going to court, known as adjudication. This is a fast procedure. The dispute is referred to an adjudicator who is an independent person appointed by one of three bodies (the Royal Institution of Chartered Surveyors, the Royal Institute of British Architects or the National Specialist Contractors Council). The bodies maintain registers of adjudicators who are properly trained and who are usually building professionals such as building surveyors, who are well acquainted with the practicalities of building and building disputes. The adjudicator is like a judge and he/she reaches a decision within 21 days. Although it may be necessary to go to court to get a decision enforced, it is usually relatively quick and easy to do. There is a £100 fee for appointing an adjudicator in addition to the adjudicator’s own fees — charged hourly, and likely to cost a total of between £1-5,000.

Because of the short timescale involved, it is essential to be properly prepared before starting an adjudication and to start preparing immediately if there is a suspicion that the other party may start an adjudication.

Adjudication is not necessarily the end of the matter as either party may reopen the dispute via the courts — but in practice this is rarely done.

If the defects are extensive and/or appear serious, it may well be worth seeking professional advice at an early stage by employing a building surveyor to come and inspect the premises and draw up a proper list of defects, setting out the remedial action required. Most building surveyors will also be able to estimate the cost of remedial works. Seeking professional advice at an early stage will cost money but it can be worth it so that the homeowner has a clear idea of what is wrong and how much it will cost to put right. The building surveyor can also monitor remedial works and check that they have been done to a proper standard.

It may be possible to agree with the builder that the homeowner and the builder should appoint the building surveyor jointly to draw up a schedule of the defects, specify the works needed to put things right and then come and check that it has been done properly.

Many small builders and certainly almost all subbies wouldn’t even consider signing a JCT contract — it is usually all verbal. Is this necessarily a problem and how would a JCT contract help in this situation?
In purely financial terms the family home is the homeowner’s biggest asset. Yet people are surprisingly willing to allow builders to carry out expensive works without obtaining anything in writing and without agreeing what exactly is to be done, for what price.

In my view, verbal contracts are undesirable for a whole host of reasons. There may be disagreements over what was agreed, parties may forget things, agreements can be misinterpreted and, as the project goes on, different agreements on different things. Unscrambling this mess in the case of a dispute can be very difficult.

Written contracts – whether it’s a JCT or a written quote – are much better because everything is written down and this greatly minimises the potential arguments about what has or has not been agreed. Writing things down acts as a checklist for things that might otherwise be missed out — people cannot forget things and it is much more difficult to misrepresent or distort a written agreement.

The most common causes of disputes over building contracts are, firstly, a failure to agree what is going to be built, when and for how much and, secondly, a failure to agree what happens when changes are made to the works. Agreeing these things, and setting them down in writing, gives both parties a degree of certainty and greatly reduces the possibility of disputes and disagreements once work is underway.

A reputable builder should be willing to sign a contract such as the JCT Homeowner Contract. Awareness of the contract is, however, very limited. Once a builder has had the opportunity to read it he may change his mind and be willing to sign up to it given the advantages it offers him.

Many disputes arise because an agreement is unfair from the start. Can a formal contract make a difference?
If the parties’ responsibilities and duties are set out clearly from the beginning, the potential for mistrust and hostility is greatly reduced. JCT contracts are drafted by a representative body and are generally seen as striking a balance between the interests of builders and employers. If the contract is then operated properly, the potential for disputes is greatly reduced.

The key to a successful building project, as with most things, is preparation. Before work starts, it should be agreed what exactly is going to be built, at what price and by what deadline. The more is agreed, the better. The homeowner should finalise the details of what is to be built before work starts and avoid changes of mind. 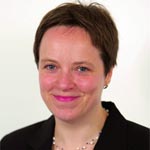 If both parties know what is to be built by what date and for what price, then that is the start of a proper working relationship. If both parties understand and appreciate that they have certain obligations and duties towards each other, then again that makes life for everyone easier. A fair contract is a friend to both the builder and the employer.

NB: This article is for general information only and should not be acted or relied upon without first seeking appropriate professional advice for your circumstances.