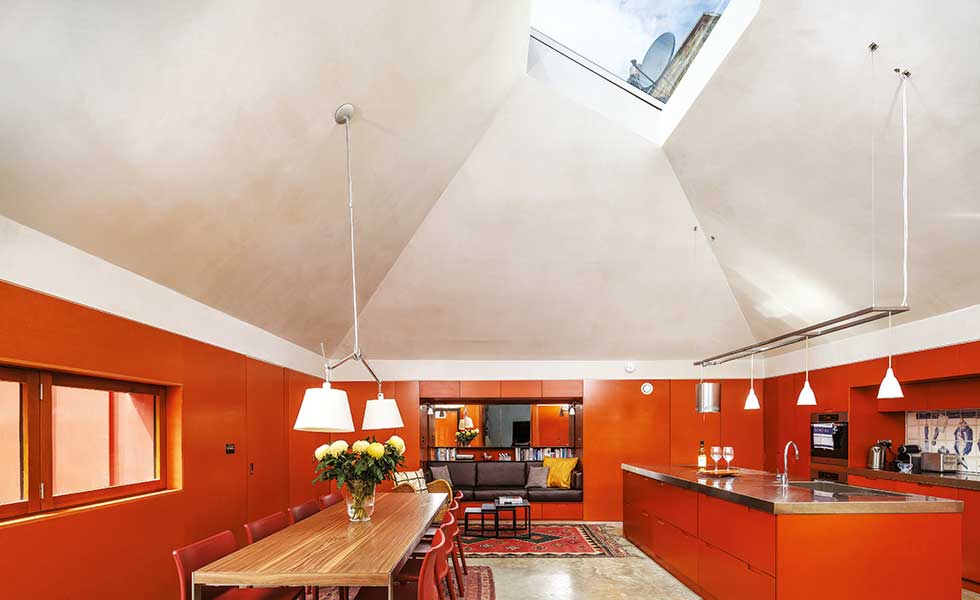 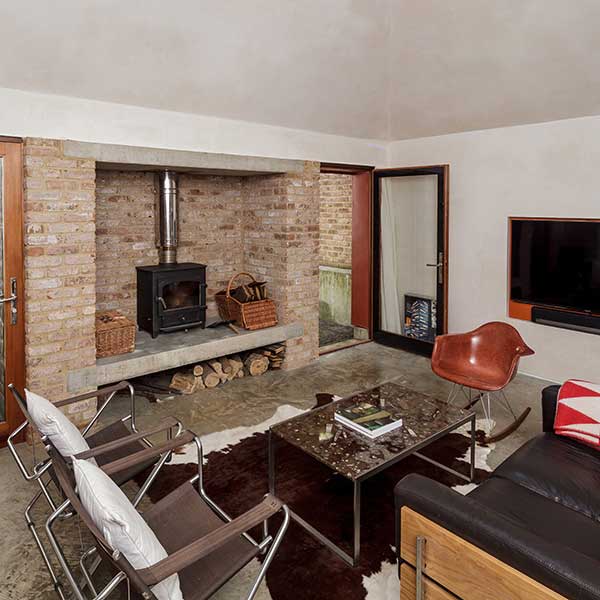 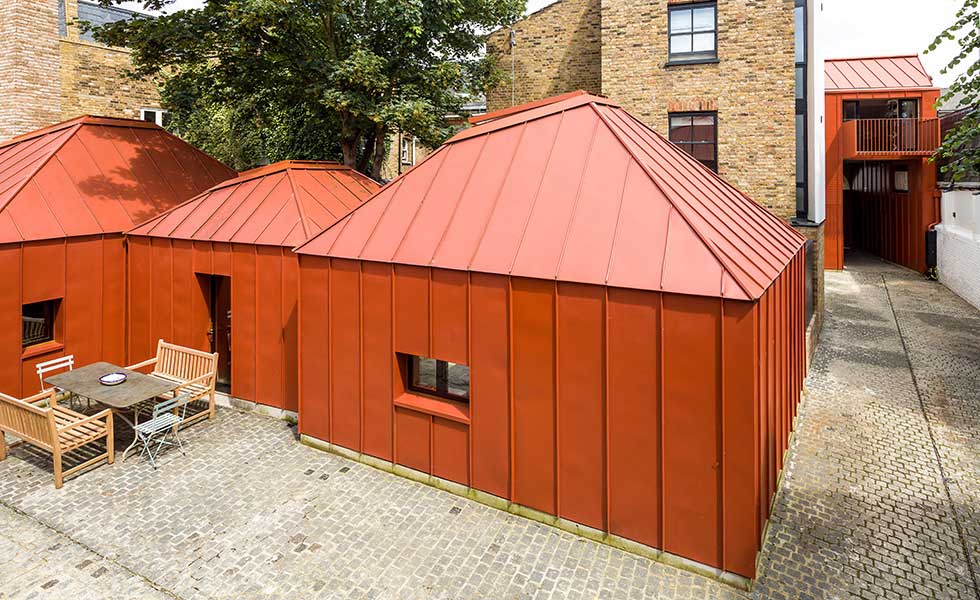 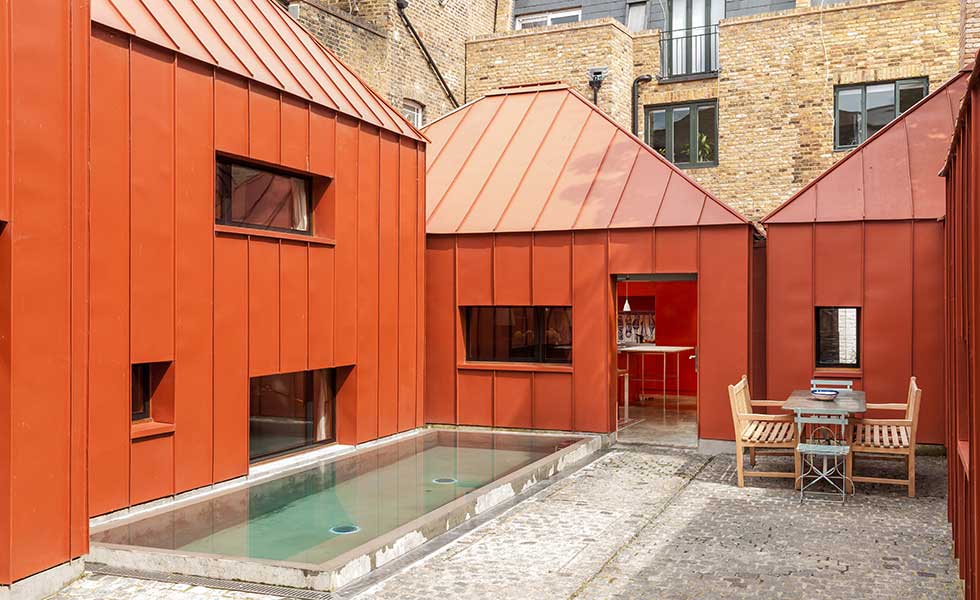 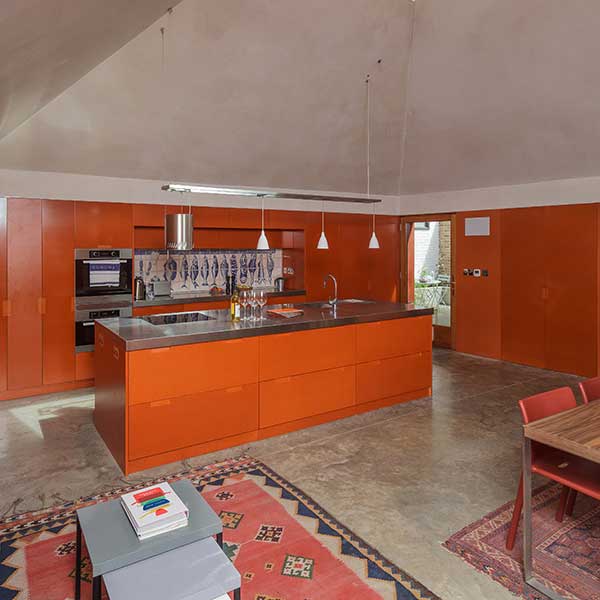 Tin House is hidden from view just off a busy street in Shepherd’s Bush. Built on industrial land, the home makes the use of an unusual plot in this crowded city. The pavilion structures flank the perimeter of the site, creating a peaceful and private courtyard in the middle.

The site was bought at auction by architect Henning Stummel and his wife, Alice. The soil was contaminated and the plot had an irregular footprint. It was overlooked on all sides and had associated Party Wall issues and Right to Light demands. With planning permission for a bungalow, the couple have created a striking home that brings in plenty of light, without also bringing in the stares of neighbours.

Inspired by repeating patterns found in nature, as well as London Zoo’s elephant house, the cluster of earth-coloured pavilions are arranged around a private courtyard and pool. The water has a passive cooling effect on the fresh air as it enters the home via open rooflights

Originally Henning planned to use double-pitched roofs, but switched to pyramid roofs when each room effectively became a small home in its own right. The single storey design was dictated by the Right to Light requirements of their surrounding neighbours

The orange-red hue of the exterior cladding is carried through to the interior. Hidden in the deep wall space is a larder and, to the right, a door with stairs leading to one of two upper storey bedrooms. A snug off the main kitchen diner allows family members and guests to chat with the cook while food is being prepared