Anyone actually want to install a heat pump? | Homebuilding & Renovating Skip to content

We’ve asked our local man-with-a-digger to enlarge the footprint of the millpond slightly.  This has had the unintended consequence of giving it a phallus shape.  Hopefully when it’s full of water no-one will notice! 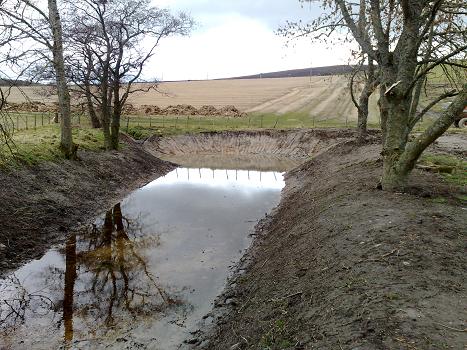 Meanwhile our architect has given us the seemingly simple task of getting some quotes for an air or ground source heat pump.  We contacted the two local companies he recommended.  The first quoted a ridiculous £18,000 (when the current edition of Homebuilding and Renovating Magazine says you should pay no more than £8,000 for an air source heat pump.)  The second, after some chasing, finally gave us a quote but it was for the wrong thing.   We’ve not heard from him since.

We have given up on the Energy Saving Trust.  They finally got in touch offering me one (and only one) appointment time which was in the middle of a weekday when I’d be at work 200 miles away.  They can’t do evenings or weekends (although if you’re in Glasgow they seem happy to visit you in the evening to offer you insulation you don’t even want – see a previous blog post!)  So we had to find some more companies ourselves.

The first told us a very sad story.  Although his order book for the future is full, too many previous customers haven’t paid their bills – presumably because of the recession – and he’s had to sell his company to a larger competitor rather than go bust.   The other five companies still haven’t responded to our query.  So if you can fit an air or ground source heat pump in Moray for a reasonable price, please get in touch! 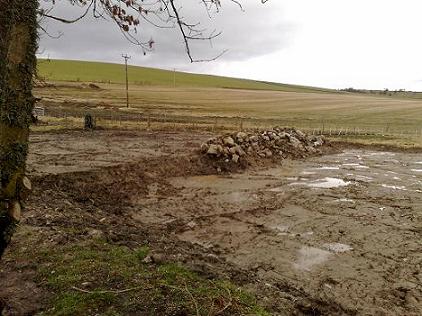 Meanwhile the exciting news is that BBC Scotland’s Beechgrove Garden programme is interested in featuring us in ‘problem corner’.  The idea is that their experts will help us establish an orchard, but we’re only on the shortlist and there’s no guarantee we’ll be featured.  Our terraces (above) have now been constructed, but they need some nice green grass and stone retaining walls to look nice.  Hopefully the mud won’t deter the researcher and presenter, Jim, who came to see it last week.