“If you are going to self build then do it — completely,” begins Richard. “Design the house and all the components within it, design the immediate environment it sits within, deal with the planners and Building Control, specify and order all the parts, deal with technical and practical issues along the way, manage the finances, recruit, schedule and manage all the subcontractors — and, if you can, do a chunk of the work yourself.

“However this only works for a small select group of people — those who have the luxury of being able to give up a year plus of 100 per cent devotion to the project!”

Richard and Jane were both retired when they came across the plot which had planning for an ‘ordinary-looking’ chalet bungalow. “We felt it appropriate that a Cape Cod-style house would marry the planners’ requirements with a desire to build something with some architectural interest and integrity — and hopefully something that wasn’t a pastiche.”

Richard began developing a design from a number of sources, not least photos from the many American holidays the couple enjoyed, and the internet. But it was time above all that helped the design look so evolved. Richard used to work in the music industry and Jane was a counsellor — hardly building industry veterans.

“I firmly believe it is possible for any self builder to design and build their own home to their own design,” says Richard. “There is plenty of information available but, in my view, it’s a lot easier if it is timber framed. The reason being that the design engineer working for the timber frame company will take your designs and produce the detailed timber frame drawings. Then, I strongly suggest you have contractors employed by the timber frame company construct the framework. All you have to do then is to finish it!”

With planning consent gained, including a favourable moving of the building to the centre of the plot, Richard and Jane set to building their home. Using a timber framed structure manufactured on a CNC machine to ensure digitally precise tolerances, Richard was able to order the windows – and get them delivered – before the frame was even started.

Airtightness and insulation was key, and as such controlling overheating was an important factor. Luckily Colonial-style homes were built with large overhangs to control this very issue — admittedly based on the heat generated on balmy plantation evenings rather than energy-efficient construction in the South of England. 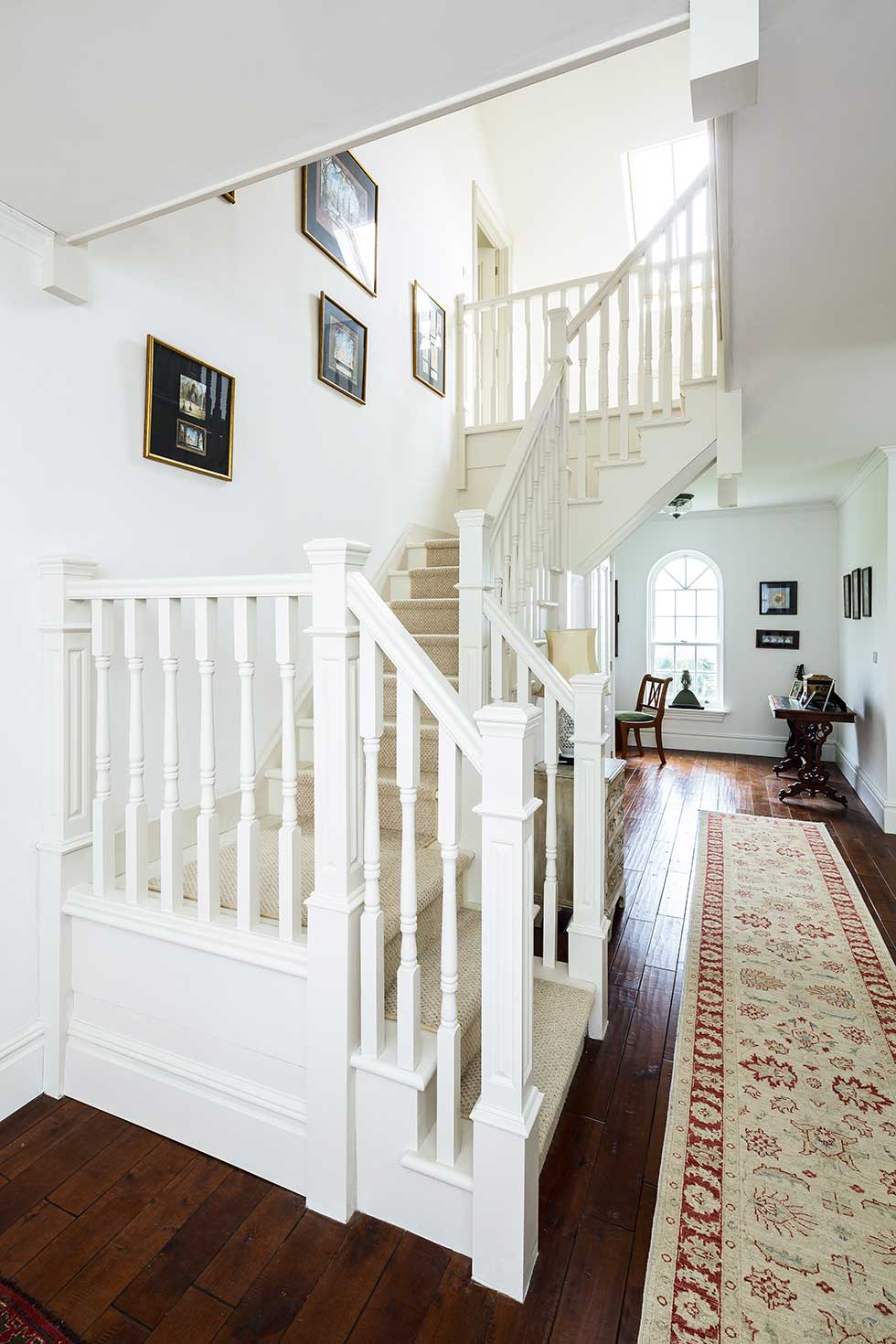 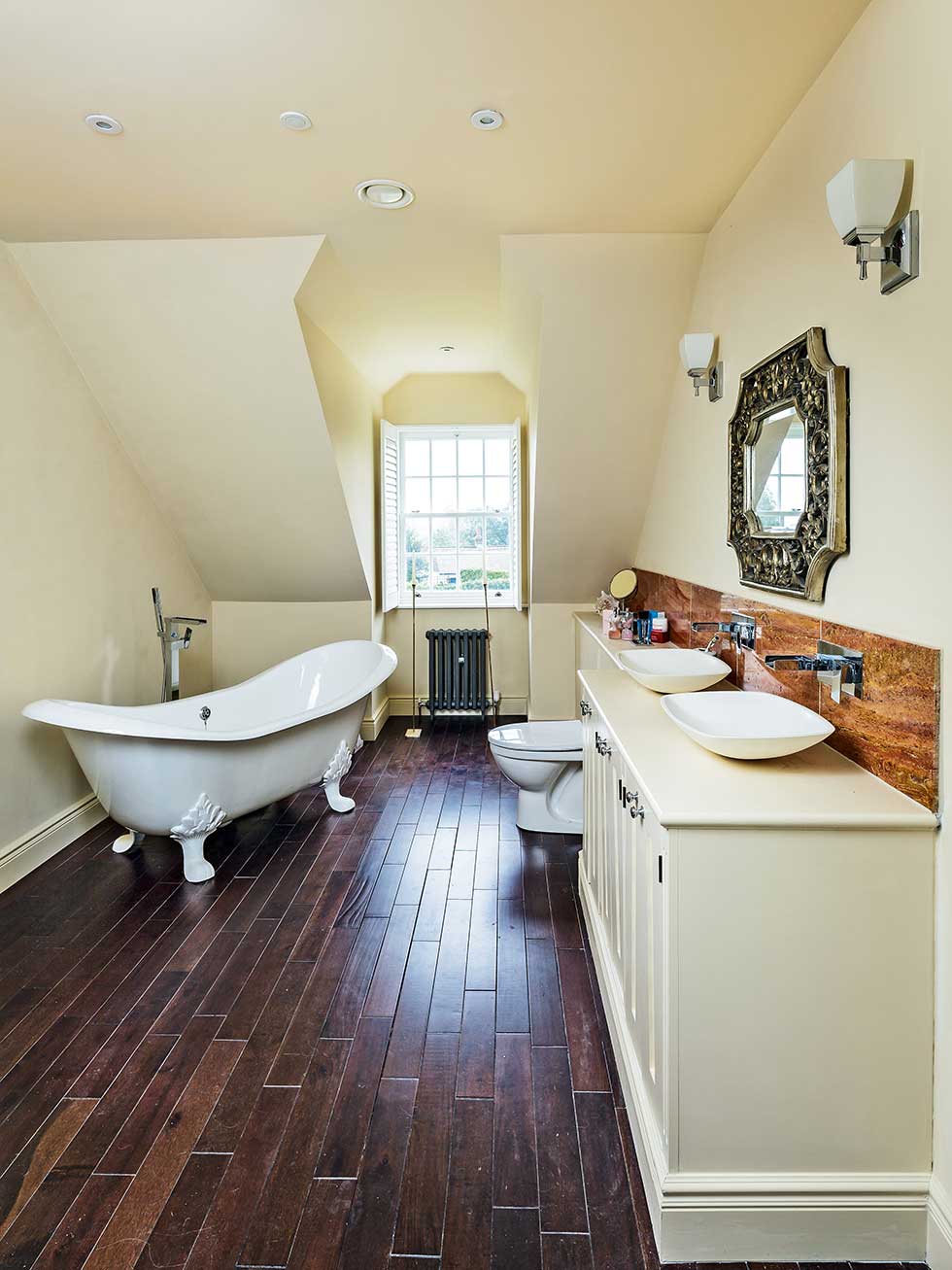 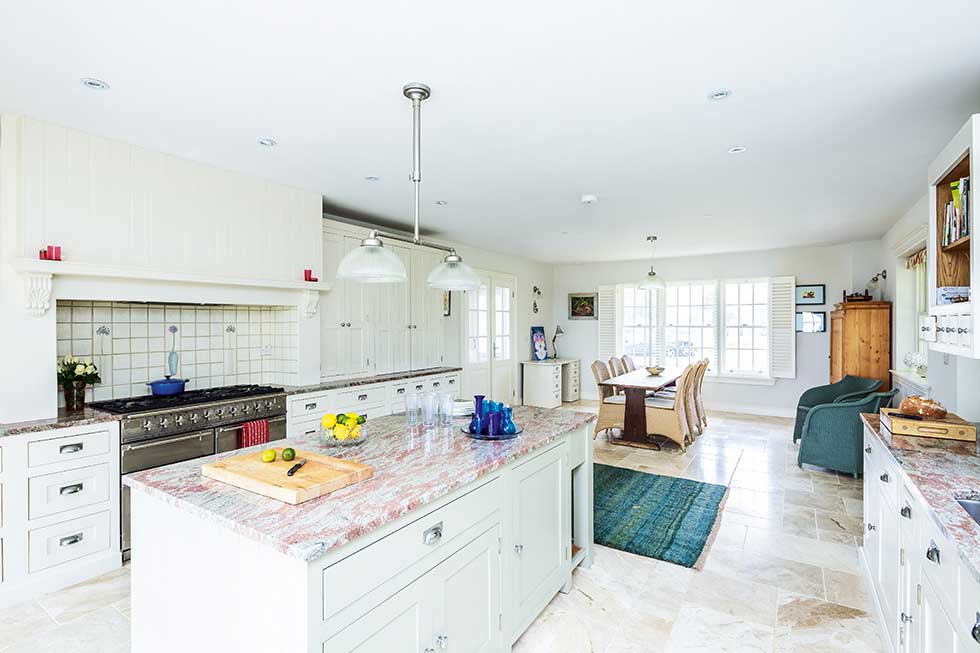 The large kitchen (from Handmade Kitchens of Christchurch) and dining space takes up one side of the ground floor, with a generous layout and plenty of space around the island 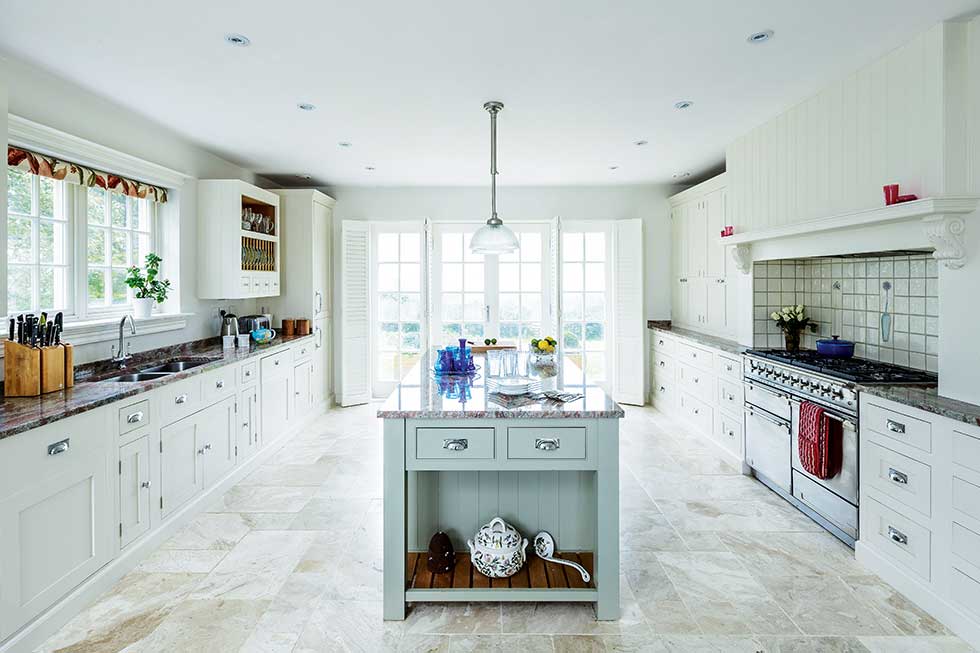 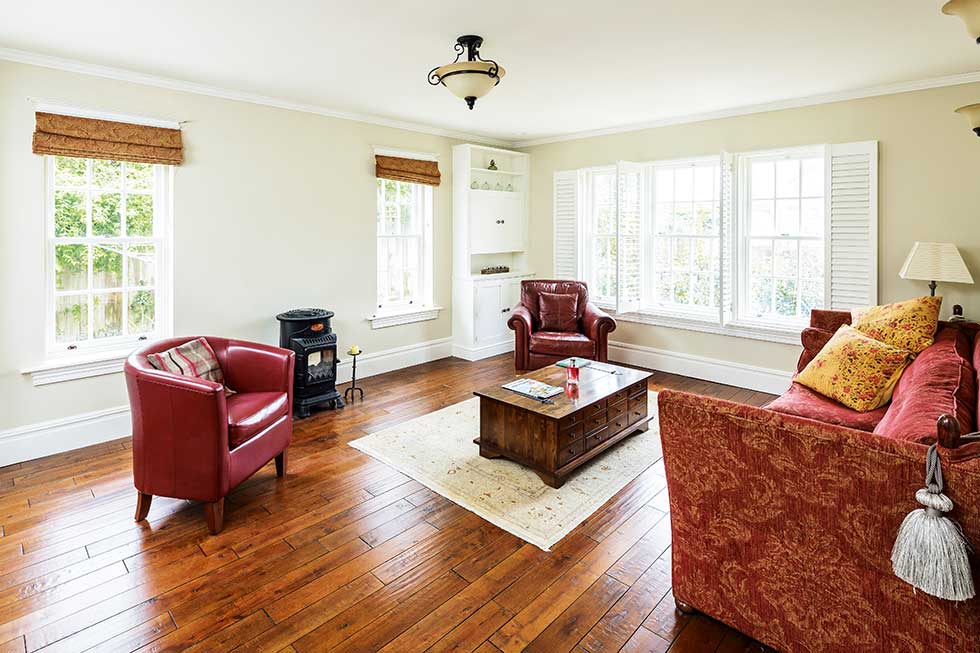 Higher than normal ceilings on the ground floor help to give a sense of volume in the wide rooms, while the dark American walnut flooring across the ground floor (engineered wood) lies on top of underfloor heating 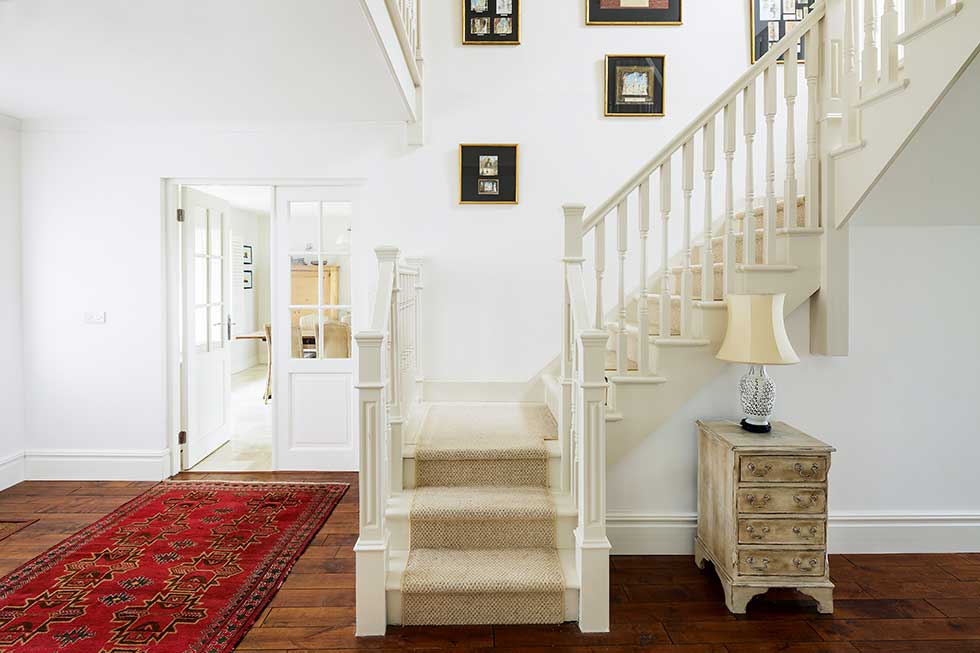 The three-stage staircase, conceived to be a central feature of the house, was designed using an internet modelling program with the side of the first stage to be prominent from the front door with the contrast of the off-white joinery against the dark wood flooring. 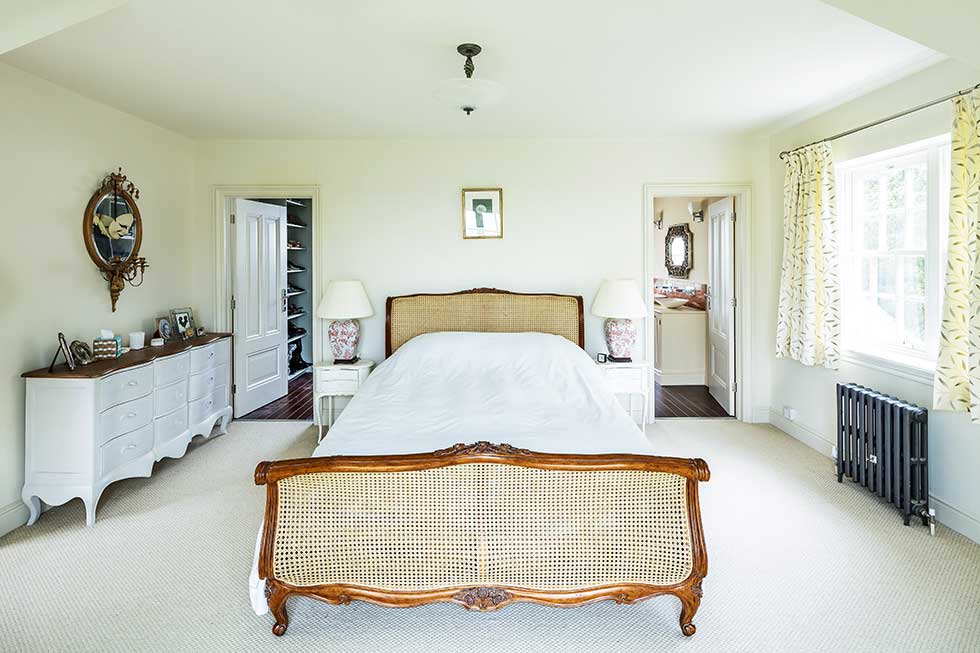 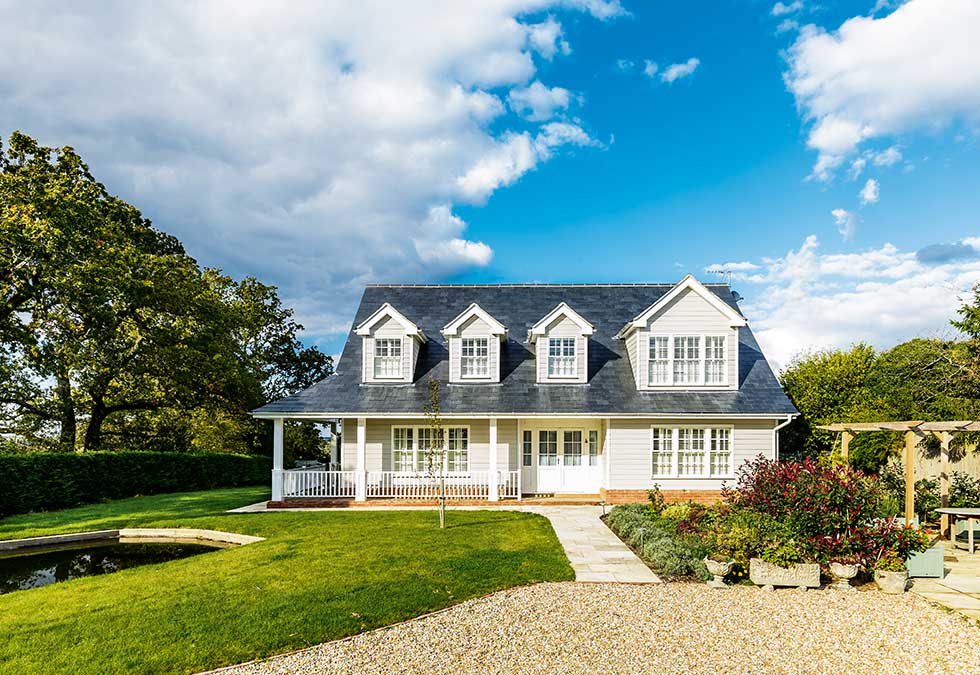 The house was designed entirely by Richard, who with wife Jane is a regular traveller to the United States. It is an expertly executed version of a Cape Cod home, with sprocketed eaves detailing providing ample coverage for a veranda, and well-proportioned dormer windows (all the windows are from Polish Interiors). Maintenance-free fibre cement board cladding from James Hardie completes the look