It’s the ultimate self build story. Rob and Alithea Dawson bought a 35-acre woodland site for £10,000 and spent seven years in a mobile home trying to get planning on it. They have eventually built themselves a remarkable home in oak on a DIY basis for just £98,500.

Back in 1997, Rob and Alithea set off on an adventure that proved to be one of the most remarkable, against-the-odds self build stories in recent history. They have broken almost every ‘can’t do’ rule in self building to create, by hand, a charming new energy-efficient home out of oak — in the middle of 35 acres they bought as woodland for just £10,000 in the beautiful Powys countryside.

“We were living in Bristol at the time and had a very clear vision that we wanted to build our own home,” explains Rob. “We had dreamed of living in the countryside for some time but, in truth, money was always a barrier. We came across the site – it consisted of 35 acres of forestry clear-fell on the Welsh hills, with no prospect of planning permission, no tracks to it and no power, but it had great views and its own Iron Age hill fort – all for £10,000.”

Rob and Alithea took a punt and spent the next three years clearing the site, getting rid of the brash and restocking the area with over 35,000 broad-leaves – predominantly hazel – to establish a coppice for future income. “Persuading the planners to let us build was another matter,” explains Alithea. Eight years after buying the plot, and having already spent five years on site in a mobile home, the family were finally granted outline planning permission, with an agricultural tie but no restrictions on the footprint. 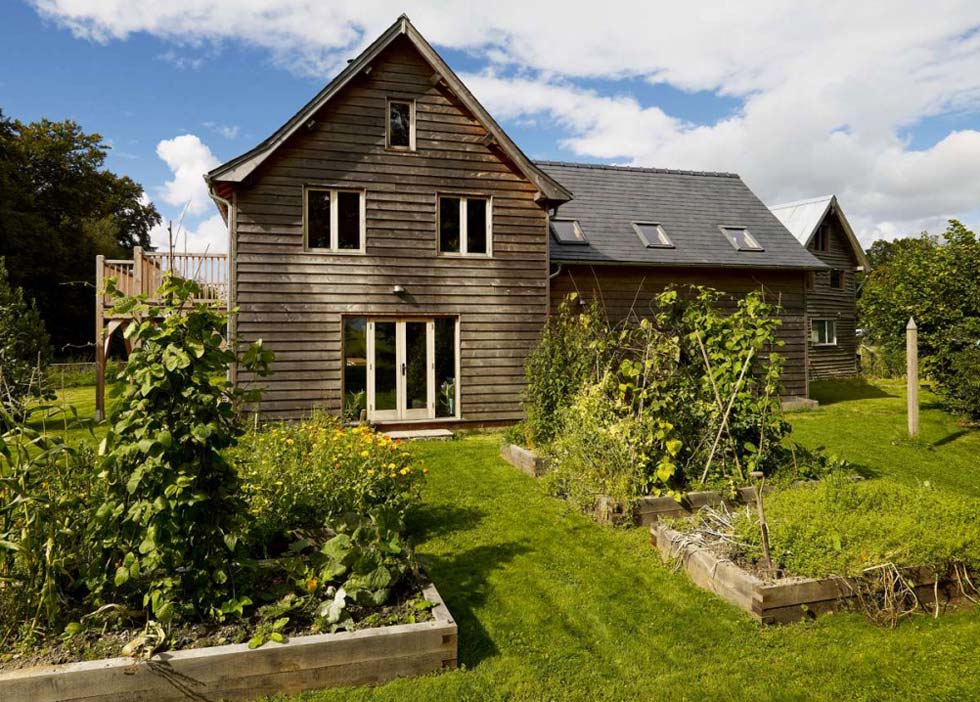 “Having been around the forest and enjoyed the timber for so long, we became convinced that an oak frame home was the way forward,” says Rob. “And so I had to learn all about that. I went down to spend a week on one of Dan Franklin’s legendary timber framing courses in Somerset, which gave me a good grounding in the principles of timber frame buildings, and experience and confidence in how to manipulate timber using ancient hand tools.” 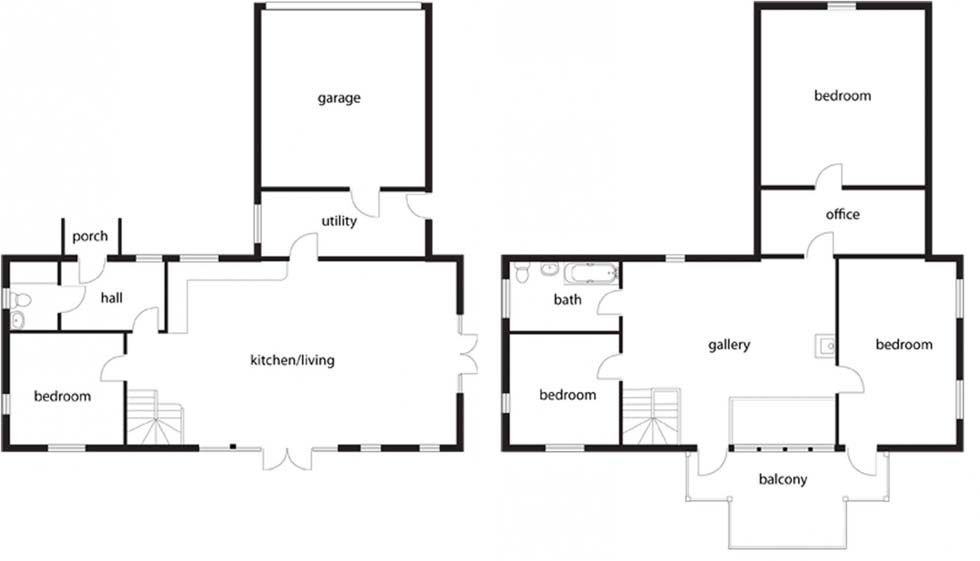 With some idea of the basics, Rob and Alithea set about designing the house themselves, using magazines and exhibitions for inspiration and settling on an open plan L-shaped layout with a wonderful vaulted living space upstairs to enjoy the views. “We came up with the whole design ourselves and employed a local architect to guide us through the planning process.” 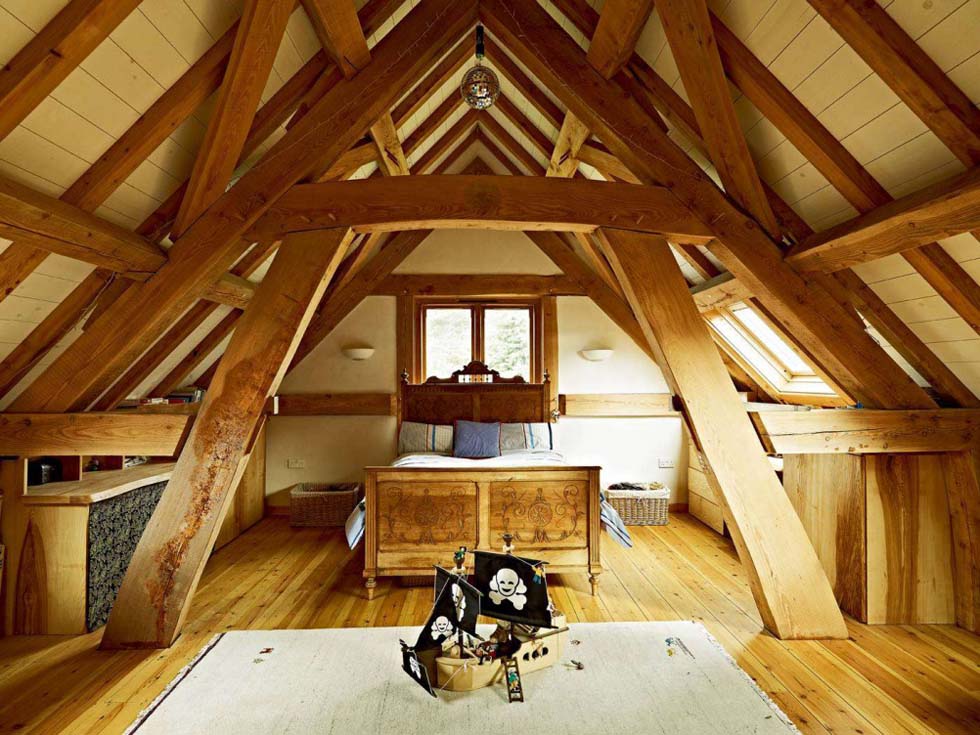 The lorry-load of oak cost £11,000 and it took some three months to shape all the curved timbers. The oak frame has been clad in another softwood stick-built frame to help with another key priority for Rob and Alithea, namely to create an energy-efficient home.

The resulting house – completed in April 2009 after two years on site and coming in at £1,500 under the original £100,000 budget – is not just a miracle of conception, but a beautiful home in its own right. It’s warm and cosy and very much a family home that anyone would dream of living in. It’s a testament to Rob and Alithea’s remarkable vision that they have made what must have seemed at times like a fantasy for them, with next to no budget and a bit of woodland, the most perfect reality.