Nestled between cream-rendered cottages and brick houses, you may not instantly single out Sue and John’s traditional-style eco self-build as the most sustainable home in their Leicestershire village. However, a comparison between utility bills – and a sneak peek at the back of their house – undoubtedly tells a different story. For behind the brick-clad exterior lies a thoroughly airtight SIPs (structural insulated panels) structure. Step into the rear garden and the extensive renewables setup – including an air-source heat pump, solar thermal evacuated tubes and photovoltaics – which helps to power this home, also reveals itself. 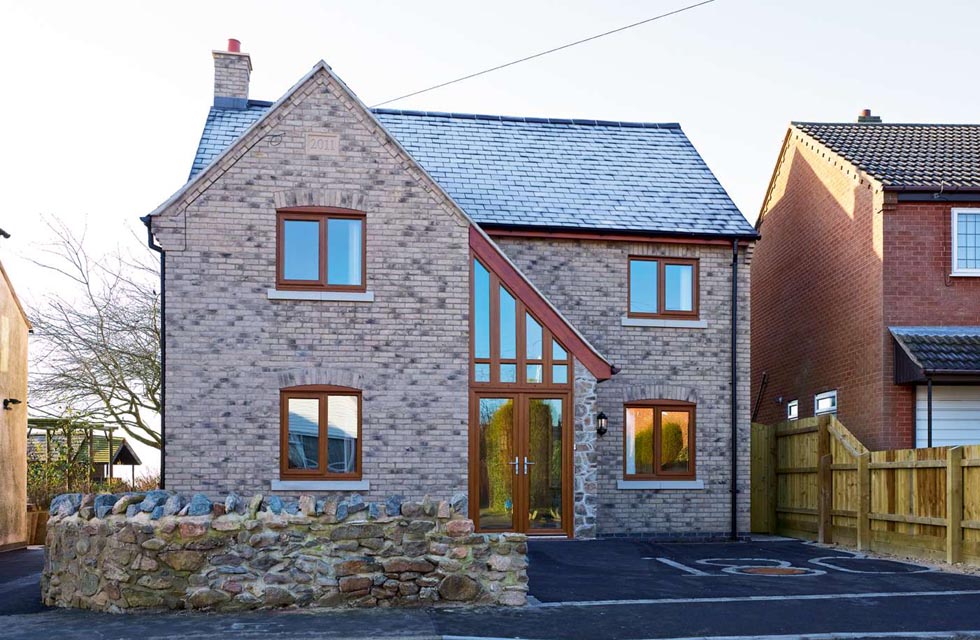 “We’d wanted to build an energy-efficient home for some time,” explains Sue, a retired secondary school physics teacher, whose expertise would underpin the project. “But we didn’t want it to look like an eco home — we wanted it to blend in.”

The couple were fortunate to be made aware of a charming, south facing plot by local surveyor Trevor Mastin of TMCS, with whom John had worked on a previous project. The vendor had previously been turned down by the planners to build a large five-bed house, but John and Sue were confidant that a scaled-down, energy-efficient version of the original design would be acceptable. John and Trevor approached the planners and after having been given the green light, approached the builder-vendor with an offer. Their offer was duly accepted.

Sue and John’s plans included adding a wall of south-facing French doors to the rear in order to both make the most of passive solar gain and the views over open countryside. “We were determined to build in SIPs, too, because of the high levels of airtightness the system offers, and, as such, even opted to exclude the integral garage as this would have compromised the airtightness of the building,” says Sue.

Surveyor Trevor was retained as a project manager, with local main contractor Moseley Brown – who, although new to SIPs, presented the most cost-effective quote and proved to be a great asset to the project – employed to undertake the construction. John and Sue joined their team on site daily, taking deliveries and clearing up at the end of the working day, as well as being on hand for all key decisions. 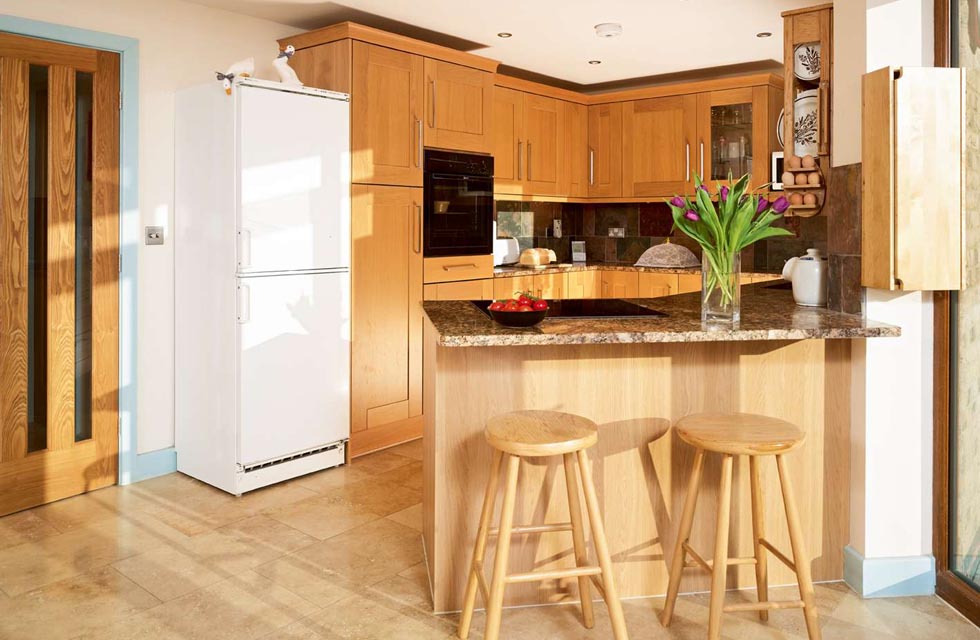 Sue took on a particularly vital role, acting as energy consultant, calculating the U-values for the walls and roof herself. “In addition to the SIPs, John and I decided to include foil insulation,” she says. (A 1mm-thick foil-faced breather membrane was added to the outer leaf, with a foil vapour-control layer inside the SIPs panels.) “I calculated that this reduced the wall U-values from 0.150 to 0.127W/m2/C.” Sue’s research also led them to invest in innovative phase change panels, which were added behind the plasterboard of the main internal wall in the living room. 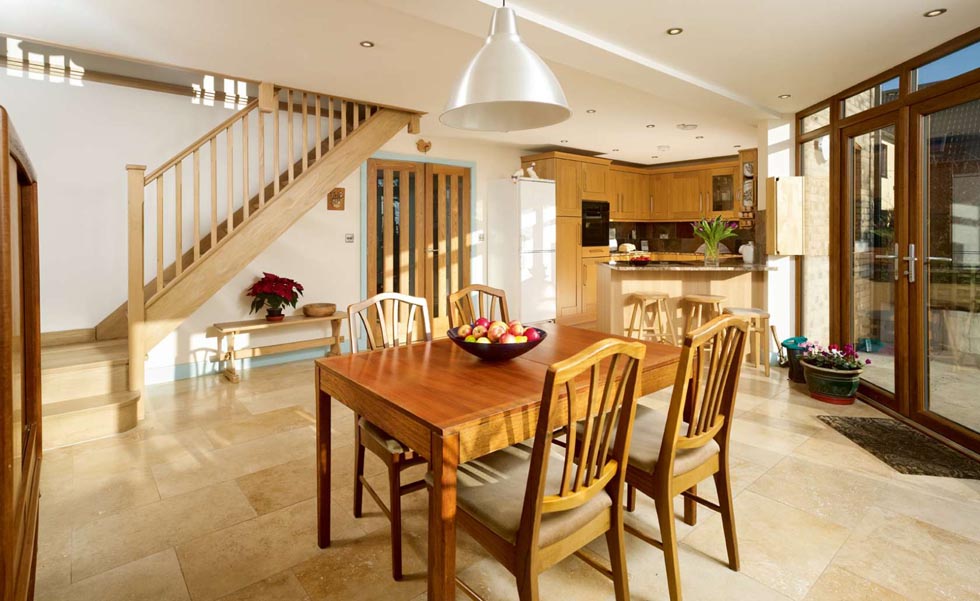 The Fidlers’ resulting home is light and spacious with the living areas – arranged at the rear of the property – bathed in warm sunlight radiating through French doors. High-spec internal oak doors now hang alongside neutral walls, which the couple painted themselves. “A painter quoted us £2,500 to decorate, so we decided to take on this job ourselves. Fortunately the plasterer left up the scaffolding for us to do so, but it was no mean feat painting the apex of the vaulted ceiling in the living room, which we could only reach by ladder,” John adds.

“I think the best compliment came when we were returning from a walk and were stopped by a delivery driver who asked where the ‘new house’ was; it was our home he was talking about,” smiles John. 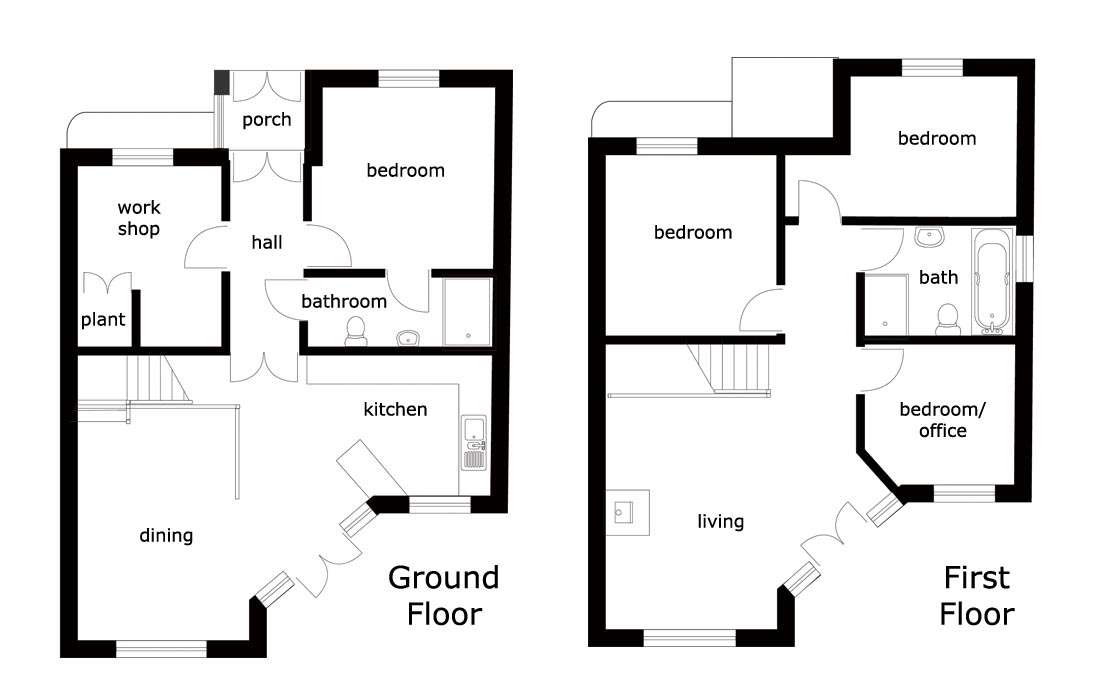