John and Helen Parsons dreamt of building an oak frame home and spent 14 months looking for the ideal plot. Yet in the end they chose one of the first sites they stumbled across, a semi-derelict listed barn on a farm in the Berkshire countryside. Originally a conversion was not even on their minds, but there was something about the barn that the couple connected with. “It felt like home,” says Helen.

Obtaining planning permission would take another 12 months of design and negotiation effort. This was in part due to the barn’s listed status, but also the result of the couple’s ambitions; from the outset they wanted to ensure this would be an eco conversion.

“We had three objectives that we kept firmly in mind: we wanted to use as many eco products as financially sensible, we wanted to maximise insulation to reduce running costs and we wanted the house to be comfortable,” John explains. 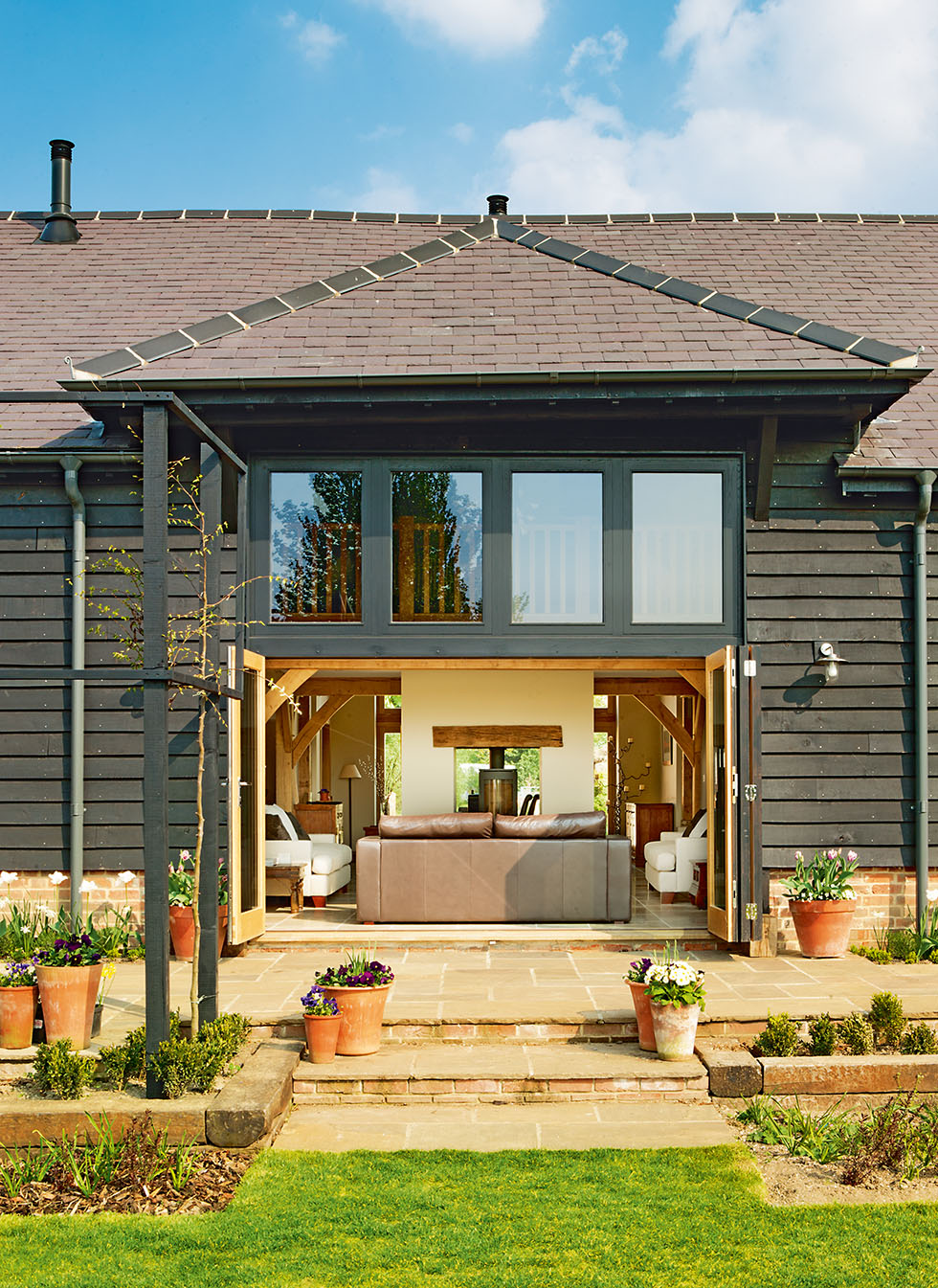 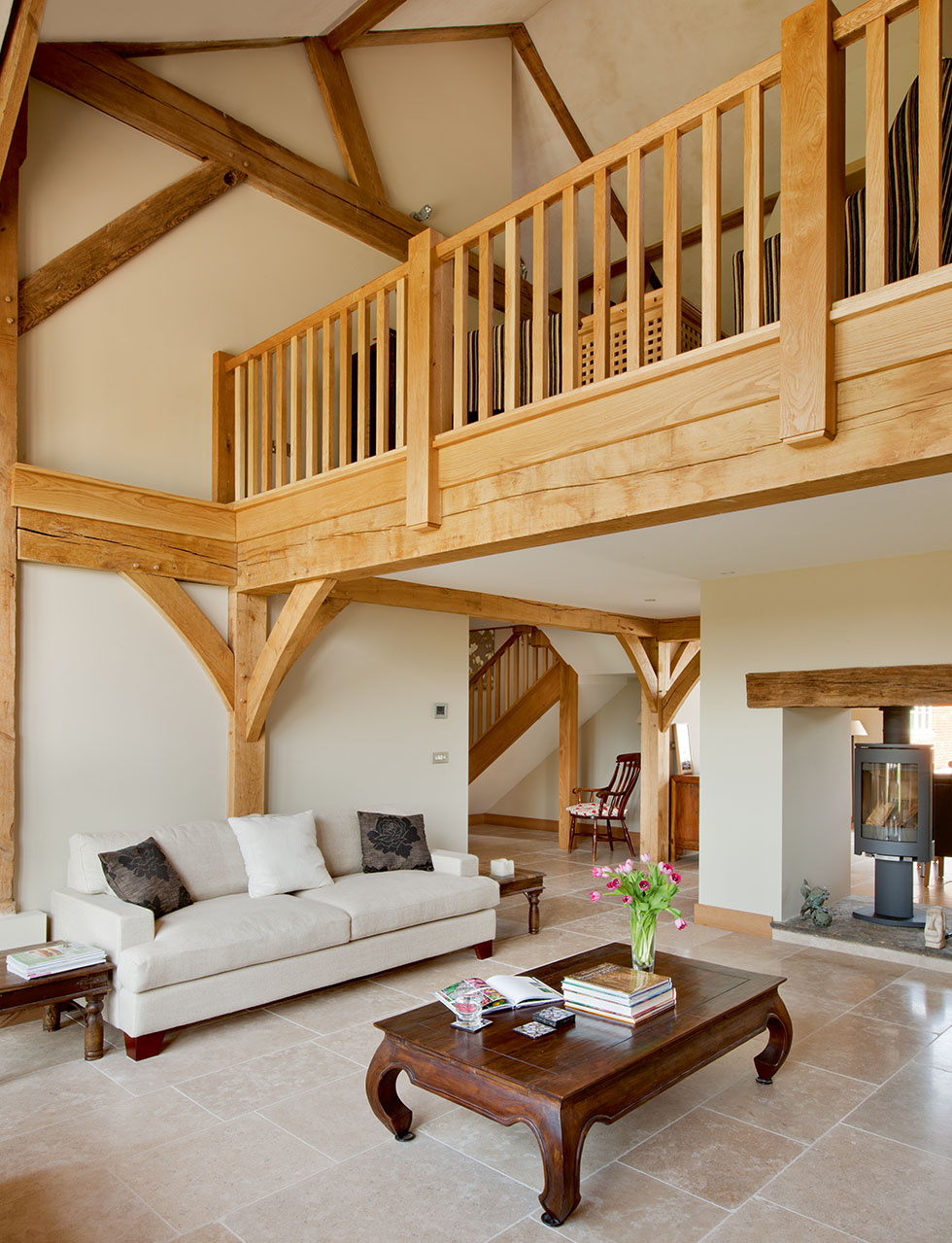 The couple began to realise that the potential existed to build a really energy-efficient and airtight house. The existing fabric of the barn was not strong enough to support a first floor, and one of the first and most significant decisions was to build a green oak frame inside the barn and use the existing timber frame as an envelope. This provided an opportunity to install 350mm of sheep’s wool insulation in the walls with 150mm of polyurethane under the floor.

For a main contractor the couple chose Sean Bishop, who had undertaken the conversion of the barn next door. “At first I thought no, too much hassle!” smiles Sean. “But then I thought that maybe this is the way of the future and this project would be a good opportunity to learn, to get to grips with new ideas and new methods.” 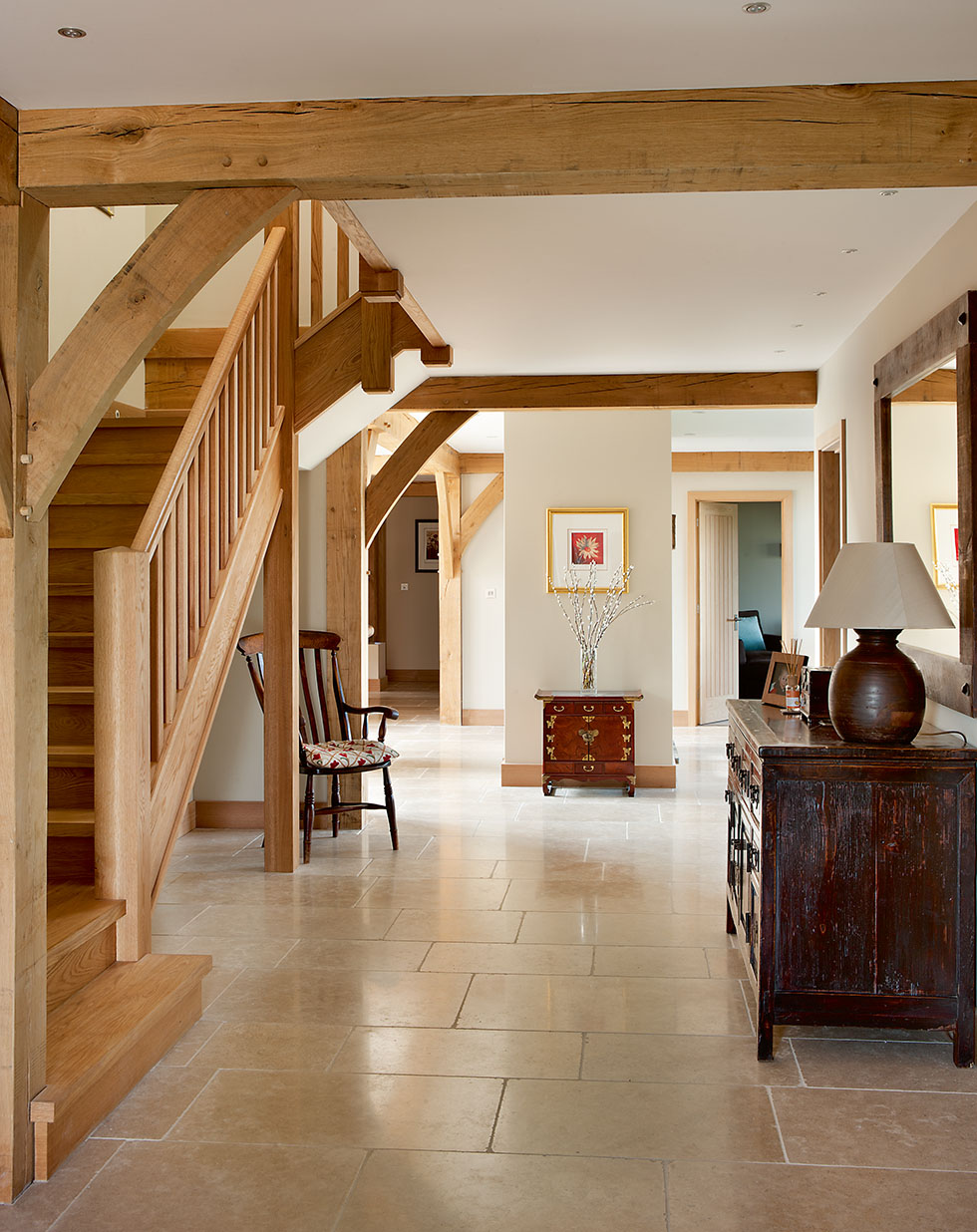 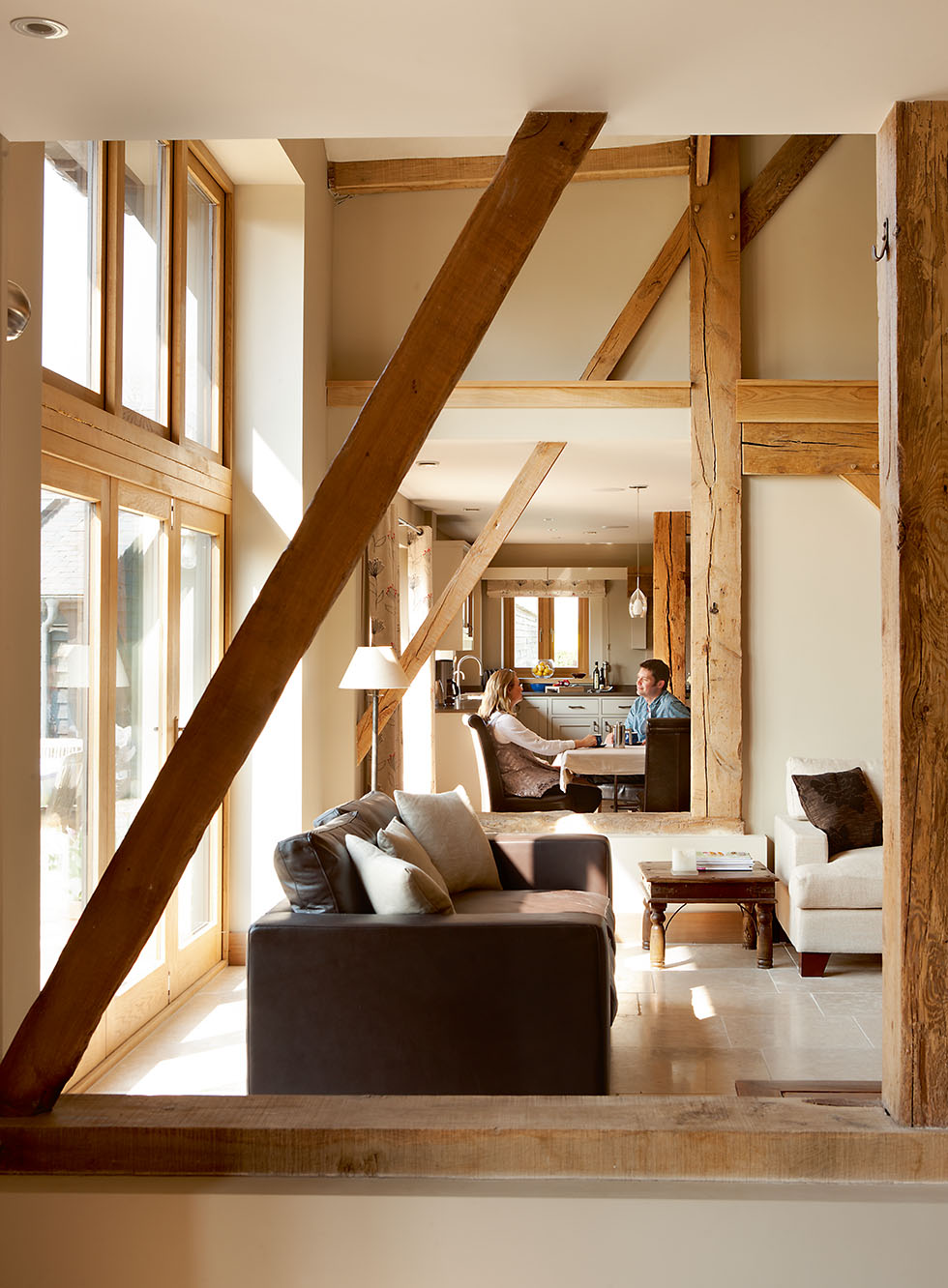 Sean’s biggest challenge was getting the airtightness right. “It was not something I had ever really thought about before, but when I went through the figures with the Parsons’ eco expert I could see where he was coming from,” he says.

The original target was an airtightness of 5m³/hr – twice as good as that required by the Building Regs – but with diligence and some ingenious ideas, Sean managed to achieve a figure of just 2.67m³/hr.

This same attention to detail was extended to all aspects of the project. There is plentiful oak on display, some old and some new — the latter so well crafted that it can be difficult to tell which is which. The house is also full of interesting features like a woodburning stove that can rotate to face either the living or dining room.

John and Helen have turned that huge, echoing space into a warm, welcoming and beautiful home. Now the house is finished the couple recognise that it could have been done quicker and cheaper, but they have no regrets. “This is the house we want to live in,” says Helen. “I never imagined that we would own a house like this.” 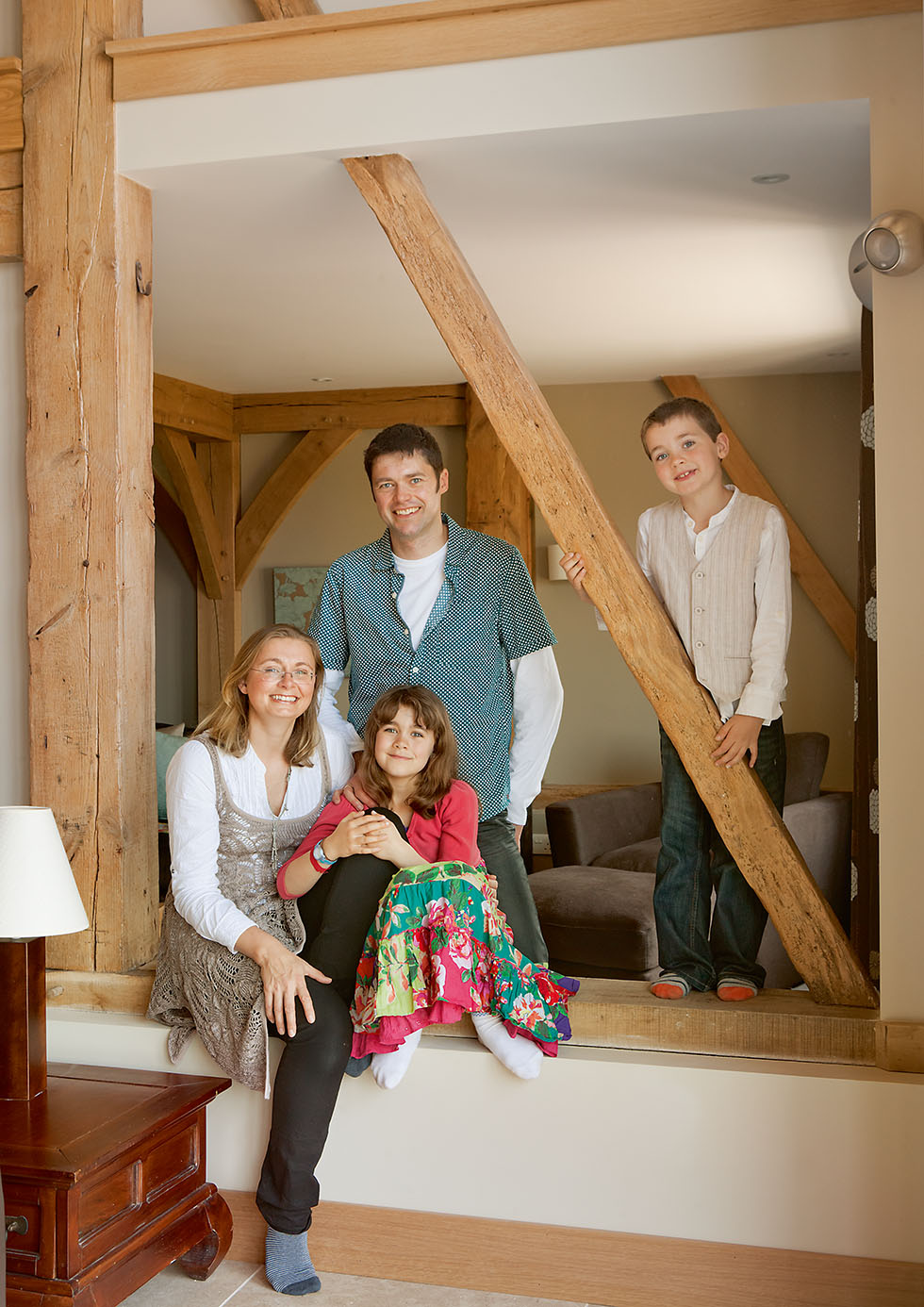