There’s a big difference between making your home unique and choosing somewhere completely unique to be your home. Yet the extraordinary new residence of artist and craftsman Nick Kenny, located in the picturesque and historic town of Faversham on the Kent coast, manages to fall into both categories.

The building itself is a singular-looking church, constructed at the end of the 19th century from prefabricated sections of corrugated iron and affectionately known as a ‘Tin Chapel’.

The chapel had been deconsecrated before Nick’s purchase and had already served as a scout hut and latterly as a premises for a joinery. “Which meant one of my first tasks here was removing all the old lumber and machinery from the last incarnation,” recalls Nick. 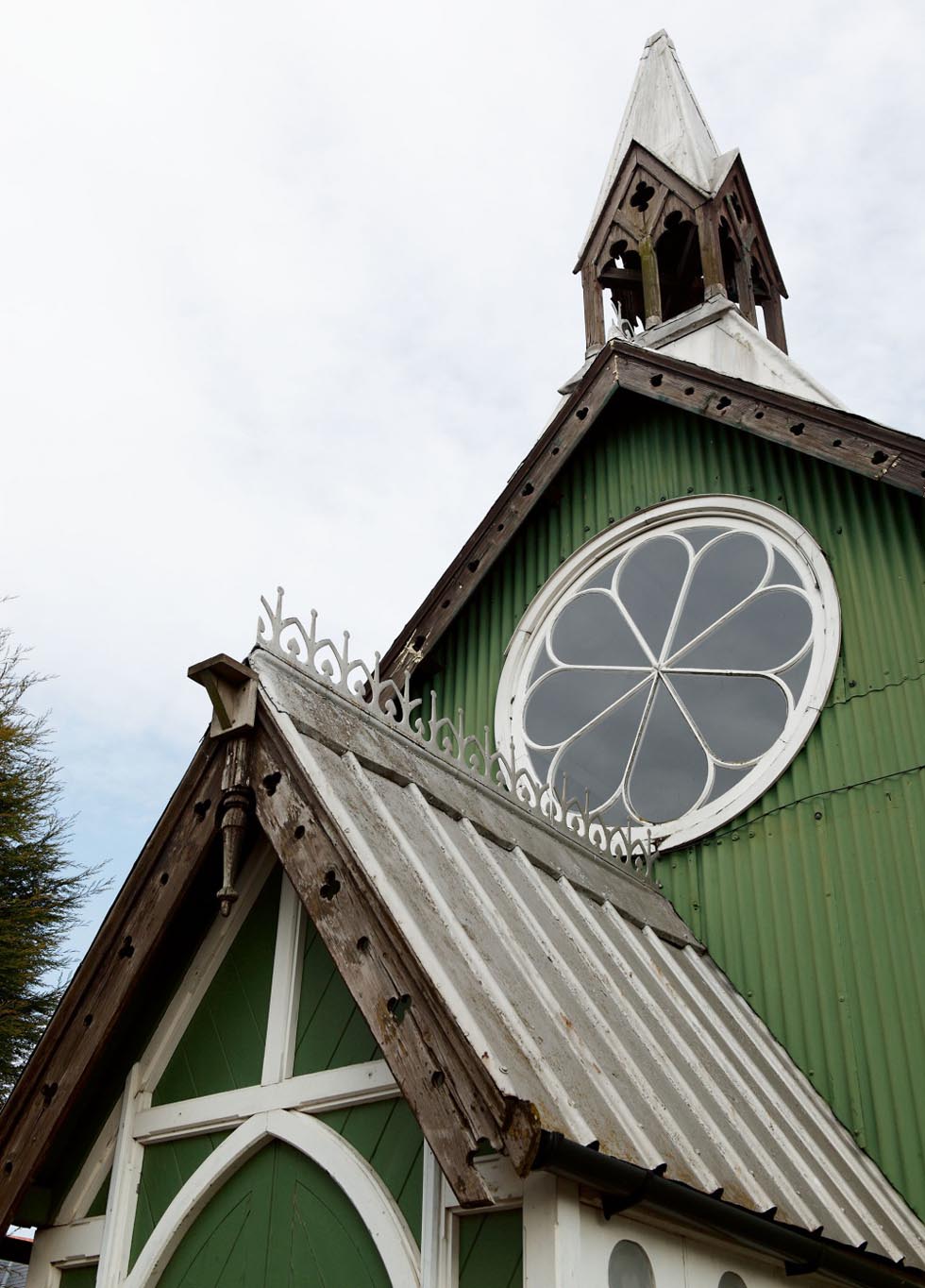 A pretty circular ‘wheel’ window, a wooden bell tower, bargeboards and the steel roof are virtually untouched with no cosmetic repairs – highlighting the building’s character and age 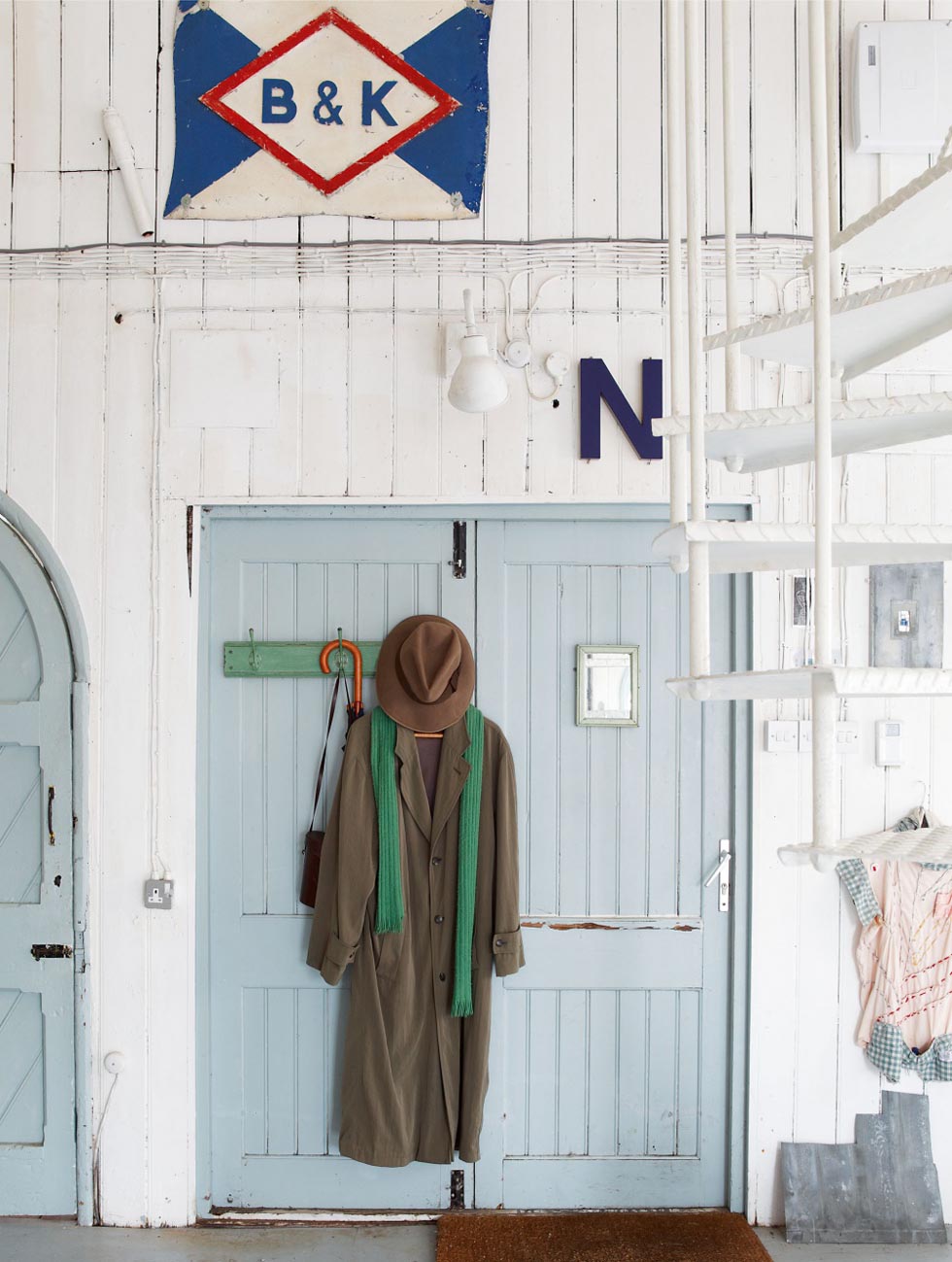 With unforeseen problems like this along with anticipated but no less lengthy tasks ahead, including completely re-plumbing and rewiring the chapel, the project was undoubtedly going to be a labour of love. “I was braced for a fair bit of camping in here while we sorted out the fundamentals,” Nick recalls, “and as it turned out I spent the first 18 months in here surviving with only cold running water, a kettle and a single electric frying pan to cook on.” 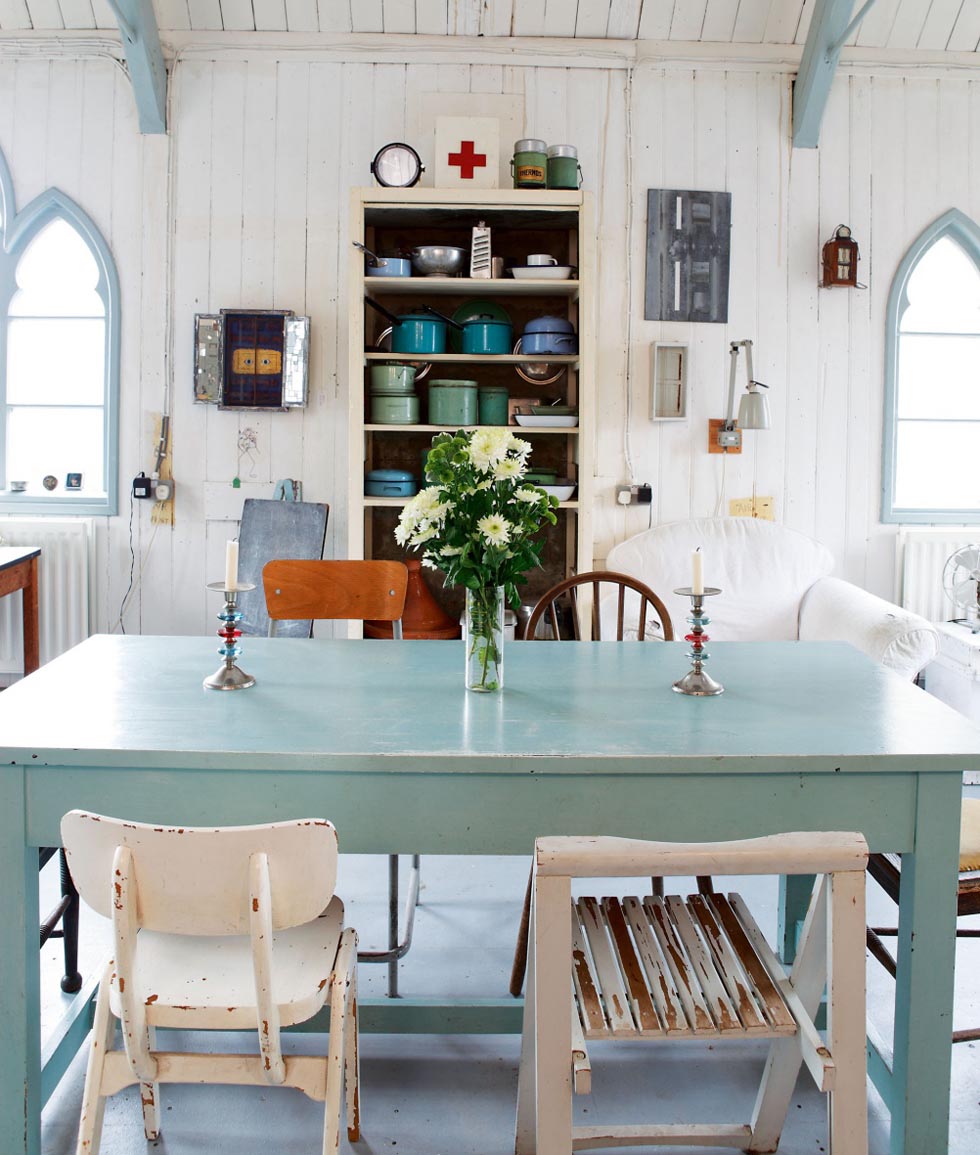 The tongue-and-groove panelling has been repaired and refreshed with white emulsion, while the doors, roof beams and frames on the beautiful perpendicular windows – designed in the ‘Gothic Revival’ style popular in the Victorian era – have also been repainted 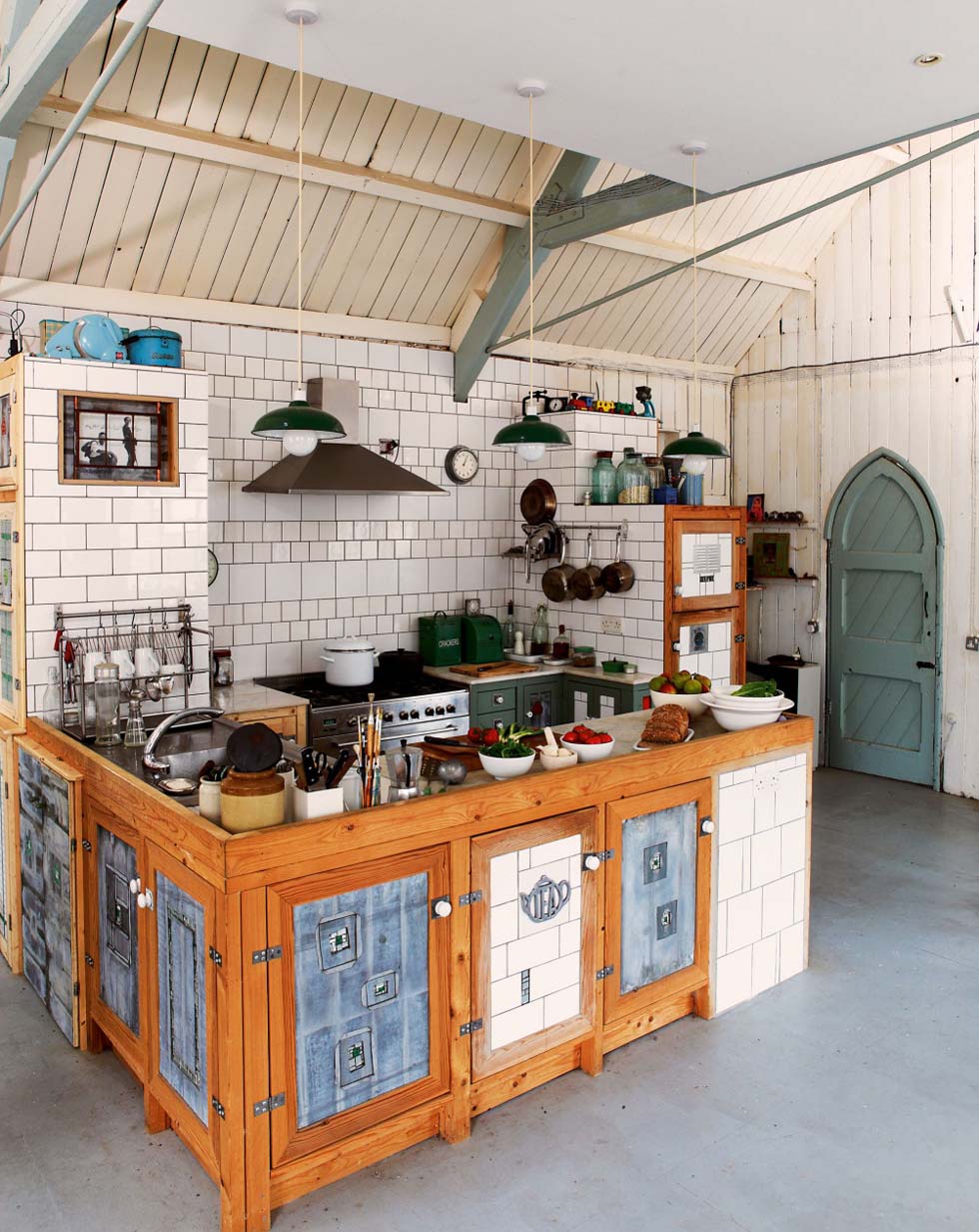 Nick hand-built the pine units with centre panels of salvaged roof zinc. Each is individually inlaid with random items. The marble for the worktops was taken from Victorian washstands and reclaimed tiles were recut 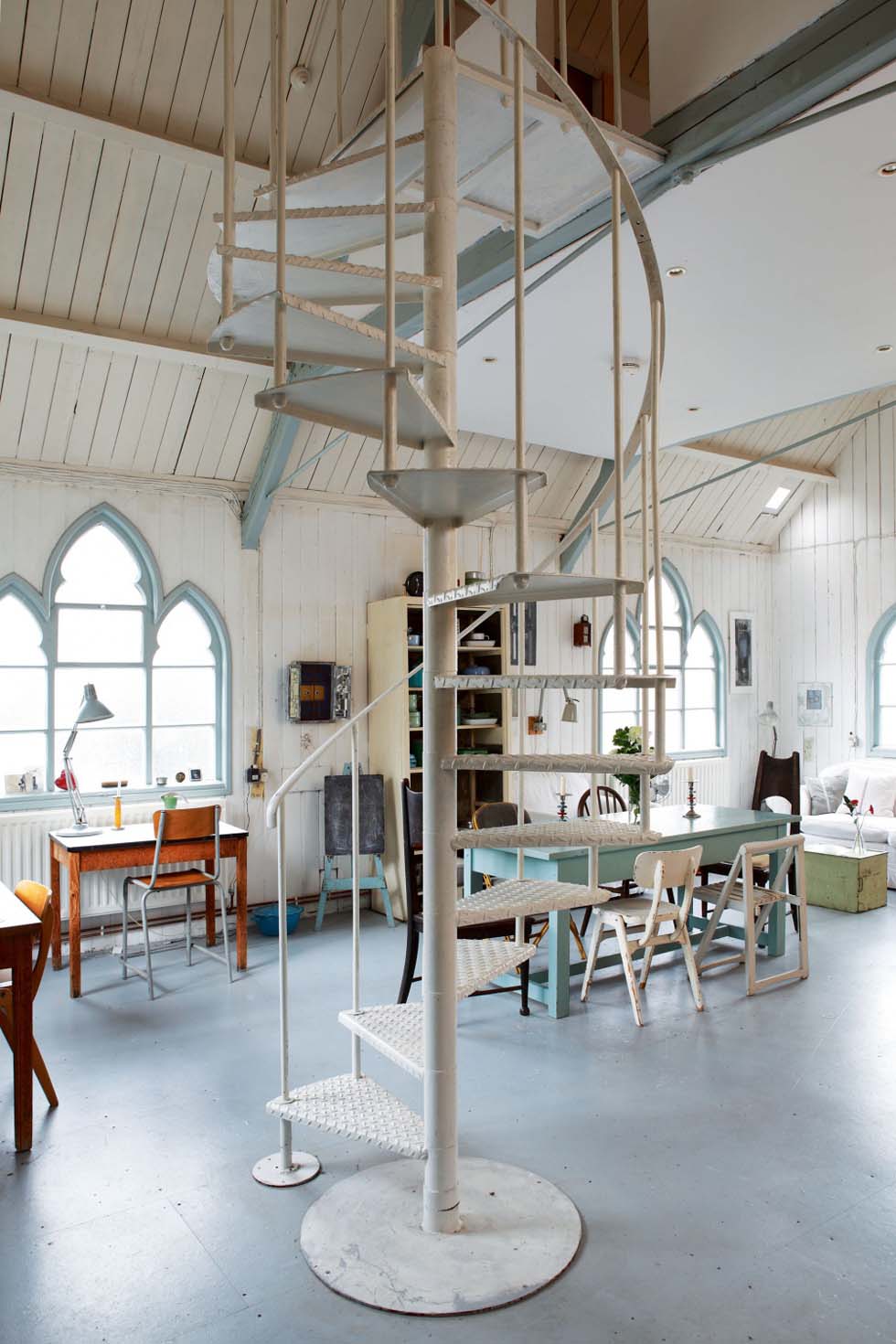 A spiral staircase leads to a mezzanine bedroom 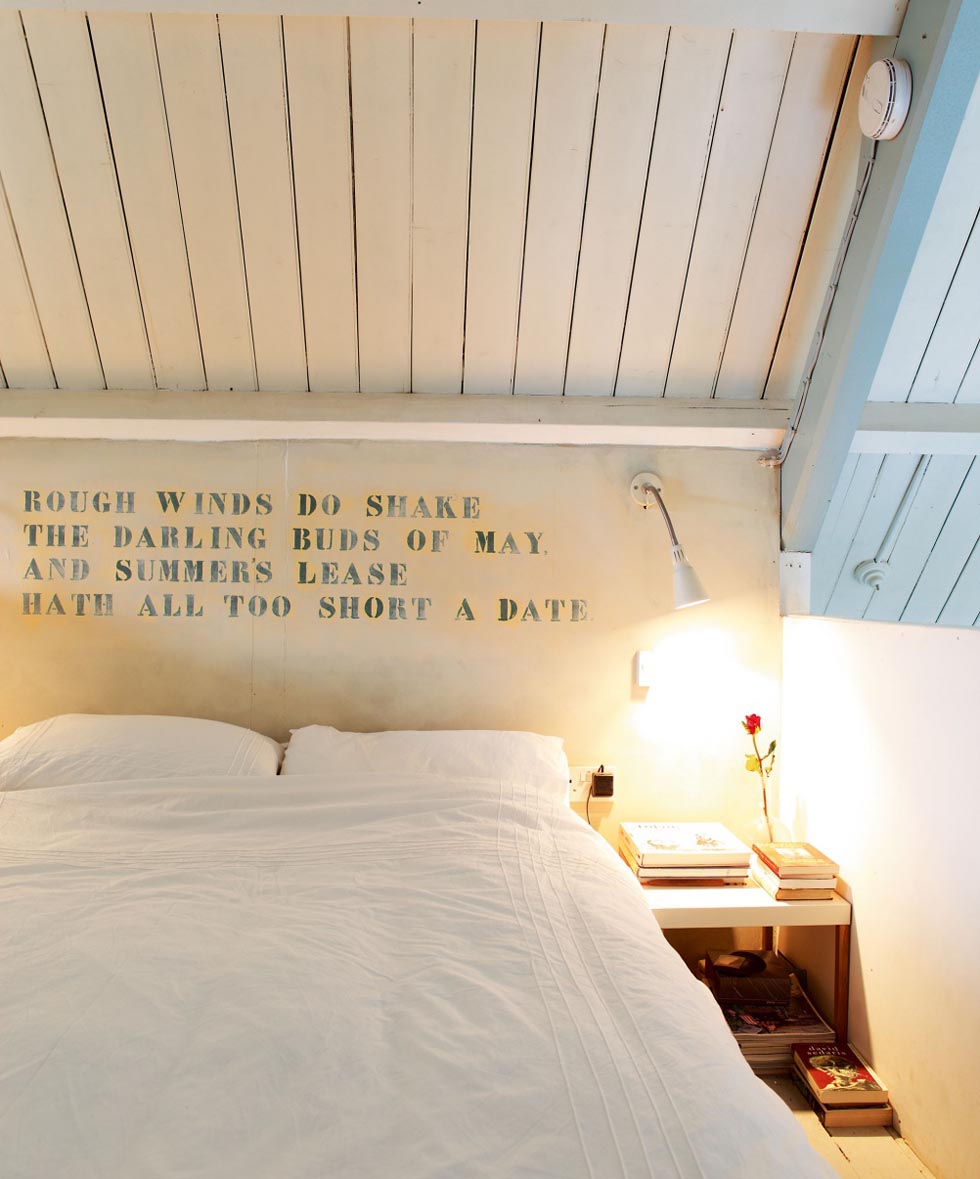 Nick’s mezzanine bedroom is centrally built into the eaves, suspended across two pine A-frames. It’s generous enough in size to house a double bed and built in wardrobe

Nick undertook and executed the fundamental elements of the conversion in a completely unique way. “Pretty much everything in here has been bought for a pittance as scrap or salvage, or picked up for next to nothing at auction,” Nick explains. “The bathroom is fitted with a reclaimed sink and a shower I made myself from old boiler parts, and clad in reclaimed tiles I simply re-cut to fit the space.” 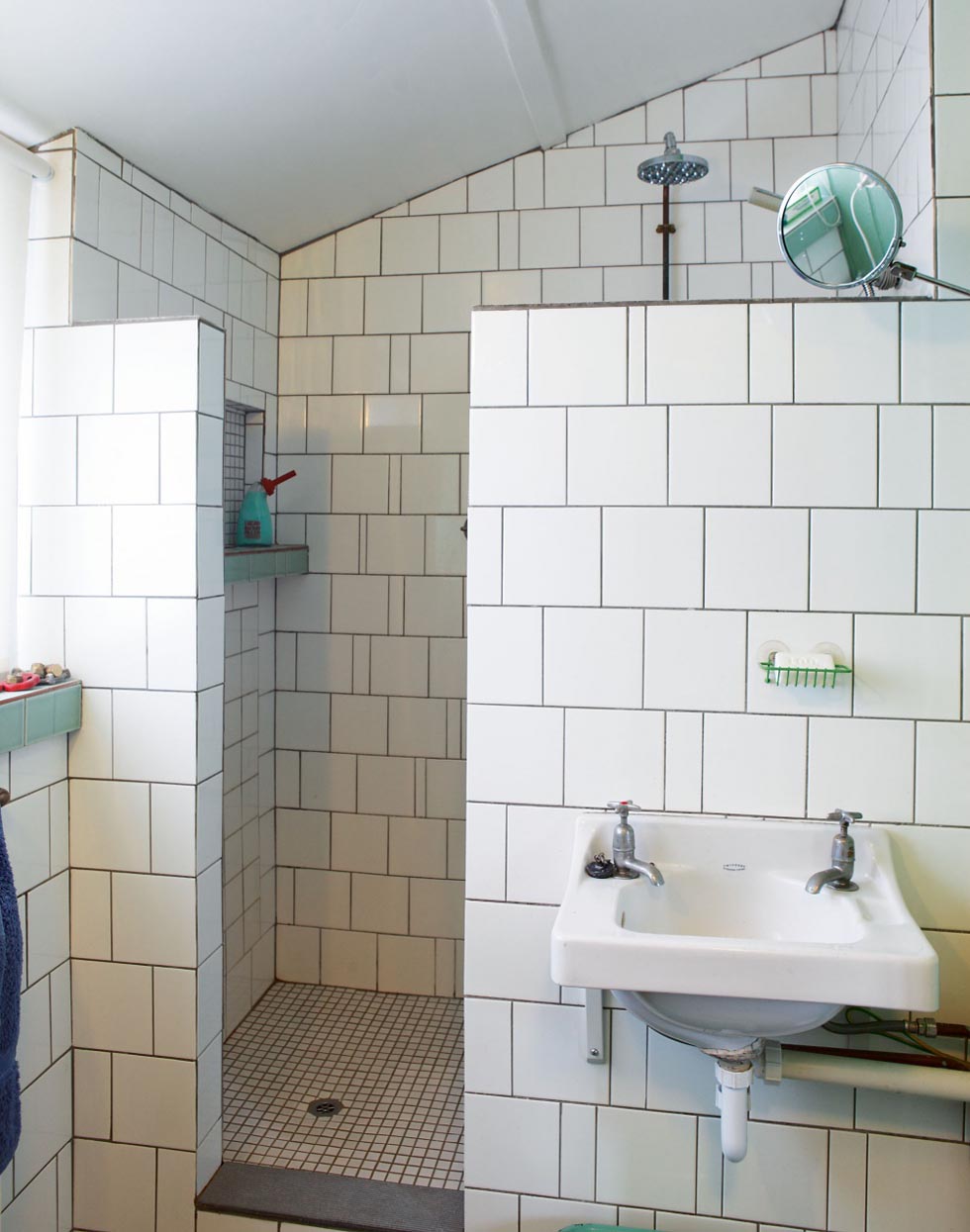 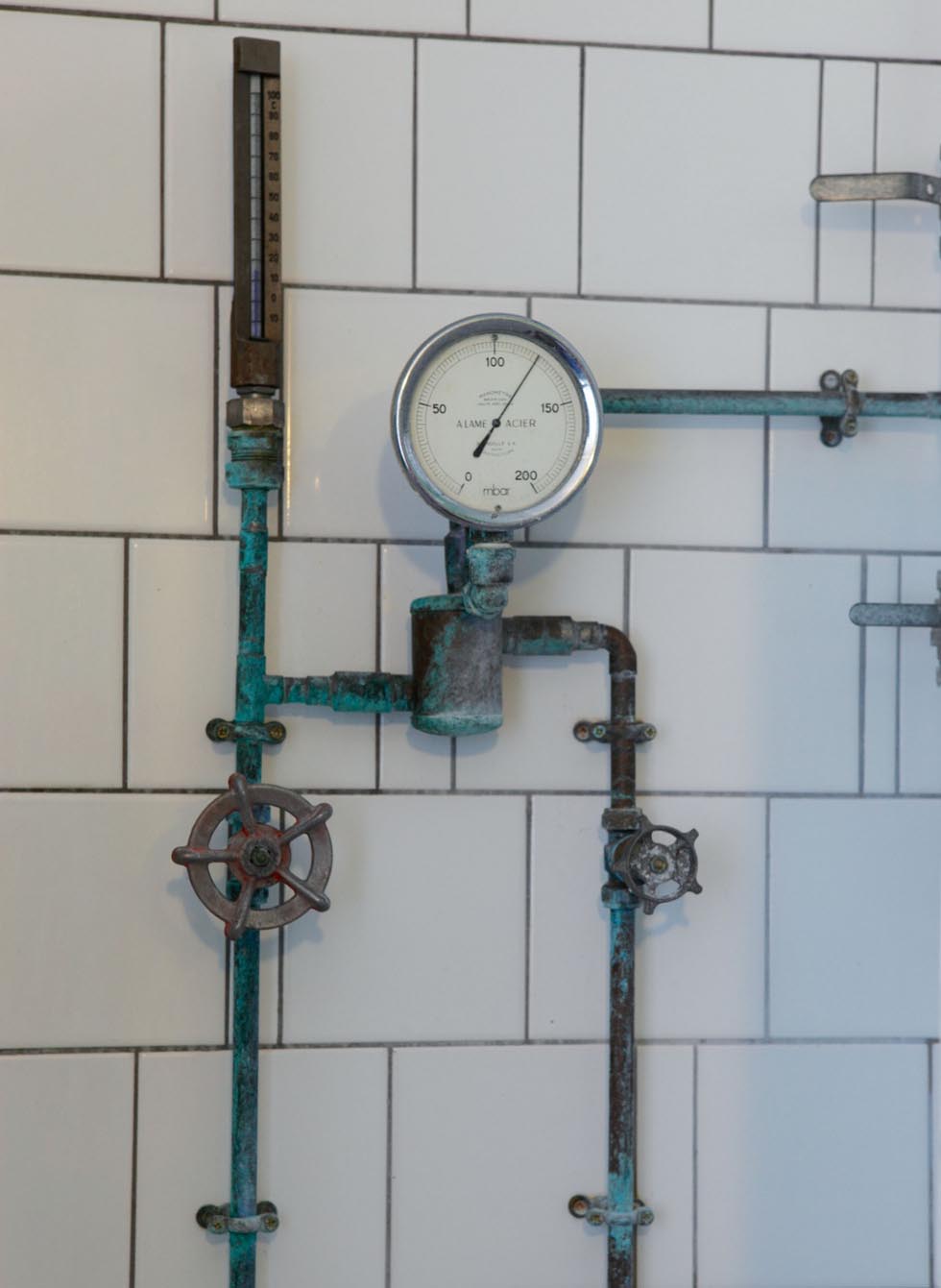 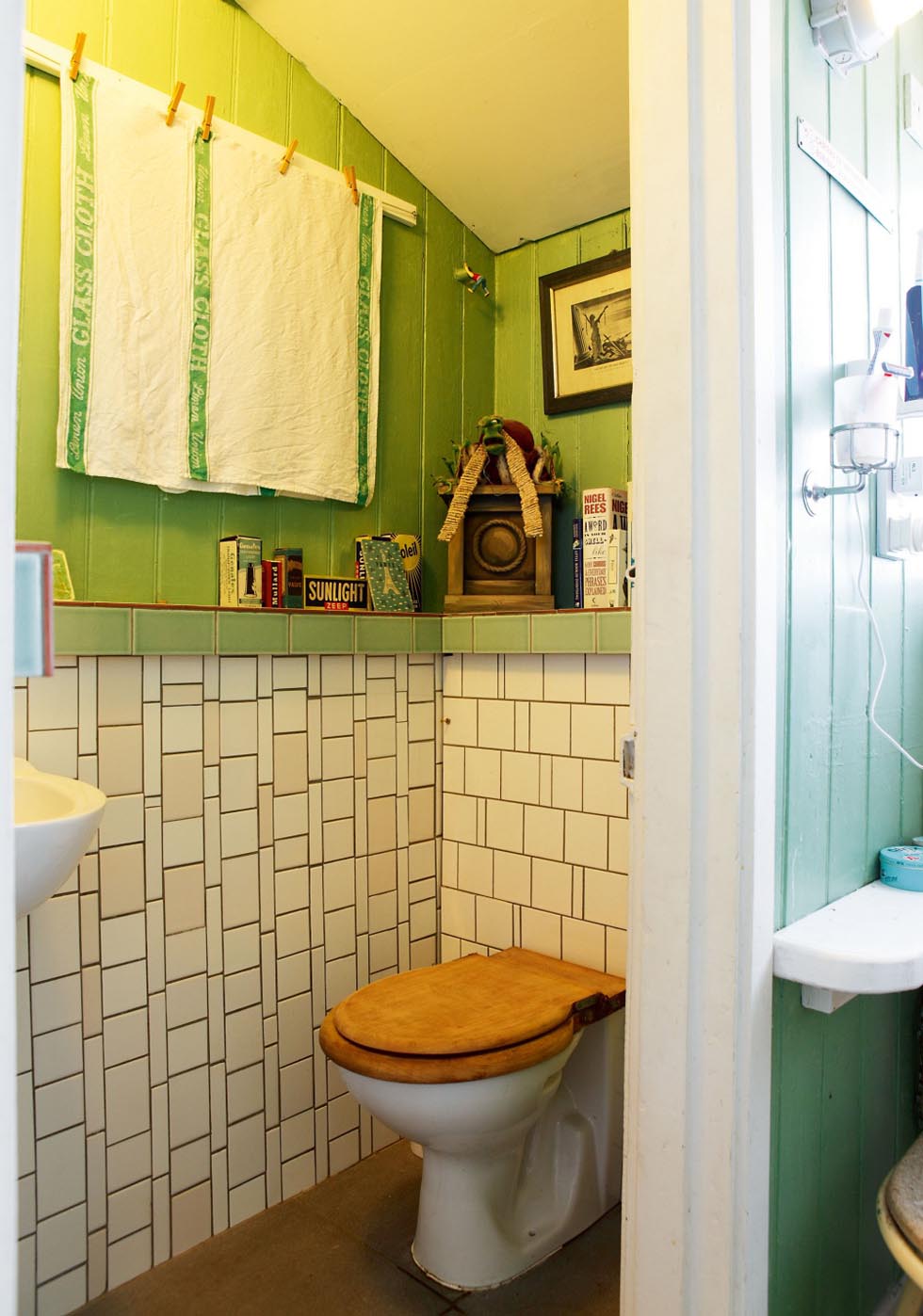 The tiling is all reclaimed, re-cut to fit the space

A work in progress

Nick’s approach to refurbishing the amazing space using entirely recycled items and materials is not only creative and budget conscious, but as a happy by-product is also eco-friendly and impossible to imitate — akin to a giant work of art.

“This will always be a work in progress,” muses Nick, “but I regard my role here more as that of a privileged curator than a resident, and I think refitting and furnishing the property with old found objects was exactly the right choice.”