Anne Katrine Dolven has added a timber extension to an East London Victorian terrace, creating unique contemporary spaces lit through feature glazing. As with many innovative designs, the tower came about almost by mistake as the result of a whimsical sketch by Anne’s architect; and the individuality of the design meant that it took three years to gain building consent. But now the timber and glass extension with a glazed roof stands both as a striking and unique piece of architecture and a wonderful memorial to Anne’s husband, who sadly passed away before the build was completed. 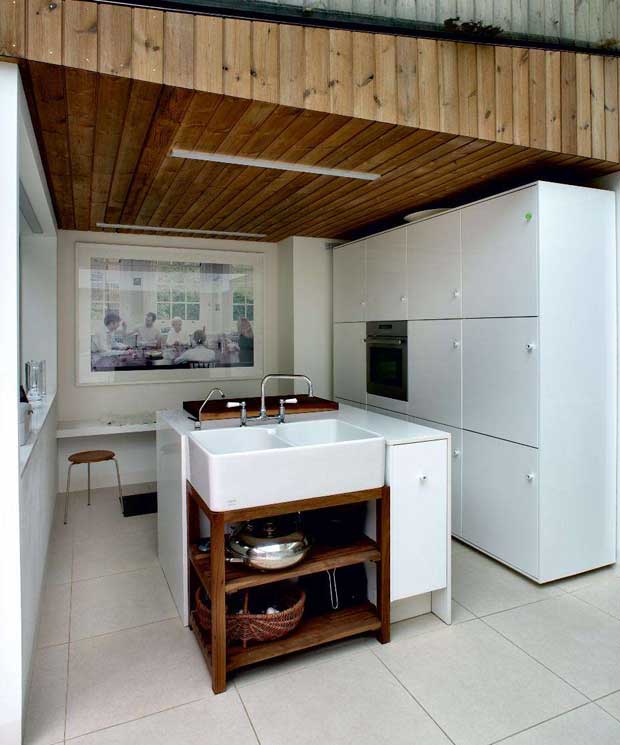 If there were a prize for best bathroom, Anne’s home in Hackney would easily win it. It’s rare that one finds a bathroom that multitasks but Anne Katrine’s not only combines a magnificently stylish bathing area, but also has a space for exercising – complete with dumbbells – and hooks from which she can string a hammock to gaze up at the ever changing sky through the room’s glazed roof.

Like so many projects that H&R visits, this fabulous creation almost did not happen at all. After all, Anne Katrine, who bought the house with her husband, Vicco, seven years ago, simply wanted to reorder the space in the basement kitchen. “We asked an architect from 51% Studios if he could design something for us. He was sitting in the back garden and he made a sketch of a tower that would be hidden by the tree.” 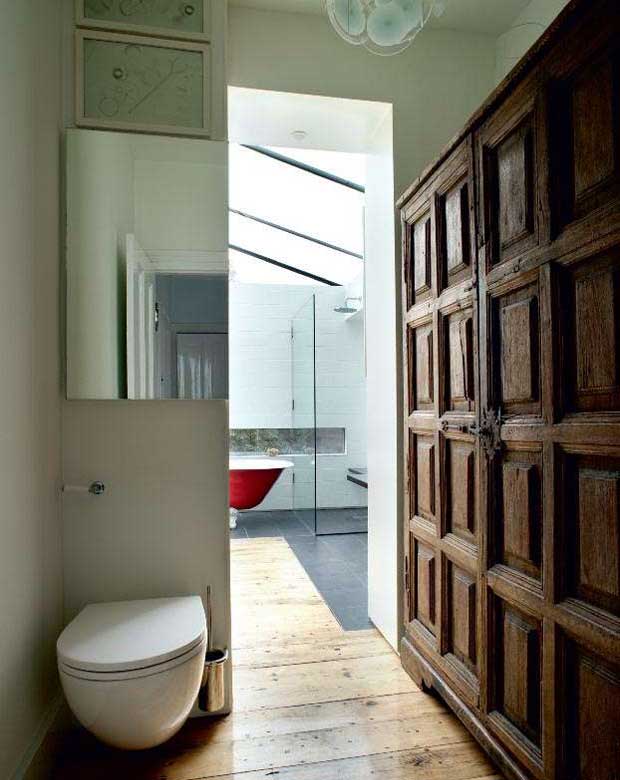 The tree in question is a very regal and looming example of a London plane in the front garden, and the idea was to build a rear extension that, instead of finishing flush with the side wall, stood proud about 18 inches to one side. This narrowest of elevations would be glazed on ground and first floor level to frame the tree trunk and its upper limbs perfectly. The exterior would be clad in wood – taking its cue from the tree again – and be topped off by a sloping glass roof, quite unlike anything else in the area.

It’s a stunning take on that most humdrum of projects, the rear extension, and a nice conceit to boot — one that has far more va-va-voom than the ho-hum add-ons found on most houses. But you can’t help thinking that Anne Katrine paid a rather high price for these modern twists: getting planning consent to build it took a horrifying three years, largely because the house – a nice but not particularly extraordinary early Victorian semi – is listed. As the extension would be visible – just – from the street, there was an exceptional amount of hand-wringing and prevarication.

“Everyone around here builds without permission,” she says (and the botched dormers and ramshackle lean-tos in evidence around the neighbourhood do seem to corroborate this point). “We tried to do everything correctly and were punished.” 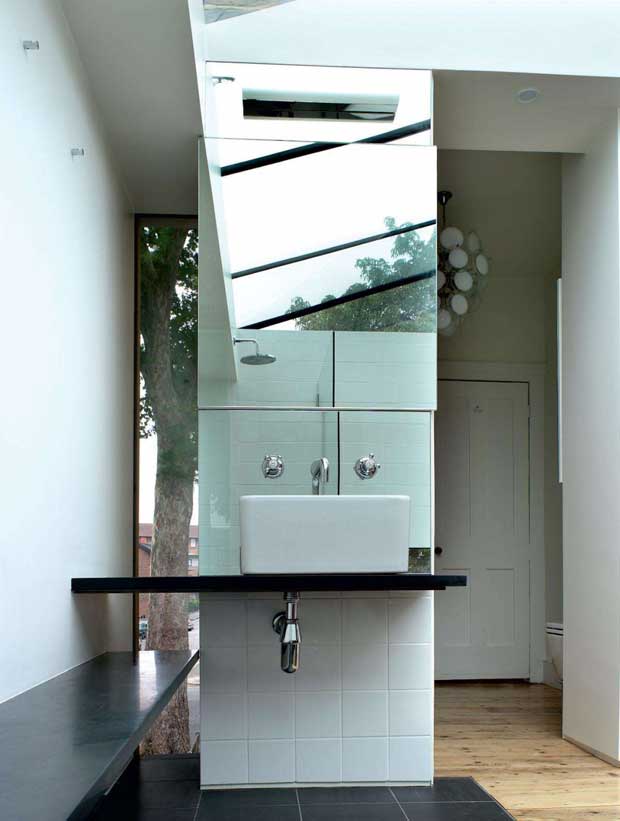 The glazed roof in the bathroom creates an open-air feel

She was finally assisted by the Commission for Architecture and the Built Environment (CABE) which advocated the project and was able to lobby the local authority successfully on her behalf. Nevertheless, the delays were a shocking waste of time and an indictment of the conservatism of some planners, even ones working in extremely mixed urban areas, that such a self-evidently interesting and attractive piece of design could have caused such reservations.

The endless waiting did have some benefits: “The main contractor and I were able to agree everything before work started, even down to the colour.”

However, there was an unforeseen and tragic turn to the hold-ups: Anne Katrine’s husband never lived to see the work as he became ill and died at just 42 years old, shortly before the build started. Anne Katrine calls the extension Vicco’s Tower in his memory and says that having the builders on site helped her cope with her grief. “I loved having the men here all the time and having the house full because my husband had just died. I thought if I have to have chaos for a few months then it’s OK because it’s creative. I had been through hell and building is a luxury.”

So as a wonderful piece of architecture, an outlet for her grief and a memorial to a loved one, Vicco’s Tower is a great achievement. All too often multistory extensions can have rooms that feel a bit redundant, but in Anne Katrine’s each one has a function and is obviously integral to the running and flow of the house. The largest space is in the basement where the original rear room, plus the extension and an area to the side of it have all been combined to create a lovely functional entertainment and cooking space full of mementoes and neat storage ideas. (IKEA units are used in unusual combinations to make it really individual.) Placed strategically around the room – and throughout the house – are the artworks she has both collected and more often, as a photographer, produced.

On the storey above is an office which, poignantly, was to have been Vicco’s study as he had just started to work from home. It gives the raised ground floor an air of completion, turning a tiny back cubbyhole into a functional and attractive room that has been panelled beautifully and imaginatively in sheets of birch ply. From the front door, the room gives a view all the way through the house into the garden courtesy of the horizontal slot of a window that rests just at eye level for anyone working at the desk below it. The desk is a quirky vintage find – Anne Katrine’s home is full of fabulous antique bits and modern classics – and a chaise longue tucked against one wall gives its reclining occupant a wonderful glimpse of the lime tree through the narrow glass elevation.

Perched above this is that bathroom which is accessed through the original bathroom — now holding just the loo and an enormous Spanish colonial wardrobe. And then into the realm of the senses, the most stylish bathroom most of us judges had ever seen. The claw-footed bath was rescued from the original bathroom and now dominates one wall, while a luxuriously large shower is placed in one corner. A cantilevered slate bench runs from it along the adjoining wall which is dominated by a huge photograph of Anne Katrine’s native northern Norway.

The extension, while not adding a huge amount in sheer square footage, has allowed the house to breathe and dealt with some of its more awkward aspects: cramped small back rooms that didn’t draw the occupants to the rear of the house and certainly didn’t make much of the garden. “I think Vicco would have really liked it,” Anne Katrine concludes.