Originally designed by David Levitt for Roger Rigby, a partner at Ove Arup, in 1964, Ansty Plum sits on a steep slope into the valley overlooking a village of 12th-century buildings.

It has a simple open plan with a monopitch roof following the line of the land. An additional gem was a small studio in the garden, designed by the renowned Brutalist architects Peter and Alison Smithson, added in 1974.

Ansty Plum had fallen into rather sad repair when Sandra Coppin discovered it as a renovation project. “It was cold and the services were appalling. There was no hot water. It was always dark and largely uninhabitable for eight months of the year,” Sarah explains.

“All services, including underground drainage were replaced. An air-source heat pump was installed for hot water and underfloor heating. Single-glazed windows were replaced with double glazing and walls were insulated where possible,” says Sandra.

“Many changes made over the last 50 years were removed so as to express the architectural qualities that the original house displayed. While the roof insulation was limited, we took the decision to leave it intact and not destroy the primary reading of the building’s form.” 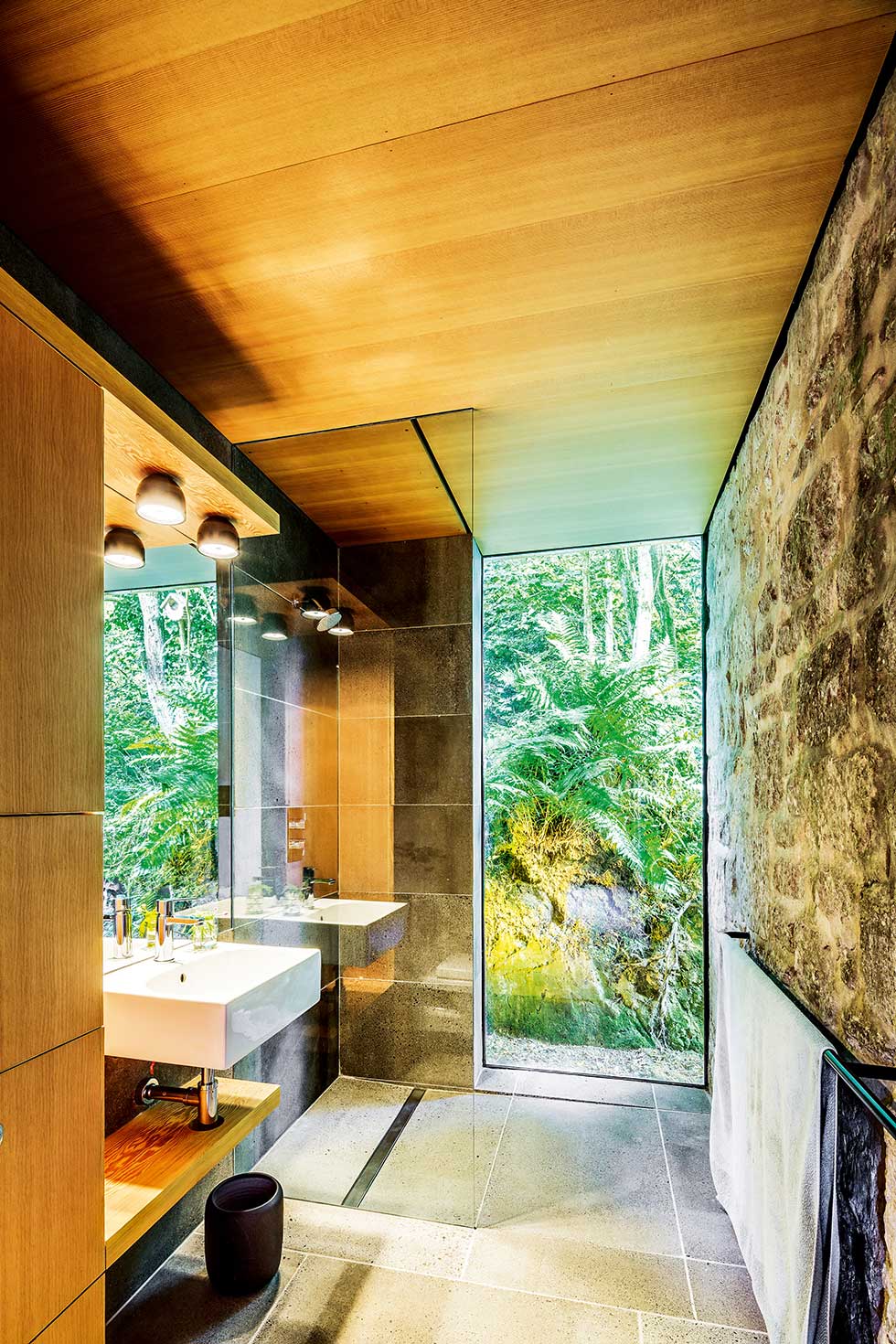 The garden studio, a mid-1970s addition by renowned Brutalist architects Peter and Alison Smithson, was suffering from damp and has undergone a significant remodel, with new timber panelling hiding insulation boards. A small 9m² washroom was also added

One of the most impressive elements of the renovated Ansty Plum is the lighting. There is a clever lighting plan (by Light Plan consultants) that is based around LED strips hidden in recesses, creating warm background lighting (that also reduces energy consumption on lighting by 55 per cent compared to the existing) that highlights the beautiful ceiling structure. 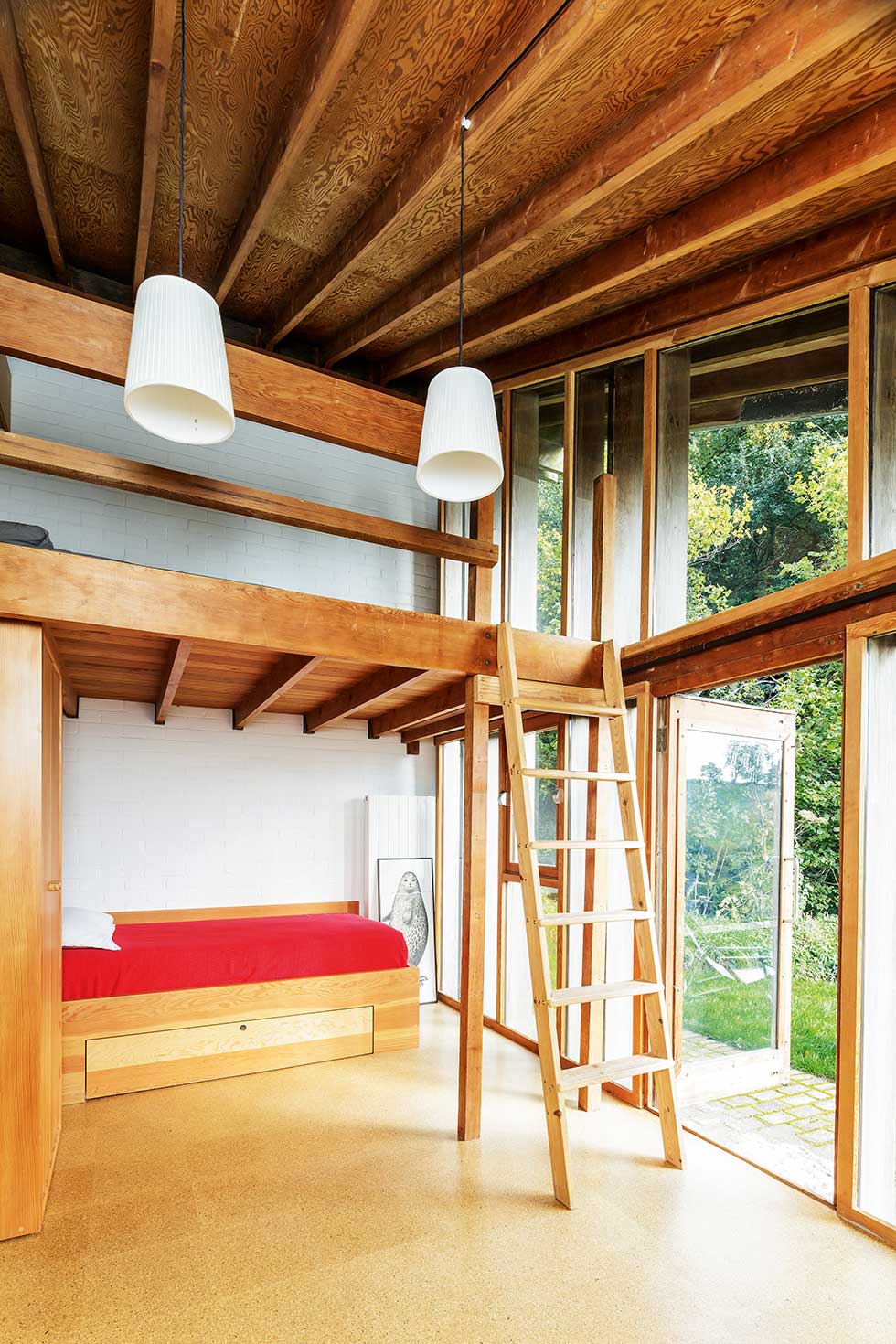 Materials were recycled too — the old zinc roof was used for new furniture, the brick floor for external paving and kitchen cupboards made from salvaged chemistry lab desks. Upstairs, the floor received an 8mm layer of cork, providing a modest degree of thermal insulation and floor finish in one.

The performance of the house has been improved dramatically. Comparing like with like, emissions from heating are now just 20 per cent of those from before the retrofit. 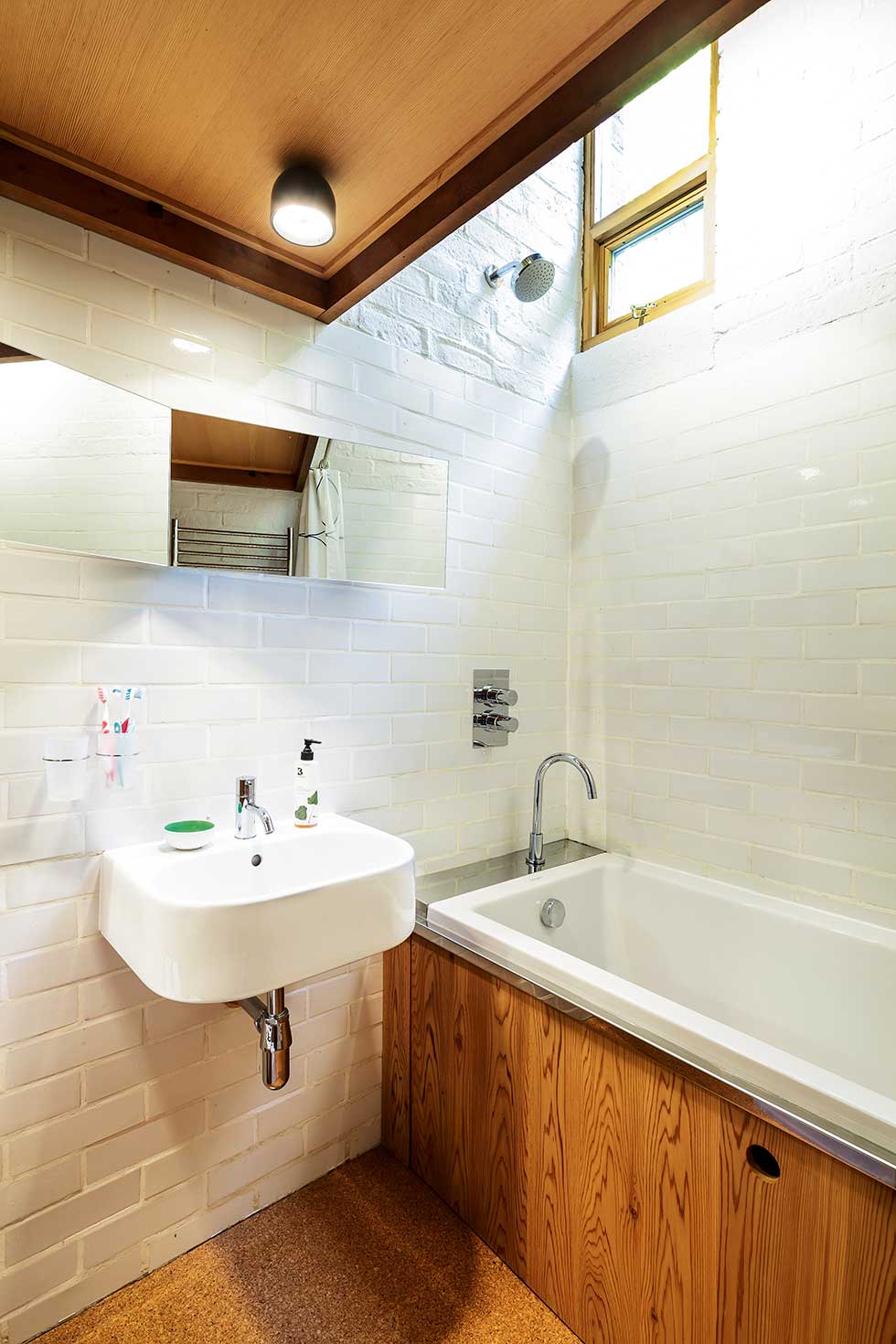 With showers and general bathroom plumbing cleverly built-in to the building’s fabric, Sandra was keen to upgrade the fittings rather than rip out for the sake of it

The Smithson studio required intensive repair and upgrading. The failed roof and copings were replaced with a new insulated roof and cast concrete copings. It was tanked and insulated. A small 9m² stone and concrete washroom extension was added. 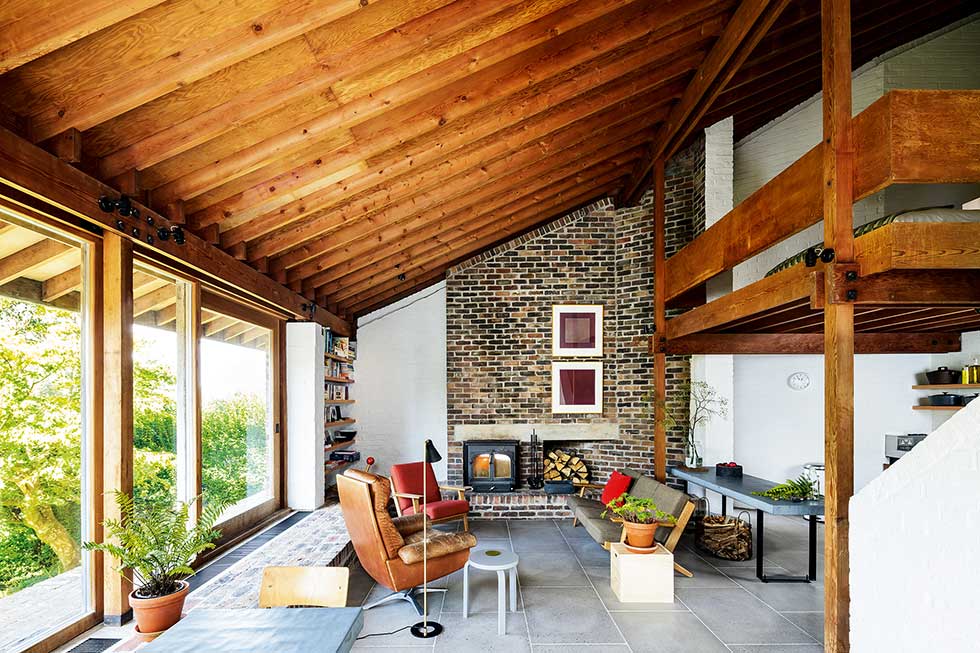 The concrete paving slabs were Marshalls Commercial Standard Grey Pimple Flag Paving in 900x600mm. They were then ground down to remove the top 3mm of the pimpled slabs, and sealed — a remarkable look for around £10/m²