Lancashire-based Esse has just launched an industry first — their latest product AutoBlaze is an ingenious electronic ignition system for woodburning stoves. Simply load your dry logs in front of the air jet, close the door, press the remote and the five to eight minute lighting cycle begins. There’s no need for kindling, and as well as being clean and safe, it is also a great solution for ‘cold flue’ or poor-draught installations.

Hands up how many of you have forgotten that stove handles and controls get very hot? The new cool touch controls available take care of the problem, so you can safely pop another log on the fire without risking your fingers or clumsily fiddling around with heatproof gloves.

Stoves with storage for logs beneath or to one side have become increasingly popular in recent times. Not only do they look great but they also make practical sense, keeping logs to hand and eliminating the need for a separate log basket — useful for those short on space or aiming for a more minimalist look. 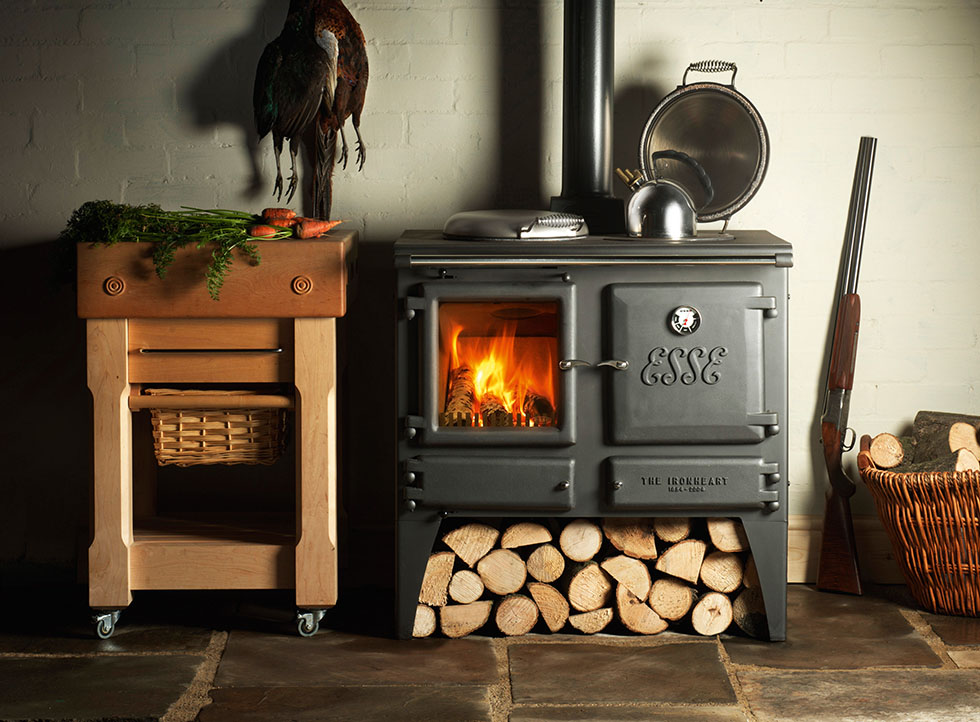 The Esse Ironheart cookstove can also be specified with a domestic hot water boiler. It costs £3,910

A really useful feature on many new stove models, this controls and directs the air coming into the stove. Any volatile by-products emitted by burning your fuel are reignited and burnt again. What this means is reduced emissions, less ash deposits and more heat for less fuel. It also keeps your chimney cleaner and your glass doors beautifully clear. 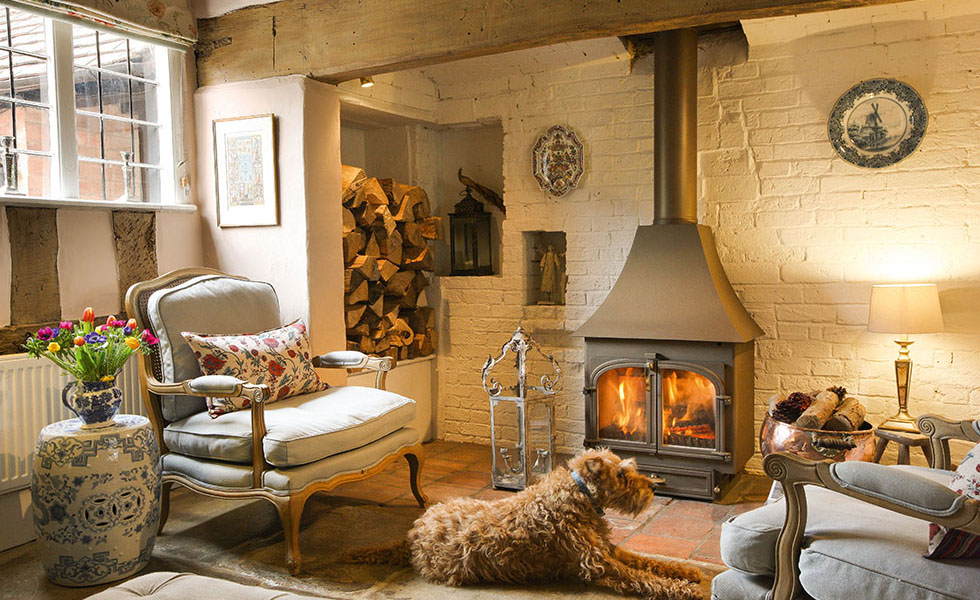 Woodburners are not just for inside your home — the idea has now been transported outside too, with some pretty striking designs. Most models of outdoor woodburner, such as the stylish Firestone from Esse (right), double up as pizza ovens or barbecues, as well as providing a cosy heat, extending your enjoyment of evenings in your garden beyond the summer months. They also come with handy features such as extended fluepipes to take smoke well away from where you are sitting and rain shields meaning they can be enjoyed in all weathers. 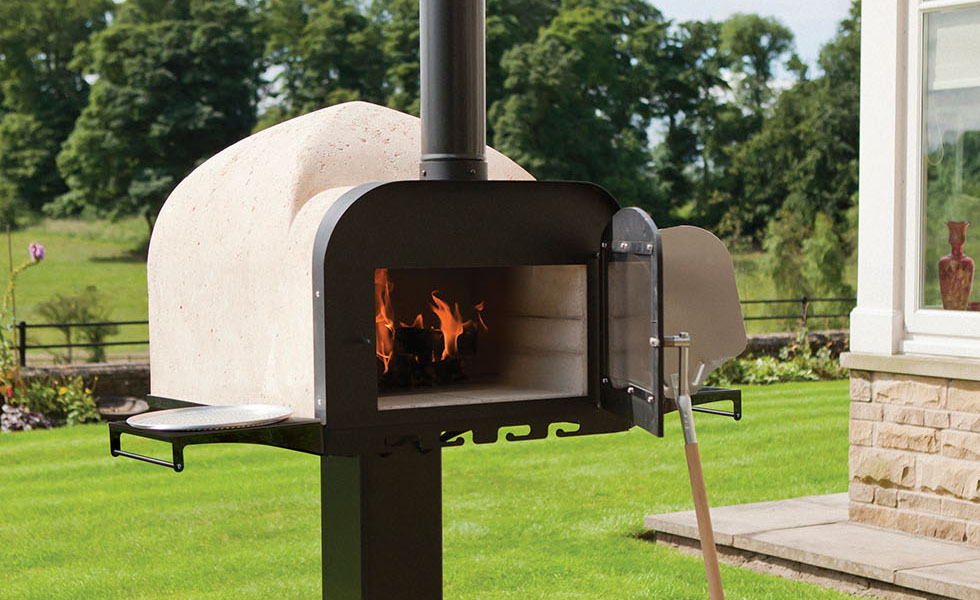 Declan Walsh, Managing Director of Morsø UK gives his opinion on the changes currently taking place in the industry

How have buying habits changed within the stove sector in the past five years, and what are the latest trends?

“The trend now has changed from traditional stoves to modern, contemporary freestanding stoves that are a focal point in the room. The UK consumer now wants lots of glass with as much viewing of the flames as possible. Curved models are also very popular, and serve as functional pieces of furniture”

With oil prices now falling, why would anyone install a woodburning stove?

“While energy prices are currently falling it is also worth remembering that they were a lot higher not too long ago and chances are they may be again. Burning wood is environmentally friendly as it is carbon neutral. In addition there is a certain ‘cosiness’ – something the Danes refer to as ‘hygge’ – that comes from sitting in front of a crackling wood fire that is missing from a gas or electric version.”

What are the latest technical innovations in the stove world?

“The modern stove is efficient, clean-burning and environmentally friendly. The next big thing in the UK may be pellet stoves — which can be set up to come on and off on timers like a heating system.”

Black is no longer your only option when it comes to woodburning stoves. Coloured enamel models are now widely available, making them easy to coordinate with any interior scheme — from country creams and duck egg blues, to vivid reds and yellows.

The Mendip 8 in Ivory costs approximately £1,848

Harking back to the cooking ranges of old, some models of woodburner now come with hot plates and simmering plates on top, useful for boiling a kettle or warming drinks.

“We’ve seen increased interest in DEFRA-exempt models that can legally be used for wood burning in smoke-control zones which affects most towns and cities in the UK,” says Matt Kisler from Dimplex. There are 100s of smoke control areas in the UK. Local authorities maintain their own lists, but if you live in a town or city, chances are you live in one. It means you need to use a DEFRA ‘exempt appliance’: i.e. a stove specially designed to emit less smoke. A full list is at smokecontrol.defra.gov.uk. 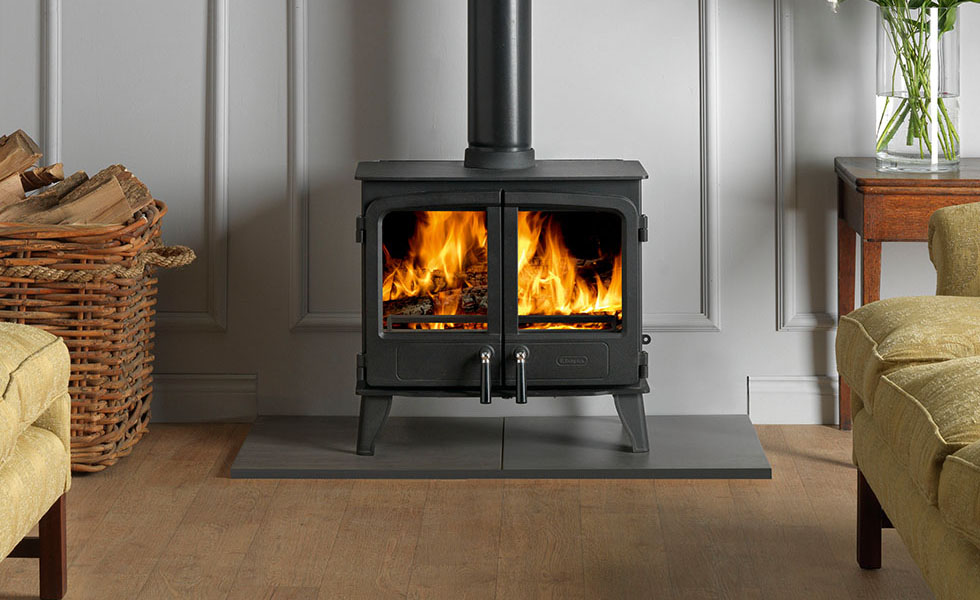 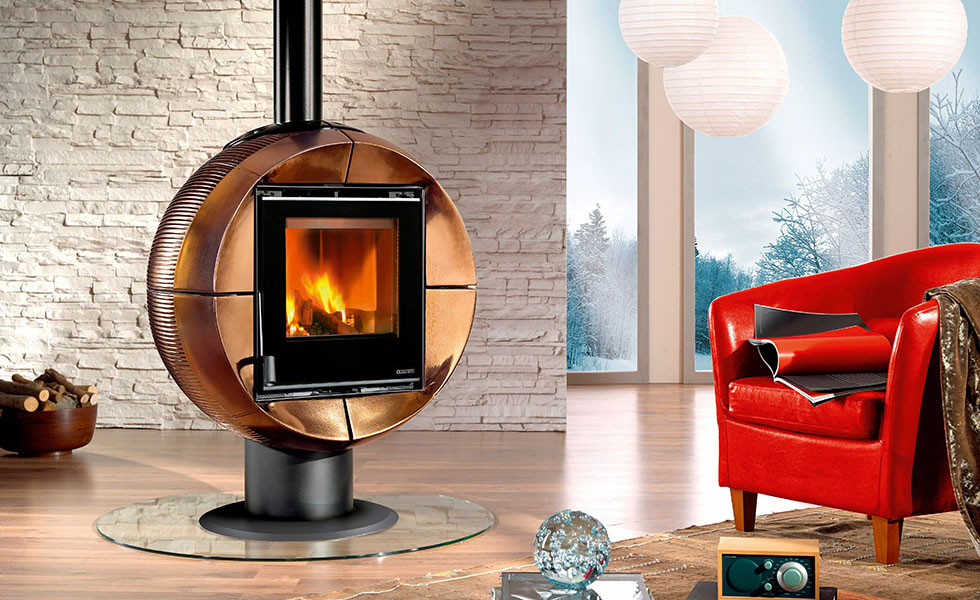 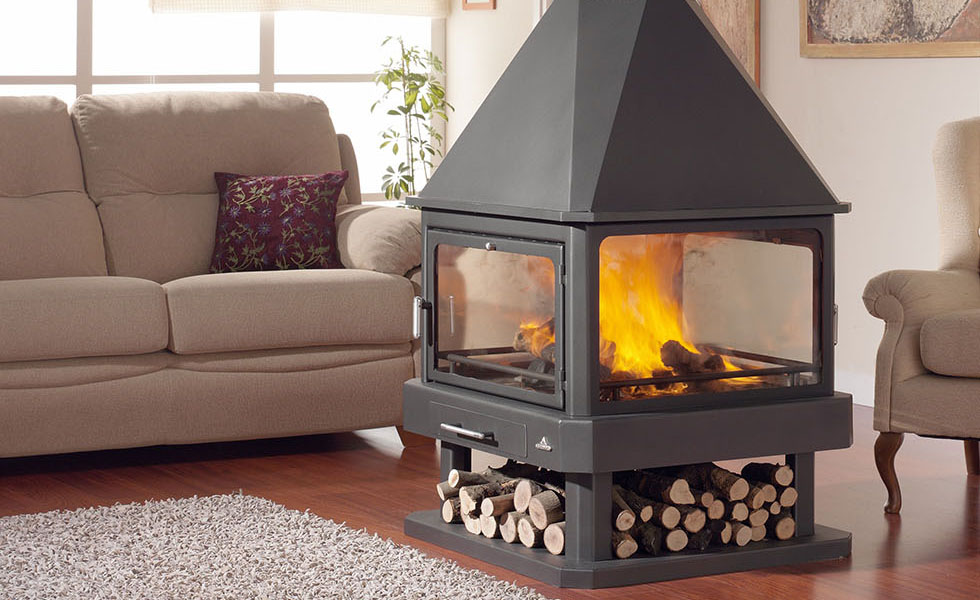 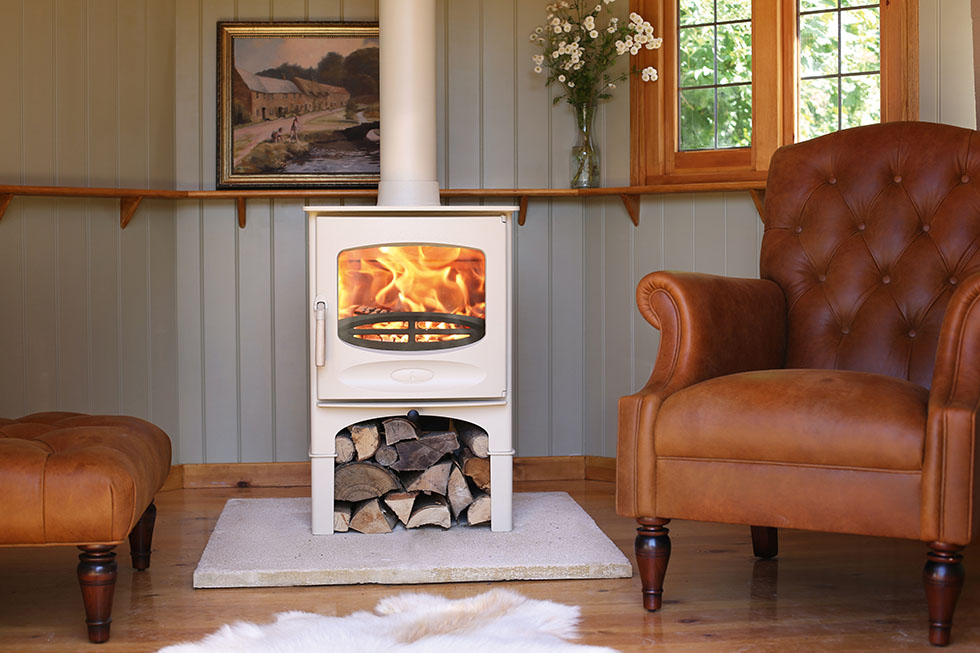 The C-Five from Charnwood comes in eight colours. Prices start from £870 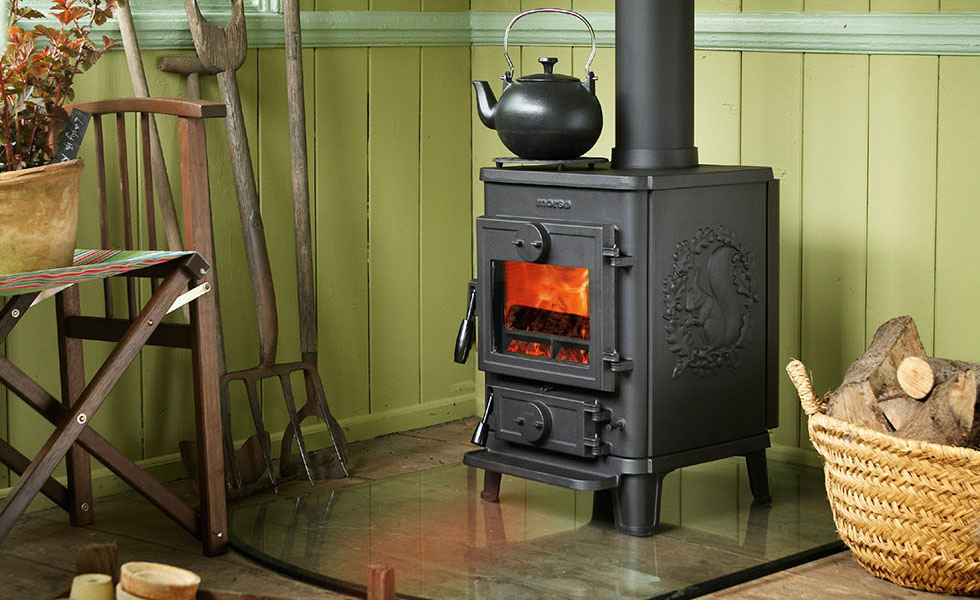 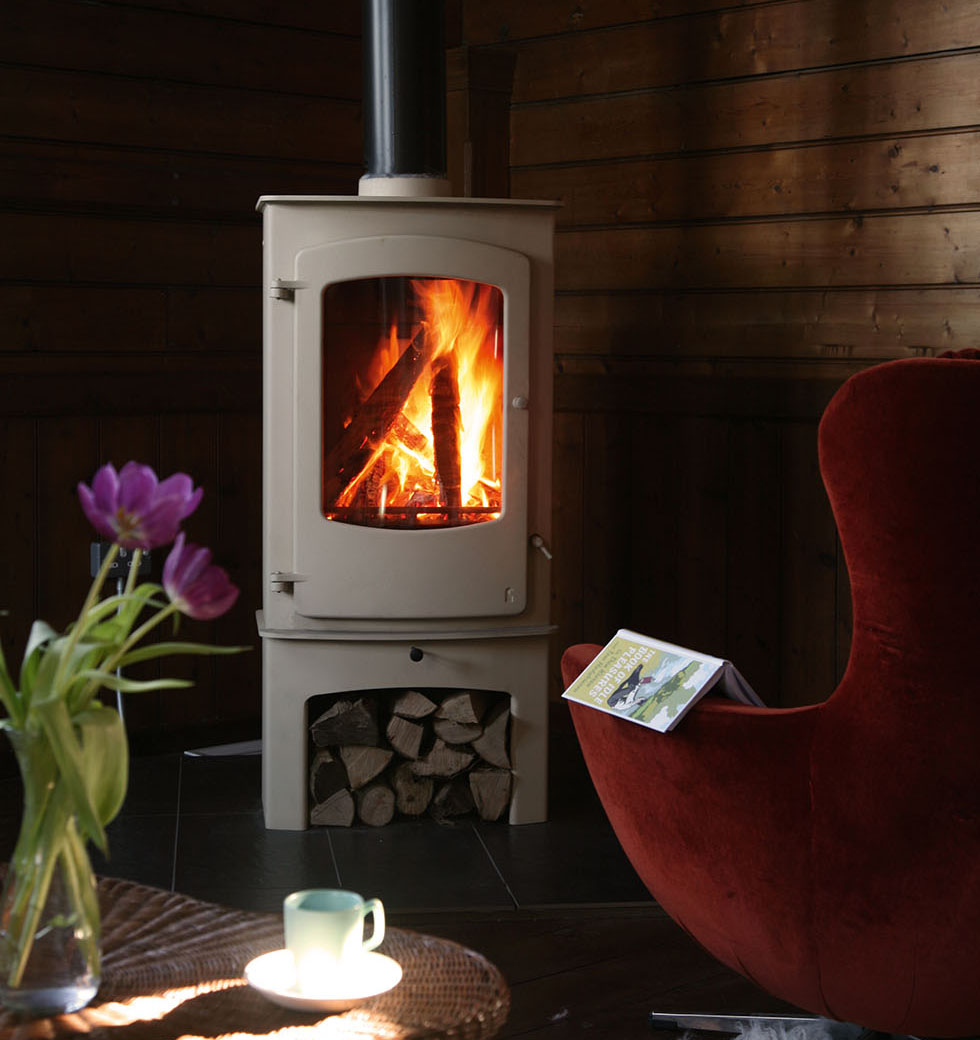 The Cove 3 from Charnwood comes in a choice of eight colours and is priced at approximately £2,298