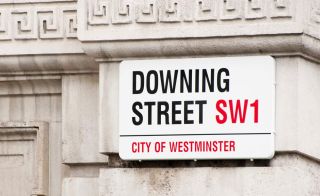 Prime Minister Boris Johnson has pledged to “build, build, build” as the government unveils new economic measures to accelerate building in the UK.

Mr Johnson was speaking on Tuesday from Dudley in the West Midlands, and conceded that the UK has “failed to build enough homes”.

To address this, the government has announced a £12 billion affordable homes programme, which will provide up to 180,000 homes over eight years.

(MORE: What is a Brownfield Site?)

Furthermore, Mr Johnson will introduce the “most radical reforms” of the planning system since the end of the Second World War. This, the Prime Minister says, will help to get more young people get on the housing ladder.

The changes, which are expected to come into effect in September, will include:

Chancellor Rishi Sunak is expected to flesh out the details behind these promises next week, concurrent with an update on the UK economy. And in the autumn the government will publish a National Infrastructure Strategy.

The UK economy plummeted by 20.4% in April due to the ongoing coronavirus crisis and subsequent lockdown measures, and house building in particular has been hit hard. In May the construction sector suffered its biggest slump on record, as reported by the IHS Markit/Chartered Institute of Purchasing & Supply (CIPS) index.

Moreover, data published on Tuesday by the Federation of Master Builders (FMB) in its ‘State of Trade Survey’ reveals the scale of hurdles facing builders.

Around 93% of small to medium-sized (SME) builders say their output remains constrained because of the impact of the coronavirus, and 71% have reported lower levels of enquiries.

“We cannot continue simply to be prisoners of the crisis,” Mr Johnson said. “We must work fast because we’ve already seen the vertiginous drop in GDP.”

The packages announced by the Prime Minister, including heavy investment in infrastructure, are part of the government’s drive to steer the economy out of a looming recession.

Brian Berry, chief executive of the FMB, welcomed the decision to‘ ‘build, build, build’ and for investment in construction to rise.

“The crushing impact of the coronavirus on builders’ workloads, enquiries and employment, as set out by the latest State of Trade data, sends a clear message to the government that it is right to invest in construction,” Berry said.

“Investment in infrastructure should mean housing too, making it easier for SME builders to build out small sites and bring empty homes back into use.

However the FMB, which has long campaigned for a national retrofit strategy and cut in VAT, states that urgent measures to aid the repair, maintenance and improvement (RM&I) market must follow.

Berry added: “The repair, maintenance and improvement (RM&I) sector contributes 32% towards construction output so it’s important this isn’t overlooked in terms of investment. The pandemic has placed historic constraints on local builders’ ability to work, train, and earn a living. The RM&I market, the bread and butter for most small builders, has been the hardest hit.

“A national retrofit strategy will help boost market confidence, and unleash the army of local builders waiting to improve the energy efficiency of our homes.”

As part of the pre-released summary of his speech, Mr Johnson did pledge to “build back greener” but stopped short on elaborating what this would entail. The FMB and environmentalists say that building back greener is not possible without investing in insulating homes.

In 2019, the Prime Minister pledged in the Conservative Party’s general election manifesto to invest £9.2bn towards insulating homes to make them more energy efficient.

“We seem set to spend our way to fiscal health and to ensure, in particular, that there is finally a genuine home-building revolution to match similar investment intentions in the transport, education and health sectors. What a welcome relief this is and at just the right time.”