How to Insulate Old Homes | Homebuilding & Renovating Skip to content

How do you insulate an older house to ensure not just warmth but that, by doing so, you’re not introducing more problems than you’re solving?

Imagine a 19th century, two storey cottage built with nine inch solid brick walls under a steeply pitched slate roof. A big dilemma is whether to go the conventional route or go with a ‘green’ alternative. Other issues include how to deal with condensation, and of course how to retain the most heat. It is a tricky problem and there is a great deal of conflicting information in circulation.

The aim is a warm, cosy house with reasonable running costs and emits no more CO₂ than it has to. There are two ways to achieve that: put in more heat (if the heat is cheap enough) or insulate.

It is not always the case that insulation is essential to all elements of the building envelope, but in the above case (with a nine inch solid brick wall) it is difficult to get away from the idea that insulating it will be a good thing. Those walls have a U value of 2.30W/m² (current Building Regulations demand 0.3W/m²). Just 50mm of polyurethane (PUR) insulation will get that down to 0.39W/m². But that insulation will move the dew point – where condensation occurs – from the external surface of the wall to within the brickwork. Frost can then eventually flake off the external surface of the bricks. 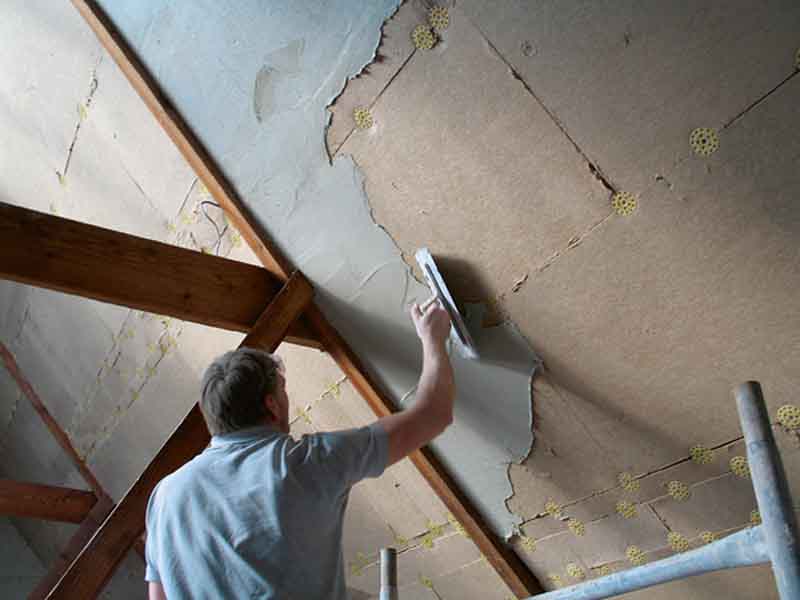 Maintaining breathability in a brick wall is not so crucial, as brick does not breathe well, but a 500mm stone wall will be a different proposition. It does breathe, has thermal mass value and there will be a ‘cavity’ – filled with stone rubble – in the middle. This means that maintaining ‘breathability’ is a more significant concern. These walls work by allowing air to pass from inside to out to ensure rainwater does not penetrate beyond the cavity and any condensation is likewise pushed to the outside surface. Bear in mind that these buildings were designed to be heated 24/7. There would have been a fire going all day, for cooking purposes if nothing else, and a good deal of that heat would have been stored in the walls to be released overnight when the fire died down.

The U value of a 500mm stone wall will be around 1.60W/m² and 50mm of breathable insulation will get that down to about 0.60W/m2. For a plaster finish, the insulations to use are products like a Ty-Mawr lime/hemp mix, Diathonite (a cork/clay mix) or Insowall (a lime/fibre/cement mix). All will provide the desired internal finish, maintain breathability and improve U value.

The same rules apply in old buildings as new buildings, so use the same materials in the same thickness. Having said that, there can be problems in both areas; under the floor may not be possible and loft space may be restricted. Only around 10% of the heat will escape through the floor compared to 20% through the loft, and in both cases ensuring that at least the pre-existing air flow is maintained is crucial to preventing condensation and rot.

If the preferred option is to introduce more heat, then a woodburning stove or wood-fuelled boiler will have lower fuel costs and be CO₂ neutral. That makes the poorer U values less of an issue. There is still benefit to insulating the loft and eliminating draughts but walls, certainly thick stone walls, would be less of a priority.

The breathing materials are the natural ones — hemp, cork, woodfibre, sheeps wool. They come in a variety of forms, rigid or semi-rigid batts and are suitable for wall insulation. They are hygroscopic, meaning that they can be fixed directly to the wall, generally in a timber stud but without the 50mm air gap that mineral wool or PUR would need. Their insulating quality is generally about the same as mineral wool.

The choice will be based on price and application; i.e. which will be easiest to install. Hemp and sheeps wool will need a finishing board but woodfibre boards will take lime plaster directly. The board will also need to be breathable and generally that would be Fermacell. This is similar to plasterboard but breathable and able to take a paint finish without a plaster skim. It is about three times the price of plasterboard but given that no plastering is needed it works out at broadly the same finished price.

It’s even less sexy than insulation, but in old buildings draught proofing is just as important. The effects will be more immediate, more noticeable and, proportional to cost, have a greater impact. Multi-foil insulation can be a good choice to help cut out draughts from the loft. The insulating properties are roughly equivalent to the same thickness of Rockwool or other mineral wools.

If you are prevented from altering the exterior of the building (for example, by planning or conservation restraints) you can rely solely on internal insulation. Equally the reverse is true; if you want to avoid internal changes you can do so by insulating externally. With an assumed pre-existing U value of 2.23W/m², the best options are as follows:

OR 2. 50mm Pavatex or similar render-ready woodfibre external insulation board. U value = 0.68W/m²

There isn’t one. It is quite possible to cut costs and get it wrong but there is generally only one right answer — that it will cost what it costs. Having said that, there are price differences between sheeps wool and hemp, for instance, or between Kingspan or Celotex from different suppliers, and it is worth shopping around.