Triple glazed windows are becoming an ever more popular option from today’s windows suppliers – particularly in the aluminium space – but long-standing concerns about the real benefits outweighing the perceived costs are still on homeowner’s minds.

It’s a tricky decision that faces self-builders when they come to specify their final finishes and, as triple glazed windows cost around 20% more than double, why should anyone choose it? Advocates point out that its more about quality and comfort and that self-builders should consider triple glazing for the same reasons they install underfloor heating: it’s just better.

Here’s what you need to consider when weighing up the pros and cons of if triple glazing is worth it. 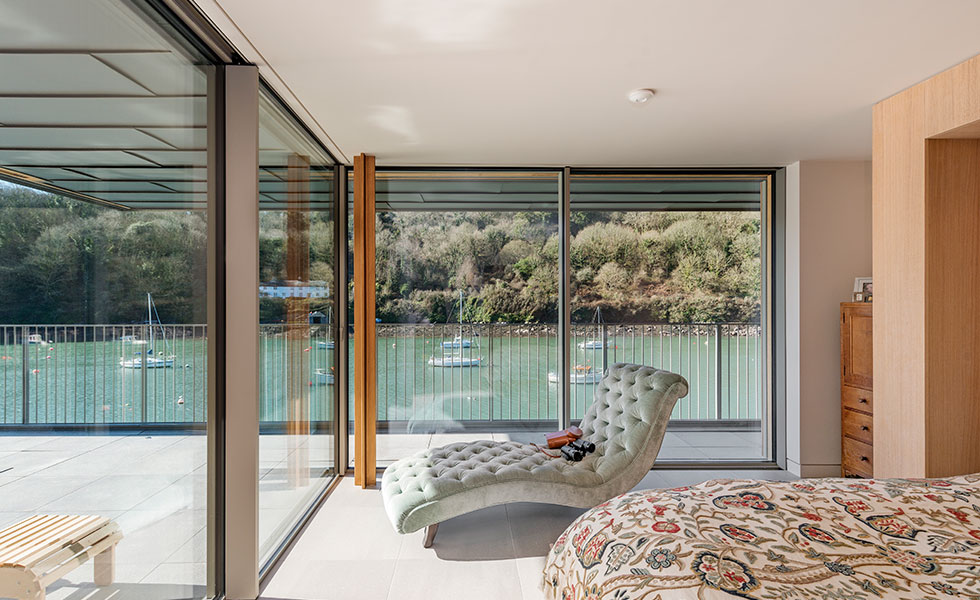 What is a Triple Glazed Window?

In short, and as might seem obvious, triple glazing contains three panes of glass within a sealed frame, just as double glazing contains two. Between each pane is a pocket of air or inert gas, such as argon; argon is heavier than air and works as an insulator for both noise and heat.

The third pane of glass located half way between the inner and outer panes of double glazing creates two air locks which improves the energy performance of regular double glazing by around 50%.

Energy efficiency is further improved by variables such as the type of air or gas used in the space between the panes, warm edge spacer bars around the perimeter to reduce thermal bridging and different coating on the glass to reduce energy loss from the inside. The frames themselves also have a large bearing on the overall performance (as well as the insulation). Look out for insulated frames that have a good airtightness rating.

Shop triple glazing for your home 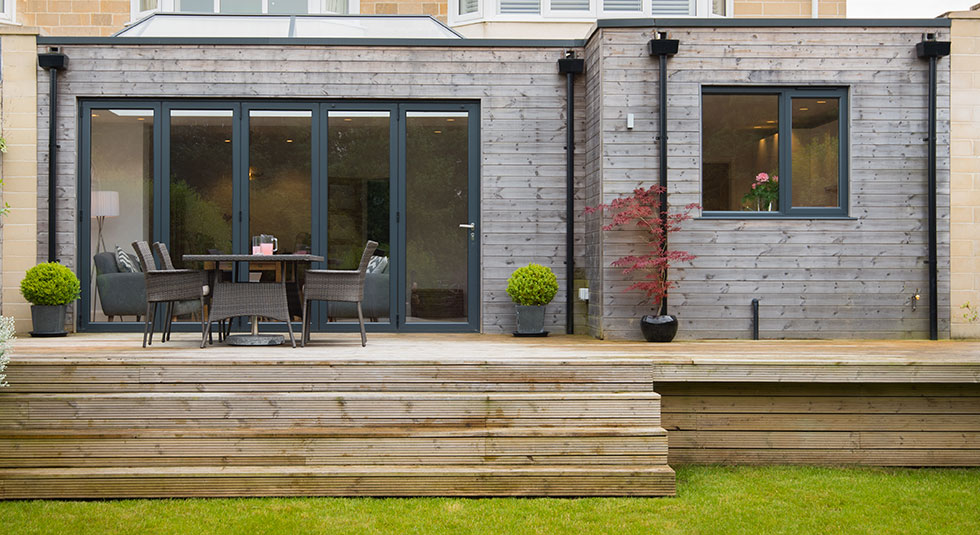 The rough and ready method of comparing the energy performance of windows is to use the U value measurement, just as we do with walls, floors and roofs.

Glass manufacturers have mastered the art of coating and tinting glass with all manner of finishes which can keep the heat in, unwanted sunlight away, reduce glare and even self-clean, too. The net result of this glass engineering means the U values of glazing has been reduced dramatically.

The U value demanded for walls is currently less than 0.3 so you can see that windows remain weak spots in the overall thermal efficiency of a building envelope. Hence the tremendous pressure to improve their performance even further.

Improvements have been brought about by the introduction of: 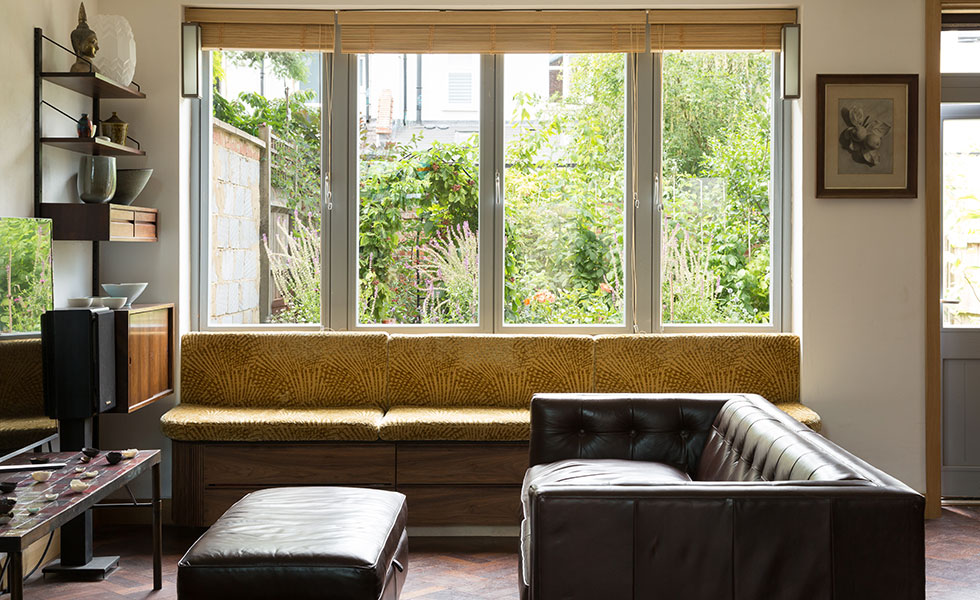 How Much Do Triple Glazed Windows Cost?

Although triple glazed windows long held the reputation of costing almost double the amount of double glazed, European manufacturers such as Velfac and Internorm are so busy creating triple-glazed windows for their European customers that it’s a bit of a pain to create double glazing for us Brits. As a result, the extra price of the glass can often be measured in the low single percentage points — if at all.

The energy savings from switching from single to double glazing are considerable, but the difference between a U value of say 1.4W/m²k (double glazing) and around 0.8W/m²k (triple glazing) is much less and would account for perhaps 5% improvement in the overall energy performance of a new house. (Windows conventionally account for around 20% of the overall heat loss.) Translate this saving into pounds sterling and you might expect the switch to triple to save you between £20 and £40 a year on heating bills depending on the size of your house.

It doesn’t add up in terms of conventional payback calculations; this is not a scenario in which you’ll see the additional cost of triple glazing ‘paid back’ in 10 to 15 years against the savings made of your energy bills.

However, the increase in energy performance is significant and well known with whole Passivhaus designs (rather than just switching to triple glazed windows in a regular house) boasting energy bills as low as £120 per annum, more than enough to recoup the initial investment after enough years. 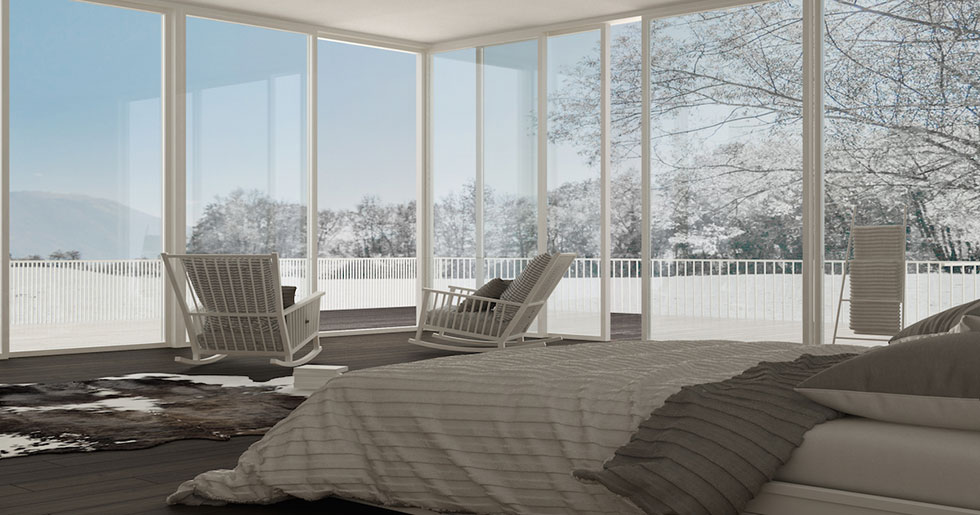 Editor’s note: If you’re after information to help choose a windows and/or door vendor that’s right for you, fill in the questionnaire below and we can provide you with information from a variety of vendors for free:

The key benefits are really to do with comfort. If you insulate the walls, roof and floor of a house, and you ignore the glazing, you end up with cold spots surrounding the windows at night, which cause draughts, draw heat away from you if you sit next to them, and result in streams of condensation running down the panes. 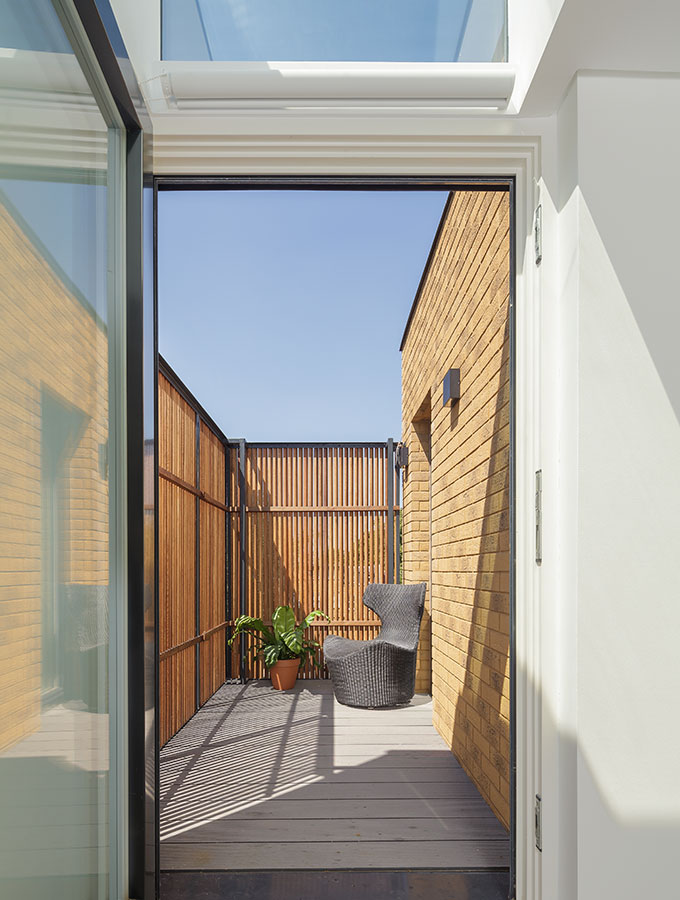 Windows behave rather differently to walls and roofs in that, when the sun is shining, they are capable of absorbing heat. In fact, the very best double glazed windows are already capable of being net heat contributors over the course of a heating season. In contrast, triple glazed windows slightly reduce the heat absorption characteristics of a window.

To reflect these complexities, the British Fenestration Rating Council has devised a scheme for the energy labelling of windows, from A down to G. The top rating is reserved for windows that are reckoned to absorb as much heat as they lose, and they include both double and triple glazed windows.

Will Triple Glazing Add Value to my Home?

Bit by bit, we are being encouraged to switch from double to triple glazing. You may not have noticed yet but the pressure is on to improve the energy performance of windows and we are now reaching the stage where mere double glazing will no longer be enough.

With the government increasingly under pressure to reduce carbon emissions and global warming being ever more important in the public’s conscience, properties that reduce energy usage through build design or upgraded features (such as windows and doors) are looked on favourably in this day and age. 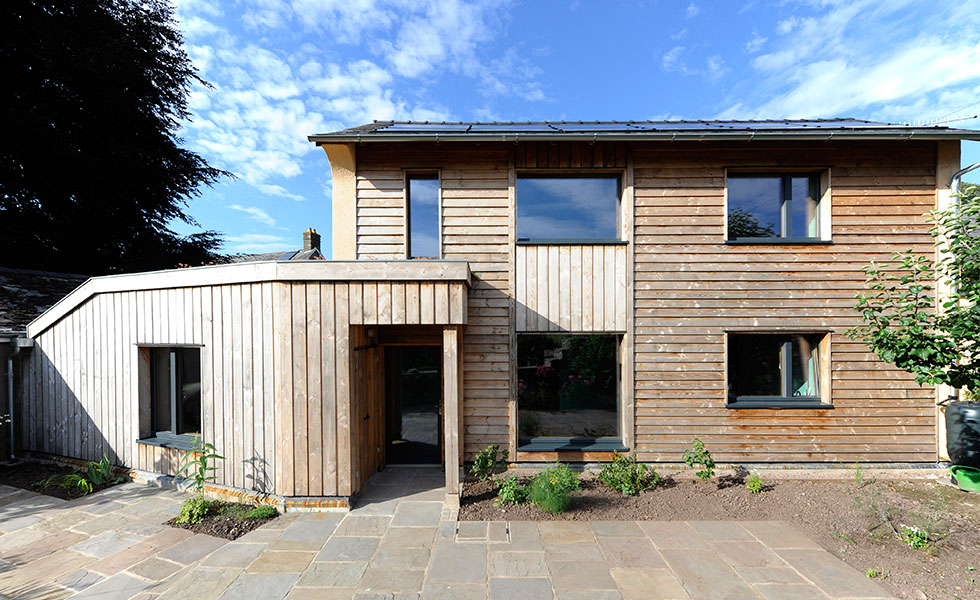 This Passivhaus includes timber-framed PROGRESSION triple glazing by Green Building Store which have a U valueas low as 0.68W/m²k

Should I Switch to Triple Glazing?

Opinion is divided. Triple glazing is widely used in cold climate countries like Sweden and Norway, and the ultra-low energy Passivhaus standard requires triple glazed windows with a U value of no more than 0.8. To get a window with such a low U value, you have to not only switch to triple glazing but also insulate the frame itself, as well as using more expensive manufacturing techniques — the gas krypton tends to be used, instead of argon.

There are many who argue that triple glazing simply doesn’t make sense in a climate like ours. Triple glazing is more costly to produce, produces much heavier sections and has an embodied energy approximately 50% higher than double glazing.

However, triple glazing advocates tend to argue that crude calculations of initial costs versus U values and energy bills. The big plus to triple glazing is that it adds an intangible comfort factor to life indoors in the colder months which, once experienced, is something most self-builders are willing to pay more for.

Window manufacturer Scheiwiller in Switzerland is producing quadruple glazing (i.e. four panes; three cavities). There are, however, technical problems with simply adding more and more panes of glass: not only does the resulting window become ridiculously heavy, but the additional panes stop light coming through. In fact, in terms of energy efficiency, there may even be a fall-off as the amount of sunlight the window can absorb is reduced.

It is more likely that future developments in window technology will evolve around new coatings, or phase change materials which absorb heat in sunlight and release it at night. Look out for GlassX, produced by another Swiss company, which is already manufacturing a product that does this.

An alternative option that might make more sense is to revisit the traditional practice of drawing curtains across windows after dark. It may be low-tech, in comparison with glazed cavities filled with krypton, but it’s something of a natural British habit and it does cut down on heat loss. Perhaps it’s time we paid attention to improving the heat retention characteristics of curtains and blinds, rather than continuing to engineer glazing units to ever lower and lower U values.