Julia and Malcolm Edge, and their children Amy and Joe, have converted a Victorian corrugated tin chapel, transforming it into a characterful holiday let.

Chester boasts its fair share of architectural gems; from the archaic Roman walls that snake around the city, to the Tudor-revival timber-framed buildings that line its central streets. Fortunately, it can still claim one more (albeit, of a more modest scale) thanks to the Edge family. The building in question is the city’s only surviving Victorian corrugated tin chapel, originally constructed in 1909 for the princely sum of £282. Its fate however swung in the balance before Julia and Malcolm Edge stepped in to save the structure.

It’s perhaps with some irony that the couple were not looking for a project when they spotted the chapel — let alone a holiday let business. “We discovered it on a family walk along the canal opposite, and saw the auction sale sign outside,” begins Julia. Just a stone’s throw from the city centre, and set on a corner plot adjacent to several rows of red-brick terrace houses, the low-lying building was in a great location. After contacting the auction house for details and viewing the building, the Edges were not discouraged by the scale of the work required.

“It was just one big open space, and the garden was completely overgrown. But despite the higher guide price, we offered what we could afford to pay for it, £75,000 — and it was accepted,” continues Julia. Amy and Joe’s plans for the L-shaped building were to cleverly divide the space, while still retaining the character of the chapel.

Making the building habitable was a major undertaking. With the interiors clad in asbestos panels, one of the first tasks on site was hiring in a specialist contractor to remove and dispose of the material.

Fortunately both the asbestos interior and tin exterior had done a pretty good job of preserving the original timber frame. “Ninety per cent of the timber frame was fine, we just needed to do some work to the soleplates,” explains Julia.

A separate studwall frame was constructed inside. “It’s not structural, it was purely to add the PUR insulation,” says Malcolm. Insulated plasterboard was also specified for the walls.

One of the biggest challenges was replacing the material which played such an important role to the façade of the building. “We originally thought we could save the tin,” begins Julia, of the cladding which had been coated in five layers of paint during its 100+ year history. “But rather than patch it up, in the end we thought it would be best to replace it all.”

The first hurdle was finding a contractor willing to tackle the job. “We couldn’t get anyone to quote for the job, so we had to do it ourselves,” continues Malcolm. Together with Joe, the father-son team spent three weeks peeling back the old tin and replacing it with new tin, sourced from a company in Birmingham. They also had to seal around the arched windows. 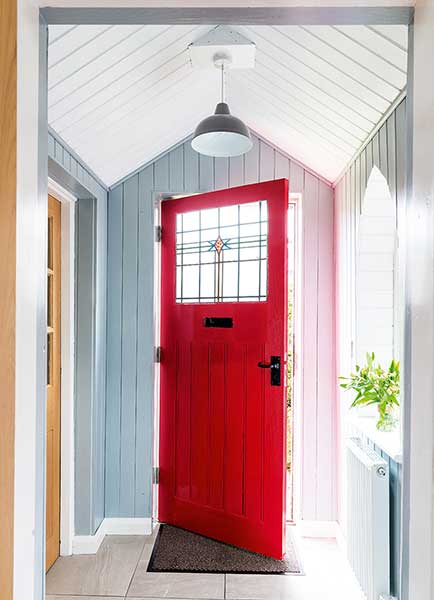 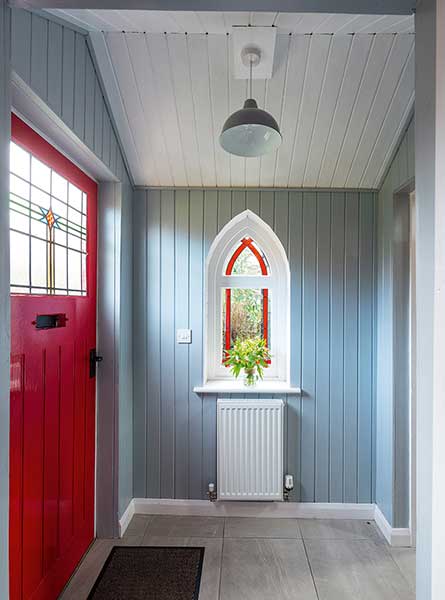 The narrow red band is a nod to ecclesiastical stained glass; the colour has been picked out throughout the interiors with accessories 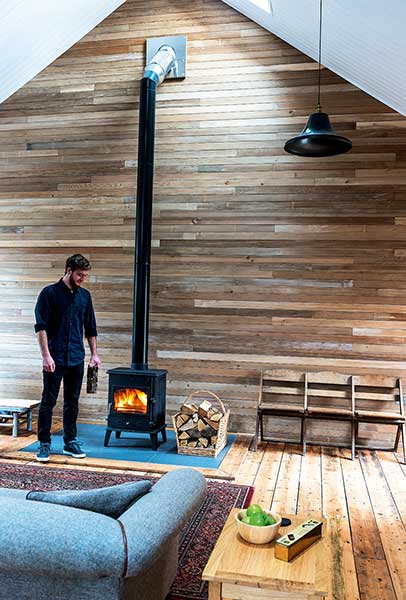 Reclaimed pine floorboards were sourced from an antique centre 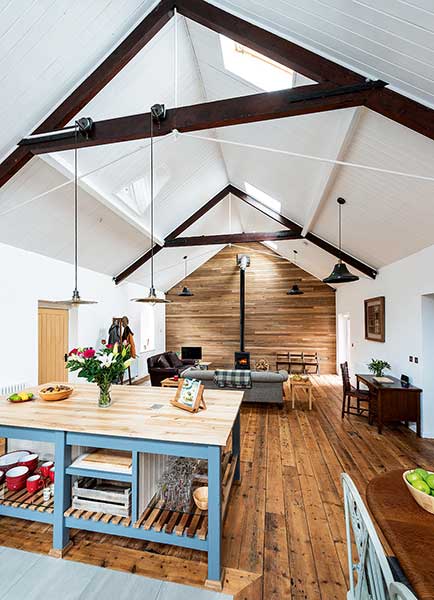 The kitchen island was a former workbench, sourced from a local timber yard. Joe restored it, transforming it into a kitchen island. It cost just £120 in total 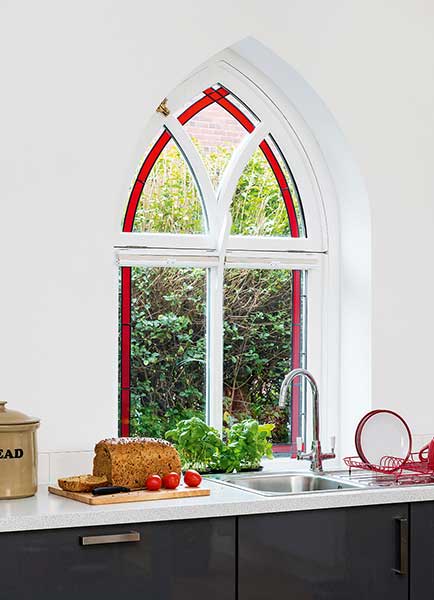 The windows were rotten beyond repair when the Edges bought the chapel, and so bespoke timber replacements were commissioned 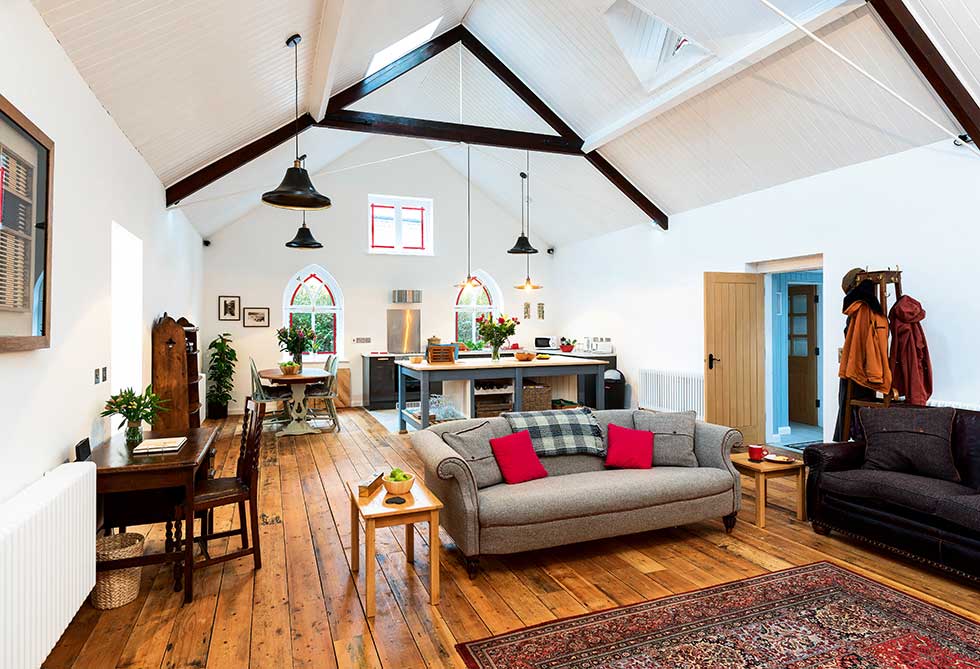 The ceilings have been left vaulted, with the original timber trusses and steel ties exposed; helping to retain the essence of the chapel. The tongue and groove cladding to the ceiling was added by the Edge family; it lends character to this lofty living space 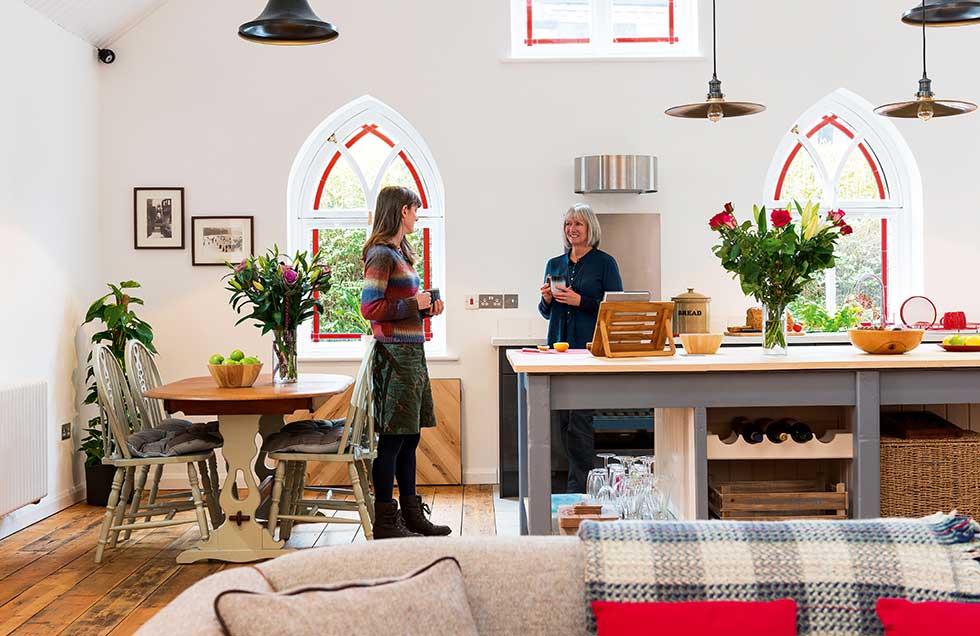 The high-gloss kitchen units are from Howdens and were specified for their low-maintenance finish; the kitchen island was once an old workbench 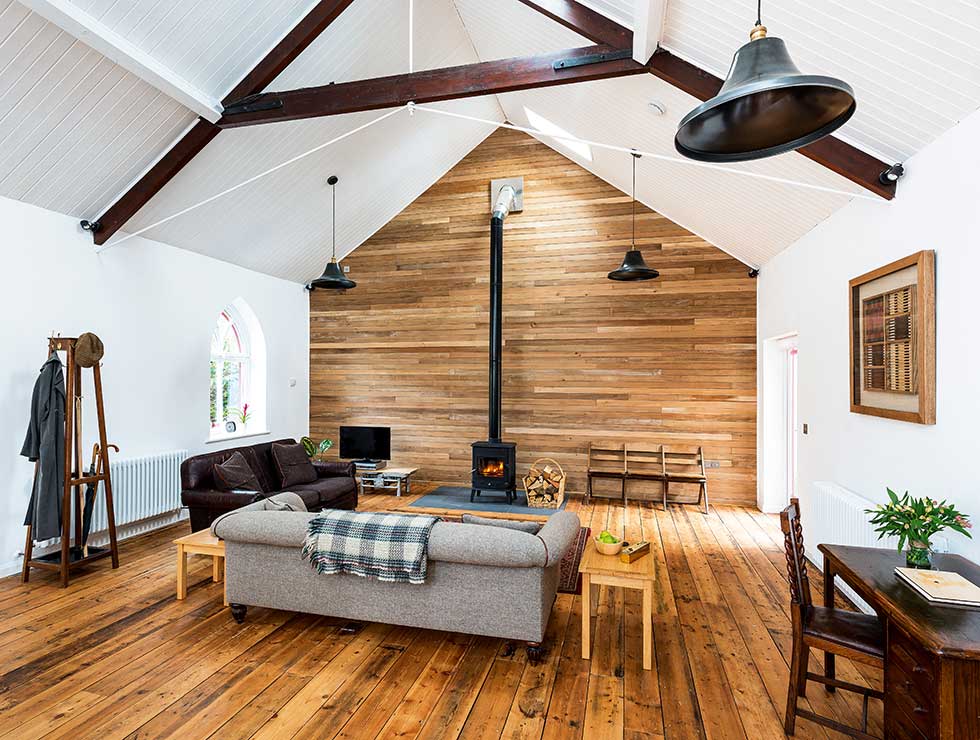 Cedar cladding provides a focal point within the main open plan space. Amy and Joe were particularly keen to include a feature wall here and had looked at various options before deciding on timber; it turned out to be a cost-effective move, too.

“I found the cladding in a local timber merchant; the cedar worked out cheaper than the insulated plasterboard,” says Malcolm 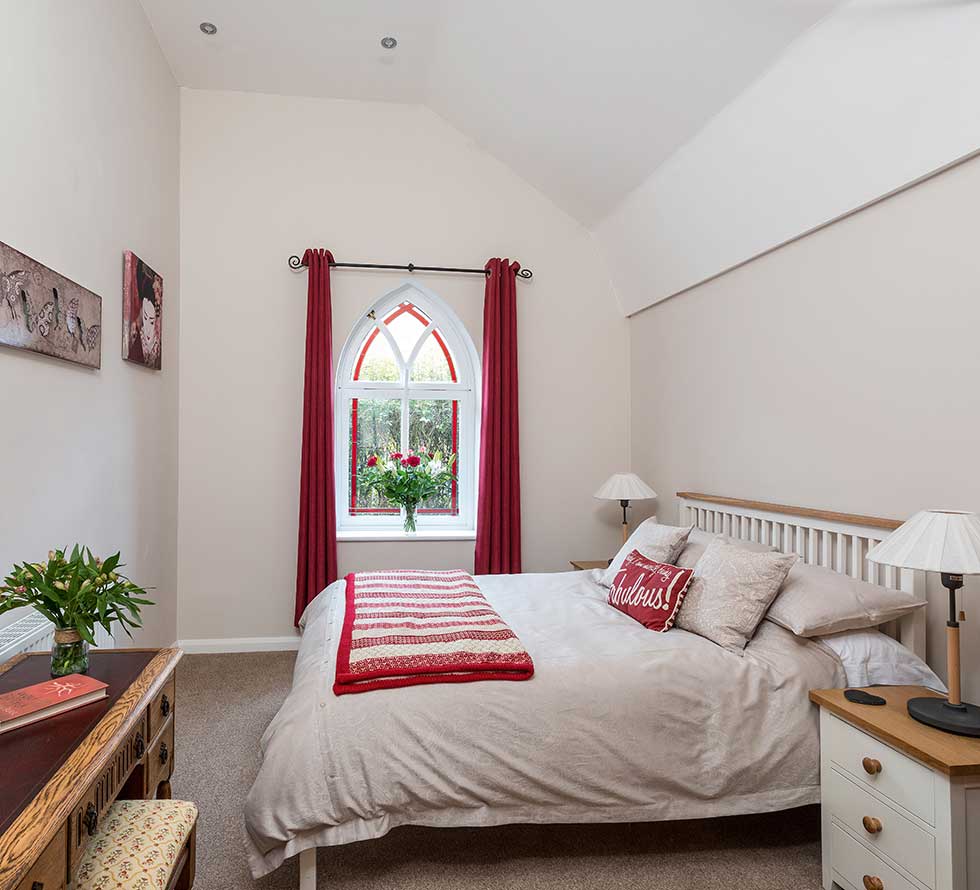 The interiors are a pleasing mix of reclaimed finds and more contemporary touches. The smaller rear space has become the bedroom accommodation (there’s two bedrooms in total) 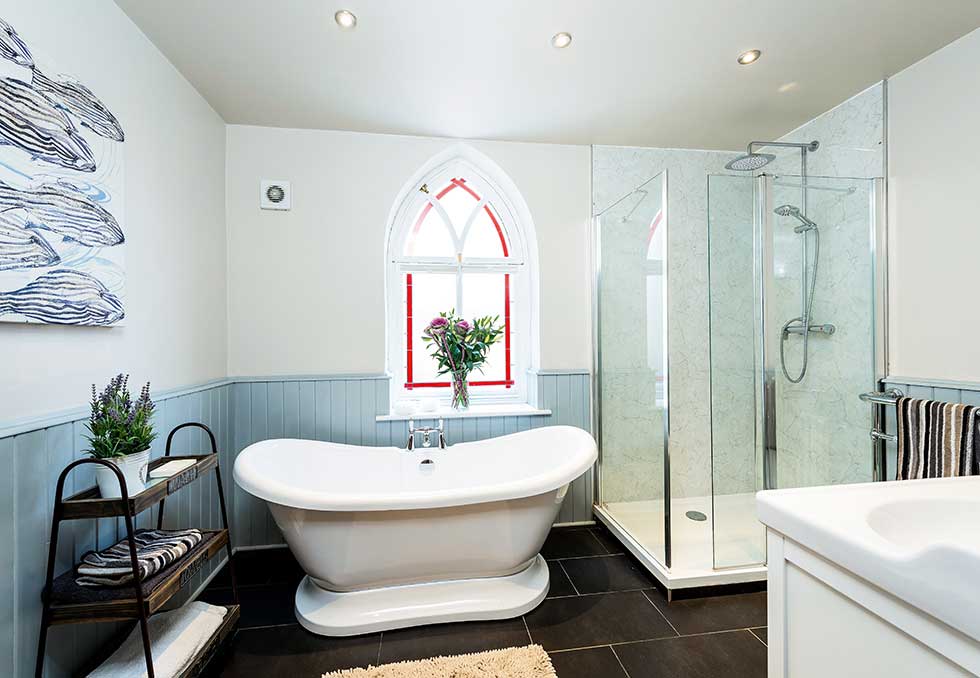 The L-shaped building has been divided up to create a large vaulted living, dining and kitchen area, together with private bedroom accommodation. A small 7m² blockwork extension provides a new bathroom 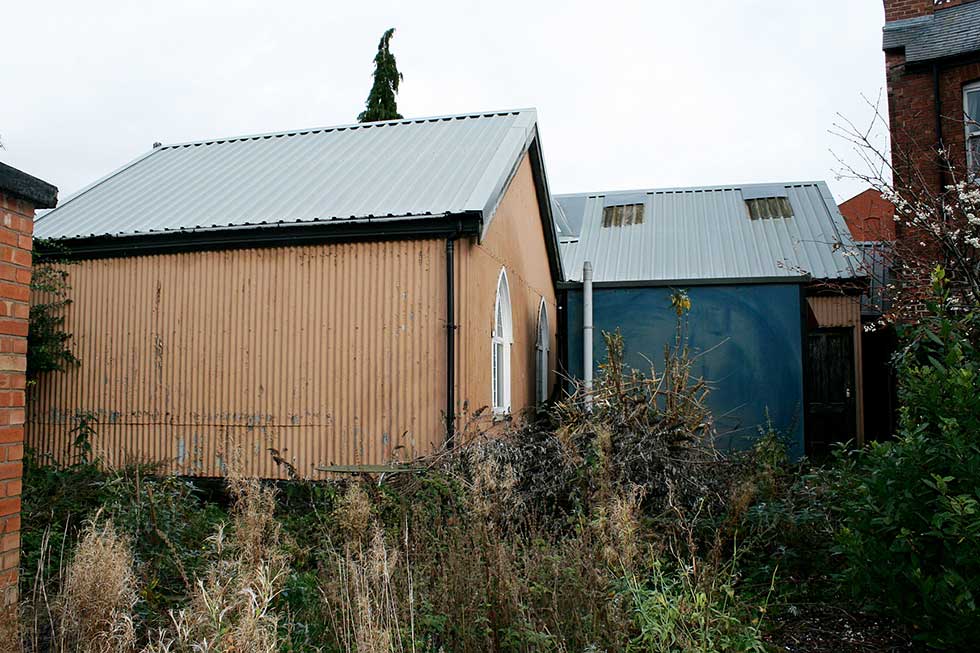 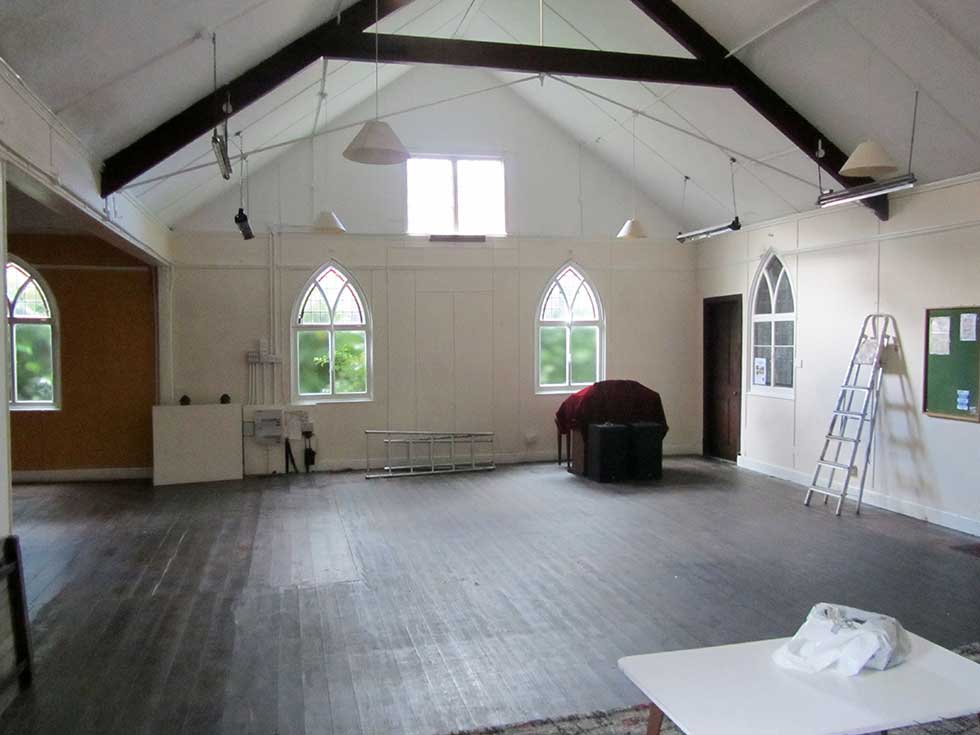 1: The chapel featured one large open space when the Edges purchased it — a dividing wall was added to create the bedroom accommodation 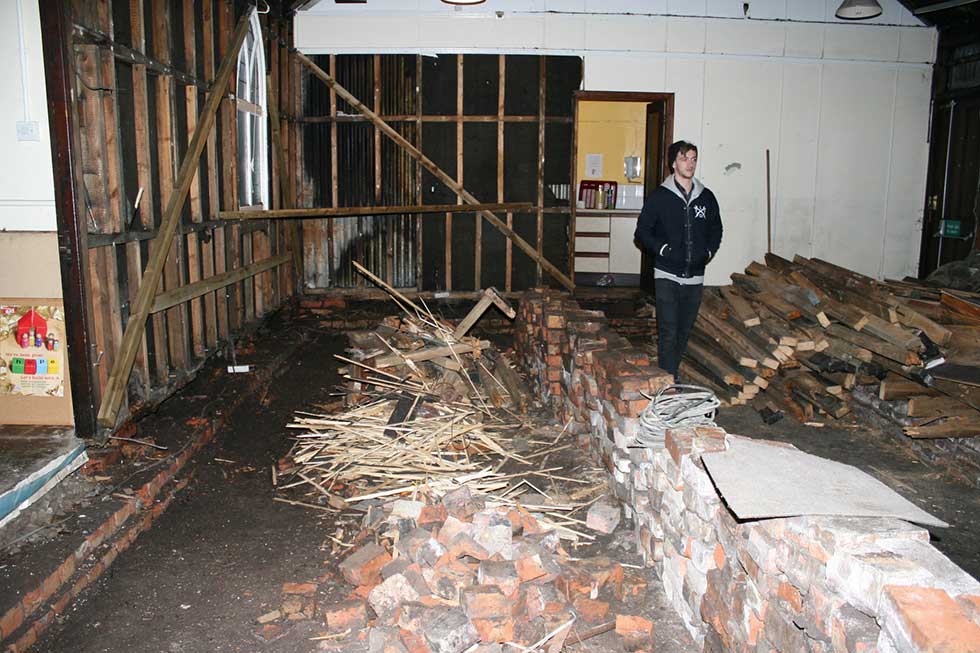 2: The rear wall (now clad in cedar) formerly housed a door to the small chapel kitchen — this space is now used for storage 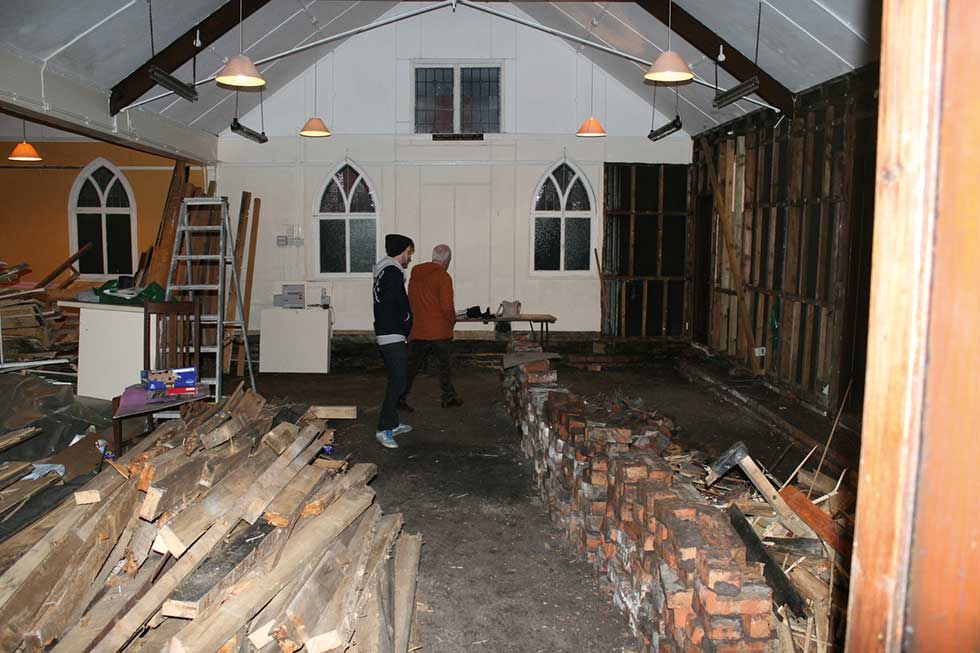 3: The walls were clad in asbestos wall panels, which, with the aid of specialist help, were stripped back to reveal the original timber frame, which was in a state of fairly good repair 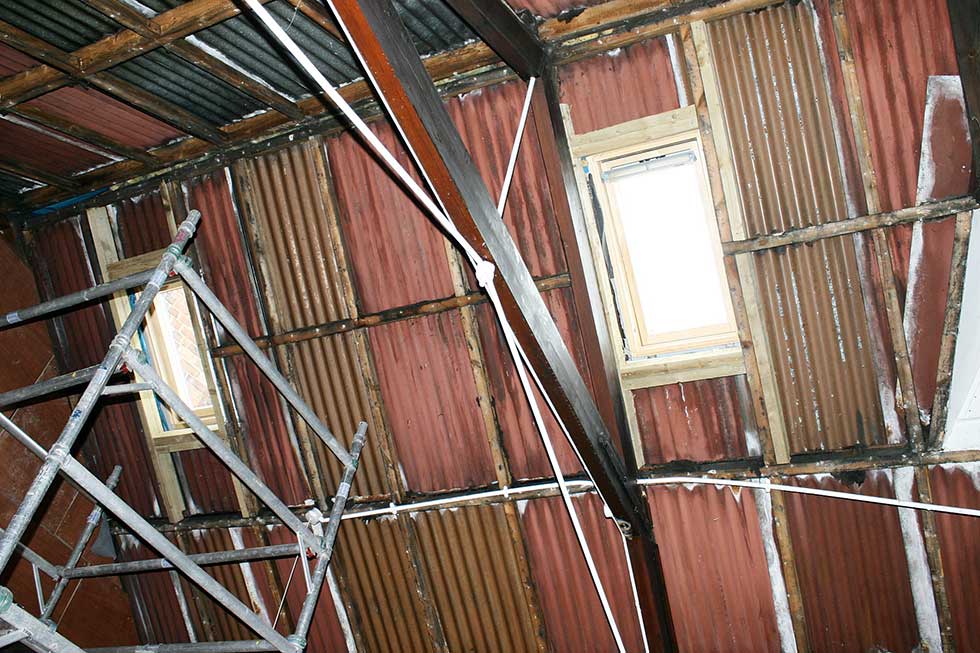 4: Once the interiors were stripped back, the tin roof was replaced. The existing rooflight openings were retained 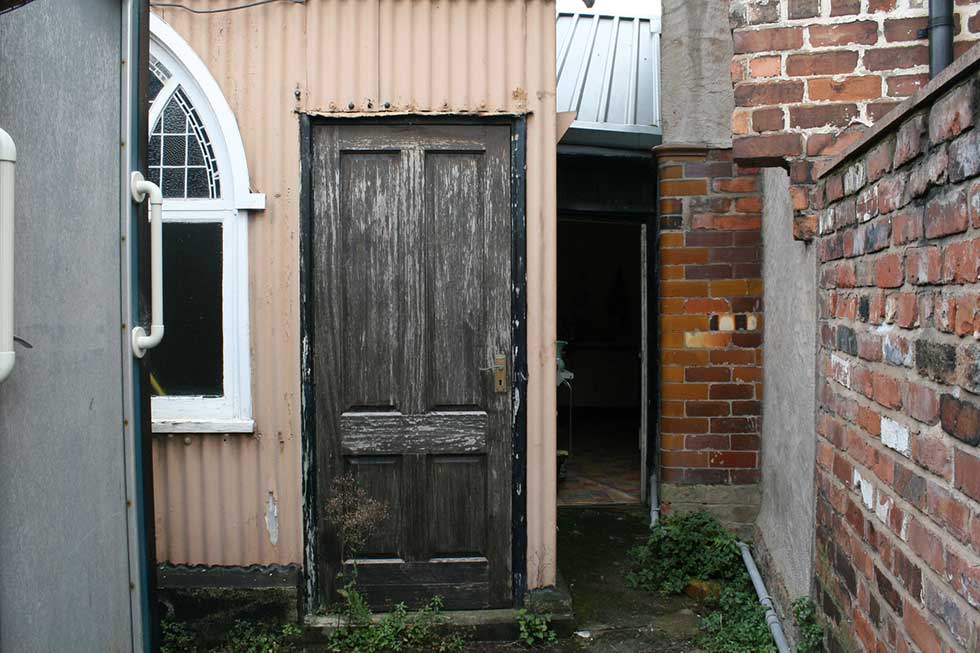