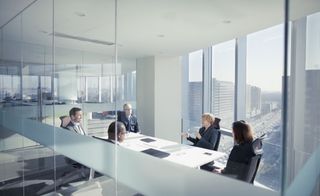 Nearly eight out of 10 councillors say the new planning reforms will make the planning system less democratic, a new survey has revealed.

The government is facing mounting pressure following its sweeping planning reforms introduced in August, which include the extension of Permitted Development rights to make it easier to demolish certain vacant buildings and replace them with new homes.

The reforms are open for consultation until 29 October and, in a worrying development for the government, a new poll by Savanta Comres on behalf of planning communications specialists BECG shows that overall, 78% of councillors say the reforms would make the planning system less democratic.

“There is significant scepticism amongst Conservative councillors, and the government will have to put in some serious spade work to persuade their local government colleagues to embrace these changes, which many see as eroding local democratic control of planning.”

There is increasing alarm at the moves the government says are designed to speed up housebuilding, with concerns raised that they could increase low-quality housing and fail to protect wildlife.

Just over half (52%) of councillors believe there should be a review of the government’s proposal to divide land into growth, renewal and protection zones, the latter of which includes green belt land.

Around 70% of Tory councillors want to increase the size of the green belt to afford more protection of land - a move which appears contradictory to the government proposals that otherwise unprotected land, such as farms, could be zoned for construction.

Half of councillors believe there should be a review of the green belt, with Labour (64%) and Conservatives (47%) split on the issue.

Another contentious issue for councillors concerns the proposal for all councils to have a local plan for housing, to help build homes faster.

The government’s rationale for the proposal in the Planning for the Future white paper is that, currently, consultation during the application stage delays the process, and “allows a small minority of voices, some from the local area and often some not, to shape outcomes”.

The BECG survey reveals that 64% of councillors disagree with this proposal, and believe the majority of consultation should take place when considering individual applications, rather than when broad local plans are devised,

Local Government Association (LGA) chairman James Jamieson has warned that the loss of consultation which lead to a loss of control over developments. He said this loss “would deprive communities of the ability to define the area they live in and know best and risk giving developers the freedom to ride roughshod over local areas”.