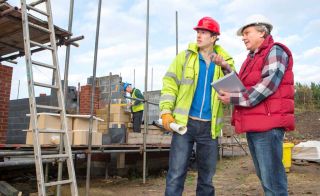 The government has faced intense criticism over its planning reforms, including from its own MPs, due to a proposed new formula for affordable housing.

On Thursday, the House of Commons debated a controversial housing algorithm, which has been lambasted for prospectively shrinking affordable housing in the north of England.

The debate followed a motion by Conservative MP Bob Seely, who urged the government to delay the introduction of the new housing formula until the Commons had fully debated it.

MPs backed the non-binding motion (meaning the government does not have to delay the reforms as a result), and altogether 39 MPs spoke in the debate.

"The problem with these proposals... is it doesn't guarantee a single extra home being built and far from levelling up, it forces more investment into London and the south"Ex-PM Theresa May says changes to England's planning system remove local democracyhttps://t.co/yqugtGDZF2 pic.twitter.com/V7zJlxAVAwOctober 8, 2020

Former prime minister Theresa May said the algorithm "does not guarantee a single extra home being built", while former foreign secretary Jeremy Hunt said it did not help people who are unable to get on the housing ladder.

A government spokesperson added that ministers needed to reform a system that was "opaque, painfully slow and almost uniquely discouraging for all but the most expert navigators".

The planning reforms, set out in the Planning for the Future white paper in August, propose that councils are no longer as involved in setting housing targets in local areas. Instead, an algorithm would do it.

Under the new formula, councils would take account of the gap between house prices and incomes over the past 10 years, rather than the current one year.

Therefore, if an area has a wider house price to income gap over 10 years, the algorithm will conclude that more homes are required. Conversely, in areas where house price growth has slowed, fewer houses will be required.

Why Has it Been Criticised?

An LGA analysis last month found that the formula would disproportionately increase growth in rural areas by 59% compared to a 20% increase in major urban areas.

As a result, there would be a higher percentage of new homes built in the south and the Midlands, compared to current housing delivery targets, but a decrease in northern growth.

MPs and councils have warned that this threatens to lead to a north-south divide in affordable housing in England.

The government hopes, however, that the new formula will fast-track its election commitment to building 300,000 affordable homes per year by the mid-2020s.

Housing minister Christopher Pincher, speaking in the Commons on Thursday, added that the current way of calculating housing need was inconsistent with this pledge.

This push back from MPs against the planning reforms has been expected for several weeks. Last week, Labour lost a bid to overturn the planning reforms, and senior Conservative MPs have reportedly been rallying to challenge the reforms in a series of debates.

The reforms have also faced resistance among councillors from both Labour and the Conservatives, 78% of whom say make the planning system less democratic, while wildlife charity The Wildlife Trusts has warned that the reforms threaten the UK’s wildlife.

Next up, the government faces a judicial review by campaign group Rights: Community: Action on 14 October, which is looking to prevent the reforms from becoming law.