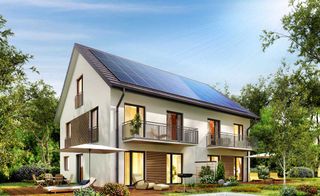 There was a 5% increase in new individual sign-ups to the Right to Build registers prior to October 2019, the National Custom and Self Build Association (NaCSBA) reports.

The Right to Build registers provide evidence to local authorities about how many people want to build or commission their own home locally.

The findings from NaCSBA’s new data, obtained following NaCSBA’s annual Right to Build Freedom of Information (FOI) request, indicate that this is the first year-on-year increase in new entrants to the registers since they were were launched in 2016.

This is of course encouraging for the self build industry, evidencing how more and more people are becoming inspired to build their own home.

Overall, NaCBA estimates that the 11,420 new sign-ups prior to the year ending October 2019 was 5% higher than the previous year, when there were 10,878 individual entries.

However, while the overall numbers on the Right to Build registers is 45,656, this is only up by 8,499 from the 37,156 last year. This, NaCSBA says, is due to the removal of entries from registers by local authorities, a practice that NaCSBA does not accept.

“The cumulative impact of these changes have been to remove over 9,000 entries from the registers. Without such actions we estimate the total on registers would be over 55,000 by now,” said NaCSBA.

Andrew Baddeley-Chappell, CEO of NaCSBA, told Homebuilding & Renovating: “While we welcome the growth in the numbers who have registered, we are concerned about the piecemeal way that local authorities are promoting their registers and fulfilling their duties around the Right to Build.

“People deserve better. They need greater clarity and more action, and we continue to challenge the government to live up to its promises to make sure the legislation is working as intended. However, we remain committed that the registers are an important tool for all those wanting to have a say in the design of their own home.”

What is Right to Build?

The Right to Build is a piece of legislation that supports those who want to build their own homes.

As part of this legislation, local authorities have a duty to supply sufficient plots within three years to match the number of individuals and groups of individuals that signed up in each 12-month base period.

On Right to Build Day (30 October 2019), local authorities had to demonstrate whether they had granted planning permission for 18,000 plots for custom and self build homes (to match the number of people who signed up to the self build and custom build registers between 1 April and 30 October 2016).

However, NaCASBA’s bid to track which local authorities are performing their duty to create housing diversity in the UK led to some concerning findings.

Only 45% of councils claimed to have met their legal duties with regards to the Right to Build registers, 37% failed to provide any response to NaCSBA, and 18% accepted that their obligations had not been met.

Earlier this year, Baddeley-Chapell criticised the “dirty tricks” some councils were using to avoid their obligations, such as removing the names of people who’ve joined a register to justify reducing the number of plots that they need to permission.

“In addition to removing entries from registers, 31% of councils now impose some restriction on joining registers, up from 26% last year,” said NaCSBA. Moreover, around 15% of councils are charging excessive fees to join the registers.

To date, only 58% of councils have indicated that they have complied with their legal duties, but this was achieved using approaches that are not accepted by NaCSBA. Otherwise, 19% did not respond to the FOI request, and 23% appear not to have complied.

NaCSBA is continuing to call on local authorities to address areas of unacceptable practice, and to ensure that they act within the letter and the spirit of the law, and to ensure more plots are permissioned.

NaCSBA’s Right to Build Portal links you through to your local authority’s self build registers. It also has advice about what the Right to Build can, and can’t, deliver, and template letters to complain should you council include local connection tests or charges that you don’t agree with.