While we have just enjoyed the UK’s warmest winter since records began, the political climate seems to have turned a whole lot chillier.

At 63, I am old enough to remember when springs were very different. Daffodils came out in late March or early April, not in January as they now seem to do. Bluebells bloomed in May, not in the chilly depths of March. You didn’t see bumble bees on Christmas Day.

Despite all this apocryphal evidence staring us in the face, there are many people who choose to ignore the obvious explanations for these changes and cling on to a variety of unlikely theories about what is happening. Anything will do as a rationale, as long as it means we can carry on business as usual.

Climate change has become a deeply divisive issue. Those on the right either deny its existence and call it all a left-wing hoax or, more commonly, say its effects are quite minor and we don’t need to spend any money on its prevention. On the other side, there are many ‘dark greens’ who think that only a wholesale change in the way we organise our affairs will stop runaway climate change and that nothing short of a revolution will save us.

This debate has had a huge impact on how we build. For the past 15 years or so, the buzzword in construction has been sustainability. This boils down to encouraging us to spend a little more while building in order to lessen the impact of our homes on the environment or, to coin a rather clichéd phrase, to ‘save the planet’.

Our Building Regulations have been made more stringent, planning permissions have often demanded a variety of environmental upgrades, and we have been offered generous incentives to install low-carbon power sources. The UK has in fact been a leader in sustainable construction and its implementation forms the bedrock of many new build projects in this country.

Until recently, sustainable construction had widespread political support. Only UKIP and right of the Conservative Party were aligned against what might be called this ‘light green’ approach. Indeed, 10 years ago the Conservatives were keen to be seen as greener than the Labour party then in power. 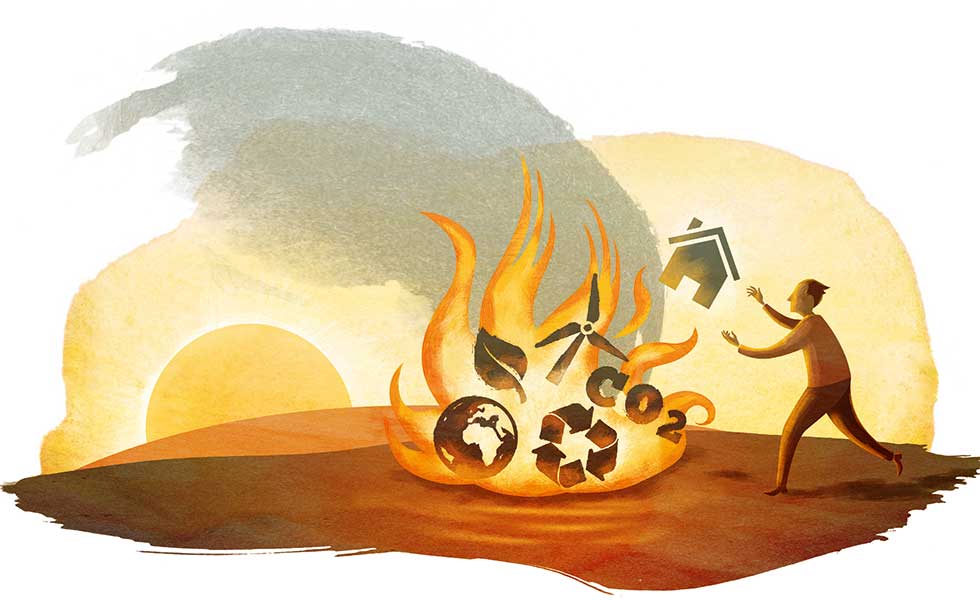 But the worm has turned and the ‘luke-warmist’ tendency has extended its influence. David Cameron has performed a sharp about-turn from his ‘hug-a-husky’ days back when in opposition, letting us know in 2013 that he thought environmental legislation was nothing more than ‘green crap’.

Following election victory in May 2015, the Conservative Government has taken the axe to sustainable construction, dismantling many of the green incentives and putting a stop to any notion of ever-tighter regulations or interfering councils. Among the biggest headlines, in July 2015, the zero carbon homes policy, which was to see new homes built from 2016 being carbon neutral, was scrapped.

None of this was in the election manifesto and it was sprung without warning on an unsuspecting industry. At the stroke of a pen, tens of thousands of jobs were destroyed and the future of hundreds of businesses was thrown into doubt.

Before this bonfire of the incentives, we had in place a road map indicating what future changes would take place when. It was far from perfect – in fact it was riddled with inconsistencies – but businesses knew what was coming and could plan accordingly. We were heading for the zero carbon home in 2016.

Their customers, which of course includes every UK self builder, could decide on their best course of action early on in the planning stages of their projects, exactly when these sort of decisions need to be made. It allowed us to plan ahead, secure in the knowledge that when we came to place our orders there would be support in place. Now, not only have most of the supports been dismantled or weakened, but confidence in the remaining incentives has been shattered. One of the key supports, the Renewable Heat Incentive, which subsides heat pumps and biomass installations, was left intact last summer. But will it survive much longer? No indication has been given.

And a small but significant U-turn on the size of cuts in the Feed-in Tariff (FiTs) for solar PV (photovoltaic) merely adds to the sense that these cutbacks were not thought through. Before the axe was wielded last summer, the PV panel subsidy stood at 12.5p/kWh. It was then cut to just 1.6p/kWh — so small it wouldn’t be worth claiming. Then after some consideration and a great deal of lobbying, it was put back up to 4.5p/kWh. If ever you needed an indication that our legislators didn’t have a clue what they were doing, this was it. The roadmap has been well and truly shredded.

It’s ironic that this Conservative Government has on the one hand been very supportive of the notion of self build, putting in place legislation and levers to make self build more commonplace while, at the same time, it’s made the process of self building much more confusing.

The Death of Green Housing Initiatives

Scrapping of the Code for Sustainable Homes

Scrapping of Zero Carbon Homes for 2016 and the Green Deal