Jean and Ian bought their original home and knew it had certain faults that needed rectifying. “We had endured several other architects who had offered pretty tame ideas on remodelling it.”

“We just weren’t excited enough by them and when we saw a magazine article on one of Snell David’s previous projects [this story of a nearby self build was featured in the February 2008 issue of Homebuilding & Renovating], we thought he would be worth talking to. We invited him round to give ideas on how to change the staircase — and ended up knocking the house down and building from scratch.”

Architect James flinches when Jean reports this, fearful that he might be accused of the ultimate instance of project creep. Far from it — Jean and Ian saw his initial plans for a wider remodelling project and it quickly dawned on them that demolition and self build was the sensible solution.

“We went out to tender with the remodelling project and when the prices came back they were much higher than we had hoped. The problem was that there was so much fiddly work that didn’t really add value — and a lot of preliminary sums that suggested further cost implications down the line. We began to realise how few of the original walls would be left after we had remodelled internally and moved windows around outside. In addition to the VAT benefits and the fact that starting from scratch totally removed any element of compromise, it was the logical step,” explains Jean.

Jean and Ian’s new home is one of the finest examples of new period-style homes seen in the UK in recent years. The recipe for success is a hugely skilled architect (supported by a talented team) and, perhaps just as importantly, an owner/client willing to go with him.

“Getting contractors to work to that level of detail is the main issue,” explains James. “Most contractors simply wouldn’t enjoy going to that level of detail and going beyond what they usually do, so you have to choose very carefully — it makes the tendering process much more critical. I have main contractors who I have worked with in the past and enjoyed the results, but in this case Jean and Ian chose a firm I hadn’t used. I was nervous but I had no reason to be — they really rose to the challenge. I’m convinced that really skilled tradesmen enjoy being asked to create beautiful things, rather than the usual stuff they get tasked with building. It brings back the craft element of what they’re doing.” The build ended up on time, on budget.

The result is exceptional, with highlights almost too numerous to mention — the characterful roof shape with the sprocketed eaves details (as well as the exposed rafter feet); the chimney to the rear elevation bisecting the covered loggia which serves as Jean and Ian’s morning coffee spot; the series of brick buttresses to the left side elevation that serve to ground the home, tying it to the landscape; the expertly detailed wood panelling throughout the interiors. 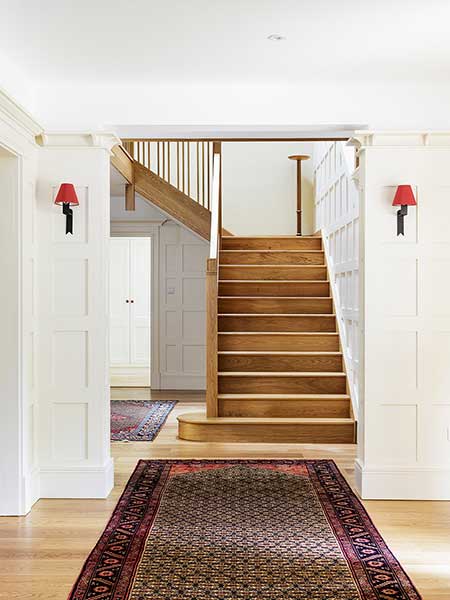 Joinery was critical to the success of the interiors, with beautiful wall panelling and the staircase (note the signature newel post detail) true to the essence of Arts & Crafts design. All hand-crafted by Edgley Building & Joinery, craftsmanship was an essential component of the whole build. Bespoke joinery was key to the success of the interiors, with newel post detailing on the staircase, and wall panelling throughout 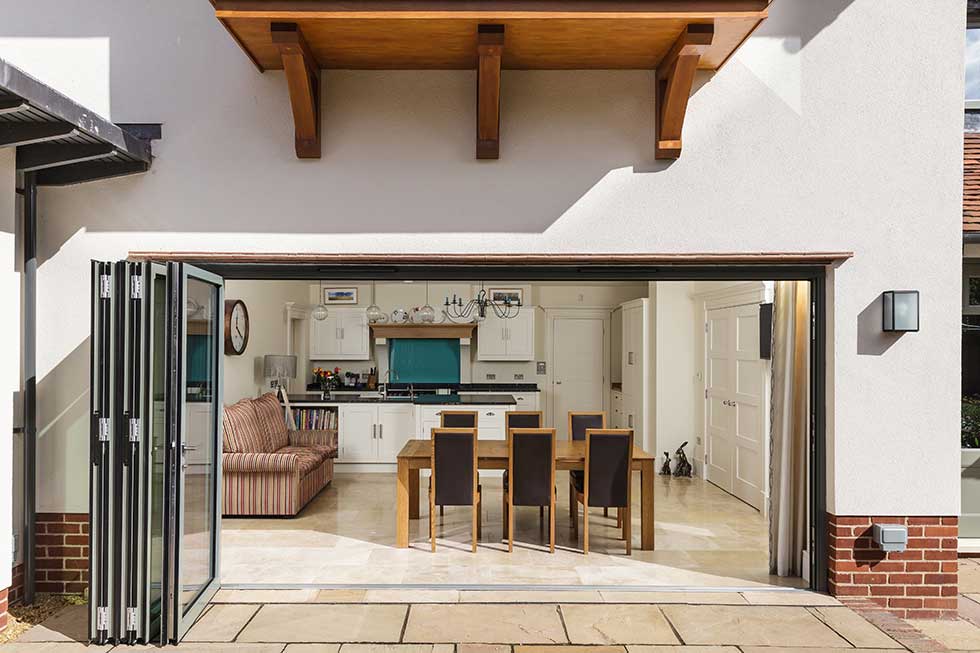 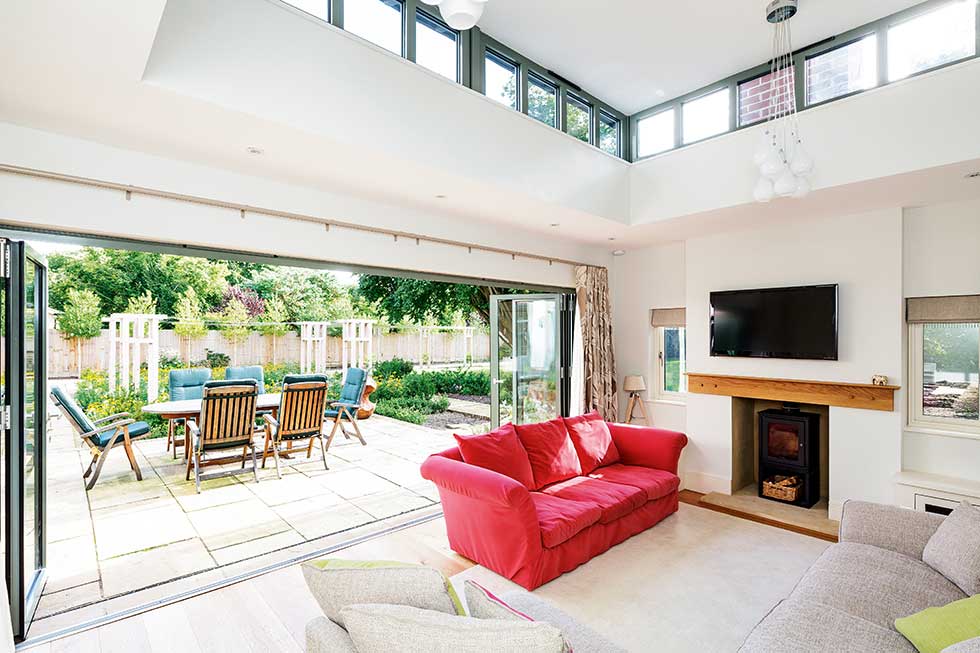 A more contemporary-style family room opens up to the garden through bi-fold doors from L2i Architectural Aluminium, who also supplied the clerestory window 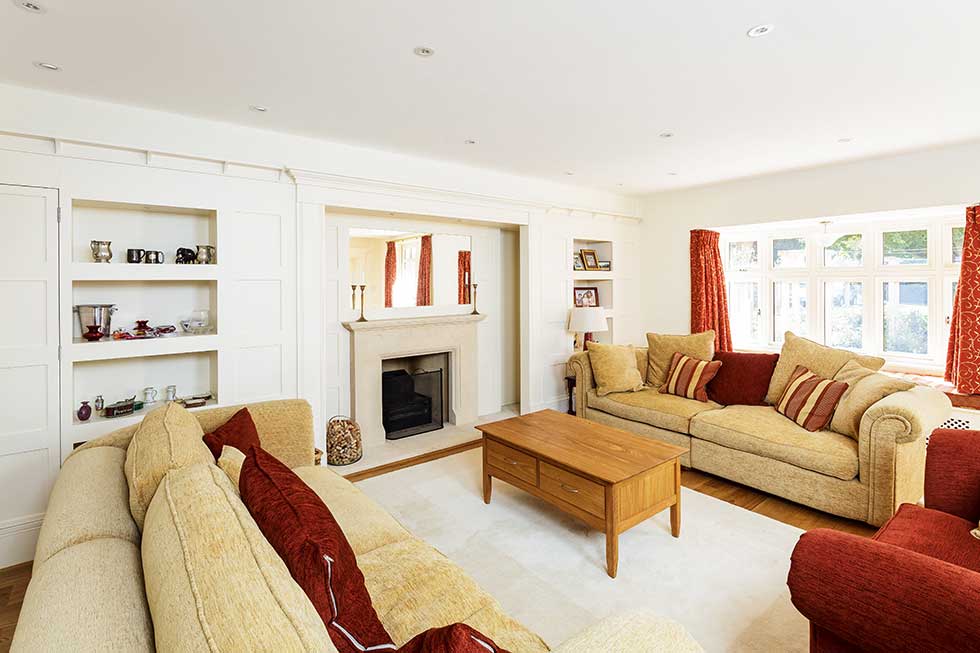 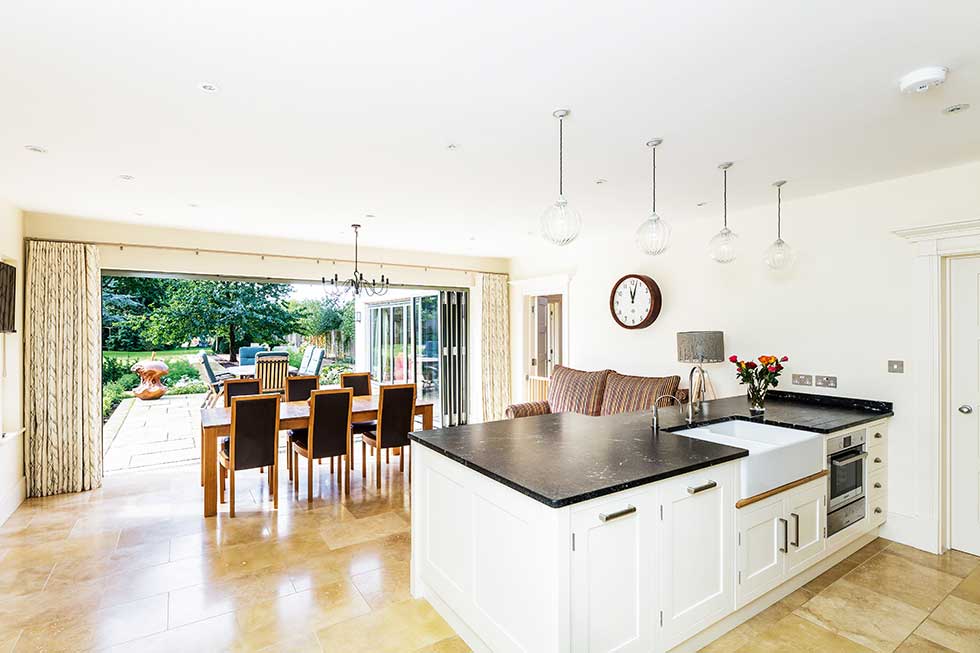 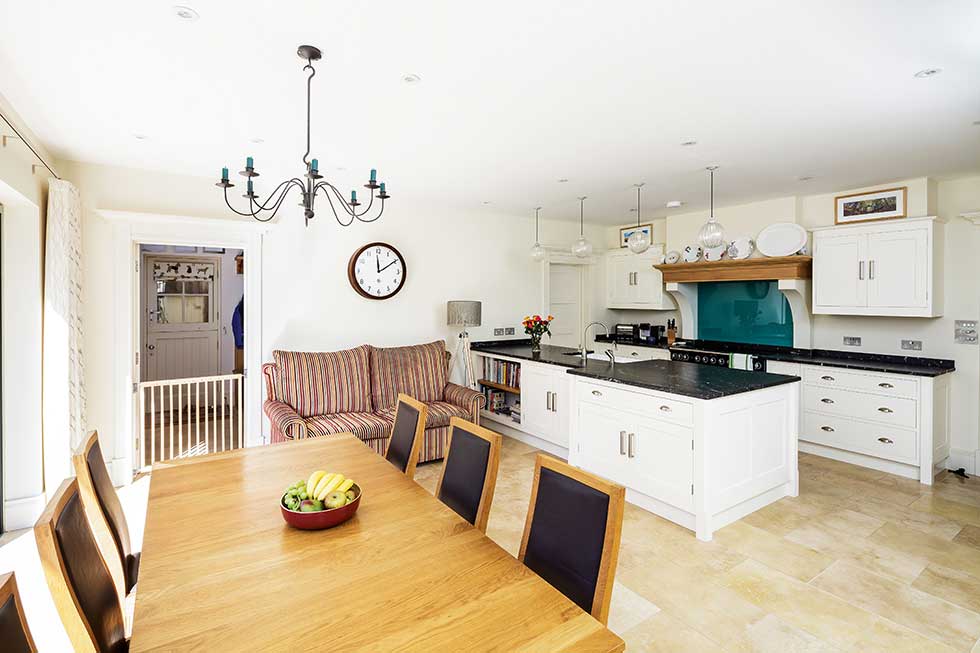 Inside, the house enjoys a mix of formal and informal layouts 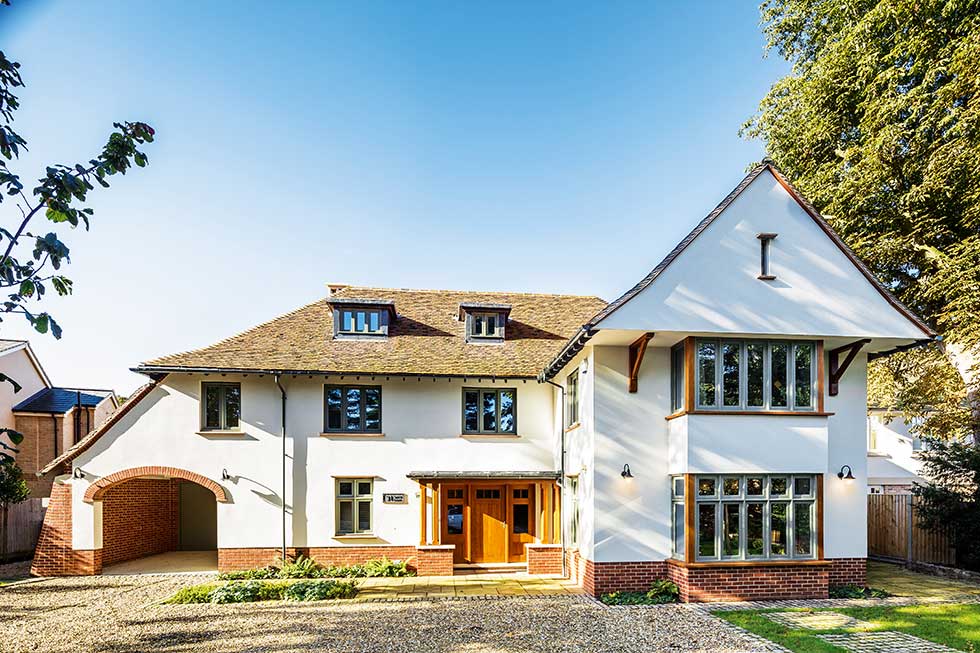 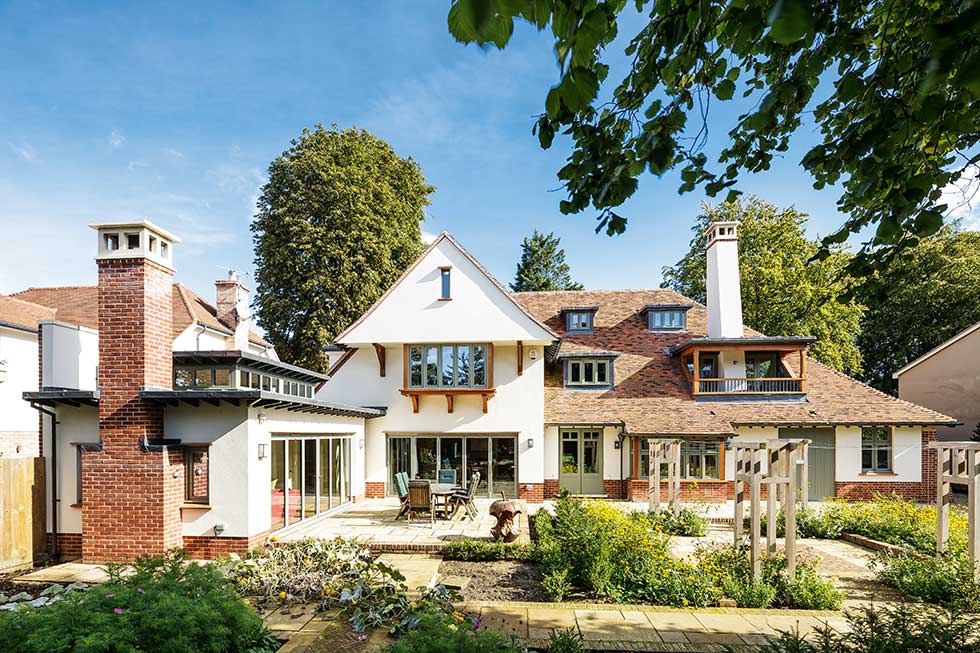 Sturdy chimneys (note how the right-hand side chimney punctures a dormer balcony from the master bedroom), sublime roof detailing – the roof tiles are a blend from Heritage Tiles’ Heritage Range (60 per cent Trad, 20 per cent Dark, 20 per cent Red) – and an eye for the finish (see how the garden structures match the chimney cap) are just part of what makes this blockwork home outstanding (it’s finished with Sto render)