A Home with an Atrium | Homebuilding & Renovating Skip to content From the front, ‘The Old Vineyard’ – Judi and Trevor Higton’s gabled stone and slate self-build – looks like a settled design that has stood on its north Devon village plot for a good few years. But all this belies a contemporary rear elevation which rises to three storeys, with large windows, a terrace and a spectacular full-height glazed atrium.

This rather traditional frontage is the result of stringent policy enforced by the local landowners, Clinton Devon Estates (CDE), from whom the couple purchased their plot. In large areas of the county, what CDE says, goes — new homes on plots it brings to market must be ‘in keeping’. For 16 years previously, Judi and Trevor had lived in a rented house which enjoyed views over open countryside across a patch of land on the opposite side of the road. When their lease came up for renewal in 2004 they realised that this land, which was subject to the same letting agreement, would most likely be sold, as it had long been designated as an infill site. 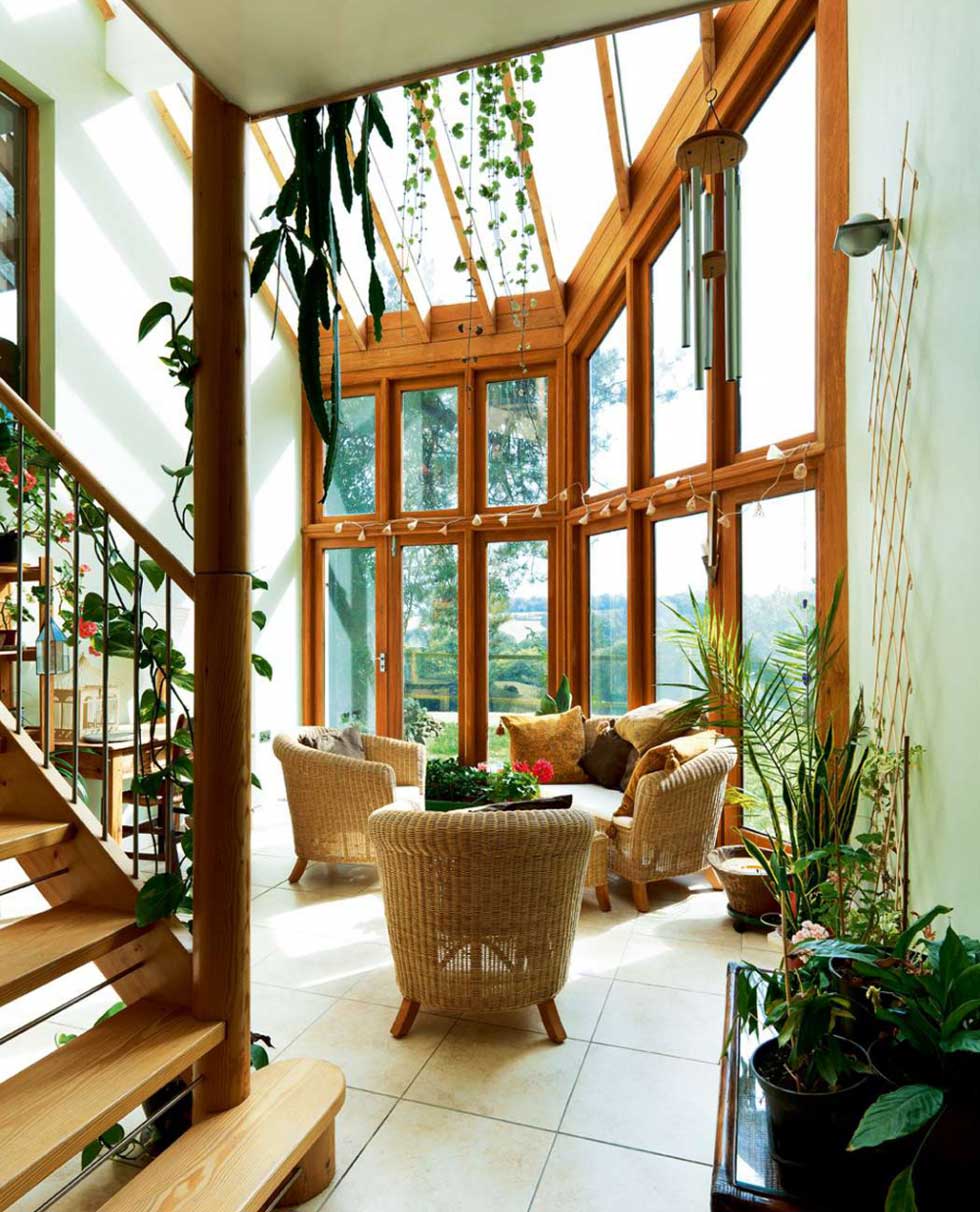 So the Higtons made enquiries to CDE and were informed that once they had the funds – of £90,000 for the land purchase – and had presented their plans for approval, the plot would be theirs. All they then needed to do was gain planning permission from Torridge District Council. Satisfying two ‘masters’ on the planning front was a worry, particularly as Trevor and Judi both have an eye for design and wished to build something unique.

“From the outset we knew that the building line and height would have to conform with the bungalows on either side,” Judi continues, “so the real challenge was to make our new home interesting and exciting, while appearing quite traditional from the front.” 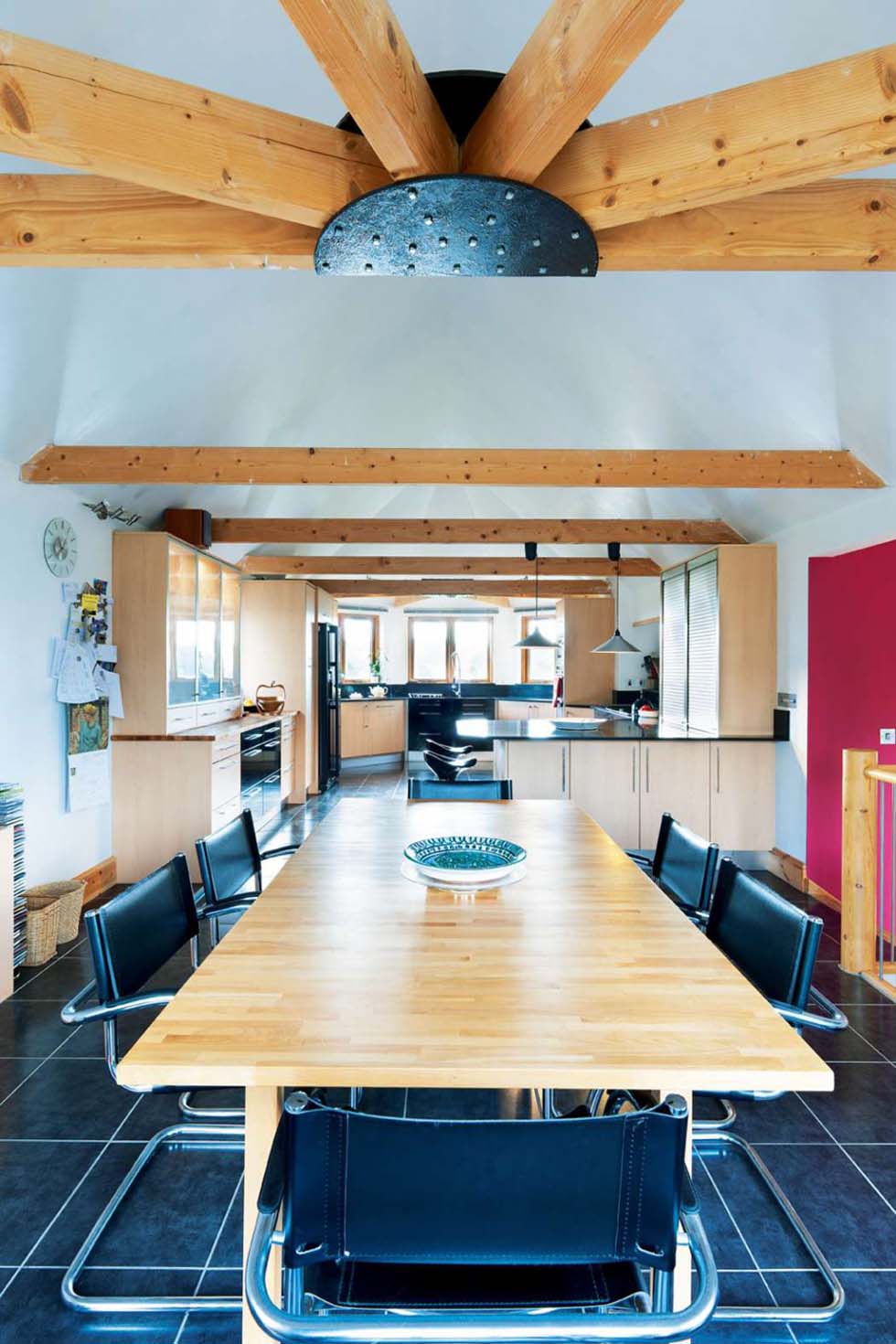 The land towards the rear of the plot fell away sharply, which presented the couple with the possibility of creating an extra rear storey by means of a semi-basement. This would provide scope to include two of the three bedrooms, plus storage rooms, on the lower ground floor. The couple’s friend, house designer John Simmons, then developed their ideas. In addition to a three storey glazed atrium to the rear, John’s plans included an octagonal turret which would add interest to the front façade.

The couple held their breath as they waited to hear back from both CDE and the local planning authority but, to their great surprise, they both passed the scheme almost instantly.

The large atrium now lends the unique aesthetic which the Higtons had hoped for. “People’s jaws drop when they walk through the front door of what appears a fairly conservative frontage and are immediately dazzled by the light flooding in from the rear,” Judi says. 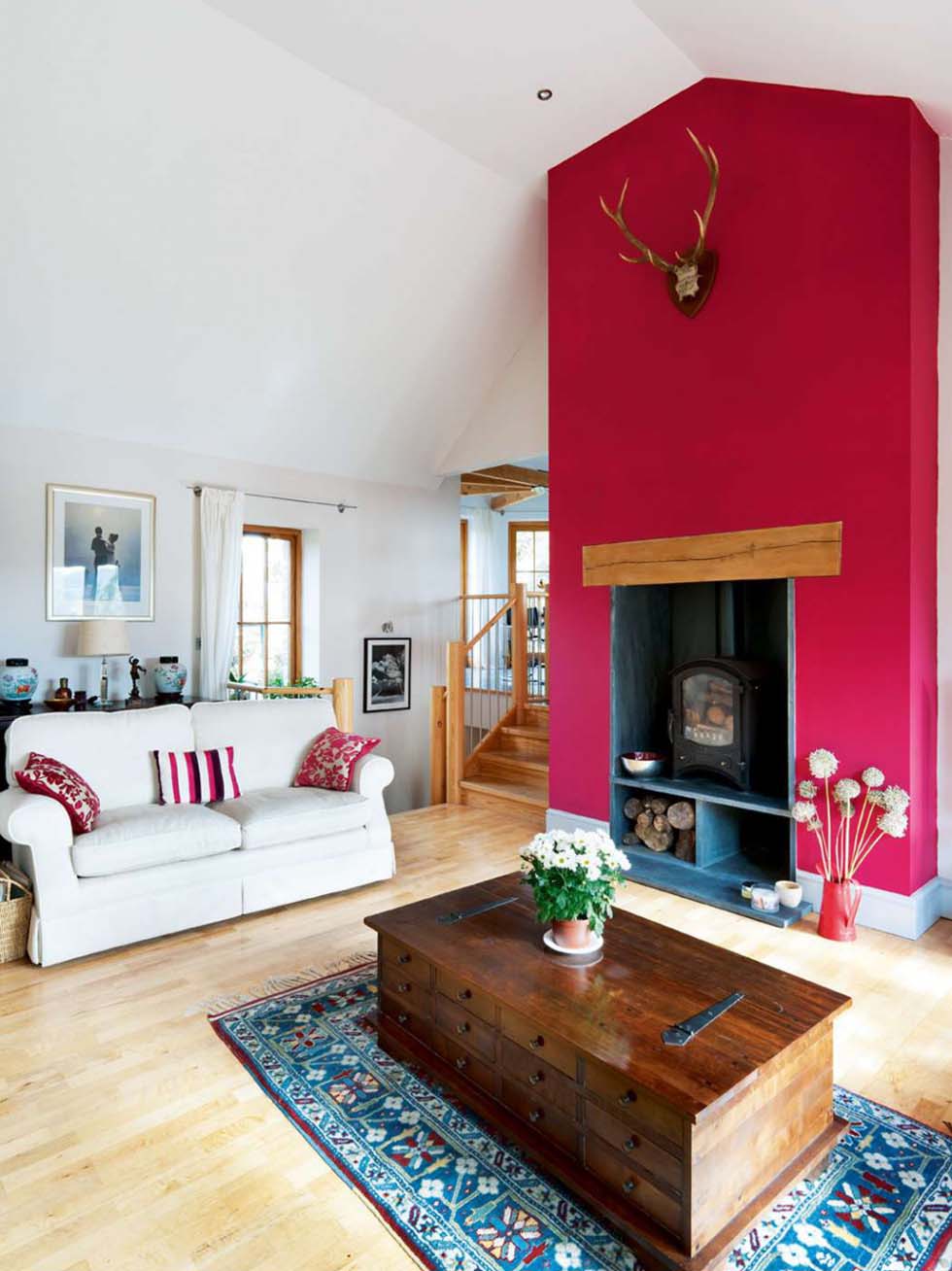 Constructing the turret room did however require some careful problem solving, as a small landing was required in order to prevent the room opening directly onto the staircase. The couple’s only other major problem was finding the funds for the build, especially for the work on the partial basement — it cost £20,000 alone to remove all the spoil.

The ground-source heat pump also proved more expensive than first anticipated due to geological problems which meant that four separate boreholes had to be excavated.

“At times we bumbled along, with a great deal of help from our excellent designer and helpful builder,” Trevor reflects, “but nevertheless the build was a life-changing experience. We have produced a house that is ecological, economical, unusual, practical and has views to die for over unspoilt countryside. Who can put a price on that?”