Architectural and interior designer John Osborn loves a challenge, so when a plot of land came up for sale with rumours of subsidence, he was immediately drawn to it — while other buyers were steering clear.

By calling on all of his architectural space-saving tricks, he has managed to fit a five bedroom home – with some interesting multi-functional rooms – on a small site.

With a strict budget to adhere to, John took on as much of the work as he could made clever material substitutions to save money.

When a plot came up for sale one on of the most sought-after streets in Clapham, London, John Osborn and his wife Louise saw the potential to build their family home. The plot measured just 10x16m and came complete with planning permission for a Victorian-style house, but while the exterior had to remain traditional in style, the interiors would provide scope to create a modern home. 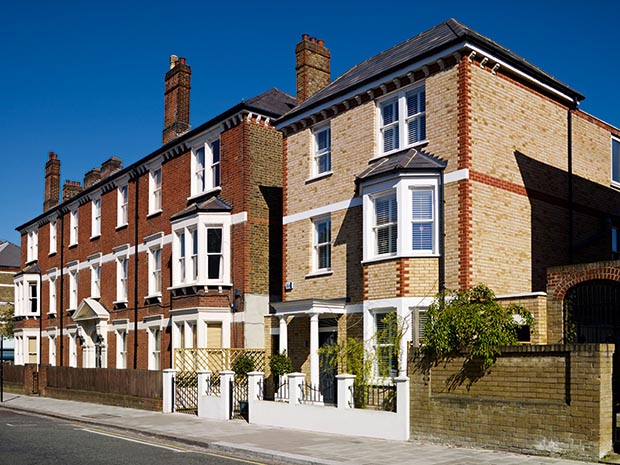 Although the plot came with planning permission for a large, four storey house, the original architect’s drawings had proposed it be divided into two flats. John wanted to create a single family home and it took dozens of quotes and lots of persuasion to convince the quantity surveyor – and the planning department – that this was achievable (especially on his budget).

Then, before they even broke ground, the couple visited all their neighbours-to-be to explain their plans and reassure them that the site would not be a ‘fast-buck’ development opportunity. 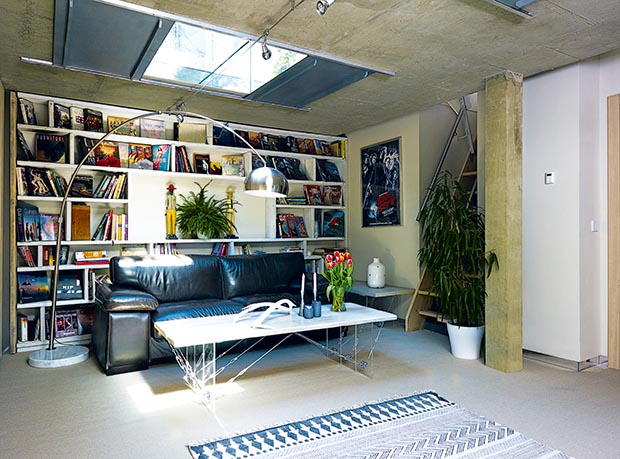 In addition to a conventional staircase, an electronically operated hatch within the kitchen floor provides direct access to the basement — ideal given that it’s used to host dinner parties

John and Louise wanted to build a five bedroom home for themselves and their three young children, Layla, Darcy and Mason. With the limitations imposed by the size of the site, John thought a basement level would be a great way to create a multipurpose space which is now a gym, fifth bedroom and family room — which doubles as a library and entertaining space.

The basement can be accessed via an electronic hatch to the open plan kitchen diner above, which opens out onto a courtyard. On the first floor there are three bedrooms and a family bathroom, and the top floor is given over to the master suite with its own roof terrace. The roof terrace has been designed, so that if need be, it could be converted into a sixth bedroom in the future.

John also paid close attention to design details. Clever ideas pervade in every room, from the recessed mirrored skirting boards to a laundry chute built into the void created by the helix-style staircase, and a ‘floating’ bed on a mirrored inset base to create storage space underneath. The entire interior design scheme is effortlessly cool with quirky uses of cladding, crocodile effect vinyl wall tyles and lots of upcycled furnishings. 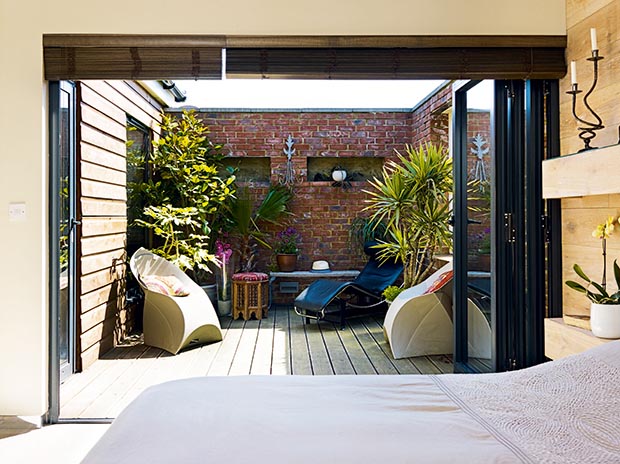 With help from John’s father, the couple managed to raise the money to buy the plot, with the aim of taking out a staged loan to fund the build. They sold their existing house and moved into rented accommodation around the corner so John could be on site every day.

The first task was to build the shell of the basement. John spent £7,500 drawing up Party Wall agreements with his neighbours before employing a specialist company to pile the ground and dig out the basement, which has been built with reinforced concrete, with a steel mesh and two sumps (which now work to pump away any collecting ground water from the basement).

John built the internal brick walls himself in just three days, and within a week the ground floor joists were going in as John constructed the house like “a giant jigsaw puzzle”. It took just 45 days to get the four storey house watertight even though it was just John and two bricklayers for most of the build.

One of the biggest challenges was the size of the site. With no room to store anything beyond a Portaloo, palettes for the cement and a cement mixer, the bricks had to be delivered two packs at a time, in line with the pace of work. This meant John often worked until 10pm finishing sections of wall in time for the next delivery.

A plumber and electrician were employed to complete and sign off John’s own plumbing and electrical work. 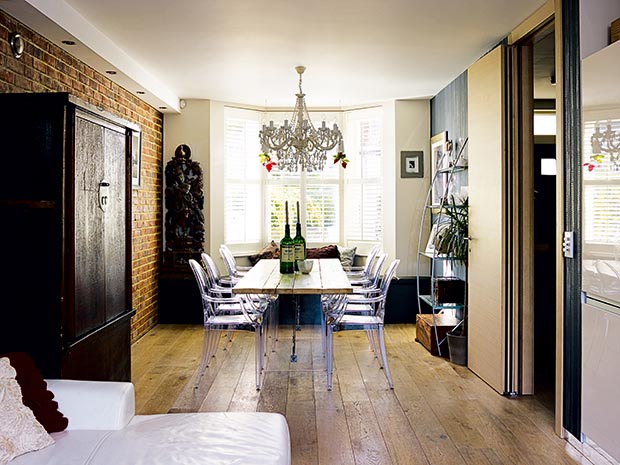 The ground floor is predominantly given over to an open plan kitchen, living room and dining space. John designed his own dining table from scaffold boards and Perspex supports. Exposed brick walls and oak flooring offer an established look to this new home

John effectively took a year off work to complete the build. This saved him £40,000 in labour costs, allowing them to stick to their budget. But as well as a lot of DIY, John managed to create a high-end look using very ordinary materials in new ways.

John says, “One of the most exciting aspects of designing and building our own house was that we had the freedom to create what we wanted,” says John, “but more importantly we have been able to live in a fantastic part of Clapham by doing so much of it ourselves.”