The Story of an Auction Plot | Homebuilding & Renovating Skip to content

Some old friends approached me recently with a view to helping them look for land for their second self-build project. It set me on the path of looking in the Dorset area. On one of my scours I came across an old Woolaway bungalow on a half-acre plot in a small hamlet called Margaret Marsh, near Shaftesbury, which I had hoped would fit the bill. The trouble was that it was scheduled to go for auction just before Christmas and there wasn’t much time for them to do anything about it. Nevertheless, I felt that I had to have a look.

I attended my first auction when I was just 16 years old, in 1962. It was a very stuffy affair and it did perhaps colour my view – unfortunately reinforced by later experiences – that property auctions were often conducted in such a way as to exclude the layperson. I’ve also hinted in previous writings at the dark practices that serve to make sure that well-know clients get the property at the right price.

So I was intrigued at the idea of attending this auction, not least to gauge the mood within the market, a week before Christmas, and during the biggest property slump that I can remember. I was in for a treat and a revelation.

Before the auction I spoke with the auctioneer, Mark Lewis, on the telephone. “I don’t know what it’s going to turn out like,” he confessed. “We’re still doing business, although it’s obviously down. I keep coming to various conclusions about the direction of the market and then something else happens and I have to change my opinion. I’m afraid that all of my crystal balls have broken.”

When I entered the auction room I was pleasantly surprised to find that it was absolutely full with no seats left and people standing two deep around the edge and at the back. Christmas decorations were up and there was almost a party atmosphere with people chatting and laughing and the auctioneers and solicitors greeting old friends and clients from behind their desks.

I made myself known and took up a position near the back of the room from where I could see all potential bidders, plus those hanging around at the door and the lady manning the telephone for those who had decided not to attend in person.

Mark Lewis eventually started the auction by introducing himself and then, in a complete departure from anything I’ve ever seen before, he warmed the audience by telling several jokes.

On a more serious note, he also explained the auction procedure. He gave advice on how to make oneself known and bid clearly, and he warned that, at the fall of the gavel, the last and highest bidder would be deemed to have purchased. “Even if you’re a proxy bidder,” he warned. “If the true bidder fails to fulfil their obligations, the liability falls upon you.”

And then, almost seamlessly he slipped into the first lot, which was the bungalow at Margaret Marsh. The guide price, which in all cases turned out to be the reserve, was £150,000 and it took a few minutes, interspersed with a few more jokes for the first bid, which was at that reserve. Thereafter two bidders took the price up in £5,000 chunks until it got to £180,000.

The auctioneer then did something I have never seen before, but which proved most effective. Sensing that the buyers needed time to reflect, he switched to an anecdotal story before re-starting the bidding, this time accepting rises of £1,000. The gavel fell at £195,000 — a touch too far for my friends.

After the auction, Mark was high on adrenaline. “Credit crunch! What credit crunch?” he exclaimed with a broad smile.

The half-acre plot – which currently houses a Woolaway bungalow ripe for replacement – is roughly rectangular, at the junction of two roads and divided from them by a low hedge. At present the three bedroom bungalow is set in the centre of the plot; the only other distinguishing features are a large weeping willow tree and a depression running across the plot that obviously serves as a drainage ditch in wet weather.

It’s situated in a hamlet called Margaret Marsh, which is set in an area of flat countryside about five miles from Sturminster Newton and not too far away from Shaftesbury. The village is spread out with no discernible centre, although there is a church and a pub. There is no recent planning history for this bungalow, but anybody demon – strating that they were replacing such a structure with something more in keeping with the local architectural vernacular, would be unlikely to run into opposition.

The very flatness of the site is perhaps a problem as there is a suspicion that the whole area is at flood risk from the River Stour. However, there is no indication of any particular flood damage and the most I would have thought necessary is that the ground floor level of any new building is raised.

A half-acre plot for just £150,000 would have been hard to imagine barely 12 months ago and I don’t think this would have stayed for sale for too long, assuming that it ever got to the open market.

How the other auction lots fared 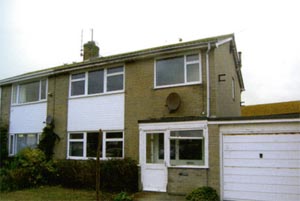 Each time the bidding slowed Mark switched to storytelling to give the buyers time to reflect, and when he picked the bidding up again this time he squeezed an extra £2,000 and dropped the gavel at £128,000.

I spoke to the successful buyer both before and after the auction. Before the auction he told me that the property had been to auction in London earlier in the year with a guide price of £130,000. It was withdrawn at £100,000. Now, after he’d bought it he was miffed that he’d perhaps paid too much, despite the fact that he’d got it for £2,000 less than in the summer. One other interesting fact was that he had bought it as a ‘buy to let’ — something I’d thought was now extinct. 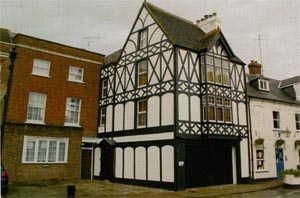 Lot 4, a town house in Poole, was withdrawn, having failed to reach its reserve of £355,000. I spoke to the owners who lived in the Middle East and they were disappointed but phlegmatic. However, I’d already seen one of the bidders going up to see the auctioneer afterwards and Mark confirmed to me a few days later that they were hoping to exchange contracts before Christmas.

Lots 3 and 5 were sold prior to auction. Lot 7, a garage and some spare hope land, was withdrawn at just £2,000 below its reserve. Perhaps this one was a sign of the times in that the bidding was painfully slow, indicating that now is not the time for speculation.