Starting out on what they hope will be a serial renovation journey, Katie and Andy Thomasson have sensitively restored a Victorian farmhouse to its former glory.

Standing prominently in the heart of a Leicestershire village, the Victorian farmhouse that Andy and Katie Thomasson fell in love with in 2010 had served many a purpose throughout its 130-year life. While the property began life as a farmhouse, it had since been used as the village post office and a bakery.

The farmhouse was on the market for over a year – and the guide price had been dropped from £500,000 to £400,000 – before the couple chanced upon it. Although the property was out of their price range, they couldn’t resist a viewing. “It was winter and the house was empty, cold and dark, but after exploring every corner, I thought, ‘Why had no one seen its potential before now?’” Andy recalls. The couple subsequently made an offer of £355,000 and, to their surprise and delight, it was accepted. 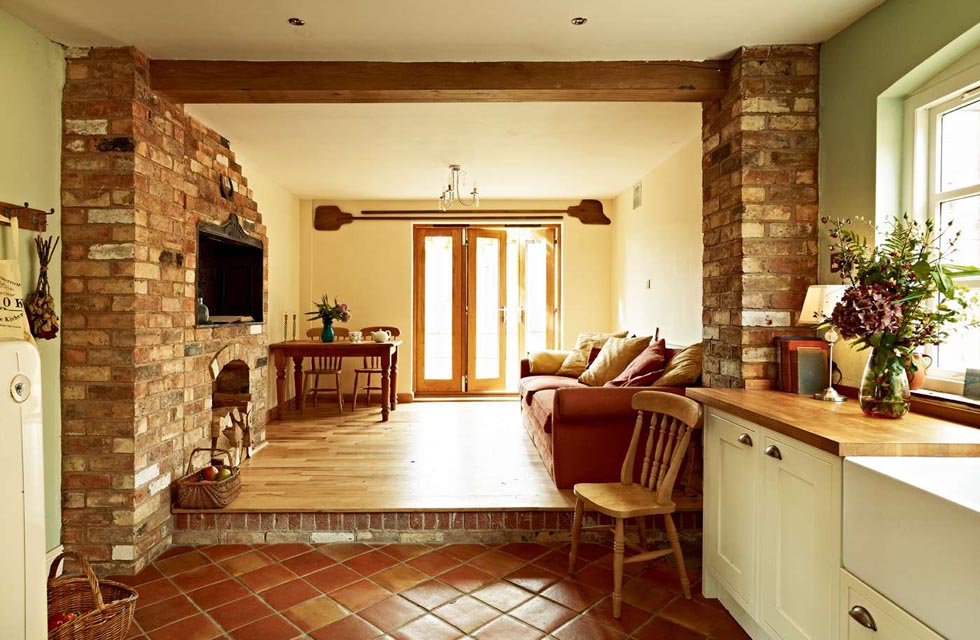 As first-time buyers, Andy and Katie admit to being complete novices when it came to renovation, but were determined to do as much of the work as they could themselves and so they both left their jobs to concentrate on the house full-time. “As a former engineer, Andy was good at practical jobs and problem solving,” says Katie, who’d previously worked as a sales manager and as such brought exceptional negotiation and organisation skills to the project. But, nothing could have fully prepared them for the challenge.

The farmhouse had been untouched for at least 30 years. As such, each room was tired and dated, and the first floor in particular was filled with layers of patterned wallpaper and woodchip. The original floorboards had been covered by endless coats of dark wood stain — leaving them almost black. 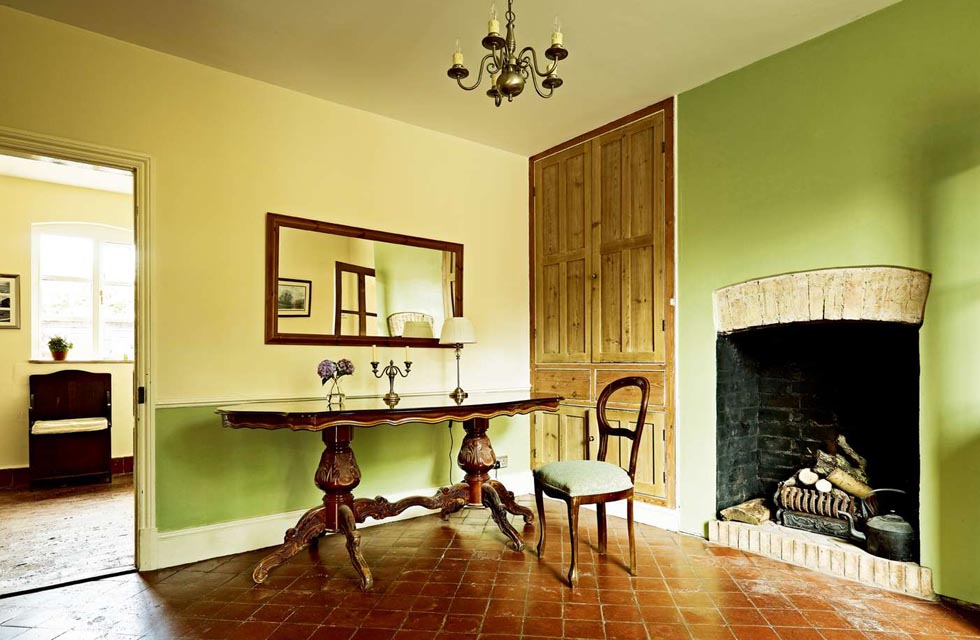 Before tackling the interiors however, there were two main drawbacks to the house which required addressing. Firstly, there was no garden — just a large concreted area. Secondly, the kitchen was very small and dark. As such, the couple began by removing 50 tonnes of concrete and turfed a large portion of exterior space to create a garden. Pea gravel was introduced to the remainder to create an attractive, country-style drive.

In the kitchen, a 4ft-thick fireproof wall, housing the original century-old bread oven, was removed and an oak beam installed to support the opening. This in turn enabled the couple to transform the previously divided space into one large family kitchen. They then installed tri-folding oak doors to the rear wall to make the most of the views over the newly landscaped garden and to allow light to flood in. 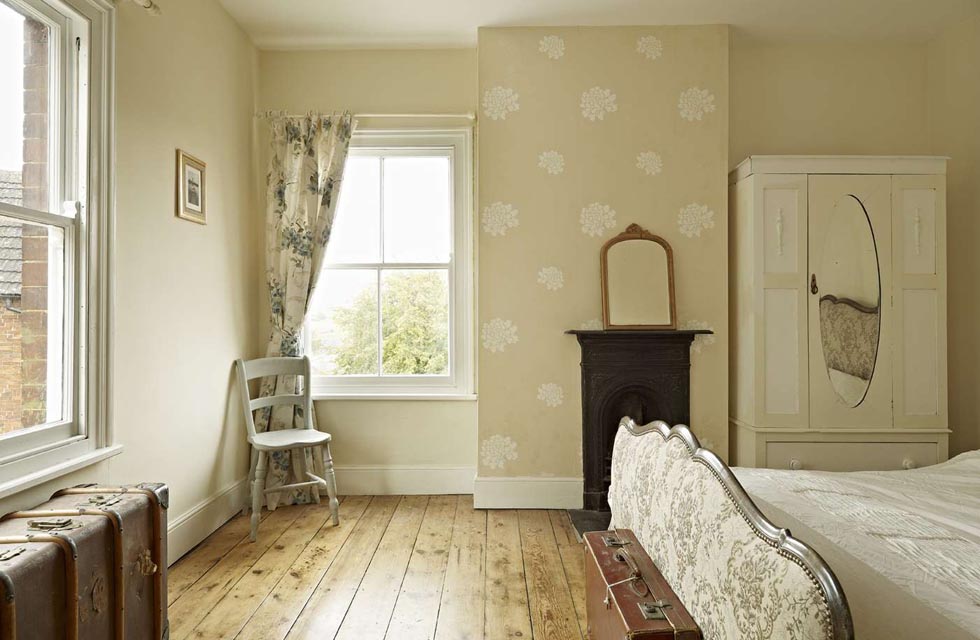 Saving money became a daily activity for the couple; as they were both effectively unemployed, they were budgeting for the project and their living costs. As such, specialist help was hired on a strict, ‘compulsory-only’ basis. When tradesmen provided quotes, the couple requested itemised bills which included a breakdown of the work and materials to be purchased. This usually enabled Katie and Andy to save money as they identified the jobs they could do themselves, and investigated whether they could buy any items cheaper — “which 99% of the time we could,” says Katie.

Six months turned into 17, and the couple’s budget doubled. However, Katie and Andy’s hard work paid off when, to their great surprise, before they’d had chance to properly consider selling the house and moving on to their next project, the house was sold subject to contract. “We’re both very pleased with the end result,” reflects Andy. “We enjoyed working together, learning new skills and resolving any challenges as a couple. We’ve definitely caught the renovating bug.” 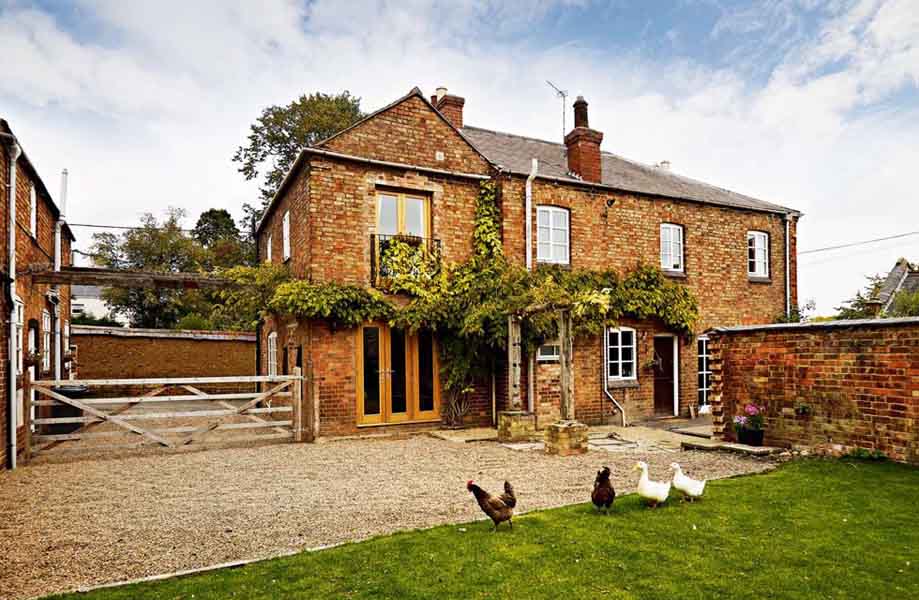