The Home of the Future: Technology | Homebuilding & Renovating Skip to content

This year Homebuilding & Renovating shares its big birthday with another iconic (albeit, better known) title — Back to the Future turned 30 in October. In the second film of the ‘80s trilogy we’re presented with a vision of the future as the characters fast forward to 2015, where flying cars and hoverboards are protagonist Marty McFly’s transportation of choice.

Rewatching this classic in 2015 – this time via an on-demand, online steaming service, rather than VHS – there are some ‘predictions’ that invite a smirk (the fashions for one) and yet others are surprisingly accurate. While front doors with fingerprint scanning and voice-activated lighting (or biometrics, as this area of smart technology is more formally known) are not mainstream, they are very much a reality in 2015. Elsewhere, other staples such as the internet, which dominates the world we now inhabit are strikingly absent.

In this blog (and the two to follow), we canvas predictions from experts throughout the homebuilding industry and discover what the future may hold for our homes. What is certain is that it’s a subject that divides opinion — will we be living in a high-tech world surrounded by smart technology, or one where we hanker after a simpler, more sustainable life?

1. The Internet of Things

And so our glimpse into the future begins with smart home technology.

“While it’s hard to predict the future, with the exception of virtual reality systems, most homes already have the technology, it is just not connected yet,” starts Kris Hogg, CEDIA Chairman and Director of Konnectiv. “We are about to see a revolution in connected devices in the home,” agrees Peter Aylett, Technical Director at Archimedia Middle East and Member of CEDIA’s International Technology Council.

“Technology will be all around us,” adds Simon Tickle, MD of CEDIA Trade Supplier member, AWE. “Some will be visible, but much will be integrated within the items around us; the TV, the heating, the telephones, all of our items of home technology will be in some way communicating with each other, the so-called Internet of Things (IoT).”

In basic terms, the Internet of Things (IoT) enables objects to send and receive data (communicate) via the internet; to become ‘smart’. “If used intelligently, this technology could significantly enhance our lives without us even knowing. Depending on the occupant’s preferences, habits and whereabouts, the clever systems will intuitively adjust the settings depending on the level of heating, security, entertainment or lighting required,” explains Stuart Tickle.

There are a growing number of smart devices which have made their way into our self builds in recent years. You only have to look at smart thermostats such as Nest, which even learns the homeowners’ desired temperatures for certain days and times over the week. The number of smart home devices is set to grow dramatically in the not-so-distant future.

But the good news is that our existing ‘dumb’ appliances (those which simply do the job intended, but are unable to ‘talk’) may not be destined for the recycling centre. This year’s IFA, Europe’s biggest trade show for all things tech, saw the launch of LG’s SmartThinQ Sensor — the sensor can be attached to existing appliances to make them ‘smart aware’.

“Be prepared for the ‘connected kitchen’,” says Kris Hogg. “Major appliance manufacturers such as Samsung and LG have invested very heavily in smart devices including washing machines, fridges and ovens. Fridges are going to be able to catalogue our food, and we’ll be able to connect to it whilst shopping to check if we are out of anything. While this sounds like a fantastic piece of futuristic technology, it will not come without its teething problems that must be considered in the long research and development process. For example, these fridges would need a dedicated regimen from the homeowner, and how will it know if there is only enough milk for one cup of tea?

“While many smart systems have and are being developed to make life easier, make constant energy savings and make the home more secure, it is important to establish which technologies will enhance your life and which are simply a novelty. When loading the washing machine, walking away and turning it on from an app on your mobile phone (rather than pressing the button whilst it was in front of you), remember this: Has it made your life easier?”

Our smart home experts are smart in their assumptions — it’s the technology which will truly enhance our lives (rather than ‘gadgets’) that will likely push on through. But who’s to say that the conventional washing machine will have a place in the 2040 home anyway? Step in another innovation by LG, the LG Styler wardrobe with Clothes Care System: it’s a wardrobe which uses steam technology (no need for washing powder here) to clean clothes, ridding them of odours and 99.9 per cent of germs too.

There could also be a move away from smart phones and tablets to ‘wearables’. “The rise in wearable technology has been particularly noticeable within our industry and looks set to continue to grow over the coming years,” predicts Petra van Meeuwen of Crestron. “The Crestron app, for instance, is designed specifically for Apple Watch™, and brings all your home technology together, allowing you to instantly access your digital world at the tap of a button on your wrist.”

Could controls be replaced by biometrics in the future? The technology is not perhaps reliable enough (or affordable) at present, but it’s likely that products such as fingerprint entry will make their way into more homes in the future.

And what about the aforementioned virtual reality? “Both virtual reality (VR) and augmented reality (AR) will change the way we interact with our environment and the technology within it,” says Peter Aylett.

For those less acquainted with these two ‘realities’:

So what does this all mean in practice? Well, AR is already with us when it comes to homes. IKEA’s 2014 catalogue, for instance, featured an AR app which enabled homeowners to see how items would look and fit within their interiors before buying. The Dulux Visualizer App meanwhile allows the user to play around with different colour schemes in a real room. The coming years will likely see designed-based AR apps become more commonplace, transforming the way we buy interior and building products.

AR is having an impact on the architectural world too. The AR apps available now, not only allow architects to show clients how their new homes will look in a much more in-depth way, but demonstrate how the wind moves around the property; what the house will look like at day and night; the sun’s path etc.; in a much easier to digest format. No doubt the software will become increasingly more sophisticated, perhaps working alongside BIM (building information modelling) to further aid architects in the design process.

Forget the cinema room, we could all be lusting after a home VR room in the future too, according to Peter Aylett: “For home entertainment, our industry will be challenged to build VR rooms that can be shared by several users connected to the same experience. These first VR rooms will be extremely difficult to design and install, but in 25 years’ time this is a vision that will very much be a reality. The next 25 years will bring more practical implementations of that ‘special room’ in the home where education, training, health consulting, business meetings and multi-player gaming can all take place.”

5. Will we Instead Opt for a Low-Tech Life? 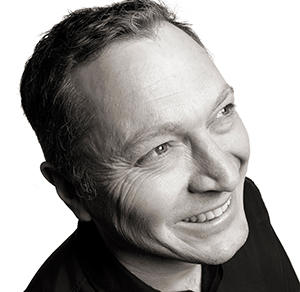 Architect Richard is founder of Hawkes Architecture, and the man behind one the UK’s first Passivhaus self-builds

“The world is a fast-changing place and it is sometimes easy to forget quite how quickly our culture has dramatically and profoundly changed. Many of us will have heard stories from living relatives speaking of a time before central heating. Only the main sitting room would be heated and only for some of the day — and never before November!

“Central heating has not been with us for very long at all, yet in this day and age it would be inconceivable to build a house which did not come equipped with central heating, insulation and double glazing. Add to this the impact that electricity has had and the insatiable desire for gadgets designed to make life easier and you see the way we use and live in our homes today is profoundly different from that of our grandparents.

“So when asked what my predictions for the home of the future might be I am torn between two distinct trains of thought. If our appetite increases for gadgets to play with in the home environment, which provide ever-increasing levels of comfort, I would anticipate a future rife with clever eco toys such as voltage optimisation and lithium-ion battery storage to provide resilience to failings in the ailing National Grid infrastructure. I would also expect houses to continue improving the ‘clothes’ they wear — if pre-central heated houses wore T-shirts then the best eco homes of today are adorned with the latest high-tech ski jackets.

“The other train of thought is perhaps less palatable but certainly more controversial. How about a future where we didn’t use and consume as much? How about a future where we got used to having less and less and discovering an increasing level of happiness as a consequence? What if we wore jumpers indoors during winter again and only lit fires in rooms we gathered in to eat and share time as a family.”

Technology could also play a role in interior design. “It is no longer unrealistic to imagine an entire wall portraying sophisticated interior decor to then switch to a beautiful lifelike view, or into a big screen for a cinema experience at the touch of a button. These technologies are being developed and they will take the industry by storm,” says Stuart Tickle.

Look out for my next blog on the home of the future, look at how construction methods will have to adapt to an ever changing world. 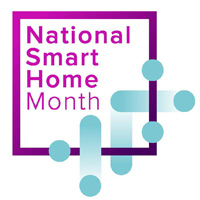