Plot Hunting on a Budget | Homebuilding & Renovating Skip to content

Somewhere between one and six million of us would like to build our own home (depending on which survey you read), however, around 11,000 self built homes actually get completed each year. The yearning gap of 989,000 (or 5,989,000) people whose dreams go unrequited is mostly due to the difficulties they face with finding land.

Of course, most will have a cursory glance on Rightmove.co.uk and call it quits from there, but even for those who take the whole pursuit more seriously, finding a site is incredibly hard — unless you’ve got endlessly deep pockets. There’s no easy route to finding a site, unfortunately.

Resourcefulness and determination are needed, along with a burning ambition to look beyond the easy options.

Read our complete guide to finding a plot

Plots with Planning Permission: Easy but not as Versatile

There is the obvious route — to purchase a self build plot that any estate agents would be selling. These are the equivalent of a ready meal, and equally (un)nutritious. If you’re buying a site with planning permission in place, you’ll be paying the vendor significantly for the uplift in value.

Many people subdivide their gardens to gain approval for a new house, which they can sell on. While there’s nothing wrong with this in principle, in practice they’re pretty much always badly designed and expensive when they come on the market.

How to build a home on a garden plot

It is likely that the design of the oven-ready house with planning permission will be a cynical exercise in money making by the vendor, who, egged on by their estate agent, will have gained approval for an oversized, ‘impressive’ and gauche executive house with (agent speak) ‘presence’ and so-called kerb appeal — which, in reality, appeals to no one.

Building one of these ready-mades is perhaps pointless: you’d suffer all the angst, yet end up with something you could have bought off-the-shelf.

The point, of course, of building your own house is to achieve something better than the generic, off-the-shelf product. Something that is a reflection of you — something individual, unique and special. You could, of course, buy the site with the executive-box consent established, and proceed to gain consent for something better. This is certainly what I’d encourage if you buy a site like this.

The easiest way to find a building plot is to buy a dilapidated house on a good site. This means, that the principle of a house is already established on the site, and you wouldn’t be battling with planners for change of use.

You could potentially live in the house for a couple of years while you are thinking about what you want to do. The problem with these sites, however, is that you’ll still pay handsomely for the privilege of buying a site with the principle of a dwelling already established — but there are still some bargains to be had.

Remember, though, that just because there’s a modest house on the site, you can’t necessarily replace it with a huge, six-bed mansion. If you’re in Green Belt land or open countryside, you can often only enlarge the existing volume by 30 percent (or sometimes hardly at all). The secret is to see the potential in a site that all the others have overlooked and understand planning permission for replacement dwellings.

As good as it is to go for consent for a ‘replacement dwelling’, it is still a costly route so you need to weight up whether it is viable to demolish and replace first. If knocking down the existing building and starting again is too costly or too ambitious, much can be gained in radically rethinking an existing run-down house by extending and cladding it. Many of my favourite houses have started off as very ordinary bungalows that have been transformed by a clever rethink and redesign. 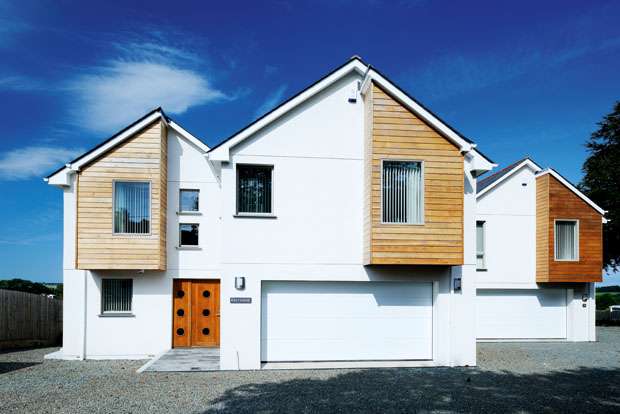 Changing to Residential Use

It is always best to gain financially yourself from the uplift in value associated with the change of use of a parcel of land to residential. First up, ignore the green field route. Essentially, you’ll never gain consent for a new dwelling on a virgin site outside of a settlement boundary — and rightly so. However, you can in some cases use Permitted Development to convert an agricultural building into a home.

What makes the landscape in Britain unique is its relative openness due to restrictions on where you can build. Our cities, towns and villages need to be densified before we sprawl further and further out in to green fields.

The most interesting sites for new builds are the funny leftover parcels of land that are typically overlooked but can be found in many places in our cities and towns. Easements owned by statutory authorities and rail networks, old garages, or brownfield industrial sites all have constraints that, for the resourceful, can be overcome.

For me, the quirkier and more unusual the site, the better. I love strange slots and wedges of land, and steeply sloping sites.

Even many ordinary housing estates have these pieces of land left over — the housebuilder can’t plonk down their standard product on them, so leaves them vacant. Friends of mine have bought a triangle of land suitable for building on directly from a housebuilder for £30,000. Usually, approaching the owner of the site direct can work well, and statutory authorities can be relatively straightforward to deal with.

My own site had no car access when we bought it 12 years ago, which put off everyone else. For 10 years we had to lug everything 400 yards up and down a woodland track, but it meant that we could afford to buy the site. Two years ago, we finally negotiated access. 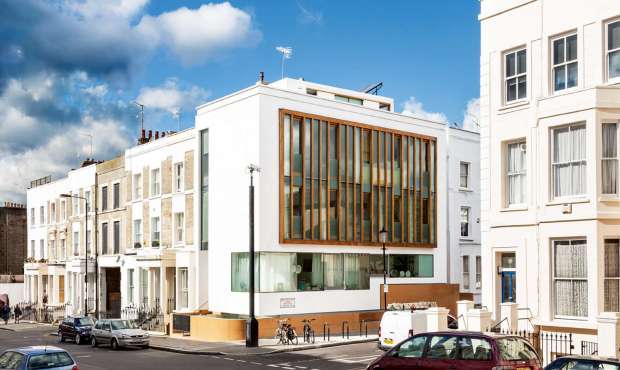 This stunning home sits on a 5x18m corner plot in Notting Hill. It had been the site of a derelict building demolished by the council some 35 years before

Gaining consent for the conversion of an industrial building is a great way of achieving a new house too. Planning policy is written in such a way that ‘capable of conversion’ becomes the overriding issue. Through good design you can demonstrate that the most unlikely redundant buildings can be converted.

Over the years, people have gained consents for converting distribution depots, aircraft hangars, metal sheds, munitions stores and electricity substations into dwellings. They may not be as quaint as a barn conversion, but they’re far more interesting to live in, and the principle in planning terms is often the same.

Even if you don’t want to live in a quirky conversion of an industrial building, gaining planning approval for change of use establishes the principle of a residential consent on a site that you might otherwise not gain approval for a house. This can form an important step in the route to self build. Once this initial consent is in the bag, you can go back to the planners and apply for permission for a new build.

See our collection of wonderful conversions

Understanding the Motives of Planners

Gaining planning permission is a much misunderstood process. Often, planners are seen as the enemy, wanting the most banal of house designs — but in my experience, planners mean far more good than people give them credit for.

Fitting appropriately into a context does not mean the conformity of superficially copying what is around, but instead, building a richer and more sophisticated picture. If the principle accords with policy, planners will usually be delighted to see a well-designed alternative to a dumb, ‘fitting-in’ box.

I’d encourage you to take a leap of imagination, and aim high for the best possible building, with the best possible architect. Good design has real currency here, and will, above all else, help you gain consent.

Looking for a plot?