A low-budget, energy-efficient self build cottage in Hampshire, built by Isabel and Mal Voller.

“Building a new house was the only way that we could afford to retire at the age we’d planned,” says Isabel.

“We’d lived in our 200-year-old brick and flint cottage for almost eight years, but when we realised that our pensions would not be as generous as we’d expected we decided to take matters into our own hands and build our way out of the situation.”

The Vollers were running a family butcher’s shop and had originally purchased the cottage as a home for their retirement. With the recession came the realisation that they would need a ‘plan B’ — and so the idea of building a new house in their garden was born.

Isabel made an appointment at the local authority’s planning office to discuss the feasibility of building a property on the land beside their existing home. “We were told that there shouldn’t be any problems as long as we made a contribution towards the upkeep of our road, which is a public footpath,” says Isabel.

“We looked down the list of local RIBA architects and ended up choosing someone who is also a flint cottage dweller and whose work we had seen before,” she says. “He knew exactly where we were coming from and understood about cottage living.” 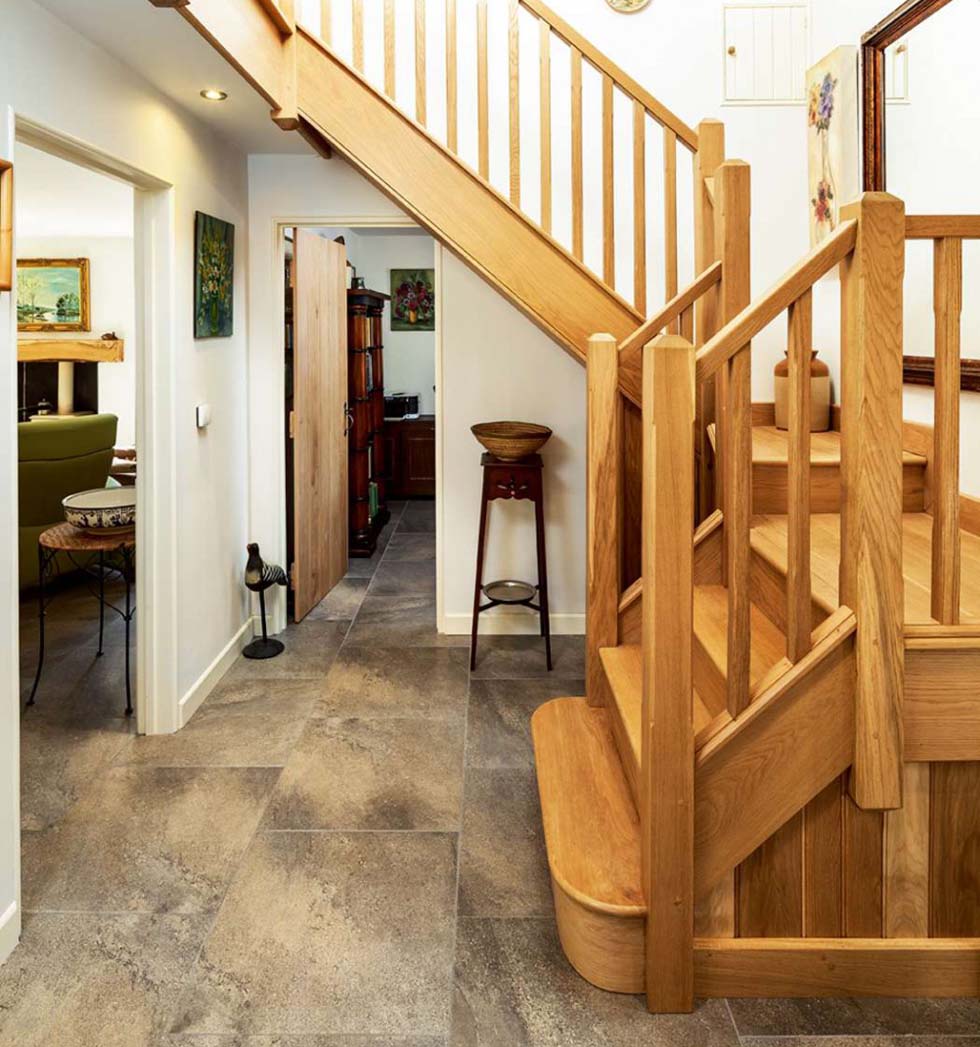 Mal and Isabel were keen to recreate a modern version of their previous home, complete with brick and flint walls, but without the usual draughts and maintenance issues. In response, the couple’s architect designed a pretty, one-and-a-half storey cottage with clay roof tiles and tile-hung dormer windows. “We wanted good-sized living space with a study and three bedrooms,” explains Isabel. “Including a dining area in the kitchen meant we didn’t need a separate dining room, and as we both enjoy cooking we knew the kitchen would be the most frequently used room in this house.” Planning permission was granted on the second attempt in January 2010. 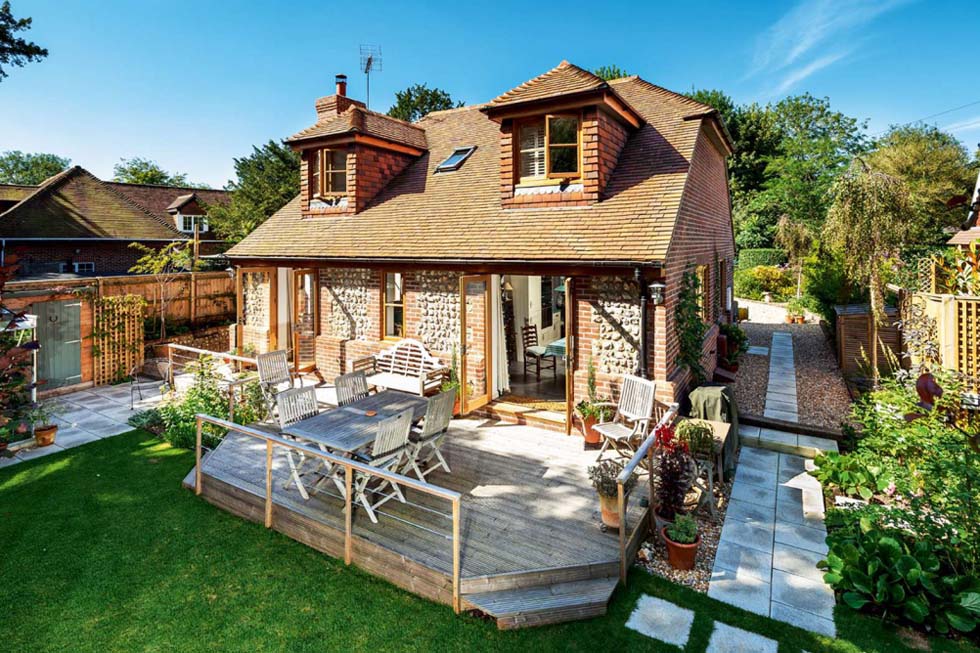 A number of individual trades were employed on site, many of whom came recommended by other people working on the house. “We also found trades by watching people working on other building projects in the area,” recalls Isabel. “If we liked their work then we employed them for our own house.”

“We tried to source things locally whenever we could because we wanted the house to be as environmentally friendly as possible,” says Mal. “We went overboard on insulation and installed a multi-fuel stove, because we’d had such high fuel bills in our old cottage which we wanted to avoid this time around.”

After some extensive research, the Vollers chose a large air-source heat pump, sited away from the house, and after a few teething troubles caused by a loose wire they have found it to be an extremely efficient solution for both their heating and hot water. “Our annual bills should total just £950 for heating, cooking and everything else,” Isabel explains.

The couple also decided to invest in a rainwater harvester: mains water is only used for drinking, showers and the dishwasher, the rest is rainwater, topped up by water pumped from an existing 43 metre-deep Victorian well in the garden — hence the name ‘Deepwell Cottage’.

Mal and Isabel sold their butcher’s shop and retired half-way through the build, which meant that they were kept extremely busy. “It’s taken us about a year to settle in and relax, because so much was going on,” Isabel remarks. “Building Deepwell Cottage proved to be an amazing experience which has allowed us to retire as planned. Now we can look forward to a mortgage-free future in a really lovely low-maintenance new home.”