Designing and installing a new electrical system in your home is one of the more complicated elements of the overall building project. Most renovators, faced either with historic electrics untouched since the era of Bakelite’s dominance (if not before) or, perhaps worse, ‘improved’ and amended over years of previous owners’ marginal projects (closed off faceplates and switches that don’t work being classic signs) will also be keen to bring things up to date.

For those of us who didn’t listen much in physics classes, the world of electrics can be quite scary and for most, the services of an electrician are essential.

However, it is critical to approach the specification of a new electrical system with a few key bits of knowledge, such as: 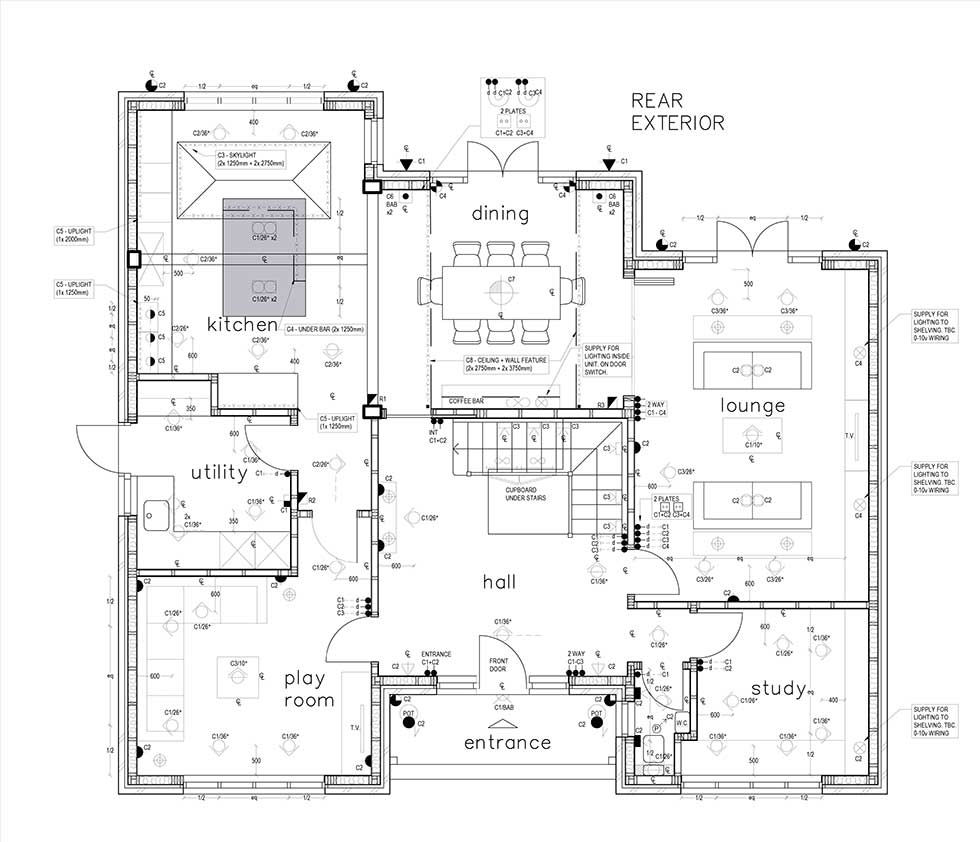 The lighting plan is a major part of the overall electrics scheme. Note the importance of furniture planning early in the process

A Word on DIY Electrics

Electrics is one of the more dangerous elements of a home construction project. Each year, on average, 10 people die and 750 people are seriously injured as a result of electrical work — so approach any attempts at DIY seriously.

Part P of the Building Regulations legislates for DIY electrical work. Electrical work is split into jobs that are either ‘notifiable’ or not. If a job is notifiable, it either needs to be carried out or certified by a registered competent person (e.g. a NICEIC member) or inspected by Building Control. (So you can undertake the jobs on a DIY basis, but need to get someone to certify them.) If it’s not notifiable, work can be carried out in the same way as regular DIY: i.e. no one needs to be informed.

Electrical systems start with, and from, the meter, which belongs to the electricity board. From there it goes to your consumer unit (also known as a distribution board or fuse board) which has a main switch, and to the lifesaver RCD (Residual Current Device), and then it feeds all the circuits in your house via a miniature circuit breaker — MCB (fuse).

RCDs really are lifesavers: they trip out on leakage, not overload, meaning they cut off the flow of electricity automatically when they sense a ‘leakage’ – or imbalance – of electric current from a circuit. Whatever’s going into the circuit, carried on the live and neutral wires, must remain balanced as it flows through and returns — or the RCD will trip.

Even a small leakage can lead to harm or a fatal electric shock. Consequently, the need for RCDs and their potentially life-saving qualities is clear.

Under Part P, socket heights are now required to be a minimum of 450mm from the floor, while light switches must be a maximum height of 1.2m above the floor. These heights are intended to reduce back strain and difficulties for those less able, but they don’t apply to kitchens and garages.

Other regulations stipulate that you run cables vertically or horizontally across walls to sockets and switches — not diagonally. This is based on the assumption that a cable is most likely to run down/up a wall, meaning you should be wary of drilling holes or fixing equipment above it.

One particular regulation of note, Regulation 421.1.201, relates to fuseboards in domestic dwellings and the need for them to be kept in a metal enclosure. Investigation into several household fires involving plastic consumer units, by the London Fire Brigade, has concluded that a key cause of the fires was substandard cable connections made by the ‘incompetent electrician’ within the consumer unit. These resulted in overheating, which subsequently ignited the plastic enclosure. Therefore all consumer units and similar switchgear must comply with BS EN 61439-3 with an enclosure manufactured from non-combustible materials. 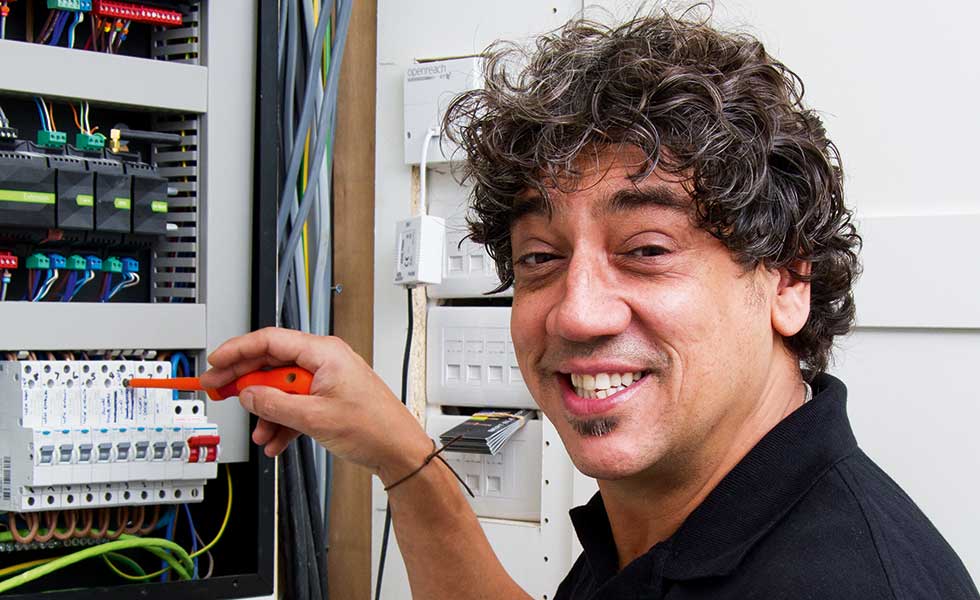 Unlike in Europe, where all but the smallest homes get three-phase supply, in the UK our standard is single-phase supply. That’s not usually a problem, but it means when you’re installing features that have a high peak load (e.g. a heat pump) you need to consider either an upgrade or to fit an inverter to convert the single-phase supply to three-phase. Inverters are not without their problems either — some suppliers of large load products offer special innovations to help deal with it.

If you do need three-phase, your fuseboard will be of an industrial type and will cost a lot more than a conventional domestic type. You will also have to use individual RCBOs (residual-current circuit breaker with overcurrent protection) – the same as RCDs (residual current device) but with a built-in MCB (miniature circuit breaker) – to comply with current BS 7671 17th Edition Electrical Regulations.

Circuits are basically a path through which electrical current flows. You’ll typically have separate circuits for the lighting upstairs, lighting downstairs, sockets upstairs and sockets downstairs.

Plus you’d have a circuit for sockets in the kitchen, a separate circuit for the induction hob, because that’s a big load (approximately 7kW), and another for the oven. If there’s underfloor heating, that would get its own circuit, as might your boiler and central heating. An immersion heater, too, would have its own circuit.

Having different circuits is beneficial because if, say, the downstairs lighting trips due to a fault, you’ve still got the upstairs to play with. There’s also loading to consider — we can’t overload circuits, which is why we have separate ones.

The Limits of Circuits

There can sometimes be a little confusion when it comes to units of measurement in electrics. Always remember that voltage (V) stays the same while power (watts — W) and current (amps — A) can vary. The voltage system in your house will be around 230V.

Let’s say you’ve got a GU10 Halogen 50W light bulb — the type of bulb you would have seen a lot in downlights a few years ago. (By the way, that’s 50W of energy you’re paying for — and not 50W of light output.) To work out how much current the bulb uses, divide the power by the voltage. In other words:

In practice, here’s how this formula might look. Let’s say you have a 3kW immersion heater. That’s 3,000W divided by 230V, which means you’re going to be pulling 13A — meaning that particular heater can go on a 16A circuit with a 2.5mm cable because that cable is big enough to carry that current.

To calculate how many lights will go on a circuit, more maths is required. For example, it’s no good putting 100 lights on a circuit because you’ll overload it. You’ve got a 6A MCB (fuse) for lighting in the fuseboard, and we know that you have a 230V system in the house. Therefore, we can calculate how much power can be used. Power (watts) equals amps multiplied by volts (W = A x V), so the power in this case is 6A x 230V = 1,380W (1.38kW).

If you use 50W bulbs, you could use up to 27 on that circuit. But today, of course, we’re using more and more LED lights, which use much less power – usually in the 5-10W range – and cost less to run.

But do be mindful: once you’ve replaced your traditional 50W halogen bulbs with LEDs, there might be a temptation to put 50W halogens back in again when the LEDs need replacing. This clearly needs avoiding as you could easily overload the circuit.

Typically, I would stick to a maximum of 20 lights on a circuit, but you can use more if need be.

Are there limits on what can go on each circuit?

Limits to circuit loading are capped by the size of the cable that we put in. For example, a lighting cable is smaller than a power cable and requires a smaller MCB.

To explain this in a little more detail, a cable for lighting might be rated at 16 amps (A) and we’ll put a maximum 6-10A MCB on it. If you were to put a 32A MCB on that cable – rather than a 6-10A MCB – it becomes a fire hazard because the MCB won’t break the circuit before you need it to, and the cable could potentially cause a fire. The same applies to a power cable being used for a cooker or shower circuit. 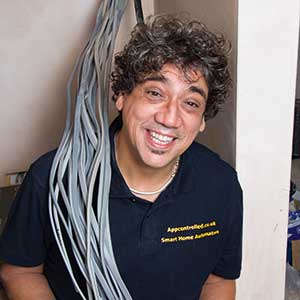 Darryl Bertie has 33 years’ experience as an electrical engineer.

The owner of Bert Electrics, Darryl has successfully delivered projects across the world, including a Caribbean cruise liner’s in-house theatre, Hong Kong International airport, Buckingham Palace, and the Houses of Parliament. In this series Darryl, who is also a smart home specialist, will guide you through the electrics for your new build, conversion or renovated home.

How to Change a Pull Switch in a Bathroom