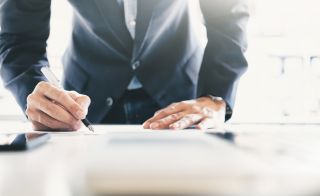 New Permitted Development rights allowing two-storey upwards extensions to blocks of flats will come into force on 1 August, the government has announced.

It has been expected for several months that this change to Permitted Development rights will be allocated first to purpose-built blocks of flats, before eventually being rolled out to all detached properties.

In March, housing secretary Robert Jenrick said in the Ministry of Housing Communities and Local Government’s ‘Planning for the Future’ document: “We will introduce new permitted development rights for building upwards on existing buildings by summer 2020, including to extend residential blocks by up to two storeys and to deliver new and bigger homes.”

The government’s confirmation of this move notably means that Permitted Development rights could be changed so extenders and renovators looking to expand their homes are able to extend upwards.

The update to the Town and Country Planning Regulations 2020 confirms that from 1 August planning permission will be granted for self-contained flats to be built on top of certain existing, purpose-built blocks of flats.

The upwards extensions will need to meet certain criteria and will be subject to prior approval - a formal submission to a local planning authority to seek confirmation that specified parts of a development are acceptable, before work can commence.

Planning permission will be restricted to buildings of three storeys or more in height, and the extended building must not be more than 30 metres in total height.

Could Detached Homes be Next?

The prospective expansion of this Permitted Development right could make it easier for renovators and extenders to build upwards, allowing growing families to expand their homes without having to move.

(MORE: 20 Things You Can do Without Planning Permission)

However, concerns have been raised that rolling this right out further could negatively impact communities, leading to a rise in poorly designed buildings, with no formal route for neighbours to object.

Housing minister Christopher Pincher, who was speaking at the National Planning Summit, confirmed that further Permitted Development rights easing the conversion of offices and retail space into new homes would be revealed shortly.

"We’ll look to do further such innovation shortly so that we can make better use of our existing building infrastructure and better use of commercial office space such as offices and retail moving into residential use,” he said.

There is currently no date scheduled for the legislation to be extended to include detached properties.