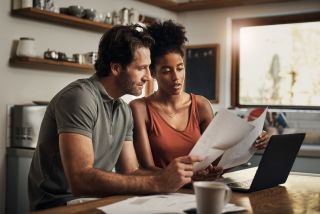 Many self-builders, having found their plot, are taken completely by surprise to find out that there may be restrictions on what or even whether they can build on the land, imposed by persons or parties who may be completely unknown to them.

They are even more surprised to discover that the fact that the land may have planning permission does nothing to waive these restrictions. This means that it is imperative for you and your solicitor to investigate whether or not they exist before committing. Here’s what to look for:

Covenants attach to the title of the land. In Scotland they are called ‘burdens’ and this perhaps gives a better clue to their nature, for they impose a burden, obligation or restriction on one parcel of land for the benefit of the owners of another parcel of land. They are usually put there by previous owners, or the vendors, and they are binding on any owners of that land and/or any future owners.

Details of any covenants or burdens will be contained within the information held by the Land Registryor the Registers of Scotland. Some covenants may be very old and the purposes for which they were originally imposed may have long since ceased to be apparent or even reasonable. Some covenants may be fresh and imposed by the immediate vendors of the plot.

In all cases, no matter how old they are, covenants cannot be removed or disregarded unless they are extinguished by agreement, which usually involves some form of payment or an application to the Lands Tribunal— a long and costly undertaking.

Covenants can be very obscure. A cottage that was recently for sale in Essex possessed a covenant that restricted any occupiers from salting pork in the lounge. This was a prime example of a defunct covenant that the Lands Tribunal would be likely to strike down.

The covenant that is most likely to alarm a prospective self-builder is a blanket restrictive covenant prohibiting any form of development of the land or specifically excluding the building of a dwelling. If the covenant is ‘live’ and the beneficiaries are known then this really can be a problem — and the only way to remove it would be to either agree some form of compensation or to apply to the Lands Tribunal on the basis that the original purpose of the covenant had faded away over time. Such an application would, however, only have a slim chance of success.

On the other hand, if the covenant is ‘dead’ in that it – whilst still existing – does not appear to have any traceable beneficiary, then the self-builder is in a much better position. The simple way around this is not to seek to have the covenant removed, but instead to purchase a Single Premium Indemnity Policy. This can be arranged through a solicitor and the premium will be established by reference to the likelihood of any beneficiary coming forward. In most cases the premium is around £200.

The most common form of covenant that self-builders are likely to come across is where a vendor imposes a covenant within the contract for sale and eventual title restricting the right of any developers of the land to have, say, windows in an elevation that overlooks their property. They may even limit the property to a single storey.

One form of covenant that vendors often impose is that they must have the right to approve the details and design of any new dwelling on the land. Happily, the courts have held that the words ‘such consent not to be unreasonably withheld’ are implied, even if the covenant seeks to exclude them.

Inexperienced solicitors may try to put self-builders off a plot with a covenant without fully investigating whether or not there is a way around it. Some may need prompting to seek an Indemnity Policy.

Easements are similar to covenants in that they attach to the title of the land. However, instead of modifying how an owner of land may use their land, they usually grant rights for one owner of land over land in another’s ownership. Typically an easement will grant access for the occupiers of one property to pass and re-pass over a neighbouring property or properties.

Once again the likelihood is that all of the land would have been in the same ownership and the rights that the easement grants cannot be extinguished without agreement. Redundant easements can, however, be struck down by the Lands Tribunal.

Unlike covenants, rights of passage or easements can be obtained through long usage and are known as Prescriptive Easements. The use has to be established without force and must be continuous, legal and unchallenged. Application is to the Land Registry and must be backed up by Statutory Declarations. You cannot gain such rights over Railway, Waterways or Crown land. This restriction also applies to Highways land, although, as that is specifically for the purpose of public access, in most cases this restriction is meaningless.

Wayleaves grant the right for services to pass under or over land. They are usually in favour of the Statutory Undertakers. Some exist in perpetuity. Others are time limited. Most have a procedure allowing either party to break the agreement after a certain period of time but this is often dependant on there being an alternative route or siting available. A wayleave will often show up in the details contained within the Land Registry. Redundant wayleaves can be extinguished by the Lands Tribunal.

What does it mean?

Covenant: A legal agreement that is tied to the land, not the owners. It can require almost anything but usually restricts development in some way

Easement: Grants another party rights over the land regardless of ownership — for instance right of way

Wayleave: Similar to an easement, but applies to allow services to run on or under land

Solicitor and self-builder Jonathan Kenwright tells the story of how his expertise helped him to kickstart his building project.

As a solicitor I have always understood that restrictive covenants were not set in stone, and my experience of assisting clients in challenging covenants bore this out; however, when your own land is subject to a covenant this does focus the mind.

I had owned a small plot of land measuring less than a third of an acre in a leafy outer suburb of Oxford. I inherited the land as a child in the ’70s and had failed to get planning permission over the years due to the small size of the site compared to the surrounding plots. The site was also subject to a covenant restricting any building at all; the immediate neighbour had the benefit of this.

In 2005 I was reading a definitive book on restrictive covenants, which emphasised the importance of planning permission when challenging covenants. This prompted me to have another go at obtaining planning permission and fortunately I obtained permission to build a four bedroom house, which would sit very snugly on the plot. Now for the covenant! I tentatively approached the neighbour to ask them to allow me to modify the restrictive covenant for a very small reward. My letter was set out in friendly terms and informally set out the law. The essence of what I was saying was that our neighbour’s covenant did not give them any ‘practical benefit of substantial value’. In other words, the building of a house on my land would not affect or devalue their house.

I was met with indifference so I went to a specialist barrister, who had incidentally written the book on restrictive covenants, and who, after visiting the site, advised that we had a good chance of successfully challenging the covenant. I then obtained a full survey of the neighbour’s property, which valued their home and garden both with and without a building on my plot. The valuation took into account factors such as the increase in traffic and noise which went with a new house. The valuer indicated that the neighbour’s house value would drop by about £10,000 but this was a very small percentage of the value and well under the 1.5% which was held by the courts in a previous 2002 case not to represent a substantial drop in value. I then went back to the neighbour and disclosed the report and suggested that I would take the claim to the Lands Tribunal if we could not reach an agreement.

Fortunately, we made a deal. I tried to be as sensitive as possible and in the end we reached an agreement to modify the covenant to allow the building of a house along the lines of the plans I had sent to the planners, for a fee. One of our neighbour’s main concerns was that various trees remained on the plot and I spent one afternoon painstakingly painting the trees that would not be removed. This was then referred to on a plan. I was finally ready to build.

Jonathan Kenwright is a solicitor in Maitland Walker Solicitors and has dealt with issues relating to restrictive covenants for many clients (01242 285855; email: jonathan.kenwright@maitlandwalker.com)