In my line of work I have the privilege of being able to view many self build homes and it’s a real pleasure, but far too often these projects seem to inject a real sense of space for the sake of it, rather than simply because it is needed. This may partially be a response to the ludicrous space standards that current developers deem acceptable — resulting in rooms that are killing the ancient art of ‘cat-swinging’.

According to the Royal Institute of British Architects (RIBA), 75 per cent of us would not buy a new house with obviously small rooms. But, while small can be poky, I am just as averse to rooms so big that the furniture floats around like ships on an ocean, and intimate conversations require megaphones.

It is not just self builders that have this addiction to space, though. I have lost count of the number of conversations I’ve had with clients who want extensions that result in me trying to persuade them that the best course of action is to neither build nor extend at all. True, this could be seen as a bad business decision, and it probably is, but often adding space does not in itself solve a homeowner’s problems — nor does it sort their house out.

People need to focus on making the space they have work first, before adding more.

Waste drives me nuts and is one of the reasons I focus on sustainability with my work. I can’t stand to see energy, resources or effort wasted, and the profligate use of space for no real benefit is just this.

There is a Goldilocks aspect to good design — not too big, not too small, just right. It is also known as good proportion, which can be hard to define, but you know it when you see it. This is far from wanting everything sized down — there’s nothing worse than tight landings and hallways; I wouldn’t consider wide entrance halls or beautiful double-height spacious staircases in a large void as being a waste of space.

If space is used to create architectural effect, then it is never wasted. However, big rooms that are badly proportioned just feel large, gratuitous and uncomfortable. They are not luxurious.

So often I look at plans for new homes and wonder what all the space is for. Quite surprisingly, the people who are about to build them often don’t seem to know either. Some people will simply never question this and take a moment to sit back and work out what space they really need and, crucially, how much space they can actually afford.

The result is that budget is spread too thinly over a large area and the quality of said space suffers as a result — cheaper finishes, low-quality materials and less insulation are introduced to create more space that is going to cost more to heat and require more maintenance that ultimately the homeowners could do without. Surely it would be a far better use of budget to invest in a well-proportioned, well-thought-out home that is valued and appreciated, will be cared for, and is built to last hundreds of years — a good use of resources.

Spending your money on a well-designed 200m² house with good-quality joinery, lovely stairs and well-considered storage can feel just as generous with all the amenities of a badly designed 300m² one. I would always encourage people to build less well, rather than more badly. Yes, you can cut costs and use cheaper finishes to get a bigger house, but what is the point? Sometimes less really is more.

Rooms in well-designed homes offer just enough space for inhabitants, their possessions and circulation space, but no so much space that furniture in the room looks lost. (You can learn more about the art of room sizing here.)

These two projects highlight that less is certainly more and are proof that homes needn’t use large rooms to create beautiful spaces. 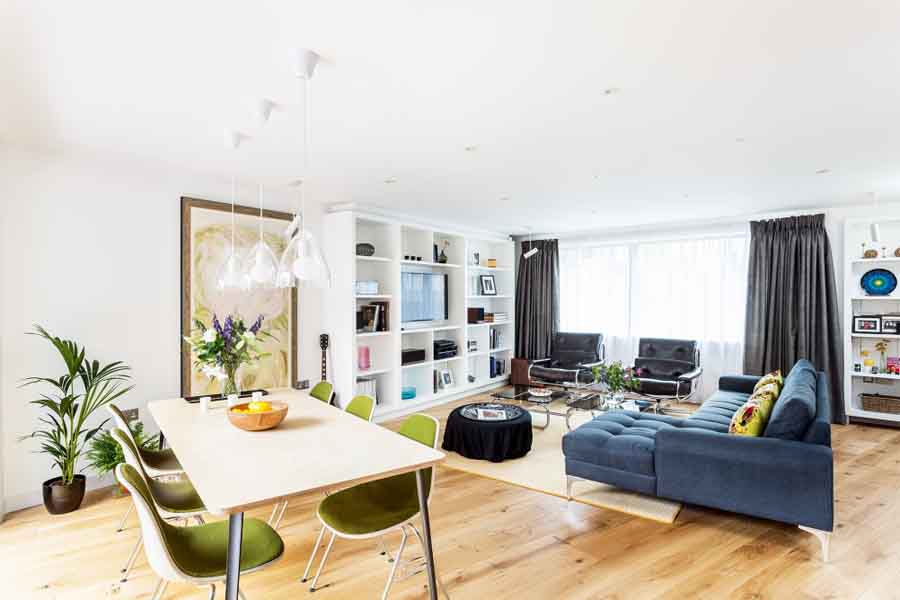 Space was carefully utilised in this project by Red Squirrel Architects, who had to make the design work hard for the home’s tight corner plot.