On the Hunt for a Plot | Homebuilding & Renovating Skip to content

Building your own home is infectious — I’m living proof, having self-built 13 times. So when my wife Linda and I decided to do it all again in late 2013, we also decided to relocate. We had moved from Gloucestershire – where we had lived for 18 years and built four of our previous self-builds – and I began to chronicle our new project in this magazine in 2013/14. We bought a lovely plot in Kent; it was close to the sea in a secluded position, yet within walking distance of the town’s facilities.

The Plot That Was Never Meant to be

We ran into all sorts of trouble. The plot had planning permission for a large four bedroom house with double garage, and what we wanted was a three bedroom bungalow. Right from the off, the planners were opposed to this, stating that our designs didn’t fall within ‘the local vernacular’, but we persuaded them with the help of the surrounding neighbours (who obviously welcomed something less obtrusive), and eventually we got planning permission.

Sadly, the plain fact was that all the changes that they had forced upon us – the design compromises and the ludicrous insistence on external materials and finishes which we hated – took the shine off the whole project.

In hindsight, we can say that the planners did us a favour because, in the 18 months which had passed, we realised that Kent wasn’t right for us and that our home was back in the Forest of Dean, Gloucestershire. So we put the plot on the market.

The trouble was that, by then, the planning consent for the large four bedroom house had expired and all we really had to offer was a plot with planning for a small bungalow that would never achieve the full economic potential of the plot, and which had a value considerably less than we’d paid for it. We had to reinstate the original planning consent and, because that had itself been an extension of an original, we had to make a completely fresh application, which took another six months.

In the meantime, we kept an eye open for plots in the Forest and informed estate agents and local builders that we were coming back. I studied Plotfinder.net and the internet every day, building up a portfolio of plots. However, we couldn’t do anything about them until we’d found a buyer for our own plot. It’s no use at all looking for plots until you’re in a position to proceed, and proceed quickly. To do otherwise risks your own disappointment and, more importantly, risks a loss of credit with those (the estate agents, the builders) who you are relying on to point you towards the good plots.

After a couple of false starts, we sold the plot at the asking price of £180,000 and we were ready to go out and seriously look for a new plot. Those who’ve heard me speaking at the Homebuilding & Renovating Shows may have heard me boast that when I want a plot, I’ll find one within a couple of weeks.

Linda and I packed up our motorhome and decamped to the Forest, arriving on a Wednesday night. We had details of eight plots — six of which, unless there was something special, were in areas we’d rather avoid.

On Thursday morning we started our tour of the local estate agents, asking each for details of plots up to and around £100,000. As a back up, we enquired about bungalows or cottages of up to £200,000, which we could refurbish, extend or even knock down. I’ve never been that keen on the idea of renovation and have made no bones about my preference for new build, but it was an option.

One estate agent offered me a project that seemed to present the chance of refurbishing a bungalow and possibly developing the land at the side. I was quite excited until I realised just where it was located — on a main road opposite a busy garage and car lot, and close to one of the few sets of traffic lights in the Forest. Another offered me a bungalow set in secluded gardens in a good area, close to Coleford. We arranged to have a look inside it the following day.

In the meantime, we went to see the other two potential plots.

The first one was also in Coleford – just beyond an old railway viaduct – and it was offered at £98,000. The plot was apparently half an acre, although the frontage to the road was only around 15 metres. Most of the plot was at the back where the land seemed to go on endlessly up the hill. And when I say ‘hill’, I mean you’d have to be a mountain goat to want to live there. We didn’t stop long. 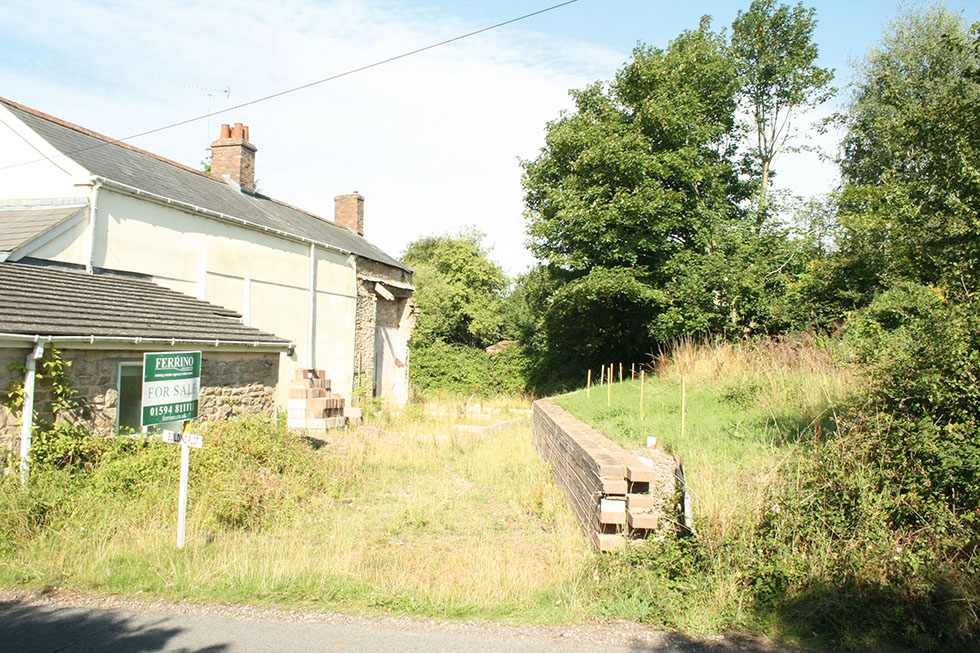 The second plot was in Bream (a village that we had lived in previously) and on offer for £89,950. We knew where this plot was, having regularly driven past when we lived there. Someone had bought the cottage on the main road, split the property into two and was in the process of renovating both. They’d also achieved planning permission for a new build on the land to the rear.

It was not a bad plot. It was away from the main road and the only real drawback was the ugly, windowless back wall of the two cottages. Nevertheless, it was elevated, with potential views across open countryside. What’s more, the adjacent track to the right-hand boundary led to the road where we built our first bungalow in this village back in 2004.

On the Friday afternoon, we dutifully turned up at the bungalow in Coleford and met the agent. I trooped around it with a heavy heart. Could I do this? It would have to have new bathrooms and a new kitchen. The living accommodation wasn’t big enough and I wondered whether it could be extended.

The agent suggested a conservatory but we could not decide just how and where one would fit. I opened a wardrobe and saw the mould, despite the attempt by the previous occupiers to prevent it with Sempatap. “No, I can’t do it,” I said to the agent. “I can’t live in somebody else’s home. We need to build our own.”

I told the agent about our history of self building and remarked that we had, in fact, bought the last three plots from the agency and that my son had also bought his plot through them. “Have you got time to follow me?” he asked. “I might have something to show you.”

We followed him — experiencing that familiar sequence of hope then disappointment, followed by a rising sense of excitement. After turning down several lanes, we passed a gateway to the left and glimpsed endless countryside rolling on down the valley, lifting towards the hills in the distance.

The agent stopped and pointed back along the lane to the right. “That’s it,” he said. “Two plots for sale for £210,000, although I think the owner would entertain selling them off separately… in fact, I think I know somebody who’ll be interested in the spare one.” 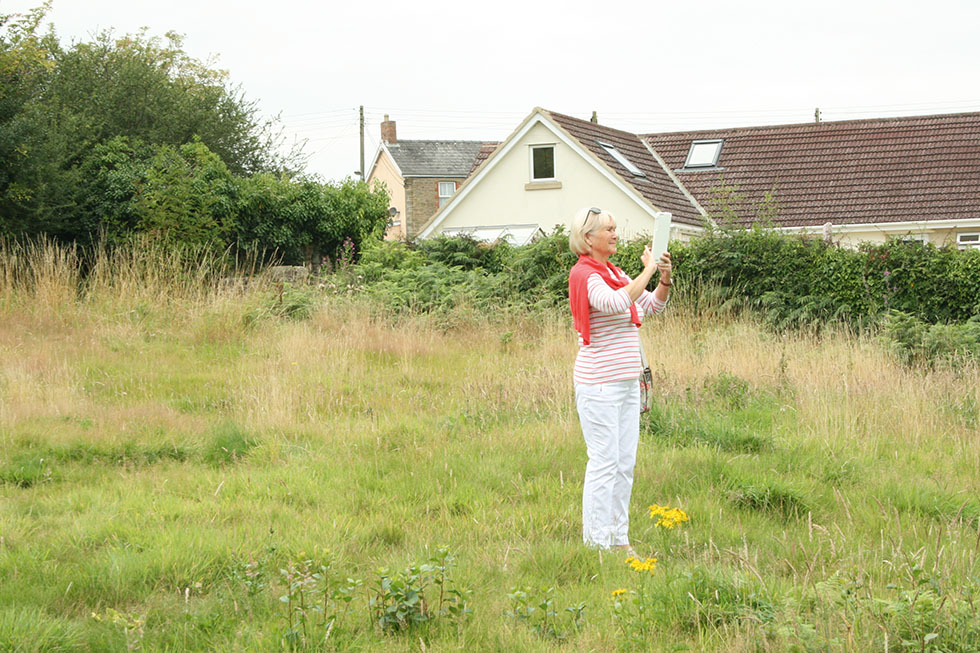 The agent informed us that he had the plans back at his office; they’d been drawn by a local designer. “Kevin Cooper?” I asked. “Yes, that’s him. Do you know him?” he replied. Not only did I know him but he’d drawn the last three of our projects! “Leave it with me,” he said. “I’ll contact the owner and fix an appointment for you to come back.”

He drove off, leaving the two of us looking at each other. We couldn’t get onto, or even see into, the plot because there was a thick hedge and the land appeared to be elevated from the lane by about a metre. But we’d seen enough. “I want this,” Linda said. “So do I,” I said. “Let’s go and see Kevin and see if he can let us have a copy of the plans and any other information.”

Next month: David seals the deal on his new plot in the Forest of Dean

Building a rapport with estate agents can prove beneficial, as David and Linda discovered when they were pointed in the direction of their ideal plot