Ready to move from their Edwardian home, Neil and Anita Turner had just been outbid on a period farmhouse when they came upon the estate agent’s details for a 1960s house. Situated on a beautiful wooded plot of 1.7acres, they saw the potential in the home.

The 1964 property had been extended before with a annexe added a couple of years after it was built. A more comprehensive extension and remodel followed in the early 90s, creating a blocky structure to the side which introduced an unusual roof arrangement.

Despite having lost its original charm, the home still had plenty of appeal thanks to the site. Surrounded by pines and firs, it came with a river at the foot of the slope, and with few neighbours feels suitably secluded. 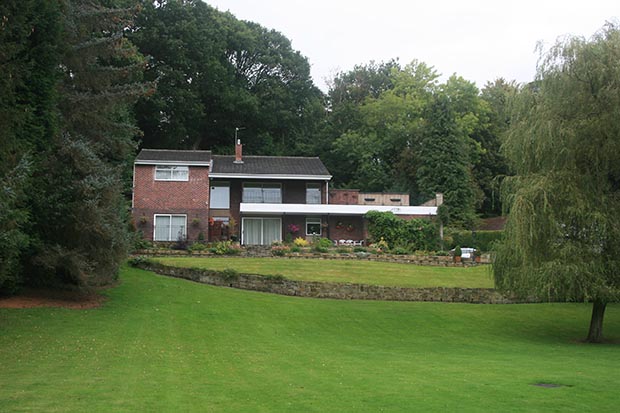 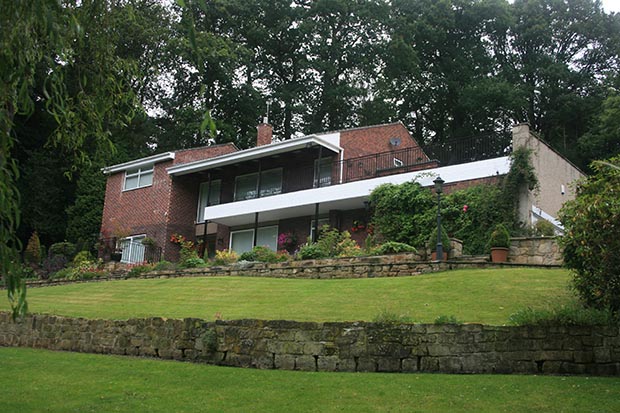 Drawing inspiration from the 1960s original was key to Neil and Anita’s plan — in a way trying to strip back the later additions and recapture that true essence. First of all this involved recreating the original dual monopitch roof, including revealing the original clerestory windows on the first floor landing that had been boarded over.

Ripping off the roof enabled the house to integrate the blocky side extension. But in a way, the success of this project is as much about what Neil and Anita have kept, and emphasised, rather than what they have taken away. For instance, the large (zinc-covered) roof overhang has been used to provide shelter on the front south elevation from the sun and, best of all, the original pillars have been added to (from three to five) and clad, quite beautifully, in iroko.

A site like this really does deserve its priority in design terms and so a new two-storey structure, added to the right-hand (eastern) side of the elevation enjoys large windows. The kitchen is now a double-height space’, while the new bedroom gets light thanks to a clever internal window.

Externally, the opening elements of the bespoke window arrangement are actually cedar clad – they work a bit like stable doors – allowing the windows to remain fixed. “It helps with a feeling of security and suits the house perfectly,” says Anita. 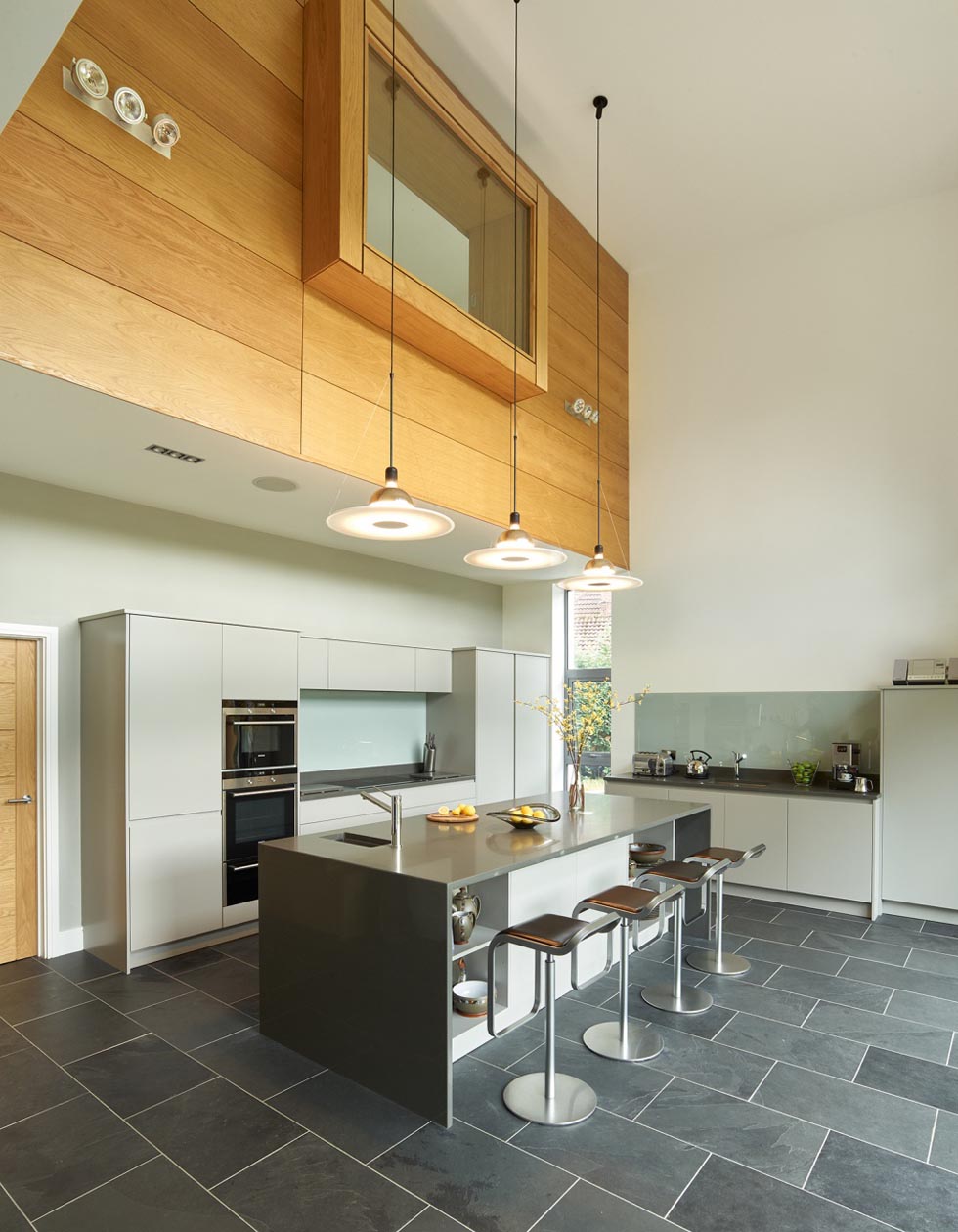 One of the children’s bedrooms overlooks the kitchen. The units are from Mowlem and the pendant lighting from Flos. A NIBE ground-source heat pumps powers the underfloor heating

Neil and Anita recognised that the 1960s house would benefit from being brought into the 21st century in terms of performance too and so have given the house a rigorous improvement in terms of energy efficiency and generation on site.

Insulation: In addition to fully filling the existing cavity on the original sections of the house, 135mm EPS (expanded polystyrene) wall insulation has been added externally then rendered or cedar clad. Neil reckons the resulting U values are less than 0.1.

Orientation and glazing: Neil and Anita benefitted from the front elevation of the original house being south facing and actually tend to need to manage overheating (which they do thanks to a large overhang and some natural stack ventilation) rather than heating. Thanks to the large 1.5 U value double-glazing panels (Neil considered triple but for the “whopping” extra cost calculated the added benefits to be “marginal”), the house is passively heated to a minimum of 18?C even in winter.

nterestingly, Neil and Anita have specified large windows on the colder north elevation — “simply, we wanted the rooms to be as light as possible rather than choosing a PassivHaus approach for the sake of it,” says Neil.

Heating: Despite having the option of gas, Neil and Anita installed an 18kW NIBE ground-source heat pump to meet the 18,000kWh projected annual heat demand for the house. Cleverly (and at not inconsiderable capital cost) the 48 photovoltaic panels on the roof (given the 9? pitch they’re barely noticeable) power the ground-source heat pump and a bit more besides. They will even, Neil reckons, charge up for free the electric car he’s intending to buy next year. 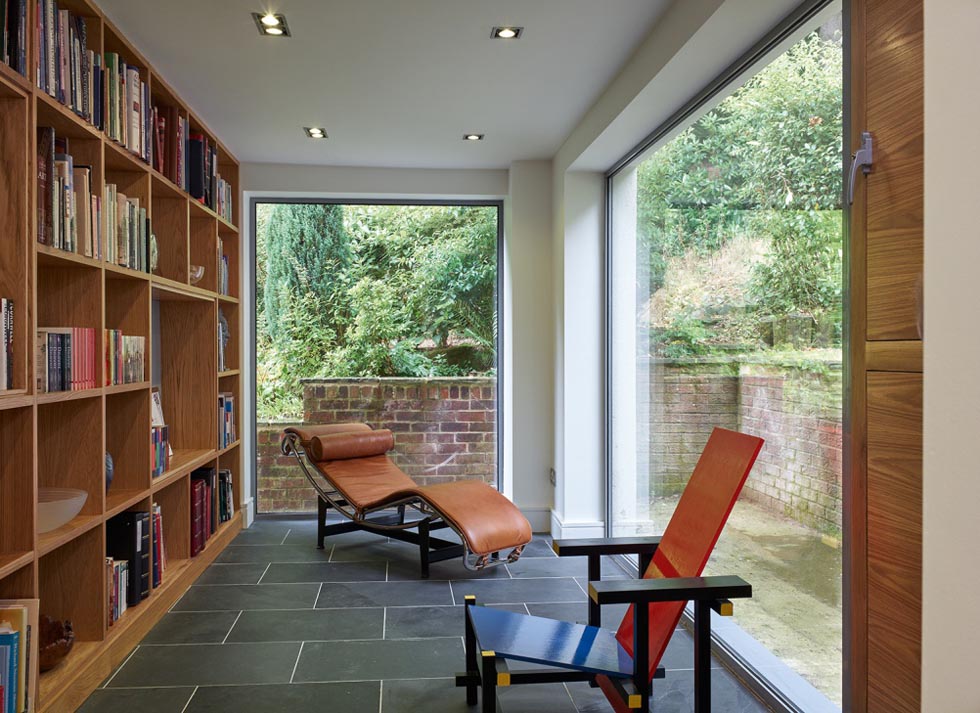 Large north-facing windows mean the home can’t acheive EnerPHit standard, but they certainly add to the feel in the cosy library

The original house was largely sound, but when excavating for the basement garage (the site slopes heavily and it made sense to use this space) it was found that the sandy nature of the soil was home to some rather worrying water runs (from the rear of the site to the front, where there’s a pond) and as such the remaining gable structure needed significant extra underpinning at a cost of £8,000 or so. The new garage retaining walls helped to further secure the original structure.

The practice that Neil works for runs a varied set of projects from residential to large-scale commercial schemes, and so in addition to the design, he was able to bring considerable experience of managing complicated schemes to the table.

“I broke down the project into 147 work packages, all designed in detail and pretty much fully specified. The packages would be things like masonry for the new work, roof structure and so on. We then got a main contractor to price them all up and come up with a very detailed fixed price for the job. In a way it’s a risky approach because if you’re not too experienced in construction there might be things you forget, and small creep across lots of packages doesn’t seem a lot at the time but obviously quickly adds up. However, it did help us to manage costs — if one package went over, we could always reduce down another one. The main contractor worked on an agreed cost plus basis.” 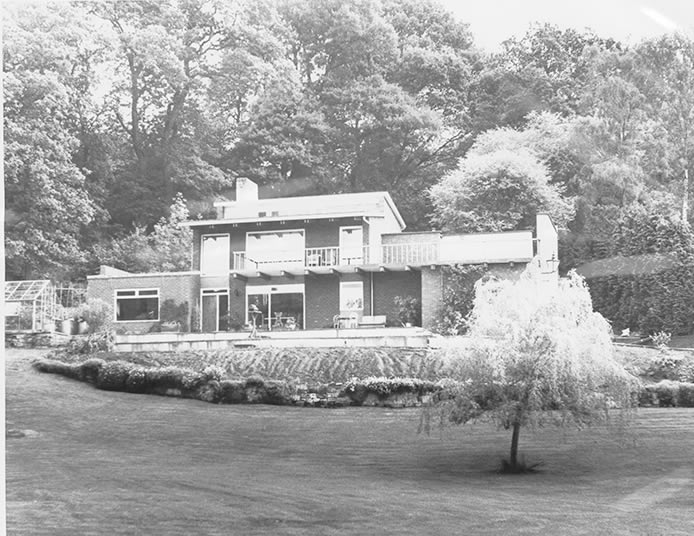 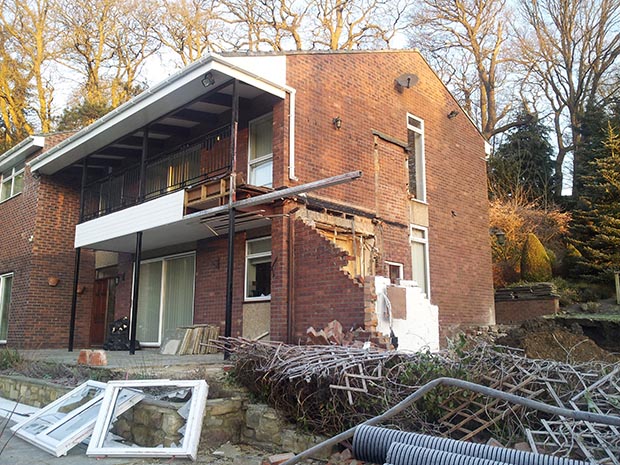 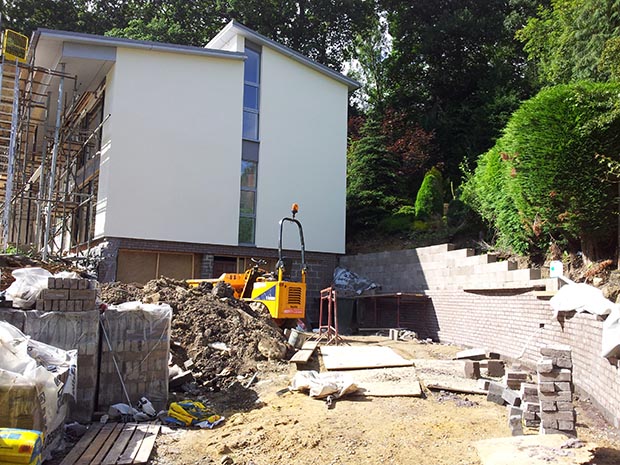 The result is quite something. The best of the original 1960s design has been brought out, with sloping internal ceilings, those funky clerestory windows, and pillars to boot. The double-height kitchen dining space is brilliantly architectural; the adjacent living room has benefitted by more simple changes (the heightening of a ceiling – the levels were very complex – and the widening of a window opening).

In many ways this is a modernist restoration project as much as a remodel — and all the better for it. Rooms are generous in size without becoming impersonal, and extra touches like the impressive lighting scheme and the architect’s eye for detail (Neil reckons he drew around 120 details to make sure things worked, like the window frame lining up with the pillar) turn it into the perfect mix of high design and a warm, soulful family home.