Securing your home should not be an afterthought, contemplated only once the build is completed. When building your own home, you are given the perfect opportunity to design it to be secure from the off.

A good designer will be able to assess your unique site and evaluate where the key problem areas lie — every site is different. The key is in identifying the more vulnerable areas and coming up with solutions at the design stage that can alleviate those issues.

One of the key suggestions that the UK police initiative, Secured By Design, gives designers of housing estates is to ensure that properties should look out over each other — the idea that a neighbour doing the washing up might spot a potential burglar scouting out next door.

That goes against one of the usual wishes of self builders and renovators — a bit of privacy, and the idea that overlooking is not necessarily desirable. As Mike Bessent, a Crime Prevention Design Advisor with Surrey Police comments: “There is always going to be a conflict between privacy and security.” With good design, however, it is usually possible to get a happy compromise.

One of the key principles of design security is to ensure that perimeter walls are as secure as can be. Perimeter walls to the front ideally should be 1m high in this case — tall enough to be difficult to get over, but not so high as to create private areas to hide burglars.

Secured By Design suggests that the minimum height for all other perimeters is 1.8m high with robust, defensive, barriers of walls or fences. They also suggest additional trellises on top as well to create extra height, and more natural discouragements through planting thorny bushes. Any gates providing access should be constructed robustly and, of course, be fully lockable.

When it comes to hard landscaping around the perimeter, particularly to the front, then “gravel or chippings are the best landscaping materials as they’re noisy,” advises Mike. Gates to the front perimeter are also a good way to create a barrier. 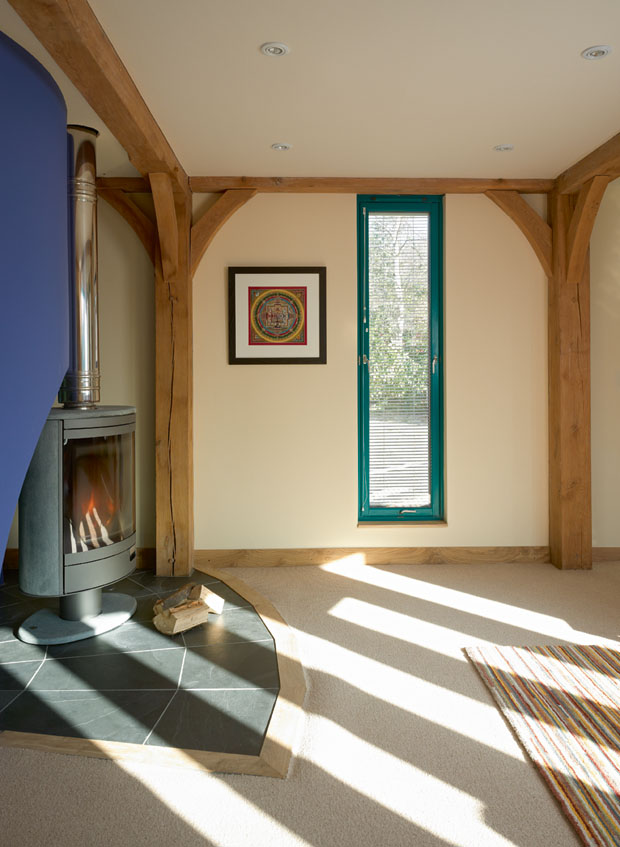 There are two key elements to introducing security into your interior layout design. The first is to position rooms to discourage potential intruders — and the second is to ensure that you have the best chance of maximising your own safety should the worst happen and intruders enter the home.

According to Kris Hogg, the MD of home technology specialists Konnectiv and Vice-Chair of CEDIA (the custom home automation association): “The number-one fear for my clients is actually personal harm – kidnap – rather than their (usually heavily insured) valuables getting stolen.”

Firstly, though, you should be positioning rooms with security in mind. The principle is simple — the most used rooms need to allow the users maximum visibility of visitors (both welcome and unwelcome). As the kitchen/informal eating space is usually the most used, this should be positioned to allow occupants to see up the drive and to the main frontage of the perimeter. The key is in creating a sense of occupancy.

The second element is a bit more sinister to consider, but increasingly part of the security scheme for (particularly larger) self built and renovated homes — panic (also know as bolt or safe) rooms are now a mainstream consideration and should be able to withstand not just a physical attack, but also fire.

According to Kris Hogg, they should be situated on the first floor/near bedrooms (you’re most likely to be attacked in the night). “They should also consist of at least a three-inch thick steel lattice door in a steel frame bolted into a brick wall with a rebar — and with a 30-minute fire rating. You should keep a CCTV control monitor and a mobile phone on charge in the room itself,” says Hogg.

Security can mean much more than simply ensuring you don’t get burgled. For some, it means ensuring that you have security of supplies to enable you to survive pretty much anything life can throw at you — from a terrorist attack to extreme weather event, to the more mundane (but more likely in the UK) power outages or severe snow or rain. This is straight from the panic room school of home security philosophy, but might appeal to some.

You’ll need to make sure you have back-up stockpiles of water and food supplies; portable power generators and perhaps a woodburning stove (with wood handy, obviously) to ensure some heat — all quite extreme stuff. If this is the type of thing that worries you, consider checking out Joel Skousen’s website and some of his books (The Secure Home being the obvious starting point).