So, you want a traditional house? If you’re going to build or renovate a traditional house – whether it’s Georgian, Tudor or even something in between – to do it well, you’ll need to have an understanding of how, over 2,000 years of practice, architects have come to assess what looks right and why. In every successful architectural style, the so-called ‘Classical’ element – the principles founded in that burst of knowledge experienced under the Ancient Greeks – plays a massive factor. So how do you apply it to your new home?

At first sight, it might seem easy. After all, all around us, in every city, town and village, you’ll find wonderful buildings that you’d be proud to have for yourself. Surely, all you have to do is copy what’s already around? Unfortunately, it’s not quite that simple. But don’t be put off — it’s possible and you should have what you want and have something you can be proud of.

Let’s look at buildings. Classical architecture has a history that goes back to BC. In that time, it’s found its way into every kind of building from the original Greek temples to modern office blocks and houses. Along the way, it has become a sort of language. There is the column, for instance, yet there is not just one, but five different kinds of column. These can be recognised by the style of top – or capital – they have. Some are thinner than others and each has its own special features. Beams rest upon these columns, and for each type of column there is a different type of beam. These bits and pieces make up the vocabulary of Classical architecture. And the ways the bits and pieces are combined makes up a sort of grammar. You put them together to make sentences. In turn, you put the sentences together to make compositions. If you assemble the pieces in the right way, they will make sense; if you don’t, they will look clumsy and possibly meaningless to anyone who understands the language — and, more importantly, they will look, in simple terms, ‘wrong’.

Like English or any other language, there are thousands upon thousands of combin – ations of words and ways they can be put together. There are ways of making a big statement and ways of being very modest. You can say things with lots of fancy words and you can be very terse. It’s possible to be interesting and inventive and it’s equally possible to be illiterate. If you want a Classical building, you probably won’t want to be illiterate or clumsy. You’ve been around the language for long enough to have an idea of how it should look but you’re not quite sure how to do it yourself.

So, if you want someone to compose an elegant building for you, you have to find someone who can speak the language. This is not as easy as it seems.

You might think that if you went to an architect they’d know what to do. Unfort – unately, the architectural profession gave up on Classical architecture about 60 years ago. In fact, they’re rather proud of this fact. Not only did they give it up, but most of them think you shouldn’t be doing it at all and, if one of them is desperate enough for the work and pretends that he or she knows the subject, he or she probably doesn’t. After all, most architects trained less than 60 years ago. The result could well be a disaster — and an embarrassing and expensive one at that.

Most likely, however, they’ll tell you that you shouldn’t want a traditional building and you should be having something outlandish and unconventional because that’s the way to be modern. Never mind that you feel quite modern just how you are, because for an architect being different is something close to a religion.

So, if you want a Classical or traditional house, you need to find someone who knows what they’re doing. Luckily, there are a few around and there will be one somewhere near you. They’ve formed themselves into associations: in Britain there’s the Traditional Architecture Group, and internationally there’s the International Network for Traditional and Urbanism. 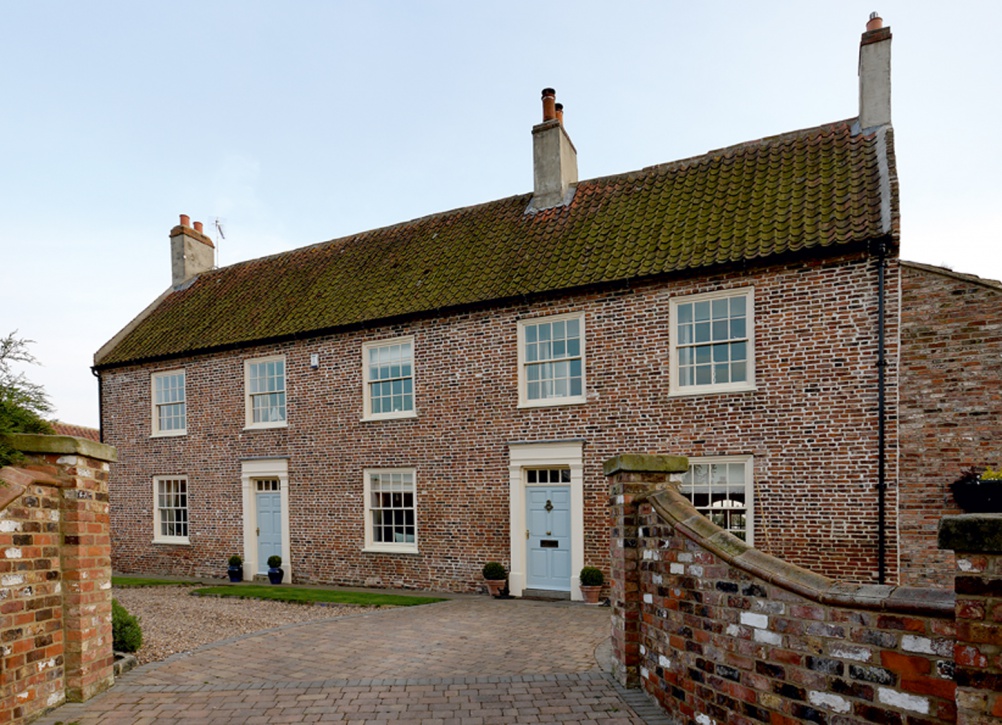 ABOVE: Classical design formed the basis for the majority of homes built in the 18th and 19th centuries, such as this recently renovated Georgian farmhouse in Lincolnshire. Read more about this project.

Let’s assume you’ve already got a building plot. Naturally, you’ll need to get planning permission and you’ll need to work up your design with the sympathetic, traditional architect you’ve found. I won’t go into how big the building should be for the plot, how it should fit in with the neighbours, how you connect to the road and so on. These apply to any building but have to be adapted for every individual site and the local planning department, and your architect should help you. So is there anything that you should know specifically about Classical and traditional buildings?

There are lots of stories going around: Classical and traditional buildings are always very expensive; you can’t get the materials; the craftsmen aren’t around any more; Classical buildings always look too grand; you can’t make them work with modern equipment, electricity and heating; they’ll be hard to heat and so on. But, like stories, such suggestion is fictional.

Classical and traditional buildings are, in fact, the easiest and cheapest buildings to build. They usually consist of four walls, windows and doors, and a pitched roof. People have been building these for thousands of years and will carry on building them for thousands of years yet. They’ve been building them across the world — in each place they use the right materials for the area and they adapt their details to the climate. Best of all, as they’ve been building them for at least centuries in all these places, they started off with materials that you’d find locally and didn’t have to carry too far by horse and cart. They’d also have worked out how to keep the house warm and cool before central heating had been invented. This means that by looking around your area and using the same materials, your new traditional or Classical house will fit in. It also means that the design will have a head start when it comes to being sustainable — you only need to add modern insulation and know-how, and you’ve got a pretty energy-efficient place.

In amongst all these millions of buildings which have been standing for centuries and most likely amongst the hundreds in your area, there will be grand houses and modest houses. Grand Classical houses might have lots of decorations, rows of columns and fancy windows. Modest houses will have simple walls and windows and perhaps, at most, a couple of half columns on each side of the door — possibly less than that. But if they’re Classical they’ll belong to the same family. The proportions will be the same but that doesn’t mean their size will be the same, the shapes will be similar and the decoration will be similar — there’ll just be less of it. So, if you want a simple and economic house, that doesn’t stop you having a Classical house and it will be part of the same family of houses as the grandest Classical house in the area. That’s a pretty good deal. If you want something that’s traditional but not Classical, then the story is much the same except that the inspiration will be almost all from the area around about and not so much from 2,000 years of Western architecture.

What about the way you live? Ancient Greeks didn’t have garages. Georgians didn’t have big kitchens and microwave ovens. But in those 2,000 years, thousands of room combinations, ways of putting together Classical details and different styles of living were all worked out. There’s no reason why this process of evolution should stop. Your house will have things that are familiar or things you’ve seen elsewhere that you feel comfortable with and special things that are just for the way you want to live, and they’ll all come together in a satisfying design.

So, you want a traditional house? Well, you can have one and you should have one if you want it. Tradition is about feeling at home and belonging. There’s nothing to stop you if you realise that the one most important thing is to work with an architect who really believes that traditional architecture is as right for today as it ever was. 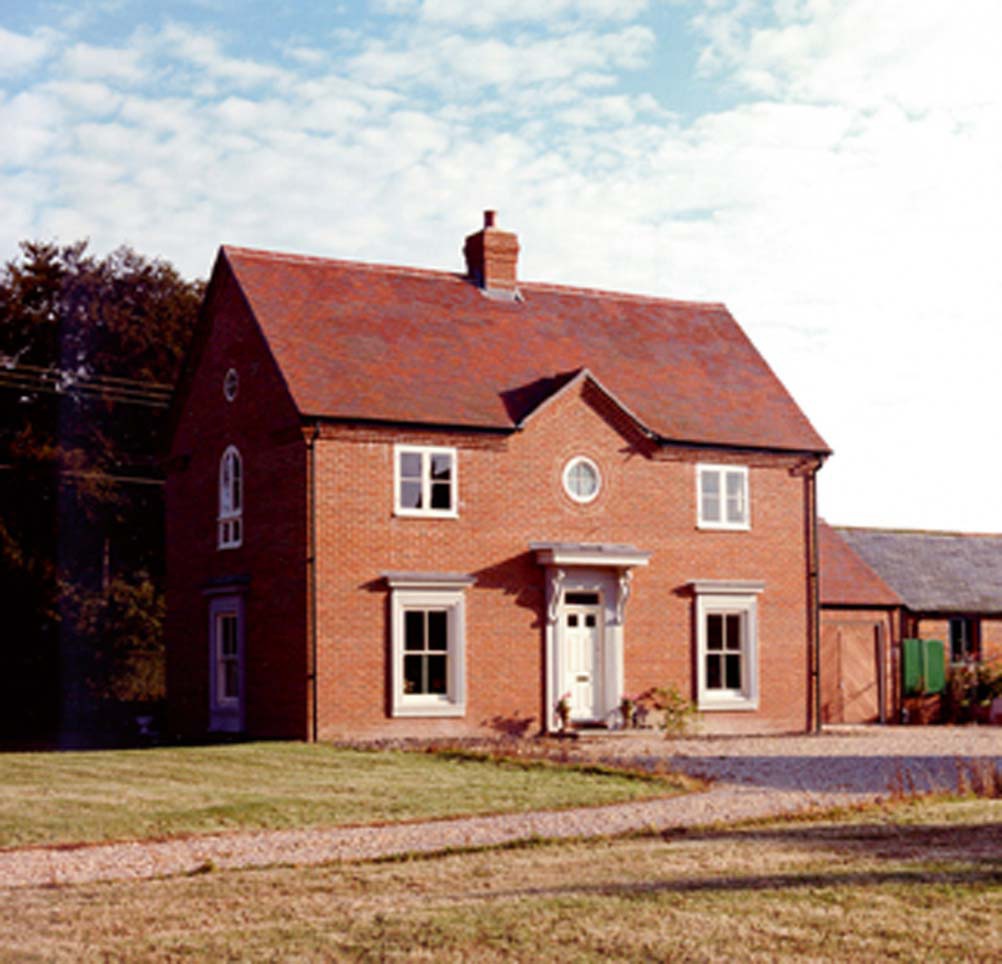 ABOVE: The Classical can look just as good on more modest footprints, as this new house, designed by Robert Adam, shows. 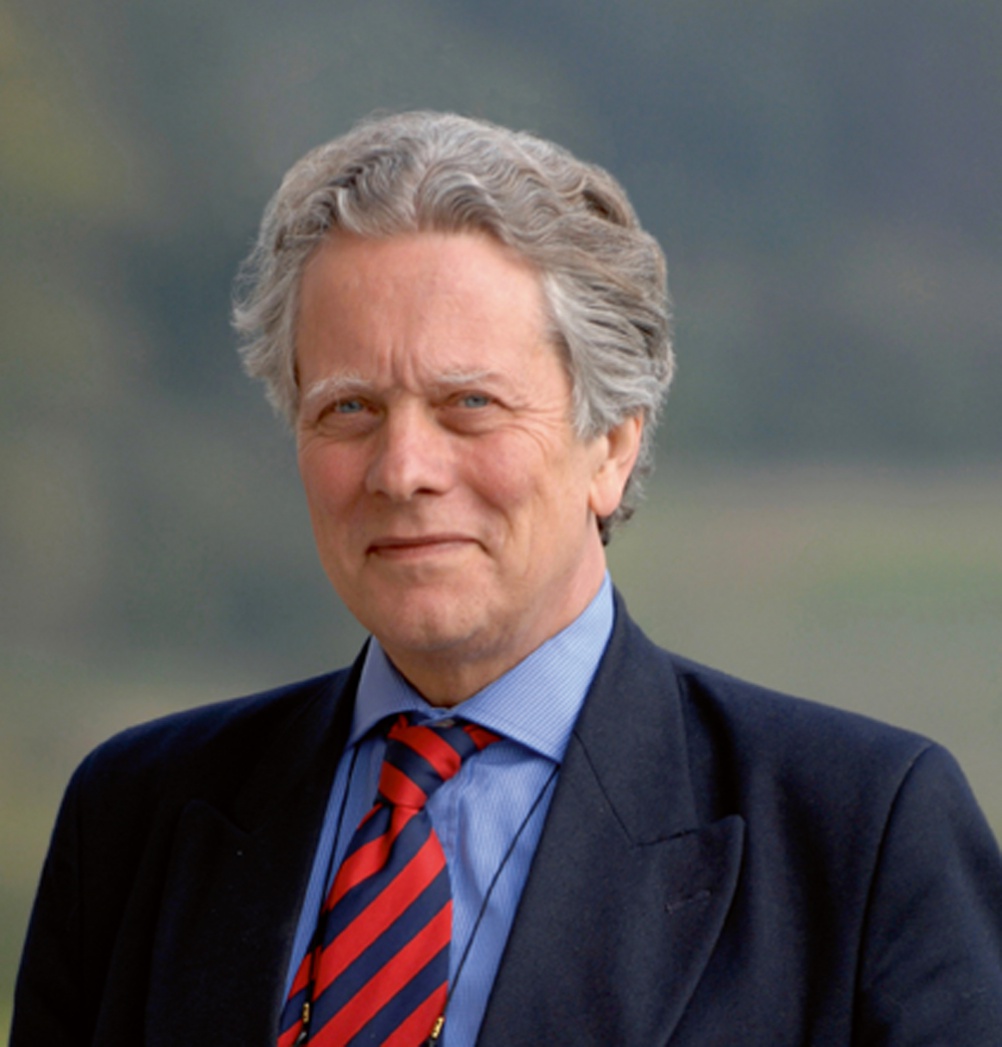 Robert Adam is one of Britain’s most acclaimed architects and is best known as an outspoken advocate of traditional design. He has developed a reputation in recent years for being able to get planning permission on grand one-off homes in the countryside. Robert has written and lectured many times on the subject and he is also the founder of several protraditional design groups. As the founder of Robert Adam Architects he works on commercial, public and residential projects. robertadamarchitects.com