It’s the self-build that ticks every box. A cutting-edge design in a stunning location, Nick Middleton and Kate Prentice’s new home is one of the most energy efficient in Scotland, yet was built to a tiny budget of £123,000.

The best way to describe our approach to the design of this house would be ‘eco minimalism,’” explains Nick Middleton of the family home that he and wife Kate Prentice recently self-built on the Isle of Skye. “It wasn’t about renewables, it was about building a house that required little energy to run. So we weren’t too preoccupied with ground-source heat pumps and wind generation or photovoltaics. What we really wanted was to spend our money on high insulation and airtightness, so that the energy that would be required to run it would be very low.” 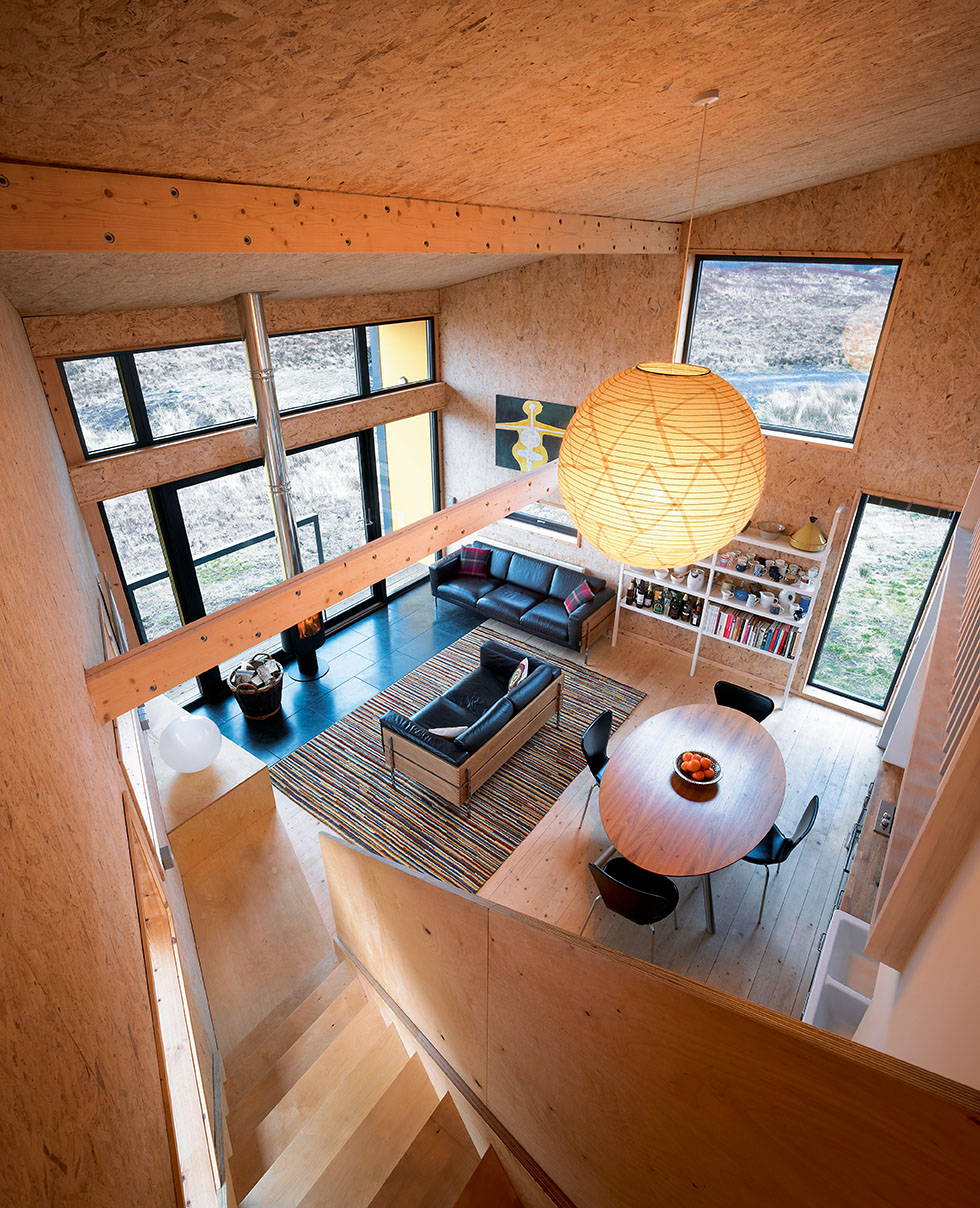 The finished home is undoubtedly an eco minimalist triumph, as the £40 per month heating bills attest. But the house, which is located on the edge of a small township on the windswept west coast of the island, is so much more than this. In design terms it is far from conventional, yet the asymmetrical timber frame, larch cladding and corrugated fibre-cement roof take their cues from the no-fuss agricultural sheds that are scattered around the area.

“The default house design in the area is the white cottage,” explains architect Alan Dickson from Rural Design. “But between every white cottage there’s some kind of byre, corrugated iron shed or lean-to. The lean-to wedge shape also allowed the house to be twisted and narrowed to the north, where there are the most stunning views.” 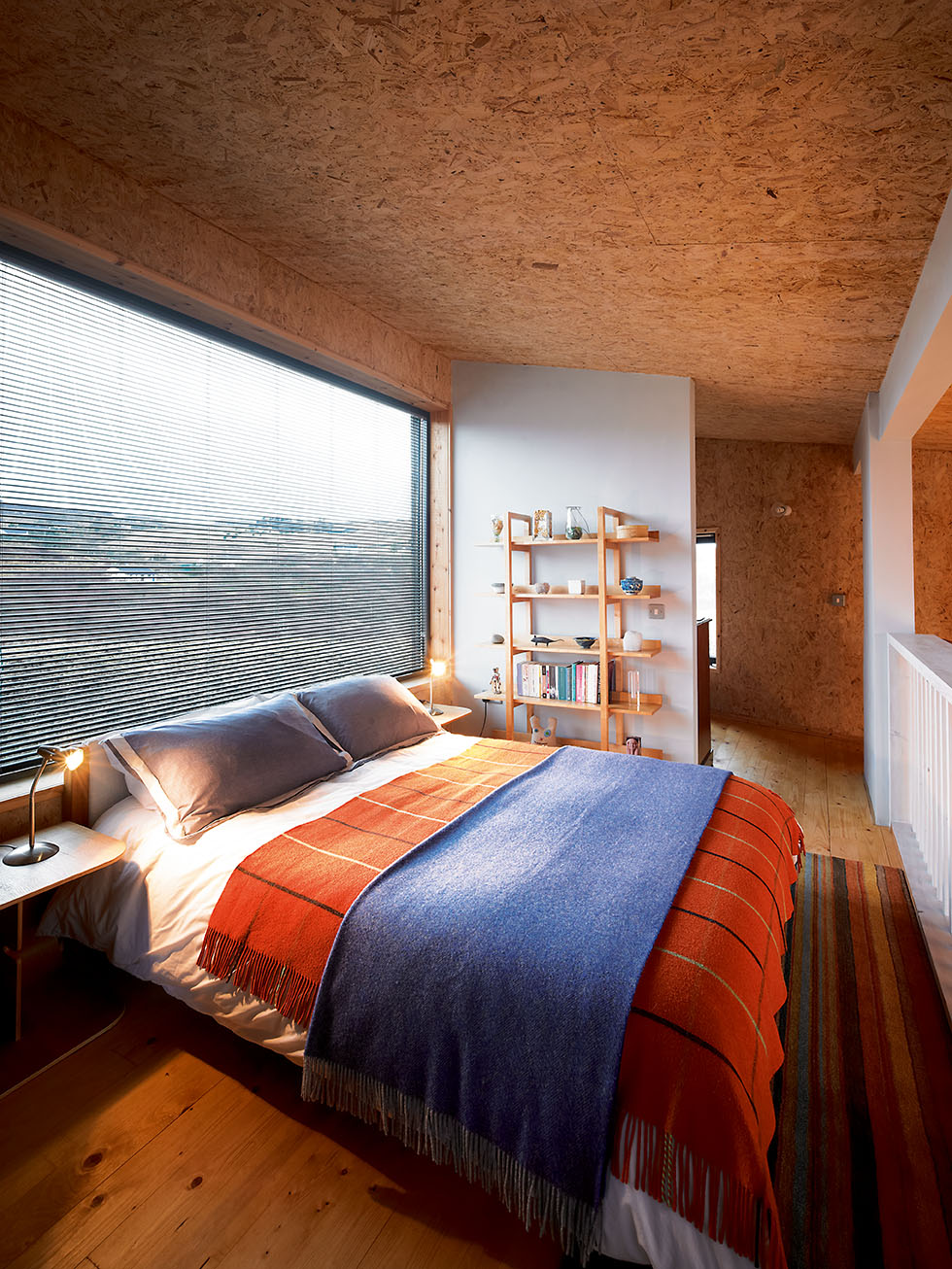 “The views have been carefully thought out,” adds Nick. “The glazed gable faces north over to the loch with slot windows to the west that look out to mountains. On the south side there’s a huge window that effectively heats the house.” 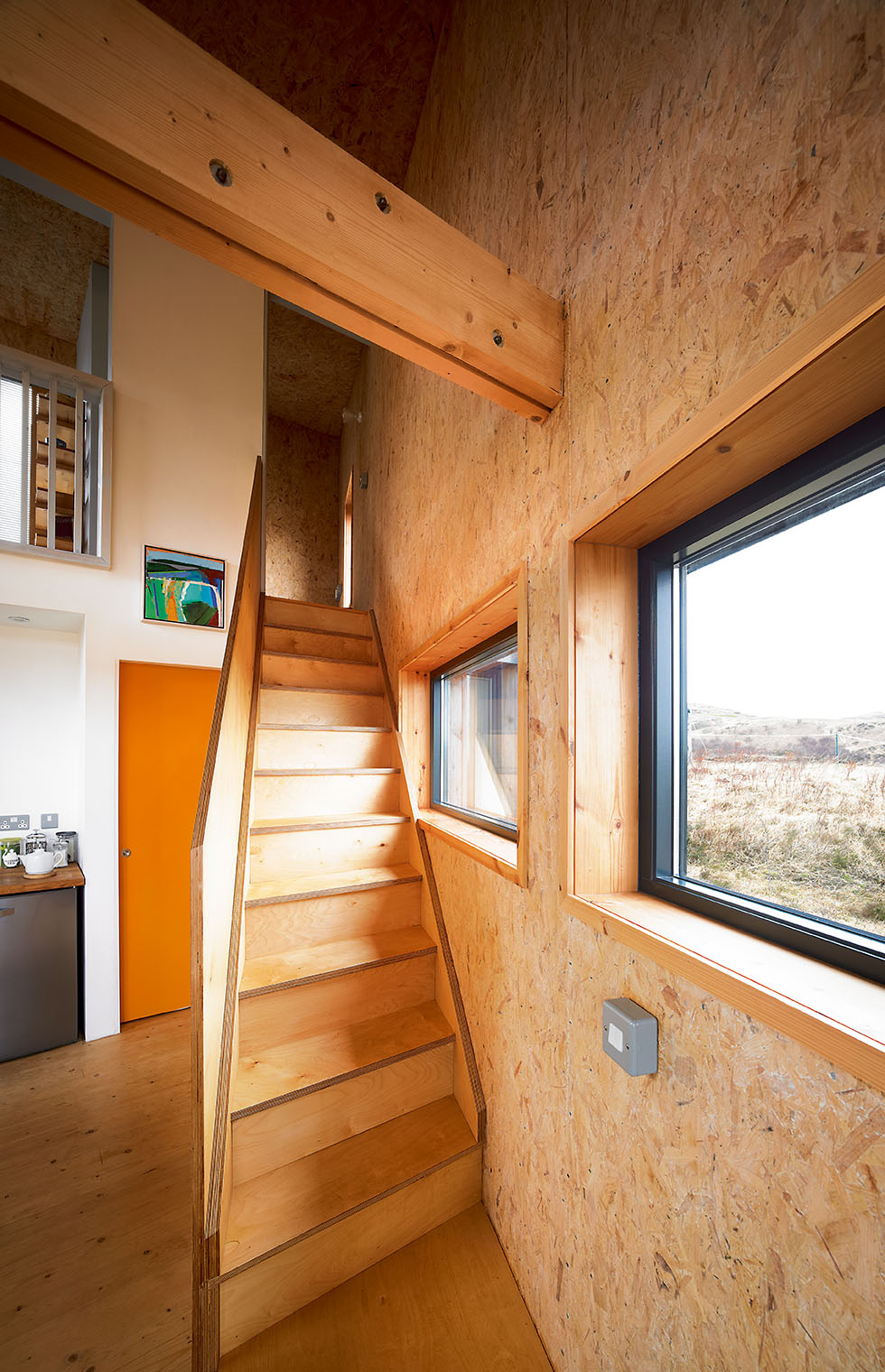 “It’s a compact building [70m²] and came together easily. It also went through planning quickly,” says Nick. “It was cheap to build [£123,000], but the construction is high spec. We have highly insulated ceilings and walls, and we’re not using much energy to heat the house, just solar gain and a multi-fuel stove.”

The piéce de résistance of the couple’s eco scheme is a Swedish composting toilet, the Ekolet VS. “The architect was surprised that we wanted to go there!” smiles Nick. “But we’re saving thousands of gallons of water a year.” 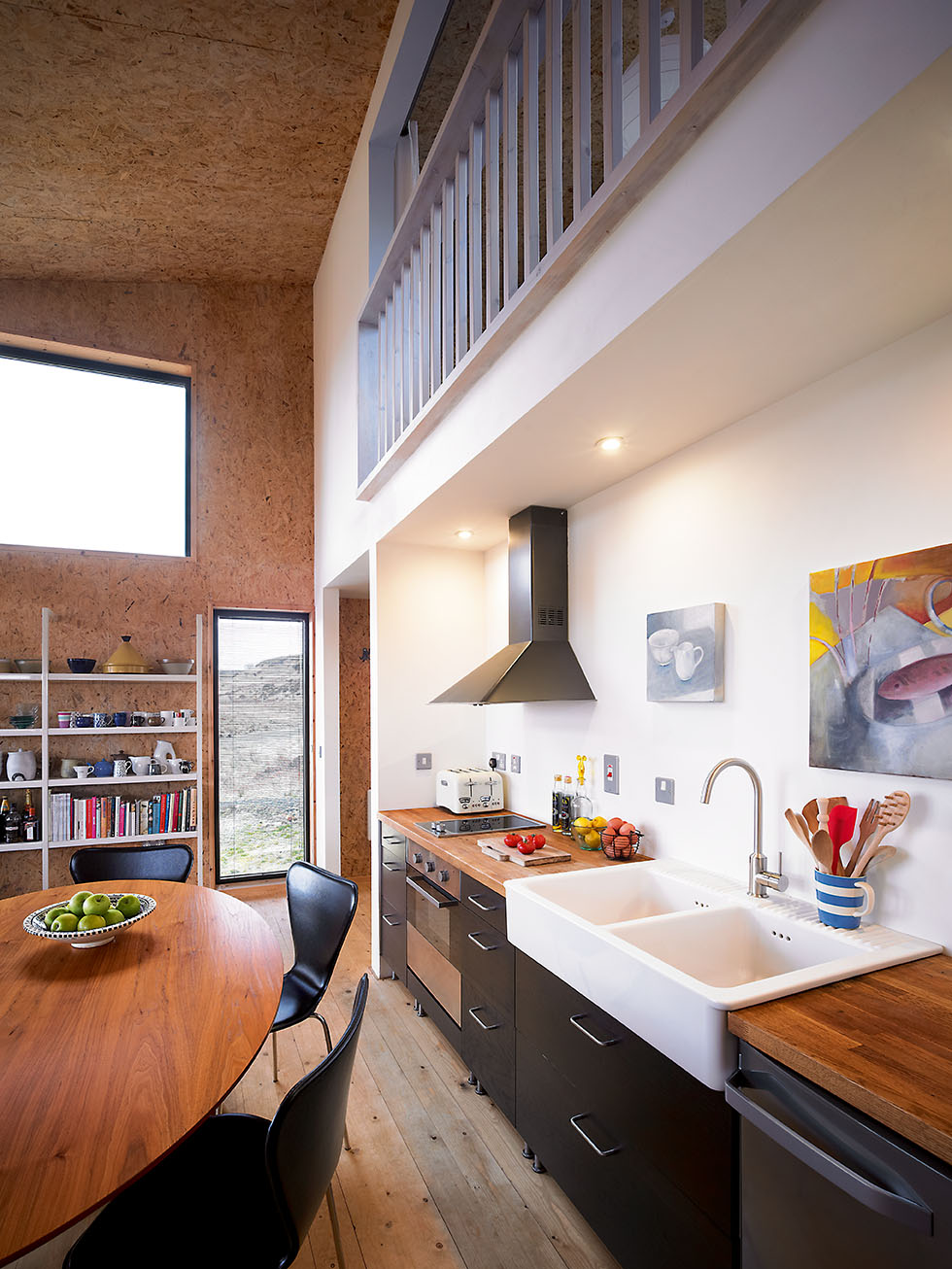 Initially, the house was intended as the family’s holiday home, but once completed Nick and Kate took the dramatic decision to relocate to the island at the end of 2009, where Kate, an artist, now works from home and Nick divides his time as a course director at the University of Coventry. “We’re glad we made the change — it’s stunning up here,” concludes Nick.