The idea of living on a desert island may be an idyllic dream for those exhausted by the stresses of city life, but relaxed island living might not be that unattainable — for just off the east coast of Essex lies the most easterly inhabited island in the UK – known as Mersea, with a resident population of around 6,500 – which is linked to the mainland by The Strood: an artificial causeway about half a mile long which forms part of the B1025 road to Colchester. During high tides The Strood is covered by the sea and becomes almost impassable — catching out many unsuspecting visitors. The islanders are regularly brought together by a host of events ranging from the Christmas pantomime to the Mersea Island Regatta, ensuring a close-knit community reminiscent of village life.

Christine and Harry Sharp had often dreamed of living on Mersea, but could not find a property on the island which suited their requirements. “We viewed a rather unattractive bungalow on Mersea Island which had a two storey extension. The rooms were poorly organised, so we actually rejected it out of hand and continued to view other properties.”

Harry is a building surveyor by profession, working freelance as a building estimator and project manager for large commercial projects. Some years ago the couple had built a timber framed holiday home for Harry’s mother but, even with this pedigree, they had never considered building their own home from scratch due to the lack of affordable plots of land. This was until they attended a self-build show and realised that it might be possible to replace the tatty bungalow they had viewed with a new house designed for their own requirements.

“We enjoy sailing and wanted to live close to the water, so the island location was ideal with the sea just a 15-minute walk from the front gate,” says Harry. “The bungalow also had a lovely two-thirds-of-an-acre garden overlooking agricultural land to the west, so we bought it – but didn’t have the heart to tell the elderly owners about our plans. We had spoken to the planning officer and knew that we could build something to replace it, and we were well fired up by then!” 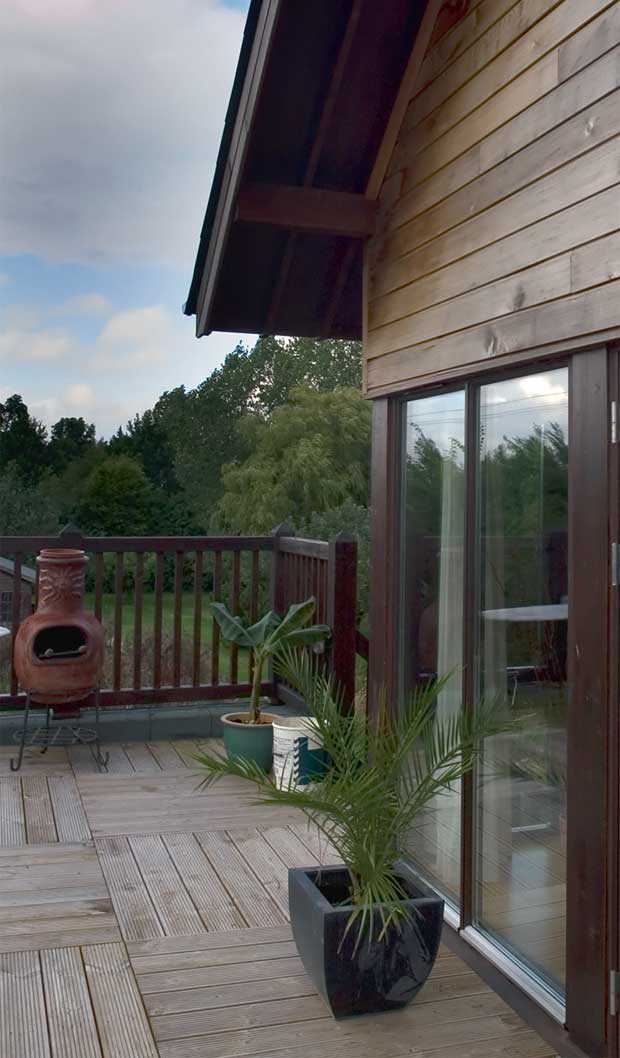 Harry and Christine went to see three architects before meeting Robin Matthews of Stanley Bragg Architects in Colchester. They explained that they wanted to build a timber framed house with the living rooms positioned upstairs to take advantage of the views, and despite the fact that the planners preferred a more traditional design, with a detached garage, planning permission was granted for a contemporary cedar-clad property formed around a central three storey tower.

Building began in January 2003 with the demolition of the existing brick bungalow. Piled foundations were constructed to compensate for the clay soil and the couple commissioned Southern Timber Frame in Southampton to provide and erect the frame and cedar cladding. Harry acted as overall project manager with Christine sourcing materials, and their youngest son, Matt, worked on site and helped to co-ordinate the various subcontractors. Corner windows and an intricate roof ensured that the house proved complex to build, but was still completed in just under a year – despite the need to check tide times prior to organising deliveries from the mainland.

“Building a prominent contemporary house on a small island was always going to cause a stir, particularly as our plot is situated in a Countryside Conservation Area,” says Christine, a former teacher who now volunteers for the charity Home-Start. “We kept our neighbours and the local Parish Council informed of our plans, and were delighted by their positive reaction.” 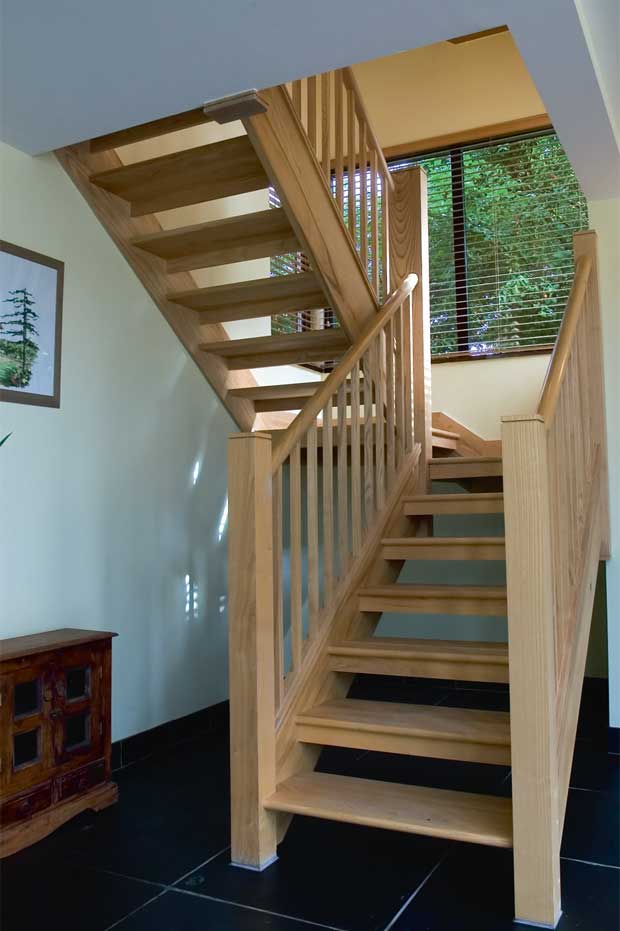 It has taken Harry and Christine time to adapt to living in a reverse-level house, but they both enjoy having a kitchen which is totally open plan to the living and dining rooms. The first floor kitchen stands within the tower and has a standard-height ceiling, but the dining and living areas are open to the apex of the roof and feature exposed Douglas fir structural timbers. The dining area leads out onto a spacious terrace, formed on the roof of the integral garage, and is partially divided from the living room by a monolithic tapering brick fireplace, open on two sides, which was designed by Harry and Christine.

Swedhouse supplied the windows and four sets of double doors for the house, but the company only offers outward-opening units, which are ideal for accessing a balcony or decking but can prove impractical for entrance doors in this country. The Sharps decided to commission a pair of triple-glazed inward-opening double doors from local company Essex Woodcraft, which match the windows perfectly and – at 2.3m high – make an imposing entrance into the glazed atrium.

Christine and Harry love the attention that building such an unusual house has attracted. “Holidaymakers come to the island to walk the nearby local footpaths, often stopping at our gate for a look,” says Harry. “The house has become quite a local landmark. We love it for its location and overall design, and to know that other people admire it does make it really special.